I get made fun of a lot for reading recipes to cook and for the fact I can make difficult things but when it comes to the easy stuff, like eggs, I don’t have much experience there. Strange right? I guess I taught myself to cook with the help of both of my grandma’s from recipes though so that easy stuff that you don’t have recipes for I’m at a loss.

Back in December when we went to Ft. Worth, we ate at a restaurant called Ol’ South on University that is known for their German Pancake. I can’t say I’m just a huge fan of the German Pancake though so I went with a Greek Omelet. It was nice too, that it kind of fell along with the “diet” I’m doing. And I know I know, you’re not supposed to call it a diet these days… that’s why the quotes 😉.

My Greek omelet was egg whites, spinach, Feta cheese, and black olives. I decided I could probably recreate that at home, right? You know, no experience making eggs and all but surely I could, right? Enter my latest cookbook… Eat Like a Gilmore: The Unofficial Cookbook for Fans of Gilmore Girls. I got it sometime after we got back from Ft. Worth and I was flipping through it. I happened to see an Egg White Omelet recipe so I decided to read through it, and then add my own fillings/toppings. 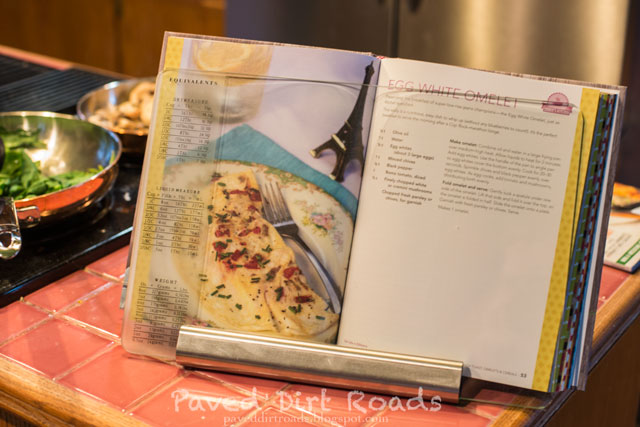 My first thought though was to wilt my spinach and cook my mushrooms.  A couple swirls around the pan of Extra Virgin Olive Oil and the spinach/mushrooms. I had 2 pans going. My Mushrooms I actually put in a separate pan with the spray butter that is like no calories, no fat, something or other. I don’t exactly know. There are different types, one is a blue bottle and one is I can’t Believe It’s Not Butter… yeah that stuff you know what I’m talking about right? If you lived in the 90’s surely you do because they had commercials like crazy! 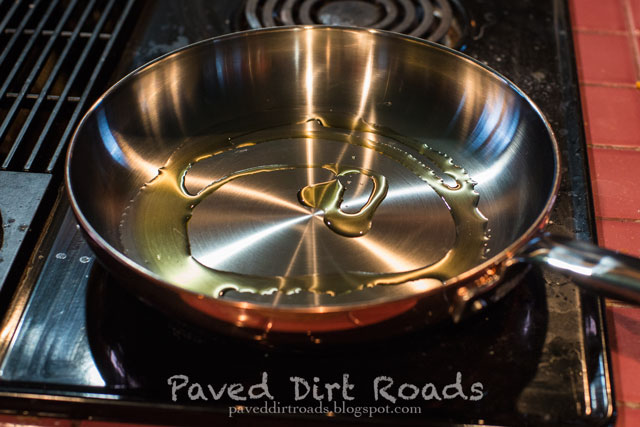 My mushrooms I sprayed with about 8 pumps of that butter and let them do their thing. Once they get started I salt them. 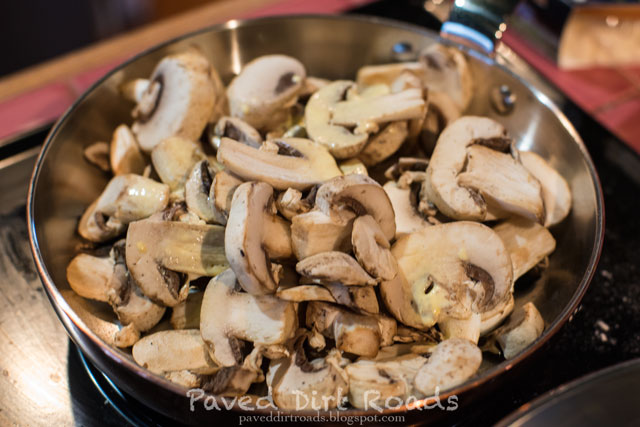 The spinach I just let it wilt down in the EVOO (thank you Rachael Ray for that terminology) and at the very last minute I added the mushrooms and then black olives. 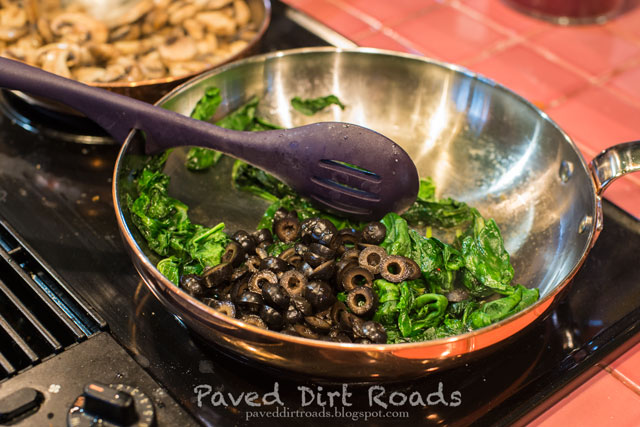 So the recipe on making the egg white omelet said to use 1/2 cup of the liquid egg whites and whisk quickly. Then put 2 tbsp of the EVOO in the pan, swirl around and then pour your egg whites in after you’ve whisked them. Now, the cookbook said to put over medium high heat to cook the egg. I’ll let you know I wound up with scrambled eggs. Whoops. See, no experience with the easy stuff….

My second attempt I went to YouTube for help. It said to do it on medium low heat. It also said you put the eggs in the pan, move the pan back and forth over the eat while running a spatula through the eggs for a few minutes and then let it start cooking. Take a rubber spatula and run around it to keep it from sticking. 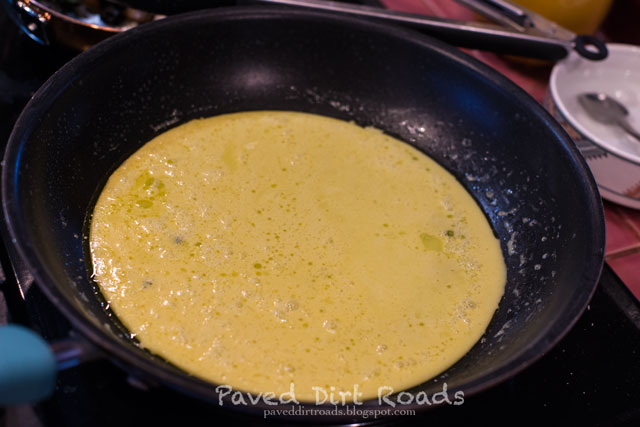 I placed my ingredients in the middle, flipped the side over, and pressed. Then I pulled it out onto a plate. So, they may not look the best, but they sure tasted good. And make sure not to forget the Feta Cheese… that’s what makes a Greek Omelet! 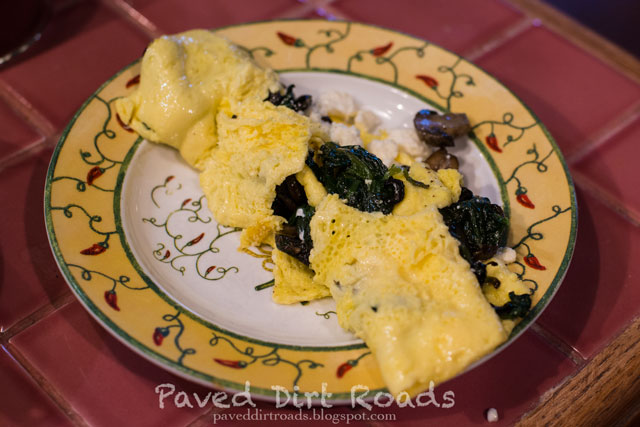 So… while mine didn’t look pretty, it tasted GREAT! Any tips on making eggs I’ll take them, remember, I don’t know how to make things that are easy… I’m still learning. I’m the one who wants to write a cookbook. Wish me luck!!

One thought on “Greek Omelet”