It’s Monday, already? Can I please have a weekend to recover from my weekend, or even just a day. I’m so worn out!

Before I write a post on my weekend though, let’s write up a post that started the tiredness… the CHIEFS 1st Home Game!

Not that I’m complaining, but I’m complaining a little bit, can we please just have games on Sunday’s at noon. That way no late nights. haha… let’s see if they listen to my plea (which I know the answer… I’m okay with them ignoring it).

Normally we wouldn’t attend a night game like this, but this was an exception… 1st Home game of the season + it was against the Denver Broncos. Do you blame us for going?

Normally we have a large tailgating spread, but this time, since it was a Thursday night and the first home game, which also makes the Red Coater’s help Paint the town red, it was a long night so Dan and Grady said they’d take care of it. Dan wanted me to point out that this is how he and Grady cook. 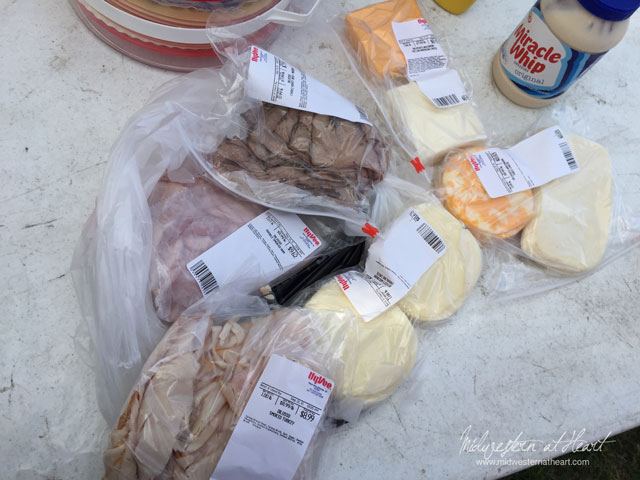 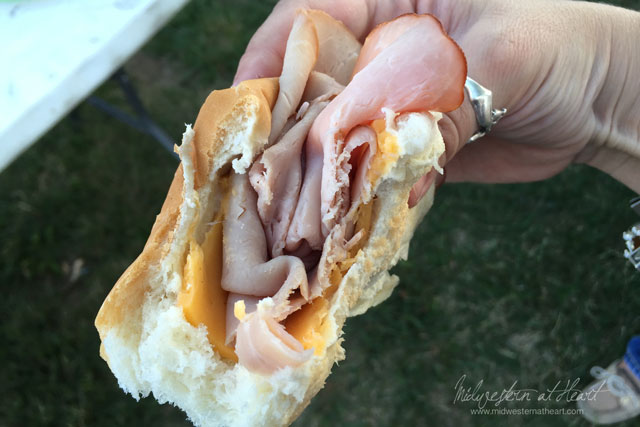 There was lots of commotion going on where we were sitting, hanging out. DW and I were giving each other fits about horses, not the Broncos, just horses in general, you know the four legged creatures you ride. A guy next to us came over and was talking to us, plus doing push-ups but I don’t know why (on the push-ups)… other than he was in the army and stationed at Fort Lost in the Woods (oh wait, that’s what hubby calls it. He was in the army, I guess he’s entitled….) Fort Leonard Wood. People were playing that tossing golf game thing (lower left in the picture) and local tv crews were interviewing Chiefs and Bronco’s fans. 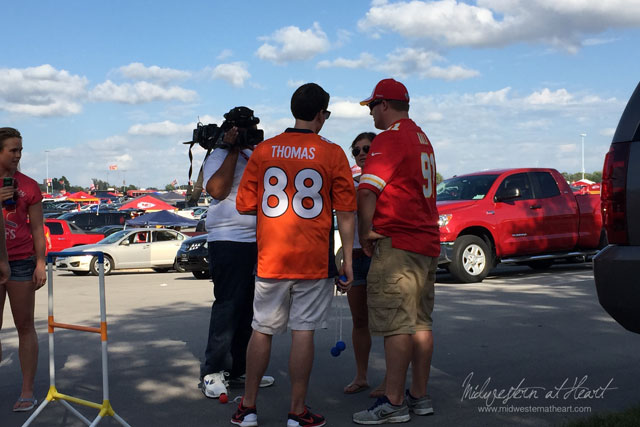 The game started at 7:25pm (random time… why not 7:30?) so around 6:30 our Red Coaters had to go over for the parade. Initially we were going to go watch, but we didn’t. I don’t know why, I didn’t ask. Around 7 though we wandered toward the stadium. Now at first we thought these were socks on their mirrors but turns out they are mirror covers. 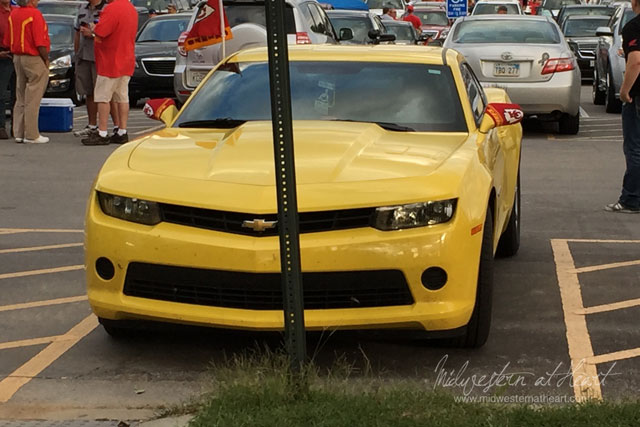 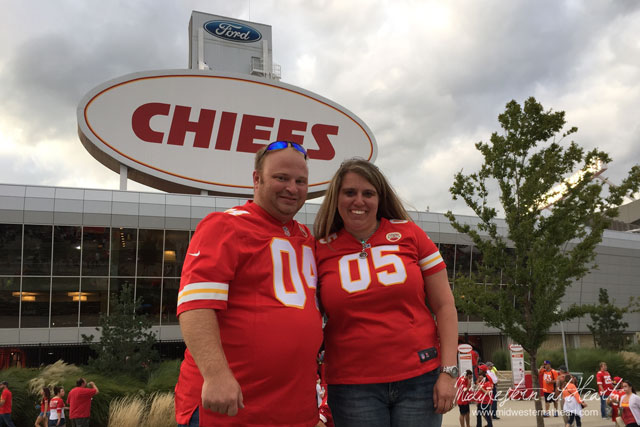 Once we got in, it was time to trek to our seats, but we saw Dan, Grady & Nancy so we stopped to talk to them. They were so hot they wanted water so we shared with them. We’re nice like that. 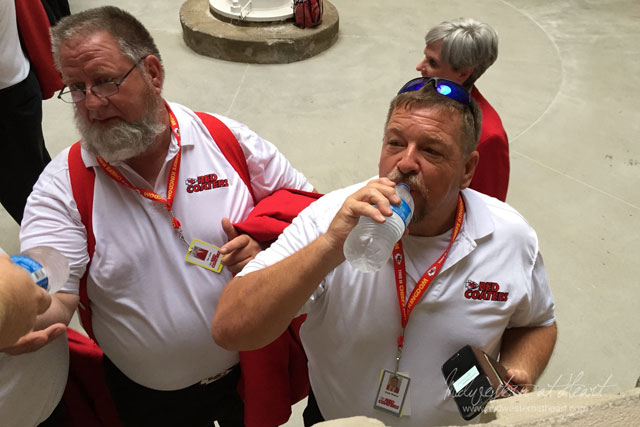 Deb tried to photo bomb us again. (She didn’t have her partner in crime this time though) 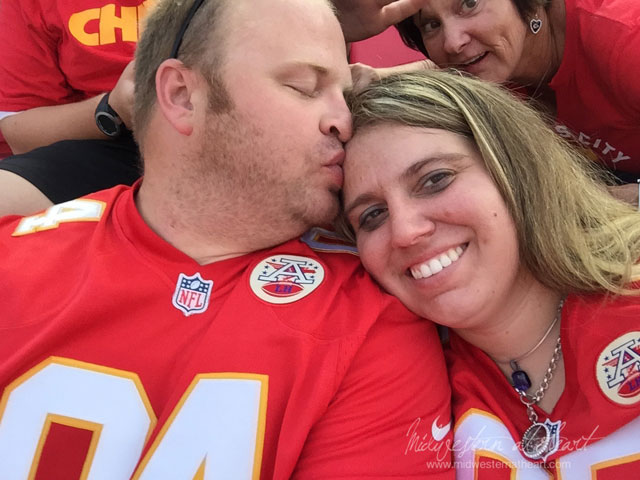 Then it was finally time to introduce KC Wolf, The 2015 Chiefs Cheerleaders, and the Football players (because I guess we need to know them since that’s why we’re there. ha!) 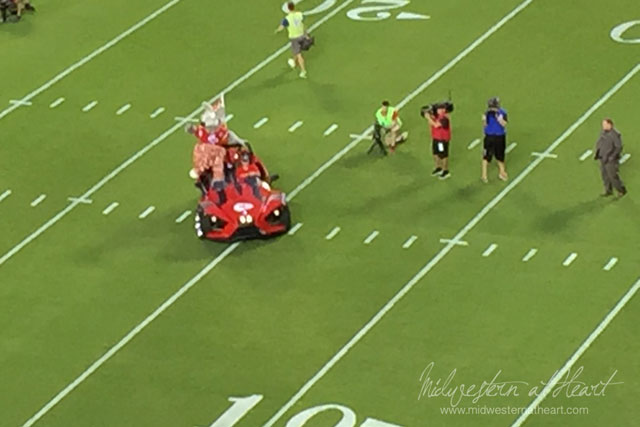 Normally there is a flyover for the 1st Chiefs game. this year it was the Stealth Bomber! Sooooooo cool! 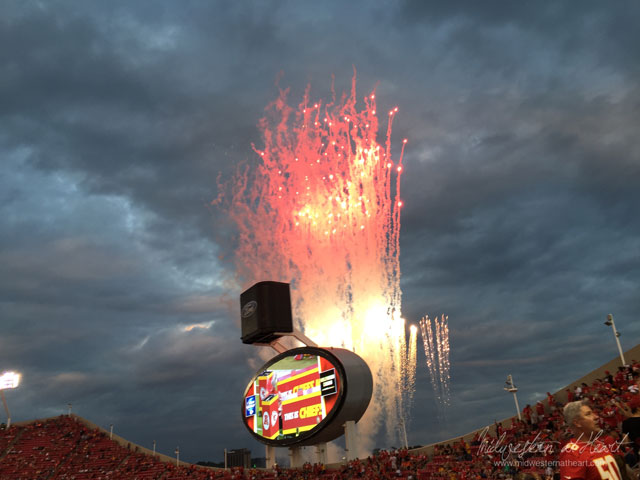 And words cannot describe how awesome this is. Let the flag do the talking! 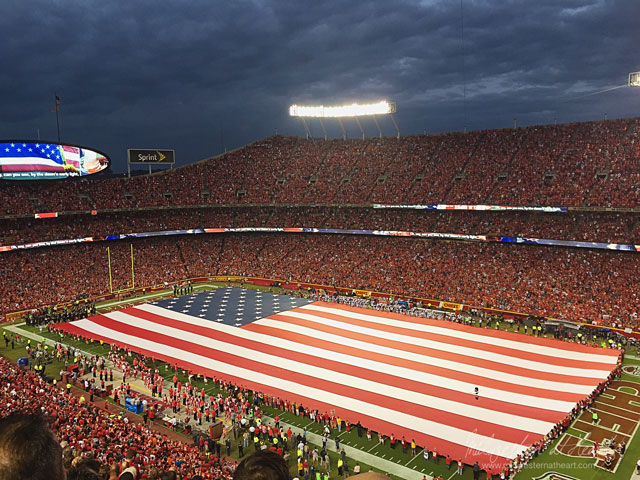 And then it was time for the game. As I mentioned on Friday, they kind of needed to get their heads out of their —. But that’s besides the point. It was a great game to watch truthfully.

And this started the streak of me being tired between getting home and to bed after 11 Wednesday night, up first thing Thursday morning (aka 7am) and not getting to bed until after 2am Friday morning. And the weekend didn’t get much better for sleeping, but that’s another story for another day!