Saturday hubby was off helping the Missouri Governors Mounted Guard. Squirrel girl and I stayed home so she didn’t get to hot and then we showed up later in the evening. I asked him to take pictures for me so I could write a blog post… dun dun dun, he didn’t. I asked him how I was supposed to write a blog post with no pictures. So that being said, I guess you can tell I like pictures… that is if you didn’t already know that. I guess what I’m trying to do is justify my number of pictures for today’s post. So without further ado, Today’s blog post…..

Thursday night started off our round of Fourth of July parties. The first Thursday of the month is our Extreme Dive Club meeting and being as though it was July, that mean the Fourth of July bash!

Wednesday’s I usually go to the dive shop to work on blog posts for the Extreme Sports Scuba blog as well as help out in any way I can. During the summer on Wednesday nights there is a local children’s camp that we go help out at with try Scuba. But being 4th of July week, there was no camp. So hubby and I went to Deb & Grady’s to help get the meat ready for Jared to smoke on Thursday.

I usually volunteer anytime anyone needs onions cut up. I love to chop, dice, slice, you name it… 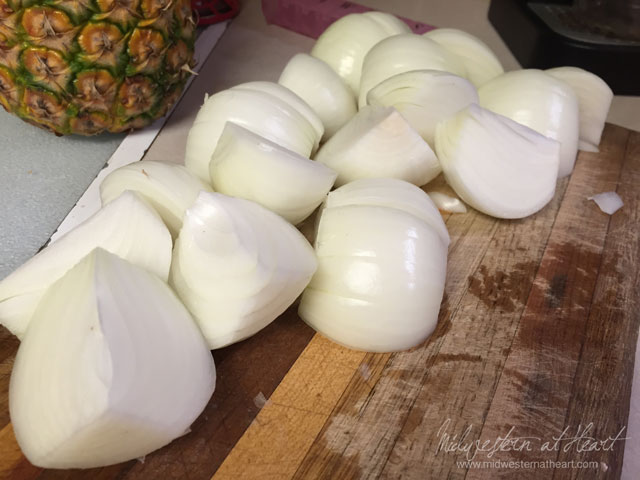 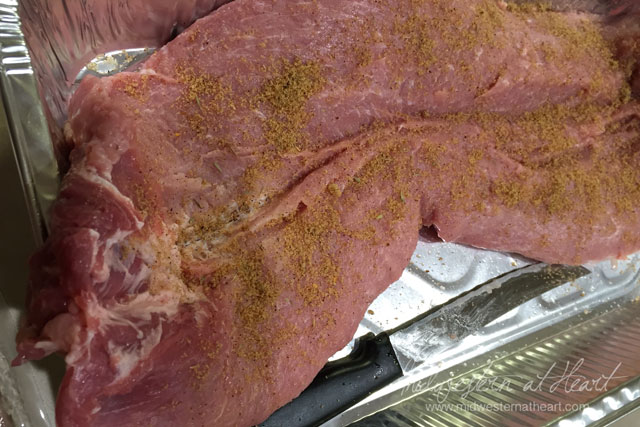 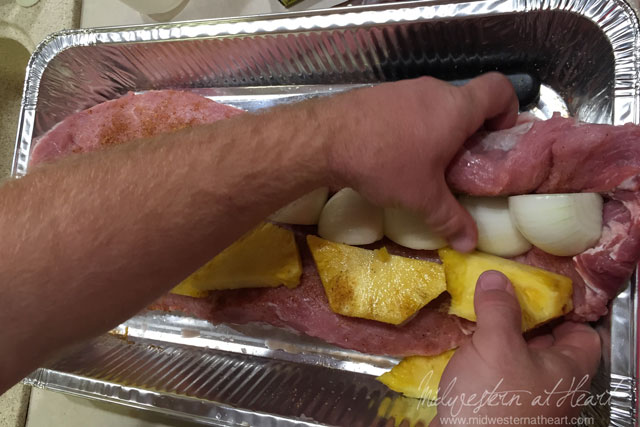 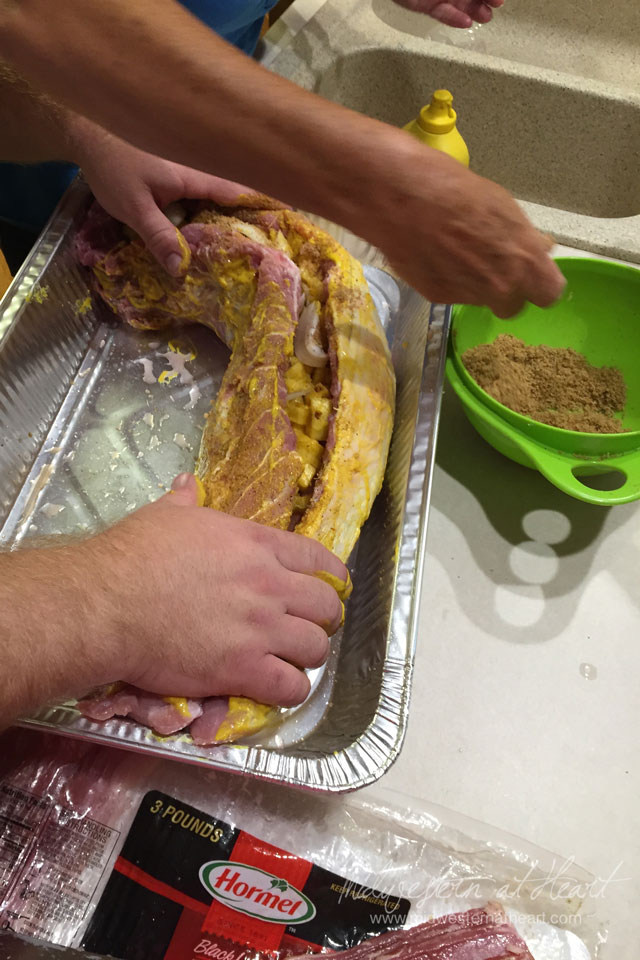 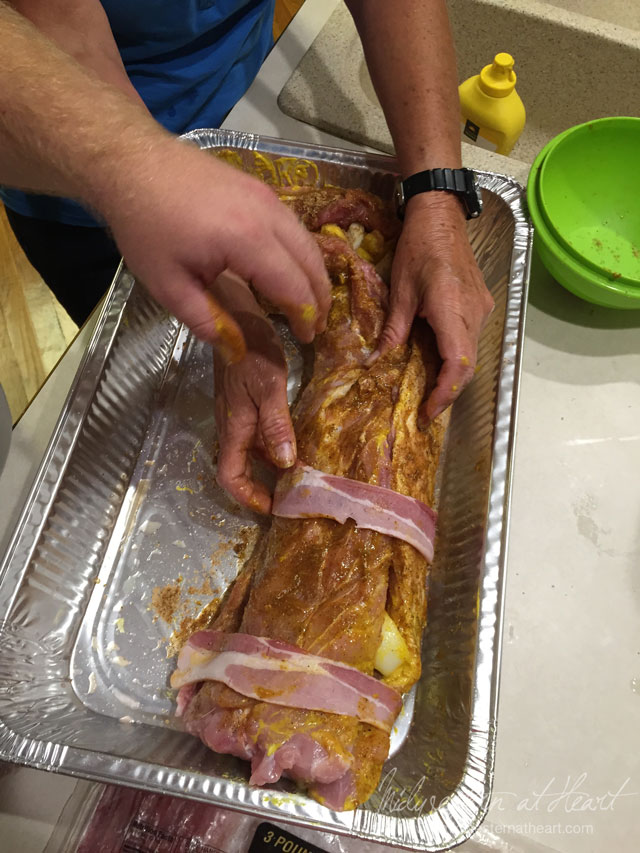 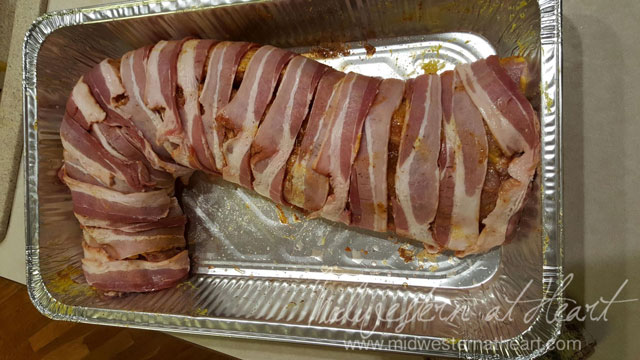 Deb and Jared got up Thursday morning and prepped the turkey so I’m not exactly sure what they did to it.

Pete was less than amused apparently. He was mad he didn’t get any of the scraps. 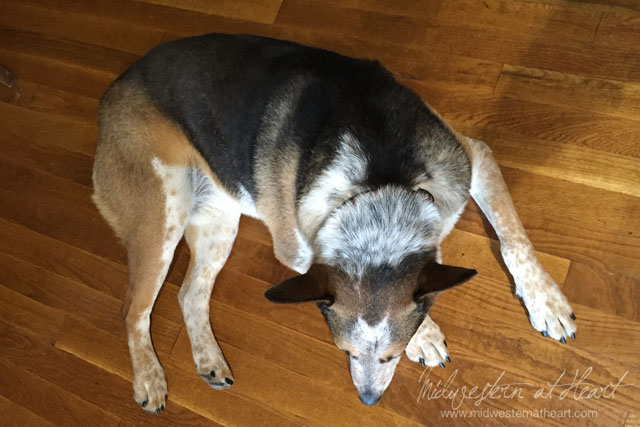 I spent my morning making a red white and blue pie. I made my normal cherry pie but blocked off 1/4 with aluminum foil and made blueberry pie to get my red and blue. I made my blueberry like the cherry except I didn’t cook the blueberries on the stove like I do the cherries. I used aluminum foil to block off a quarter of the pie for the blueberry portion, then once it was placed in removed the foil. Then I made my pie crusts. I got the star Christmas cookie cutter to put stars over the blueberry portion and made stripes for the red portion. aha, red white and blue :). 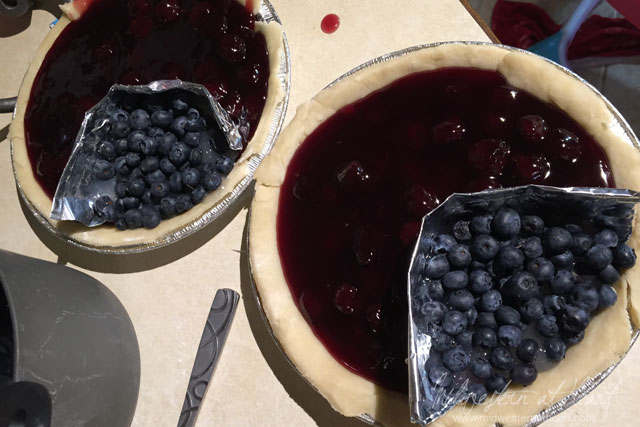 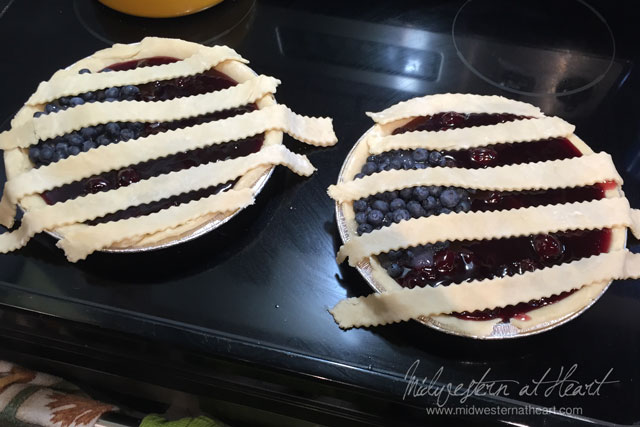 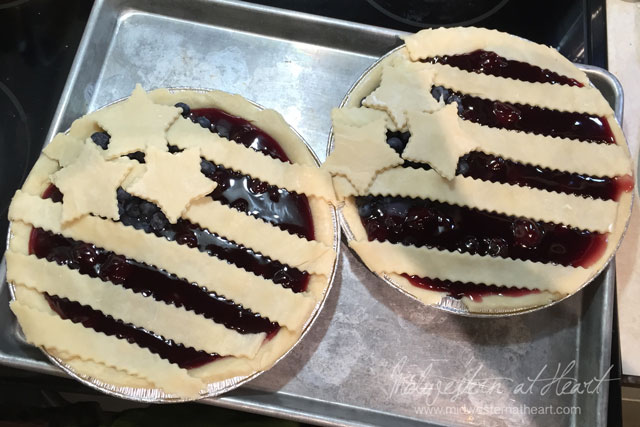 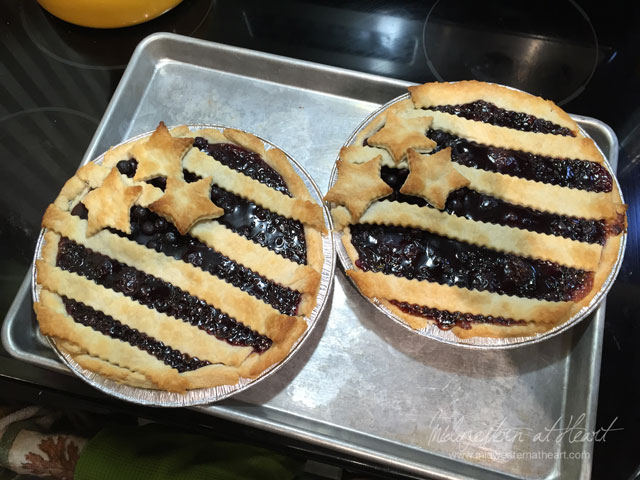 Hubby’s cabbage. It has lots of cabbage, butter, season salt and put into a smoker to cook. 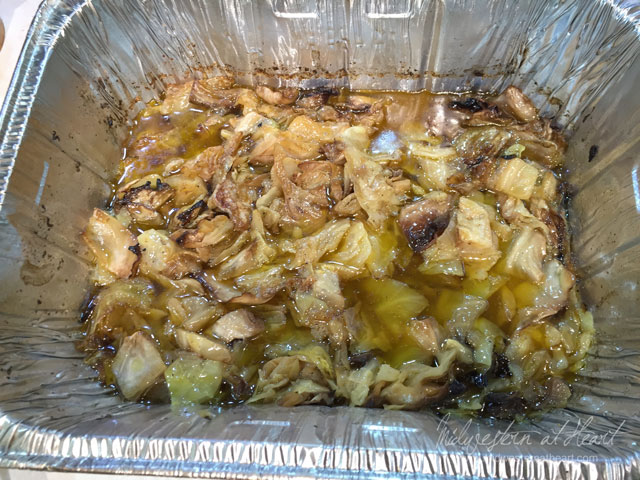 Hubby volunteered me to be at Deb & Grady’s around 1pm… that didn’t work out. By the time I got headed that direction it was 4pm and I went to the shop instead. I spent a few minutes there and then followed Deb to her house to help set up. When we got there we checked on the meat and then placed hubby’s stuff back on the smoker to warm up. Um… doesn’t that look good…? 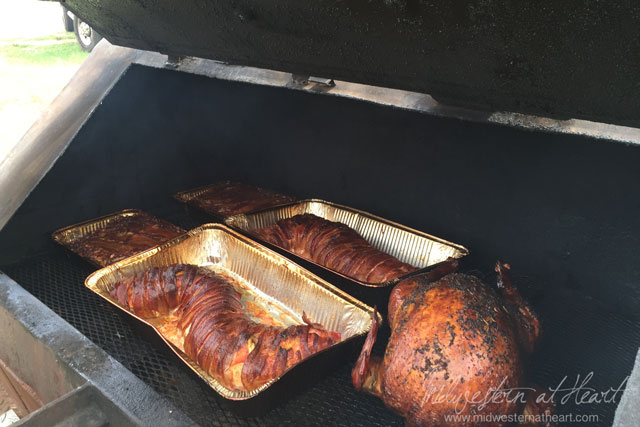 Let me just say… it was! The meeting starts around 6:30 and our motto tends to be, if there is food, they will come. Deb & Grady provided the meat and everyone else provided the sides and dessert. 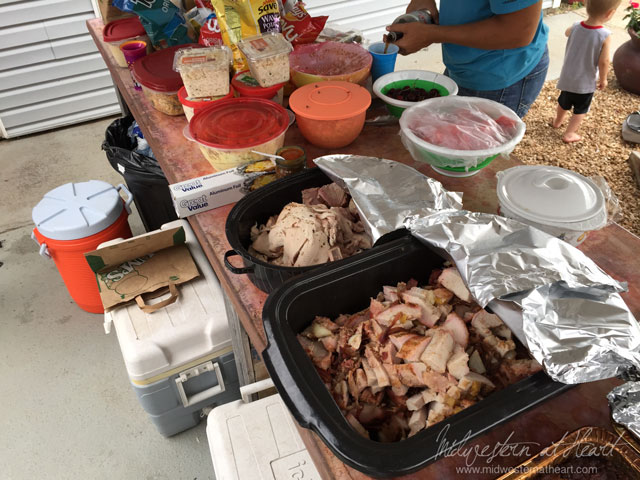 Baby girl was sitting on Priscilla’s lap eating Peanut Butter pie made by Doug. She liked the filling but wasn’t crazy about the chocolate crust. 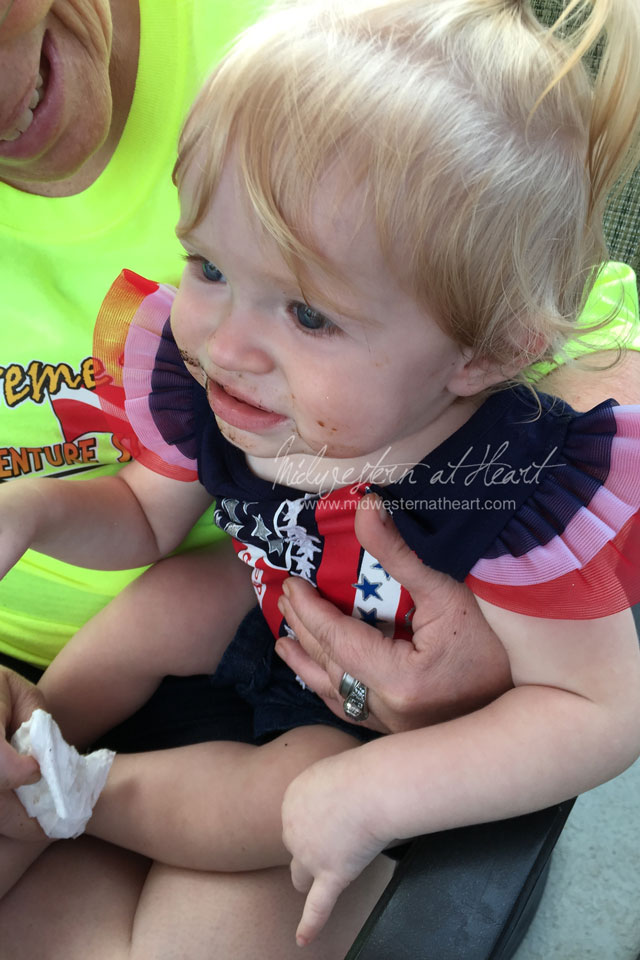 After we were all fed, then it was time for the meet ‘n greet for all the divers who are going to Roatan the end of this month. Can I say jealous? Okay so we’re not supposed to be jealous… is envious okay? There wasn’t much of a formal meeting this month but Deb did give away some of the cards that were obtained these last few weeks through classes. Hubby actually got a new certification… he had enough classes to get Advanced Diver. I told him he sucked but really I was extremely happy for him! Just don’t tell him… lol. 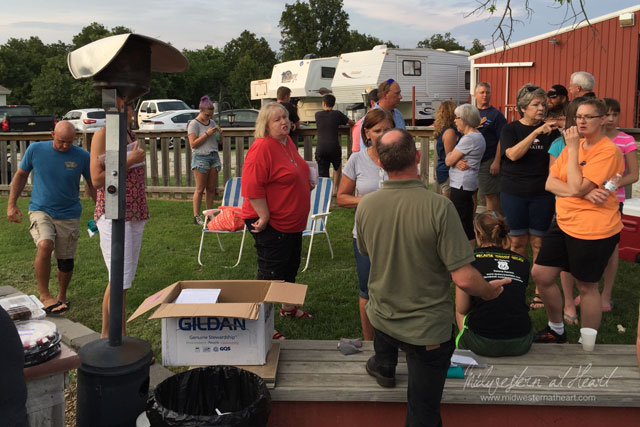 Hubby wasn’t up there for the announcement though… he was off with the boys getting ready for the show. 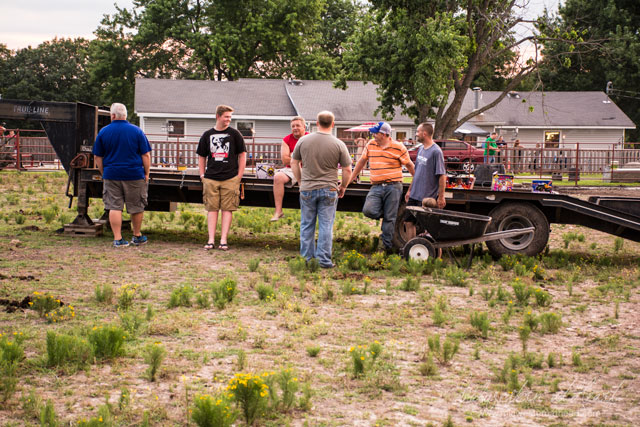 We had a beautiful sunset! And finally it was dark enough and time for the show! 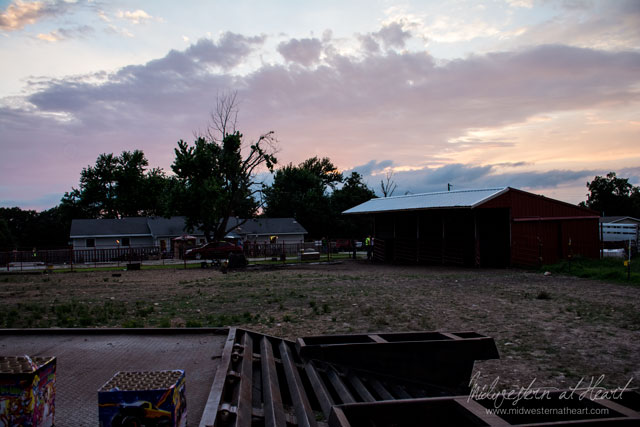 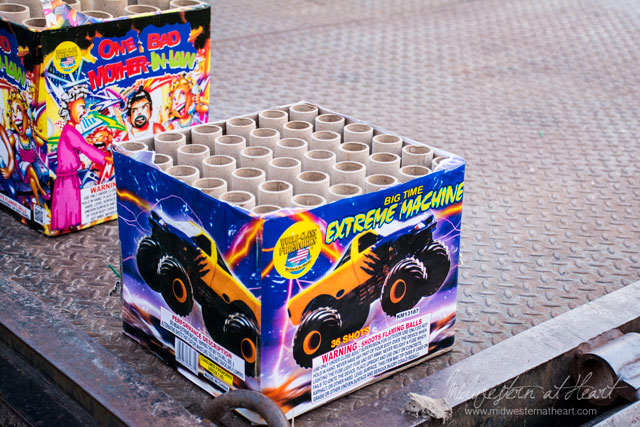 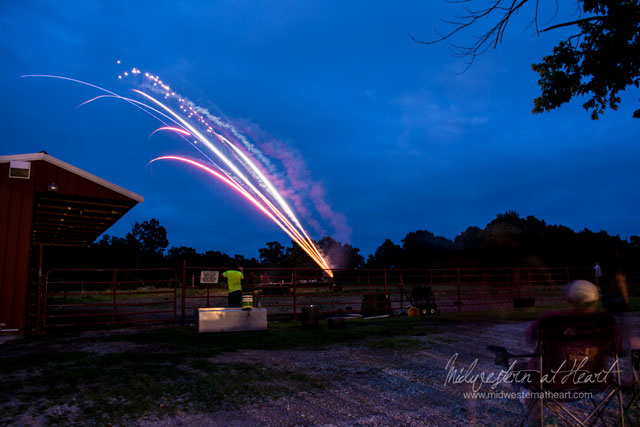 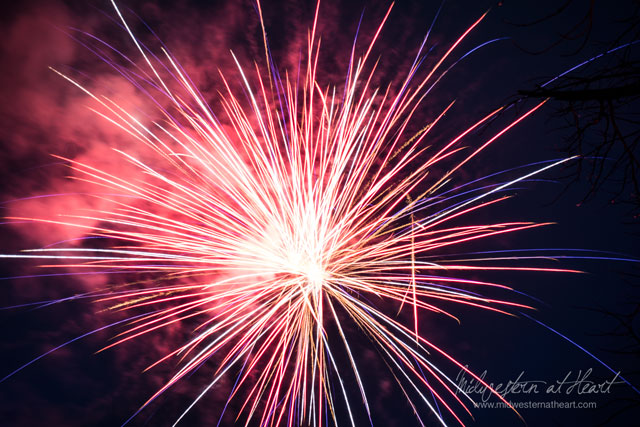 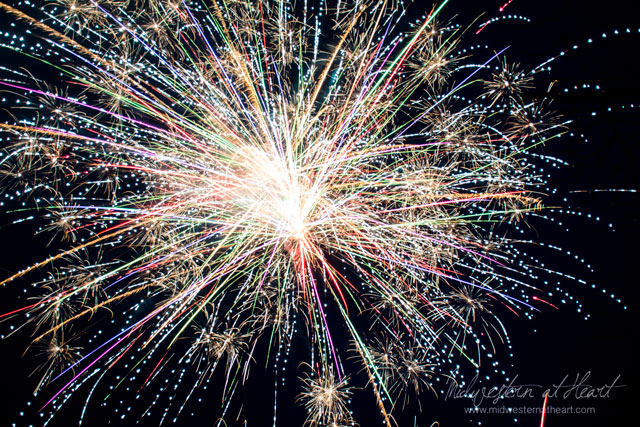 Once the fireworks were over it was time to clean up and call it a night. We helped clean up, hubby put away the food and I washed dishes. Karen held on to baby girl while we were helping and funny story… she went to pick her up, not looking and baby girl’s diaper and pants had fallen off. So we had to get her a clean diaper and put her britches back on :).

About the time we went to leave Grady looked at me and said, can you believe it’s just 10pm. I thought he was joking and he said he wasn’t so I just turned around and walked off. It was a long busy day and it felt like midnight.

And that was the first of the 4th of July celebrations.