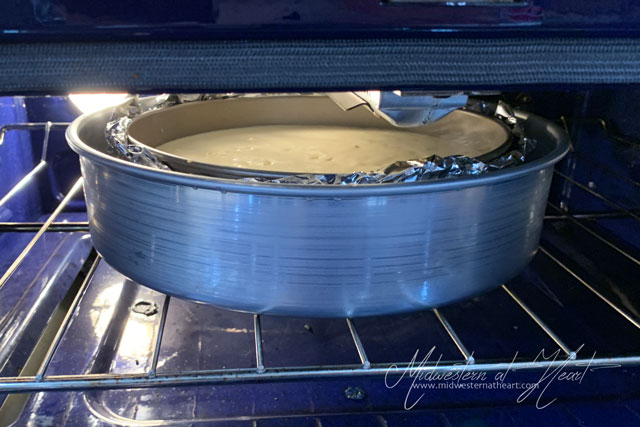 Thanksgiving 2019 has come and gone. Ah, I love Thanksgiving. That might not appear that way as it seems like I slide past it to Christmas, but Thanksgiving is totally about the food. Heck yeah! Anyone who knows me knows I like food.

The day before I decided to make the desserts. I knew the day of I’d be super busy. I got it in my head I wanted a Coconut Cream Pie Cheesecake. Now before anyone asks, no, I’m not pregnant. Yes, I’ve already been asked. I was told this was a weird combination. I didn’t think so though. I really like Coconut Cream Pie and Cheesecake is okay. Why not put them together.

My mom had some medical issues earlier in the summer, which has caused her to eat differently. Then she decided to follow a Keto diet so she gave me a recipe my dad came up with for a Keto Pumpkin Pie. Yey, everyone had dessert. When I invited my mother-in-law, she asked what she could bring. I told her to bring a Chocolate pie that she makes, you know, just in case my cheesecake didn’t turn out. btw, it was amazing! 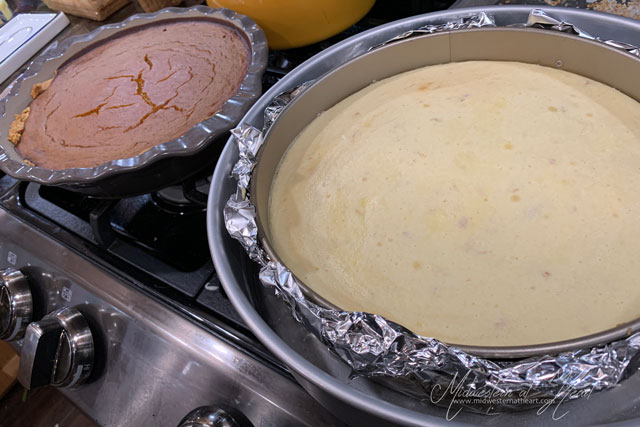 This is the Thanksgiving book. Every year I put a recap in along with all recipes used that year. Yes, I put all recipes even if they already appear. It’s just what I do. This started in 2009 when hubby and I were dating. I just about need a new one, don’t you think? I was hoping to get through Thanksgiving 2020… we’ll see. 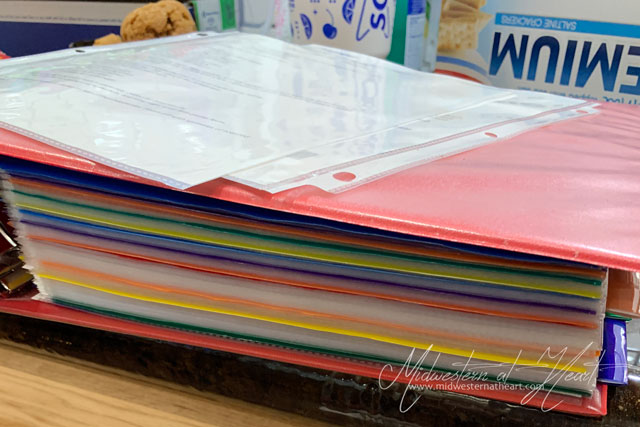 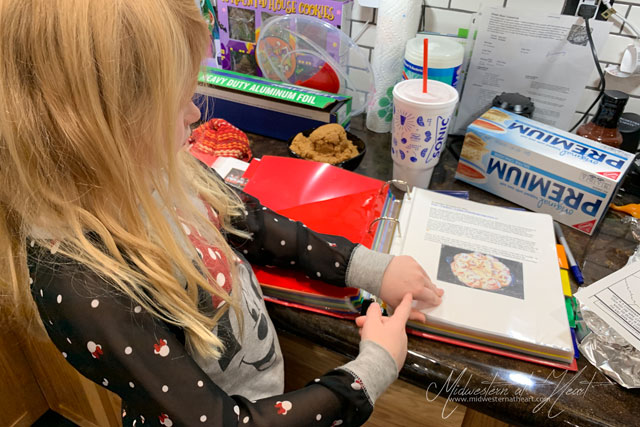 Man we had wind like crazy the night before. Look at the poor trampoline. It is actually hooked on that tree limb. 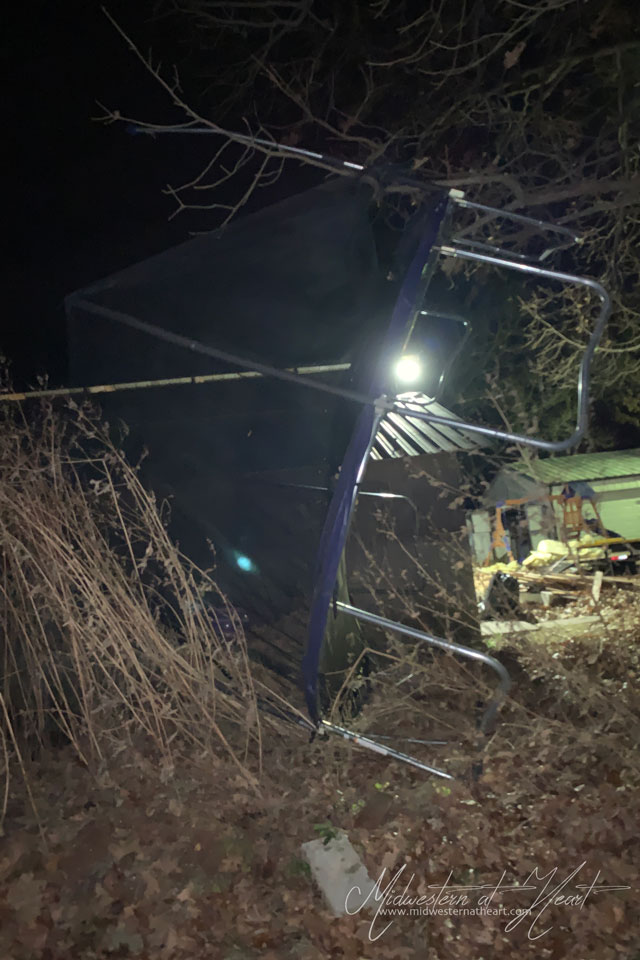 Hubby and I learned that with the bacon-wrapped turkey, it is better to do the bacon ahead of time (even the night before). You then place it in the fridge or even the freezer (for only 15 minutes) and it makes it totally easier to drape over the turkey. 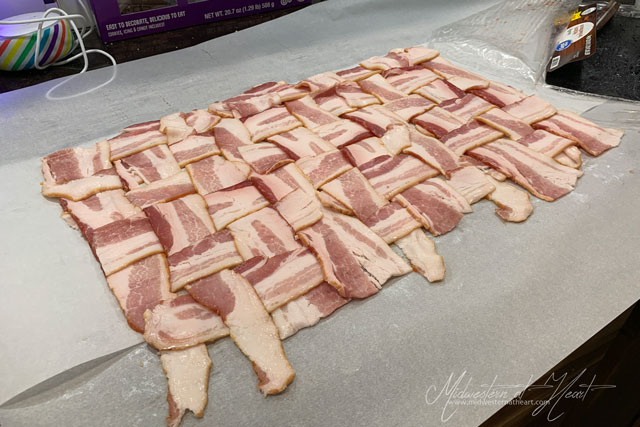 Hubby was on call for work. It kept him up really late, so I came in and found him asleep with Monkey. Monkey is actually the little’s bedtime friend… pal… security monkey? I laughed so hard. 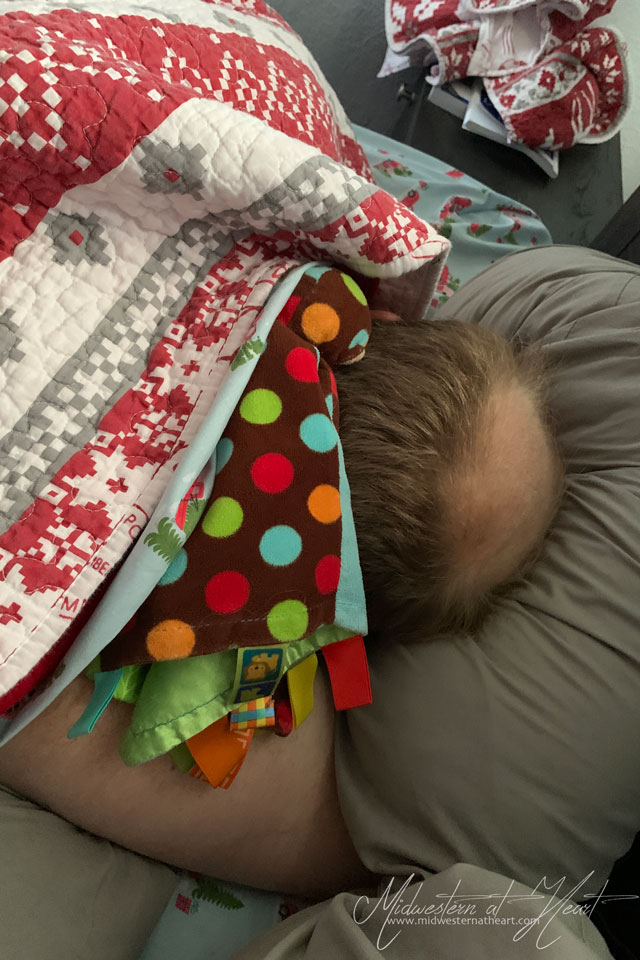 And now the trampoline in the light of day. Ugh! I think other than the net above is okay. I think that’s in bad shape. Plus it’s still hooked on the tree limb. 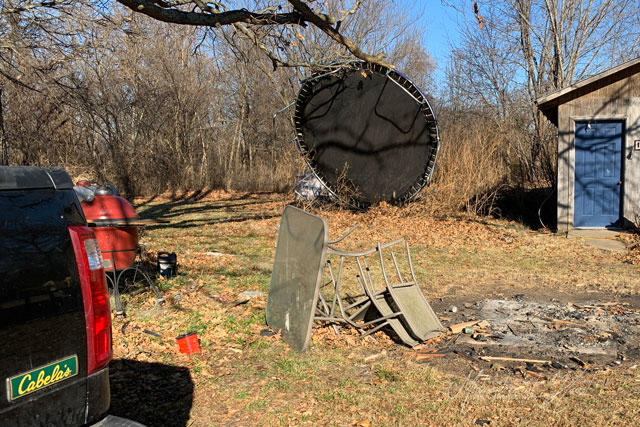 The calm before the storm.

At least someone (or 2 someone’s, well actually Abut too) got a nap… 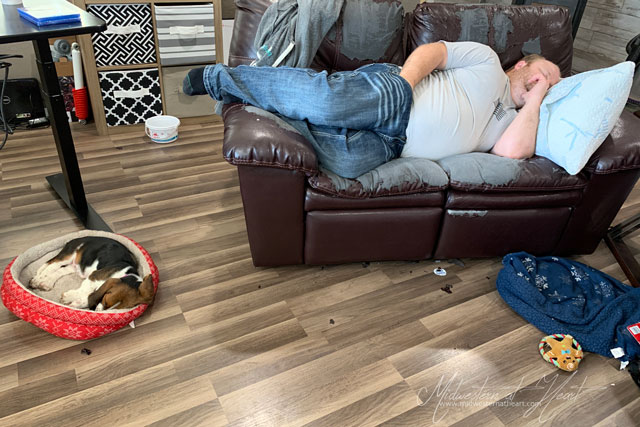 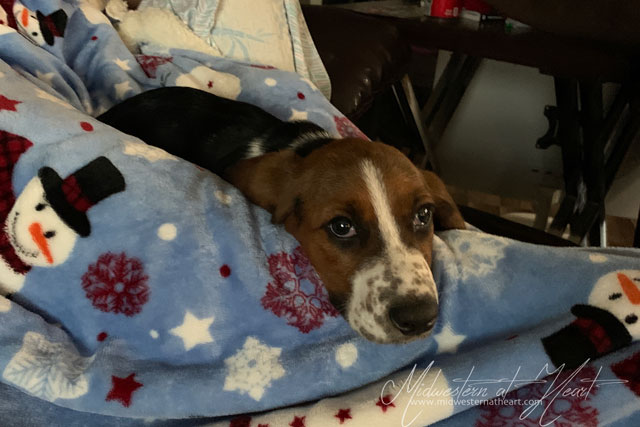 So hubby’s dad has Thanksgiving at his house for the family. We knew that we had to have all our stuff cooking by 2, so we ran into his dad’s house first. 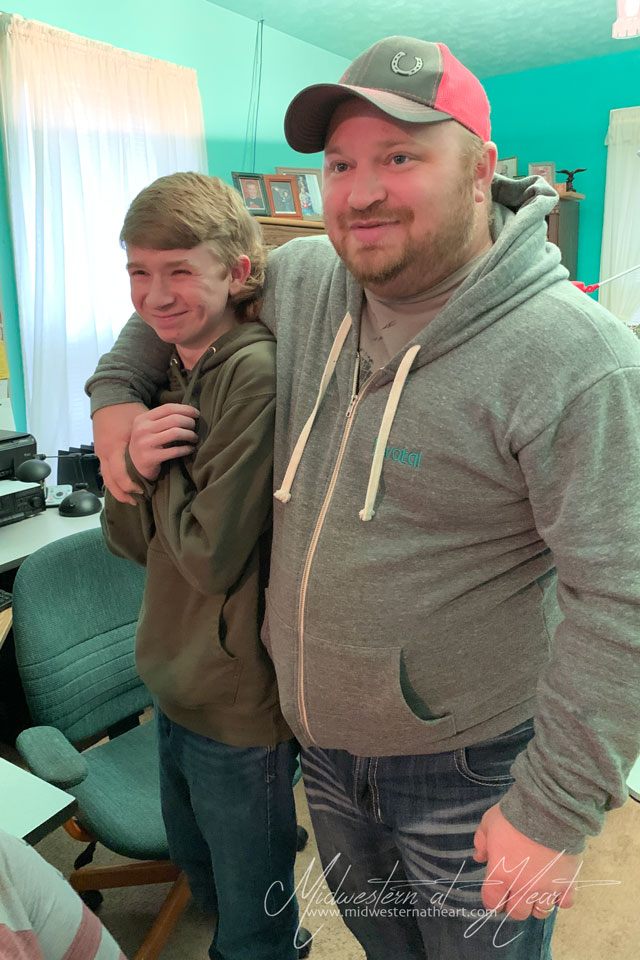 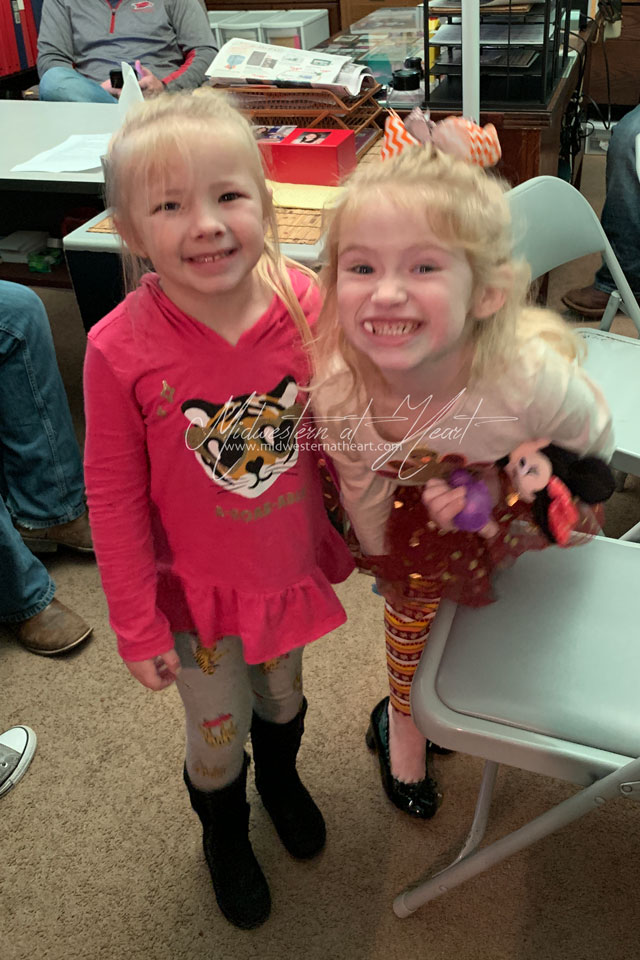 Dill Pickle might be on my list. He was calling poor TF “fat.” If TF is fat, that must make me a gigantic whale. Then he proceeded to tell me he wouldn’t date a fat girl… see… on my list 🙂 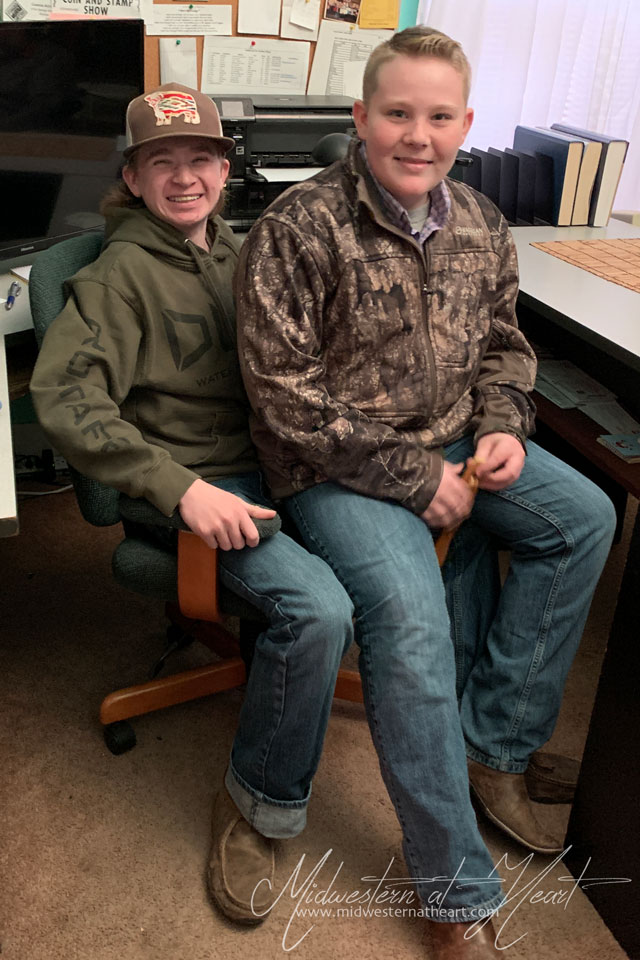 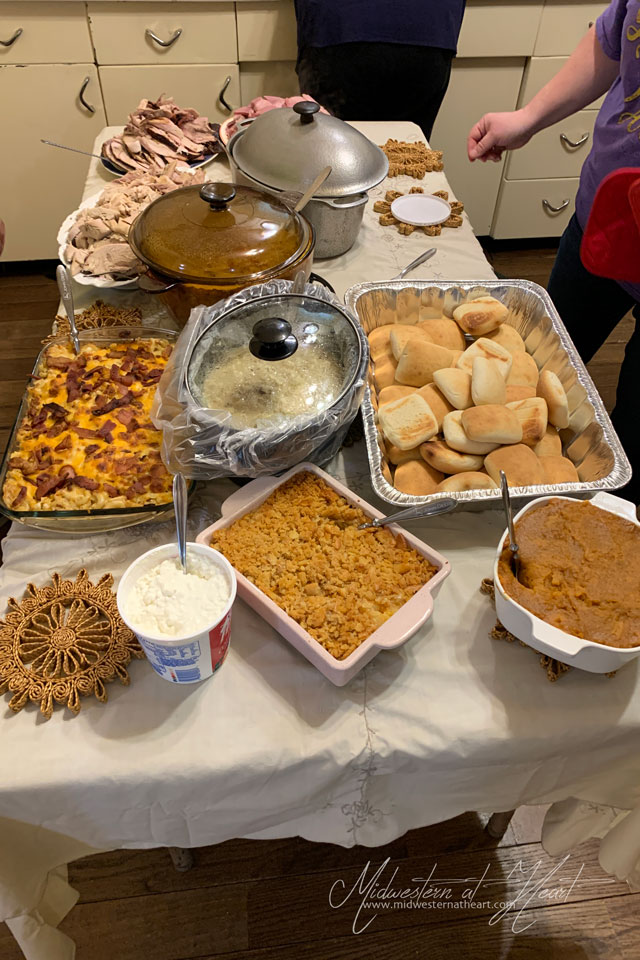 Aunt Cheryl is always the one doing dishes. I had to snap a picture of her. She told me I probably broke the camera. 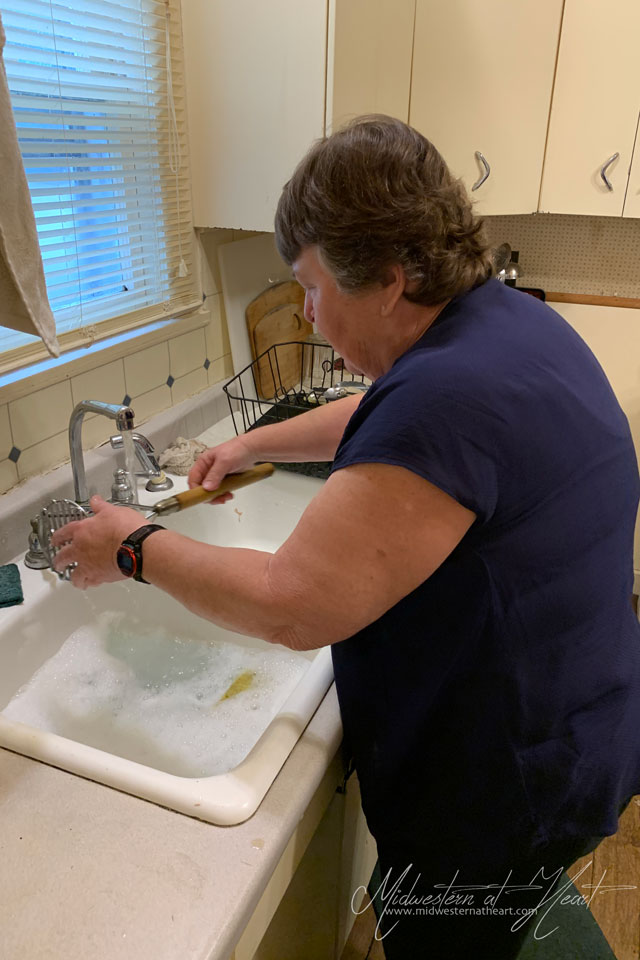 And hubby is usually always picking on one of the kiddos… 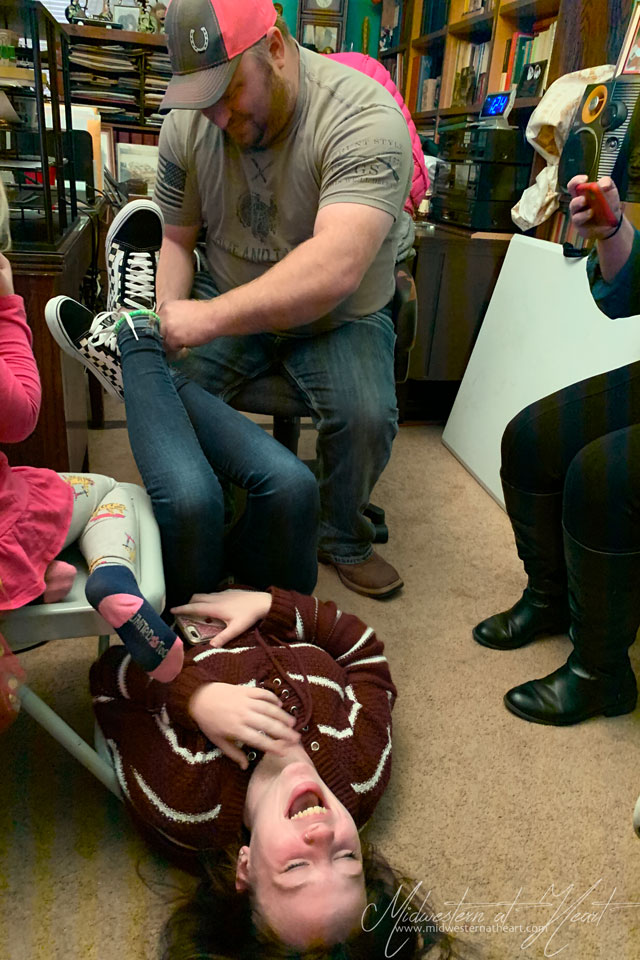 Back at our house… turkey is ready for the oven. We were just waiting for the oven to come to temp. It got done early so we just shut the oven off and left it in the oven. OMG, this was the juiciest turkey ever. WoW! 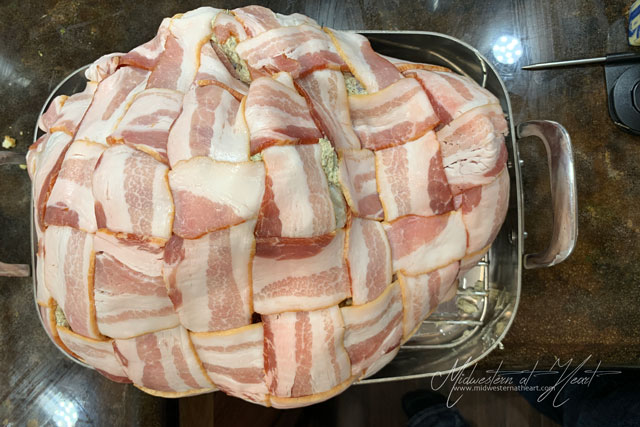 Grandma brought these. Aren’t they cute? She didn’t have candy corn for the feathers so she improvised. 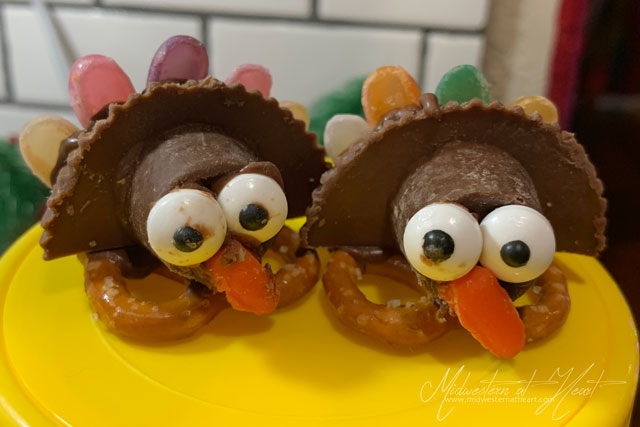 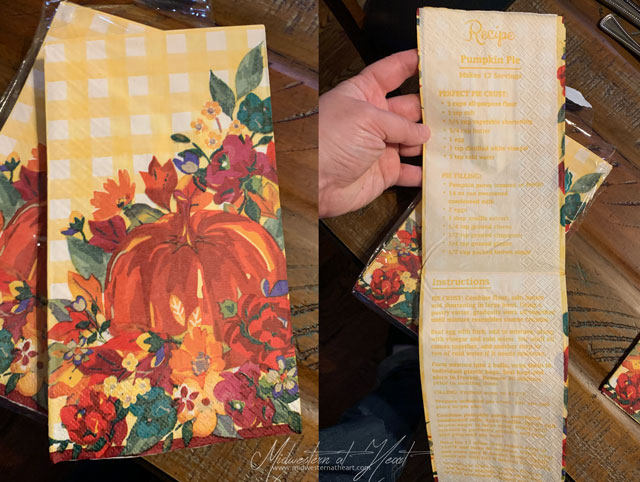 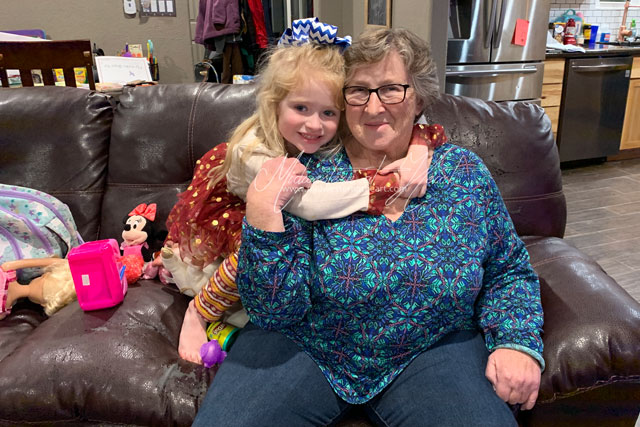 We accidentally forgot to get her picture with Grandma J, so we ran to her house after she left. 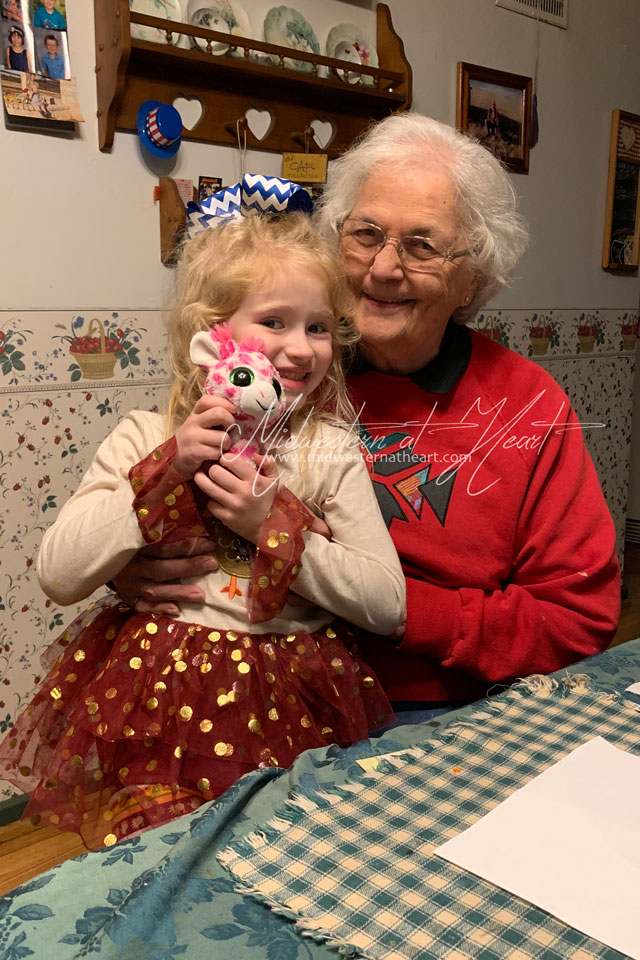 While we were there, Grandma J tried to teach Abug some card game. Abug wasn’t in the mood to play apparently. 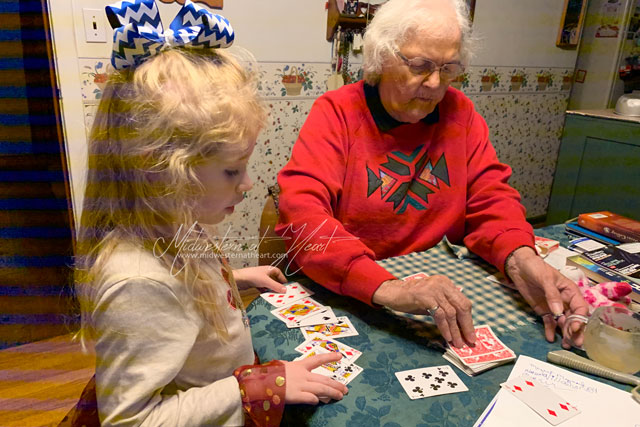 One thought on “Thanksgiving 2019”