Growing up I just knew we had red cows. As I got older I knew they were Santa Gertrudis cattle. But from there I got to wondering how my family decided upon this breed. There are lots of breeds of cows out there, the most popular that most people know is Angus because you’ll see a lot of restaurants and fast food joints promoting 100% Angus Beef.

But we have Santa Gertrudis. The other night dad and I were sitting in the truck waiting for hubby to finish up baling the last row of hay up so we could move on to the next pasture and I thought, I wonder why Gerts. In fact, the fields we were baling, the guy is trying to get in the Gert business so it was a good opportunity to strike up a conversation on why we had Gerts. So this is my dad’s response to my question, Why Gerts (Santa Gertrudis)? 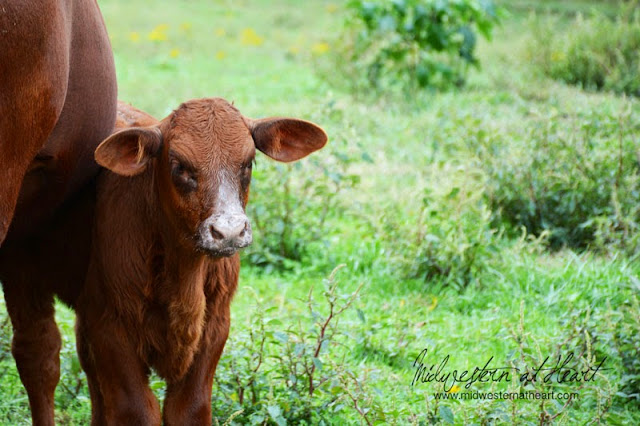 In 7th grade our family was going on a trip to Gulf Port, MS and we stopped in Morrilton, AR at Winthrop Rockerfeller’s house. He was the governor of Arkansas at the time and owned quite a few acres of land (read quite a few as A LOT). He had Santa Gertrudis cattle from the actual King Ranch line in Texas and grandma had read an article that they were going to be on exhibit.

In 1971 Grandpa was ready to get out of the dairy cattle business so he traded his dairy cattle for 3 pure bred Santa Gertrudis (Gerts) and 25-30 head of crossbred cattle. I had some Hereford’s that I traded and went partners on the bull for the cattle.

In 1974 your Great Grandma loaned me $500 for a down payment on 7 head of registered Gerts.

Then I bought a Purebred registered bull from L & L farms in Decatur, AR to replace the old big bull.

In 1980 I purchased 32 head of registered Gerts from Dan Winfred and a bull as he was getting out of the business.

At one time I had up to 78 registered purebred Gerts.

Monsanto came through and they were developing a line of crossbred cattle. They hit me up to use my cattle with their bull but I couldn’t do it, I was to busy with my registered purebred class.

In 1990 we purchased the Long Horns that we owned but sold them in late 1993 (October just after my birthday).

About this time we sold our house and moved. We started building our current house so there weren’t any fences to hold cattle anyway.

Then in 2000 or 2001 we started back with the purebred Gerts (not registered). I worked up a deal with your grandpa that I would bring his calves here and wean them while using them to train our cutting horses. Then at the end of the year I’d give them back, but get to keep a couple as repayment for feeding the others while they were being weaned.

We now currently have 22 head of purebred Gerts.

At one time I had the 2nd or 3rd largest herd of registered Gerts in the state of Missouri. At that time I was involved with the Mid America Santa Gertrudis Association. I’ve been on the board as well as been the head of the junior association. 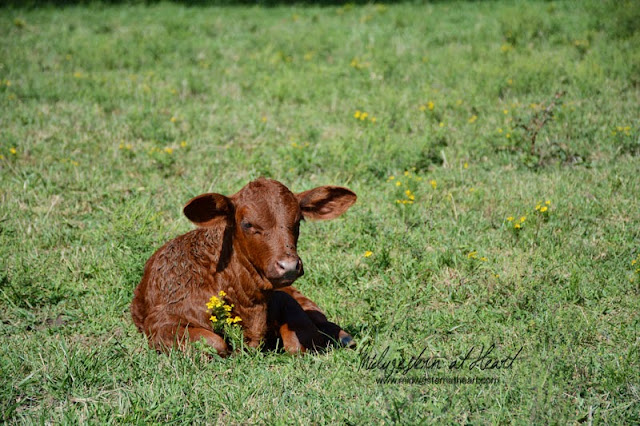