This last Sunday hubby, baby girl and I were able to attend the Kansas City Chiefs game versus the St. Louis Rams. OMG what a game! Definitely worth going to that’s for sure… not just because the Chiefs won, #winner but it was one heck of a game!

So the game started at noon which meant we had to be there in time for the gates to open, duh :). Tailgating is a big thing, however I want to state that we’re not drinkers so if you want to see drunk pictures you’re not at the right blog for that. Gates started opening either at 7:30 or 8am… I can’t remember as I was up at 4am trying to get around so we’d be ready to catch our ride. To say I was tired would be a bit of an understatement but it’s all good! 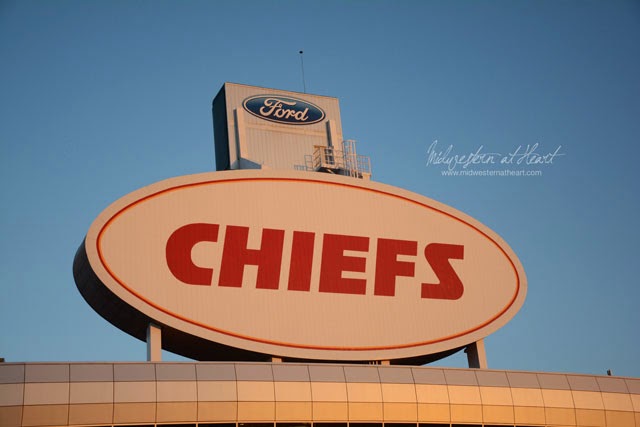 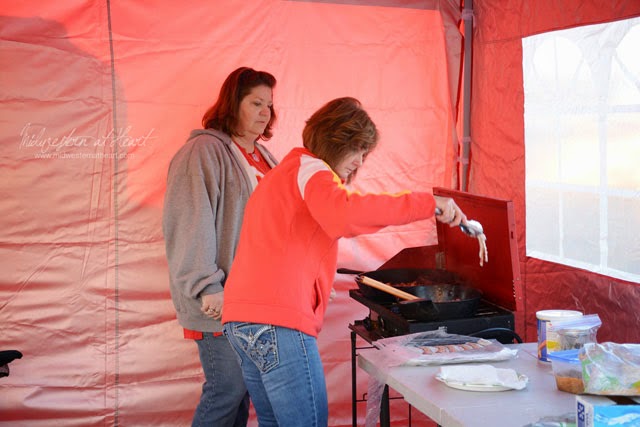 Now as you know the KC Royals are fighting for the World Series title currently (tonight is the last game, Go Royals!). 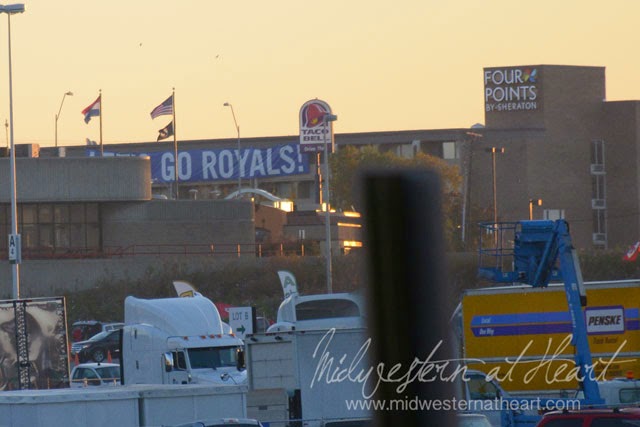 After hubby was done with the eggs (I think that’s what he jumped in and cooked??) Shaye conned him into making Cheese Quesadilla’s and so Danielle and I might have had one too… just saying! We had a big Chiefs spatula that he was using to grill them on and we were trying to grill the arrow head into them. Got close but it didn’t work :(. Bummer. 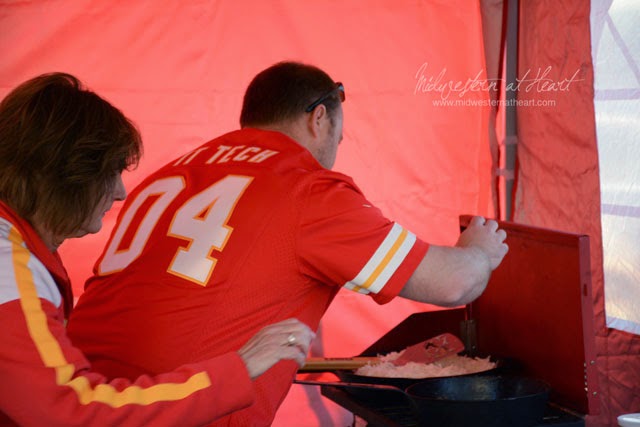 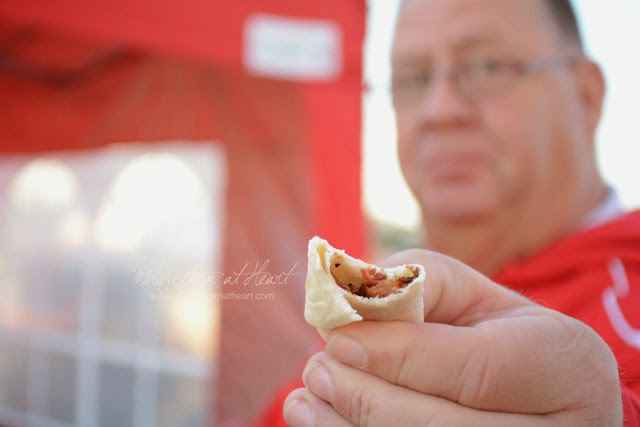 Around 11 the gates opened so we made our way to our seats. We have hearing protection for the baby girl so she actually slept through this game as well. 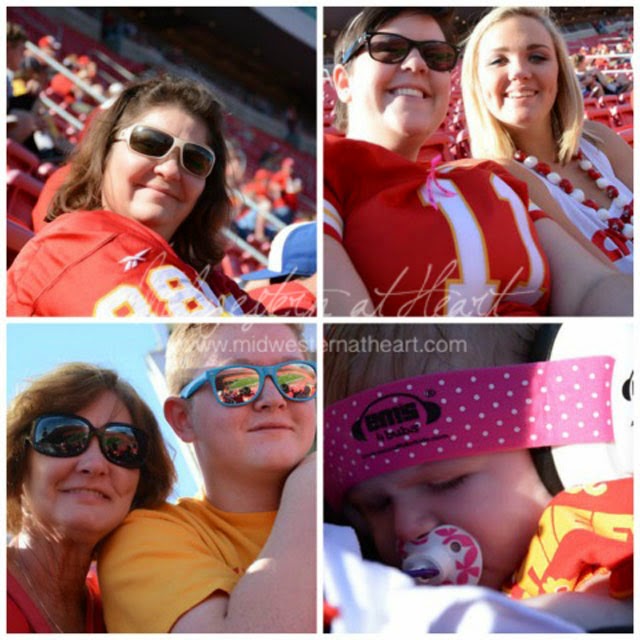 Right around noon it was time for set up so they could introduce the KC Chiefs! 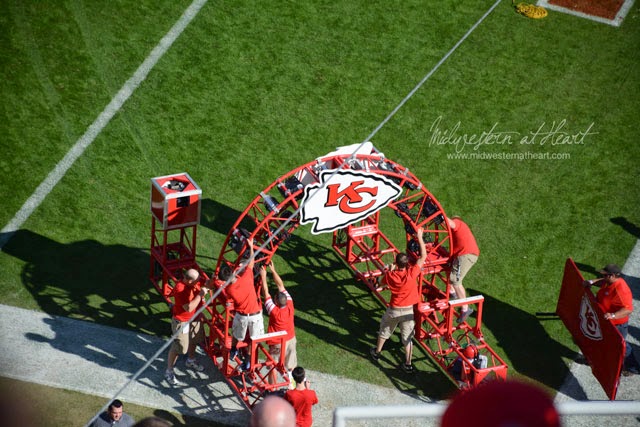 The cheerleaders came out on the field while set up was going on and then moved back over to the tunnel to bring in the players. 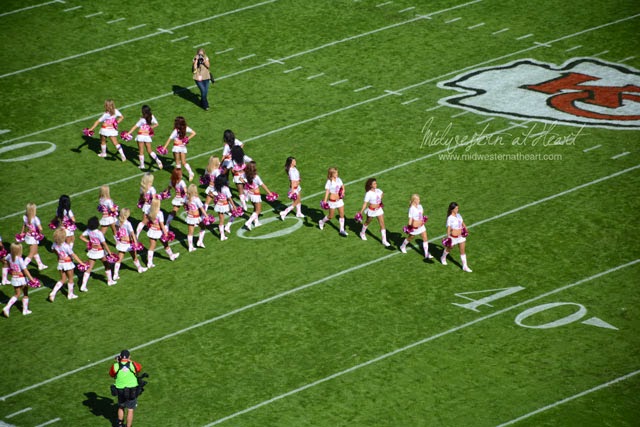 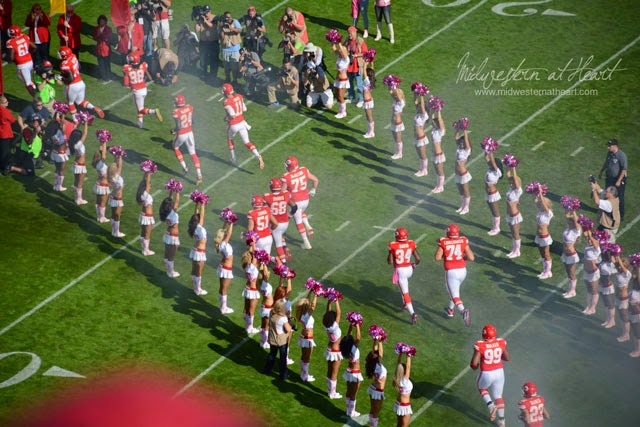 We have 3 friends who are Red Coaters so they get to be down on the field holding the flags the players run through or helping hold the Arrow Head flag with season ticket holders. Then it was time for kick off. The Chiefs kicked the ball to the Rams and the Rams scored within the first 3 minutes of the game. 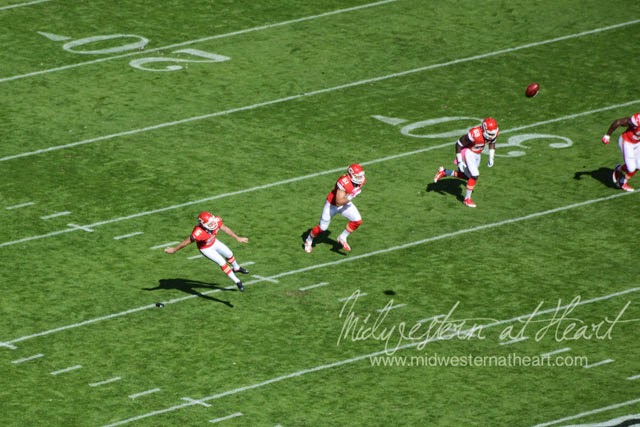 Not going to lie, I was afraid that was setting a precedence for how the rest of the game was going to go. 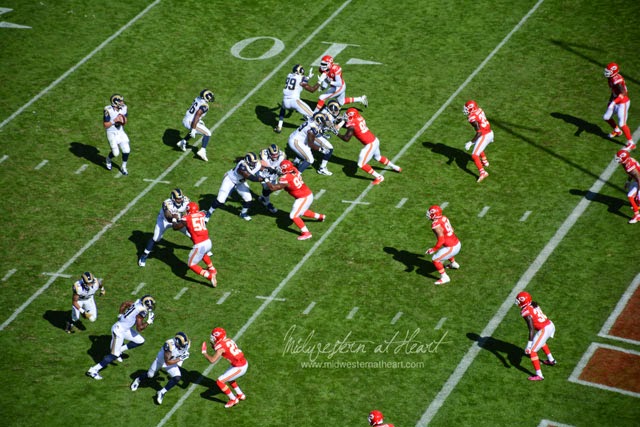 At halftime the Chiefs had one kicking score of 3 points and a touchdown so the score was 10-KC to 7-Rams. 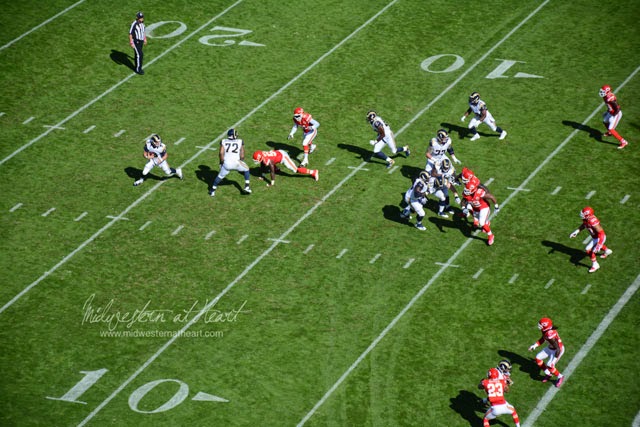 And this is what happens when people get a hold of your camera, nice selfies! Love it! Especially since Grady swears he won’t hold cameras. 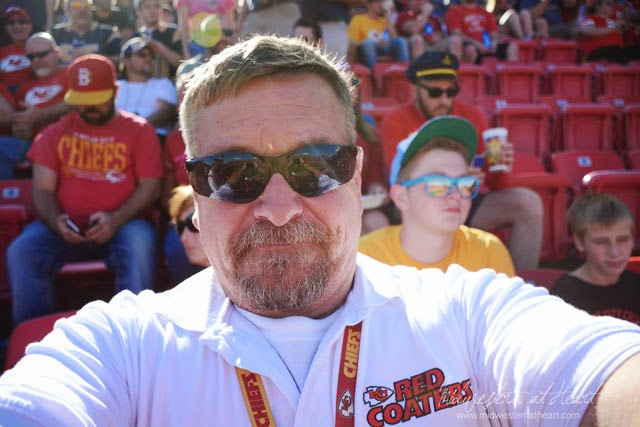 After the halftime show we came back in the 3rd quarter and the Chiefs had a 99 yard touch down immediately off the bat with the first kick. Sweet! 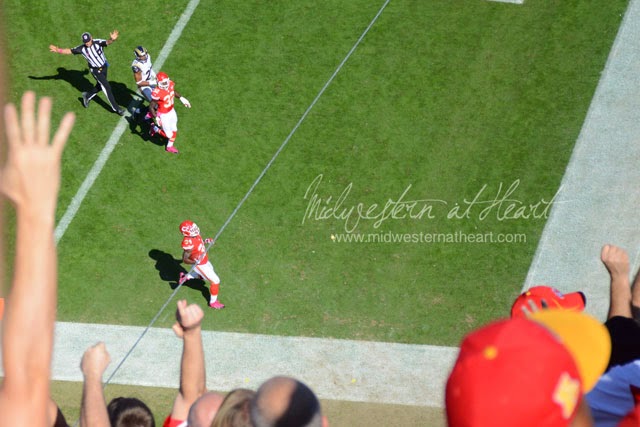 Trust me the crowd went wild! They went on to have 2 more touchdowns and a field goal kick of 3 points for an ending score of KC Chiefs 34, St Louis Rams 7.