Just so we’re all clear, Today is Speak like a Pirate day. Don’t worry, this post won’t be written like that, although while I was writing this post I saw James Patterson’s new book Treasure Hunters on TV and he was attempting to talk like a Pirate :). Anyway 🙂

So while we were at Mermet Springs, after our first day of diving, it was time to head and get some grub. The gang had all been talking about this restaurant that they ate at and I was ready! We met and ate at Fat Edd’s. 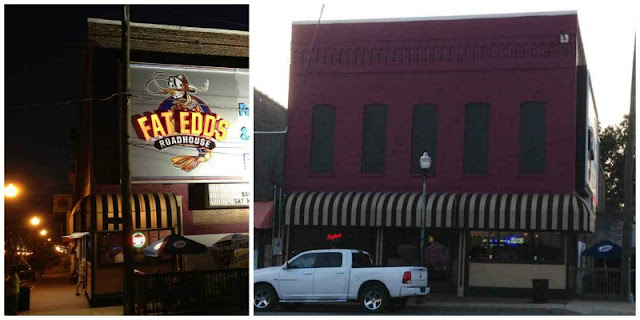 The way Fat Edd’s is set up, you order your food at the counter, get a table to sit at, and then order your drinks at the table. Once they call your number, you retrieve your food from the counter. 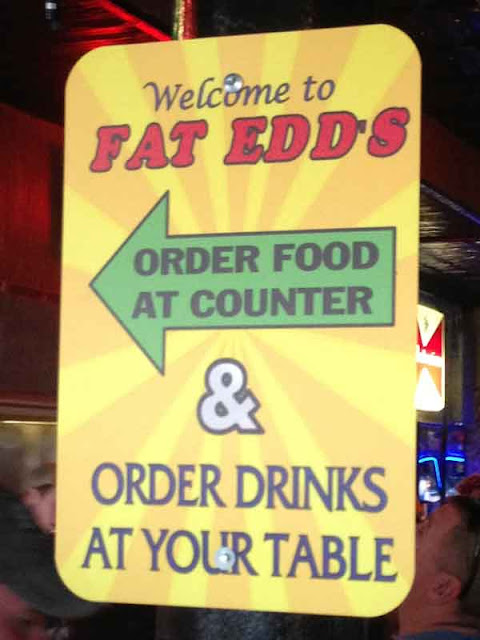 The menu is up on the wall as you enter. They have quite the selection.

Everyone was raving about the shrimp so hubby made it a point to order some. Now I am a newer shrimp convert, but they were cold and I’m not down for that just yet. They told me to dunk it in the cocktail sauce and I’d probably like it, but they were wrong. 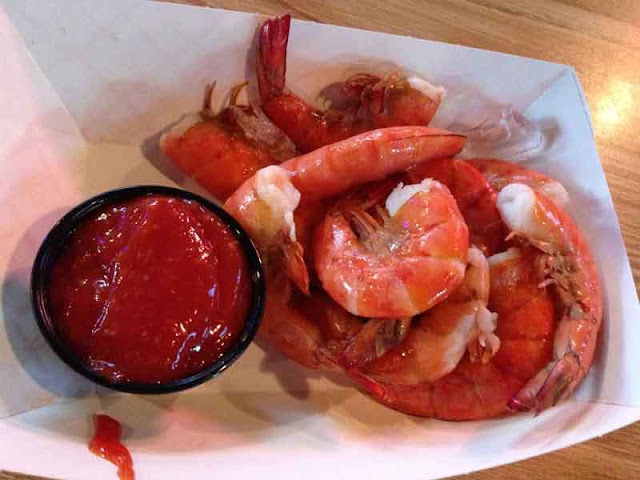 We decided to start with an order of Firecrackers. They were jalapeno breaded Cheese Sticks. They were sooooo good I could have made a meal out of them. 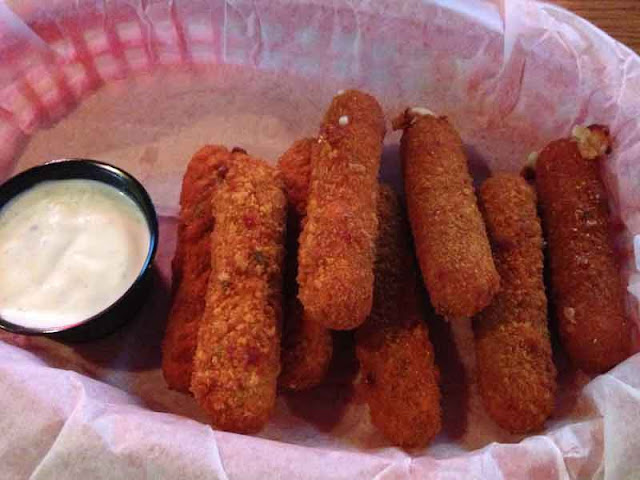 JT raved about the Buffalo Chicken Dip. He told us we needed to order this, but it was okay because he ordered it and shared with us!  It was definitely worth it!! 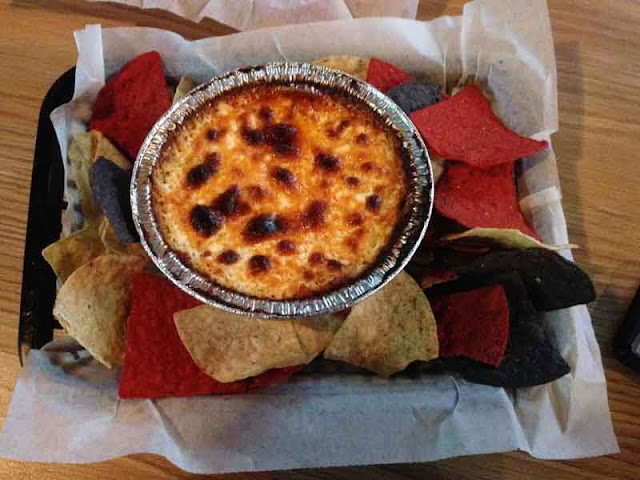 Grady and Deb ordered buffalo chicken wings. They offered us some of them too. That’s the great thing about going to a restaurant like this with a large group… you get to try many things. Oh and these were great! I can’t remember what flavor these were but I’m thinking either honey or teriyaki. 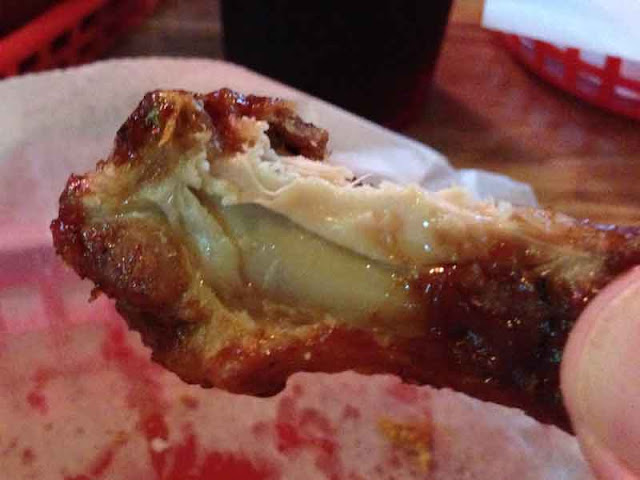 Hubby ordered the fried catfish and onion rings. It also came with a side salad that we were so full we couldn’t even eat so I wound up giving it to Diver Girl :). Hubby says I tried his catfish but I honestly can’t remember. Hubby really enjoyed the catfish though. That’s what matters since it was his meal, right? 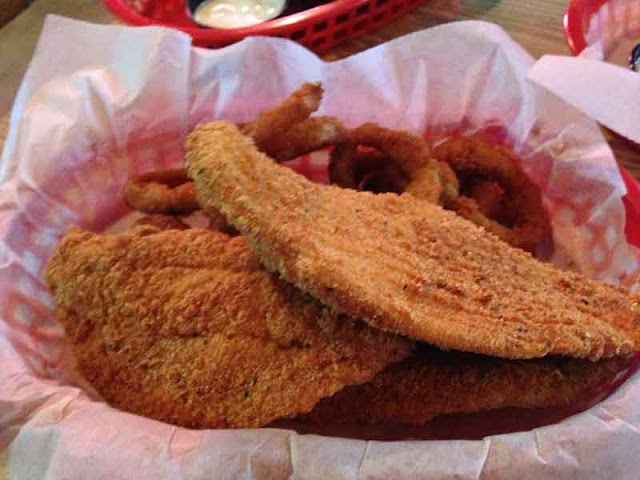 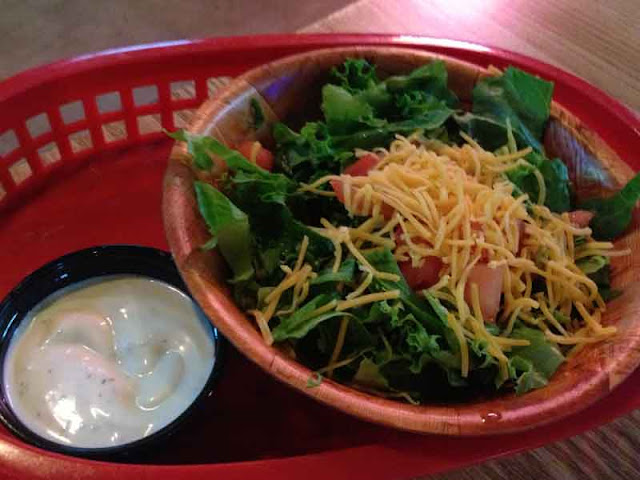 I went with the Philly Cheese Steak. It came with chips and a pickle. I really liked it. After I was finished eating Deb said Grady got the Chicken Cheese Steak and it was awesome too. See, good food. 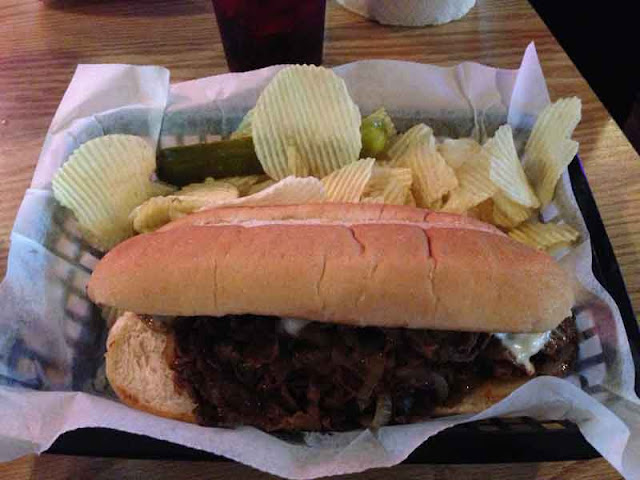 Sadly, our service wasn’t the best this time around. Our waitress totally forgot about us and most of us sat through our entire meal without drinks. She’d say I’ll be right back to get you some more and we never got more until our meals were finished and we hunted her down. Other than the drink service though, our food was awesome. The gang said they normally had way better server service than that so they must have been having an off night or something.