My Sister-in-law is always talking about loving the fact she can go into a place and say give me the usual and they know what she’s talking about.  I’ll have to admit, I used to have that at a restaurant a few years back but not anymore, it is kind of a cool feeling!

Well Liss finally found a place she could do that and has been talking about it for months.  A few months ago in fact my BIL took Tbug to eat breakfast from there and that’s all she’d talk about is how good of a place it was.

So one morning we woke up wanting breakfast and not having a thing in the house so what did we do?  We decided to go check out Route 66 Cafe.  I’m always up for an adventure on a Saturday morning, aren’t you?  Especially when there is breakfast involved!

My words of advice… make sure you have cash or a checkbook though, they don’t take debit cards or credit cards.

Here is the breakfast menu: 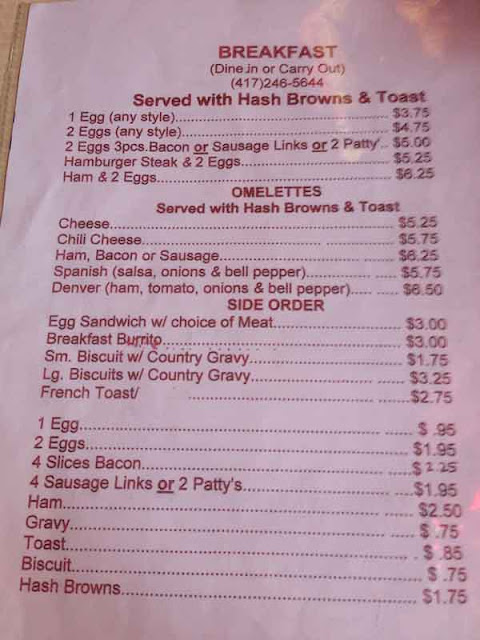 My BIL’s parents were there and his mom was eating a Ham Omelet.  She said that it was really good and really filling!

On the back side they had their lunch menu.  Might even have to try that sometime! 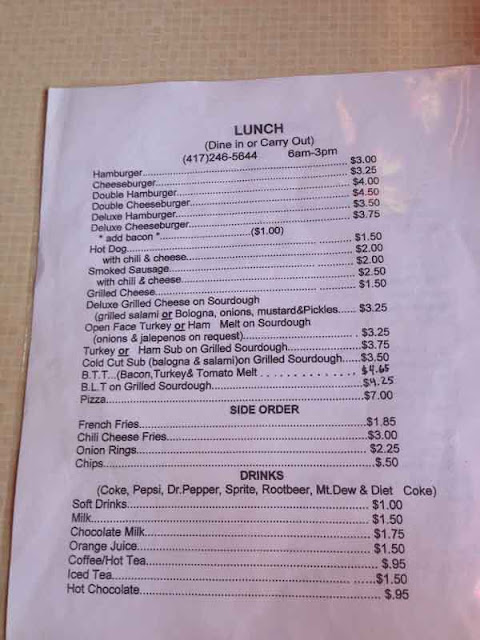 Two things you’ll probably notice about this place… It was decorated for Halloween.  If you made that observation, you’d be correct.  We went back before Halloween.  The other thing is, it looks like a bar.  In that observation you’d be correct again.  Supposedly during the evening hours this is in fact a bar.  Which kind of surprised me they didn’t take credit cards or debit cards, but maybe that’s a good thing… 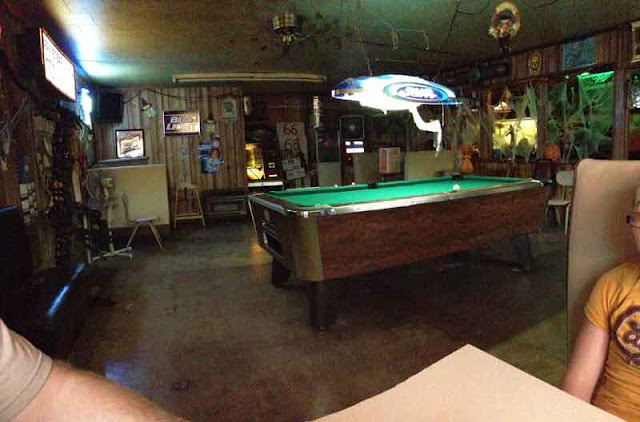 I took Pat’s advice and went with an omelet but I chose bacon instead.  It came with hash-browns & toast (White or Wheat.  I went with Wheat.) 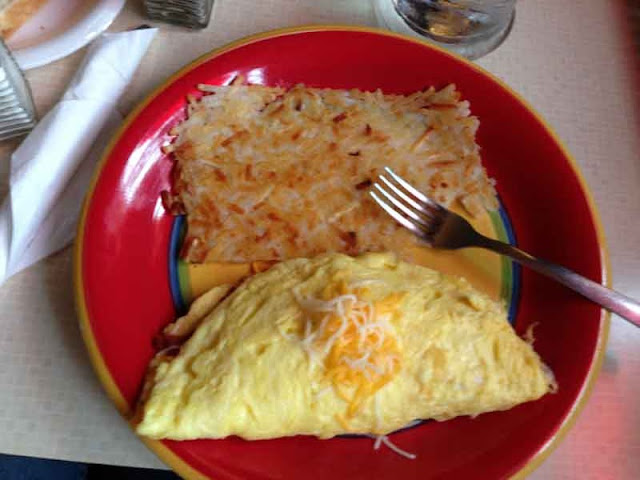 Hubby chose the Ham & 2 eggs.  I debated that but really wasn’t feeling the ham part of it.  It also came with toast. 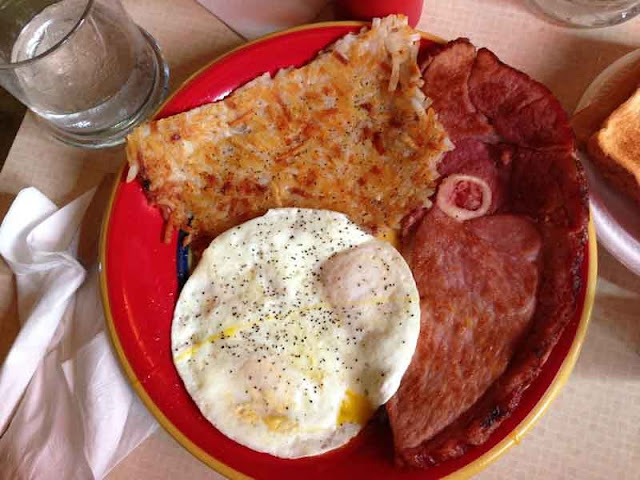 When we got there they said they didn’t have any gravy left for biscuits and gravy.  That’s all Tbug talked about though so she was disappointed.  Then the gal came back and said it was Tbug’s lucky day because they had just enough gravy for one last order of Biscuits and Gravy. 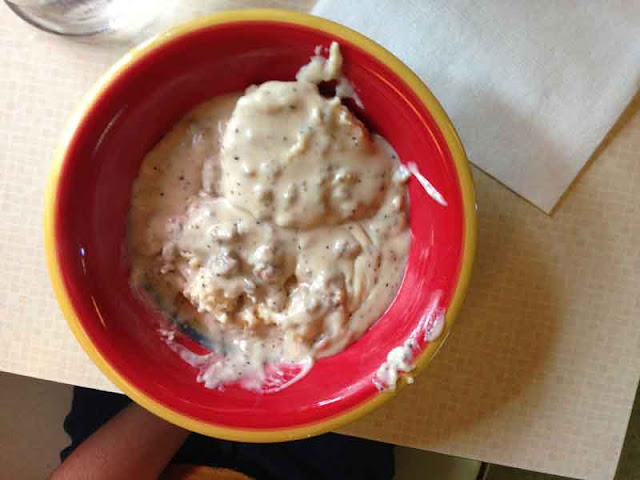 I do have to say this was a first for me in more than one way.  One they allowed kids in there, however it was just a dining restaurant during the day.  score!  And two I’ve never eaten breakfast in a building that was considered a bar.

If they served dinner, I’m not sure because it wasn’t on the menu and Liss never has said.

So there you have it folks.  If you’re passing through the Avilla area on 96 hwy between Carthage and I-44 and think you’re hungry, it’s right smack dab on the side of the road in a little bitty building.  And sometimes the hole in the wall joints are in fact some of the best to eat at!