This last weekend we were out driving around looking for tractor & baler parts.  It was about lunch time and we passed by this restaurant.  It has been there since February of 2011, but we’ve never eaten here.  In fact, we were discussing that amongst ourselves when we passed by headed west.  On our way back east we talked about it more and dad turned in the driveway.

He said, you know, we’ve seen this for quite some time now and never tried it, partially because your mom won’t let me, so let’s try it, what do you say.  Well hubby and I were up for it so in we turned. 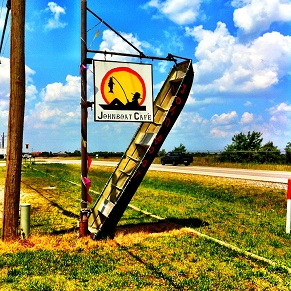 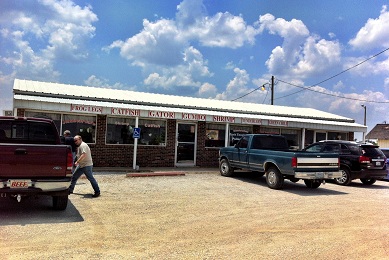 When you enter there is this board with what I thought were specials, but now I’m thinking it was their menu.  At first all I saw were items including fish.  I was a bit nervous, being someone who doesn’t care for fish…  {You’ll notice the sign says Pork Loin sandwich but I didn’t see that at first} 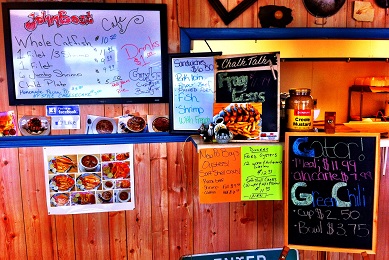 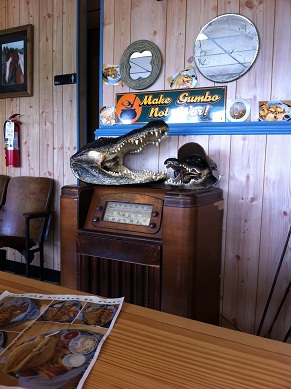 Here is the menu, however they have new options since the menu’s have been printed so he’s planning on revamping the menu. 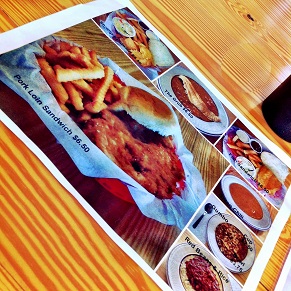 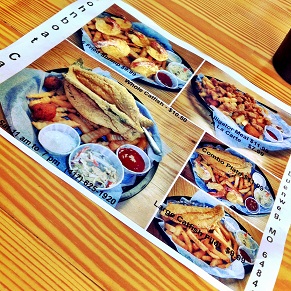 If I were more adventurous I might have gotten gator or frog legs, but…. I’m not.  I ate a Pork Loin Sandwich.  Normally hubby and I get different things and then eat off each other’s plate, but not this time… Now dad & hubby are sad they didn’t try the gator or fish or gumbo or something else.  They ordered what I did.  OMG can I tell you how yummy this was! 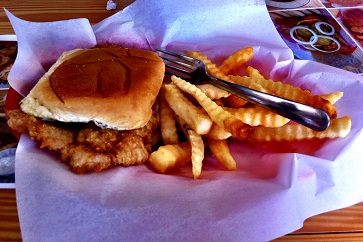 I placed Zatarains Creole Mustard & the “secret” Remoulade sauce, made by the owner on my sandwich.  Oh yum!  I even ate the Remoulade sauce on my fries.  Yes, it was good! 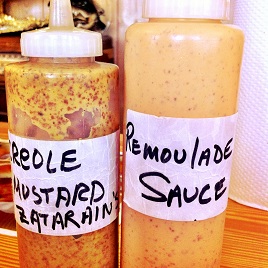 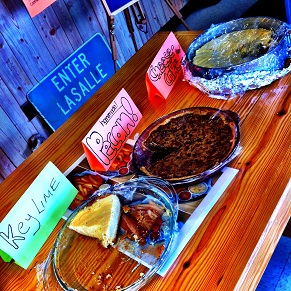 When the waitress asked if we wanted dessert and told us our options, hubs said, Oh crap she’s trying to kill us. LOL.  So then the owner came by our table and another table and asked us if we’d like a Beignet.  We asked what that was and he told us it was the original French Doughnut.  The other table said absolutely and it didn’t take much convincing for us to agree too!

Oh holy cow, look at these beauties!  And they were as good as they looked.  In fact I almost didn’t get my photo because hubby tried to dig in.  I had to yell at him… LOL 🙂 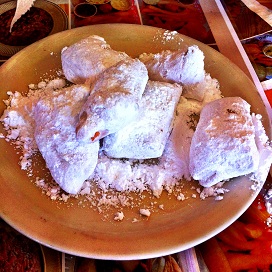 You can read the article written about the JohnBoat Cafe & owner written in the Joplin Globe.

Or else you can see & read the article that was written that he has sitting on the wall :). 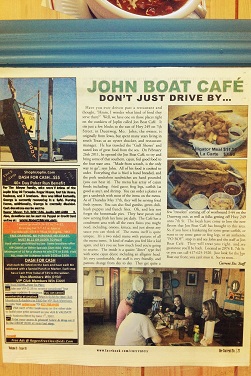 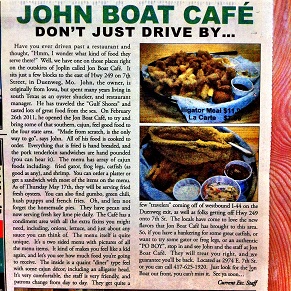 And this sign cracked me up.  I’m not going to lie, at first I wondered if it was real… lol j/k, I think 😉 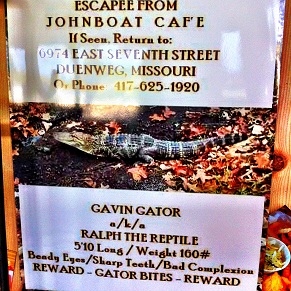 And we got a business card!! 🙂 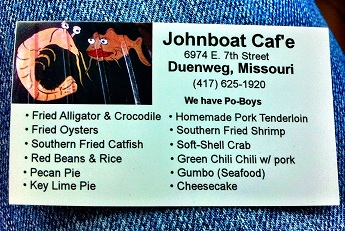 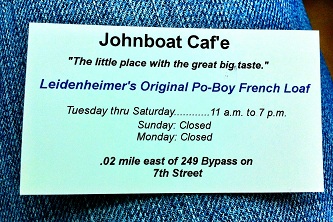 I really just wanted to share this with you!  I thought it was a great restaurant.  If you happen to be through the Joplin, MO area around 249 Bypass, you definitely should check this place out!