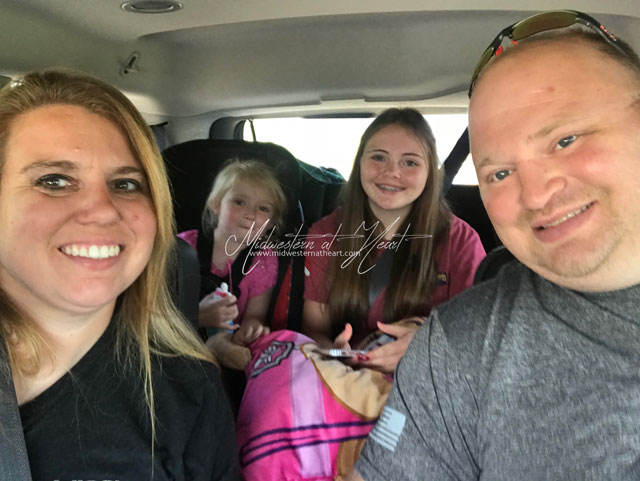 The awards banquet was held in Grapevine, Texas, the first weekend of June during the NCHA Convention. We loaded up first thing Saturday morning and hit the road for a long 6 hour trip to Grapevine which is just outside of Dallas. We pulled in around 3 pm or so because we actually got on the road earlier than we planned on. What? 6 of us and we got on the road earlier than normal. That’s totally unheard of! Especially for my family… not going to lie. Usually, we get on the road later than planned. 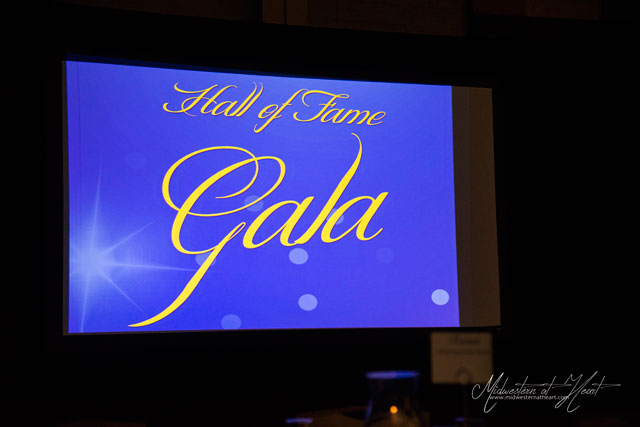 UB had enough of us coming to see him that AC reserved a table. He had our clan of 6, AC & UB (of course), his brother and sister in law drove down from Nebraska, and a couple of friends who live nearby them drove in also. To say we had a full table would be a bit of an understatement! I can tell you he had a lot of support from family and friends!

Guys, I forgot to take a picture, but the food was phenomenal! We had chicken and steak and mashed potatoes and asparagus and something else, plus dessert. Then there was a salad plus tea and water and coffee to go with dessert. Dessert was a chocolate cake (I think might have been a flourless cake) and pecan pie (yum!). 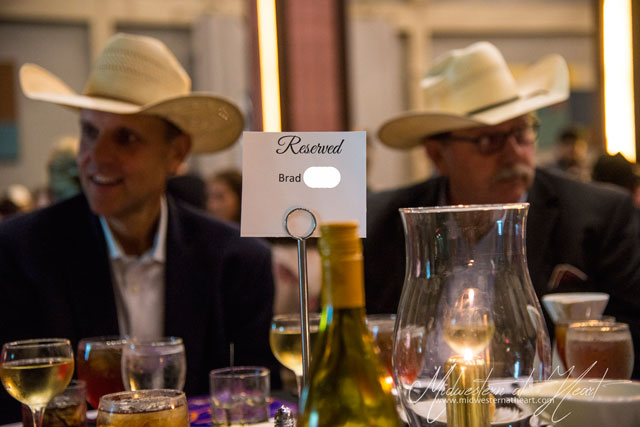 They played a video at the beginning of the event that left no dry eyes in the audience. The MC even said, if you have a dry eye after that, you probably have no heart… I’m paraphrasing obviously… I can’t quite remember his words… it was however 23 or so days ago. But he was right. The video was about the Horse. If it weren’t for the horse, none of us would have had a reason to be there. The horse is a magical creature who gives their heart and soul to their rider. The rider then takes care of them and gives them everything back and as a team, they go on to accomplish magical things! 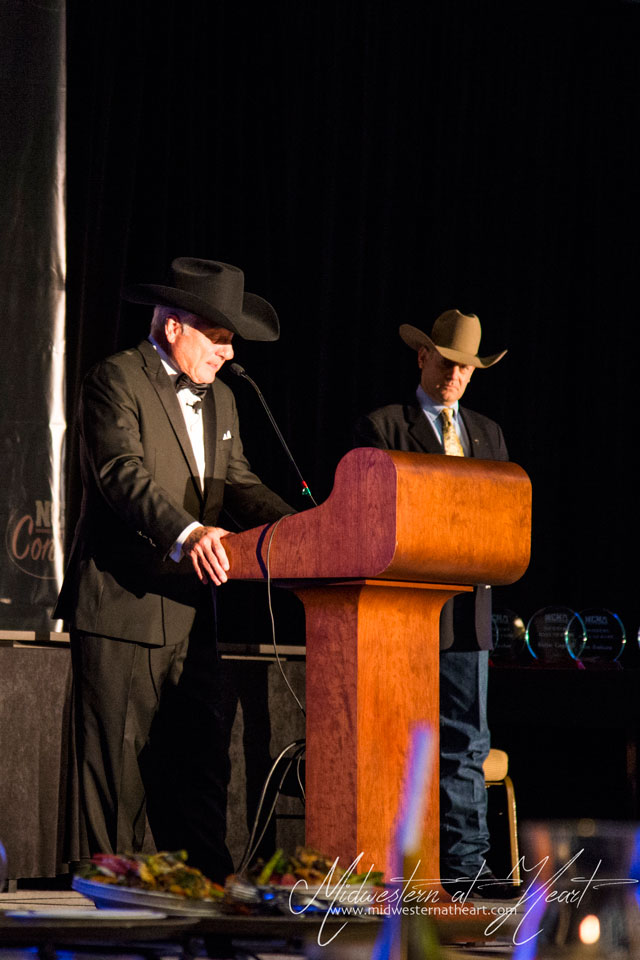 And while all of that was fantastic, we were there to support UB! To say we were all proud of him would be an understatement! Although watching all the award winners go through, I decided I was an underachiever. There was one girl whose goal was to make the hall of fame by the time she turned 30. She started at 23 and is currently 28, about to turn 29. Yup, I’m an underachiever at 35 and nowhere near being able to achieve that goal. That might be the difference between being married to a trainer versus just being a weekend rider.

Then there’s my uncle who is somewhere in between. He isn’t married to a trainer, and he only trains his own horses. He does some weekend rides but also does the bigger shows. But this isn’t about my downfalls, this is about his accomplishments! 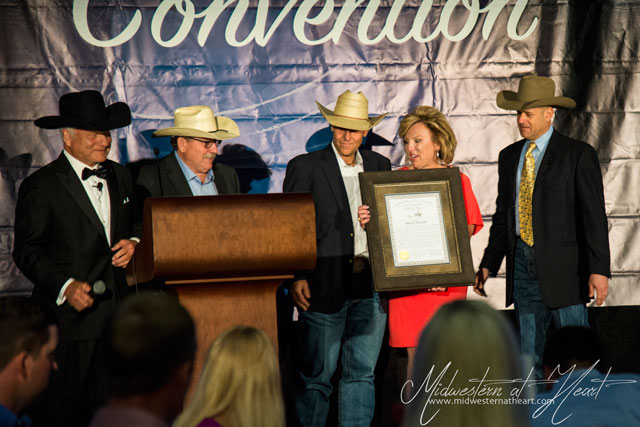 When I was 15, I actually got to spend a couple different weeks down riding horses every day with him. Tbug got that opportunity last summer too. It’s always a great idea to take people up on those. You can learn a lot of different things from a lot of different people who have accomplished so much. He’s one of those who has accomplished. We’ve even seen him make the NCHA Non-Pro Futurity finals. That’s pretty spectacular right there!

Abug… she didn’t sleep a wink on the ride down. Went to bed late and got up early. To say she started getting a little restless during the awards banquet might be a bit of an understatement but she made it through like a champ. I’m not one to give a tablet or phone to a kid to entertain them, we didn’t have them growing up and I turned out just fine… but sometimes, sometimes in extreme situations, it is okay… She was playing educational games. 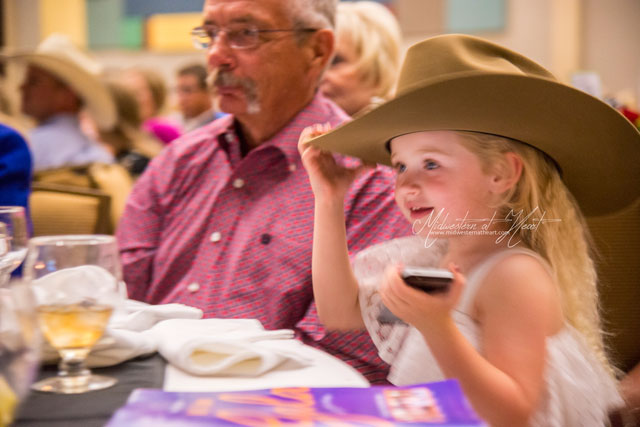 This is one of the first times I’ve dressed up in a long time. No joke! I had to go buy a dress and shoes because all I wear these days are jeans/shorts and t-shirts. It was so much fun getting dressed up. And trying to get a family of 4 with an almost 4-year-old to take a great picture is a bit challenging. Sometimes you say, it’s good enough and you save those photos for blackmail in the future :). 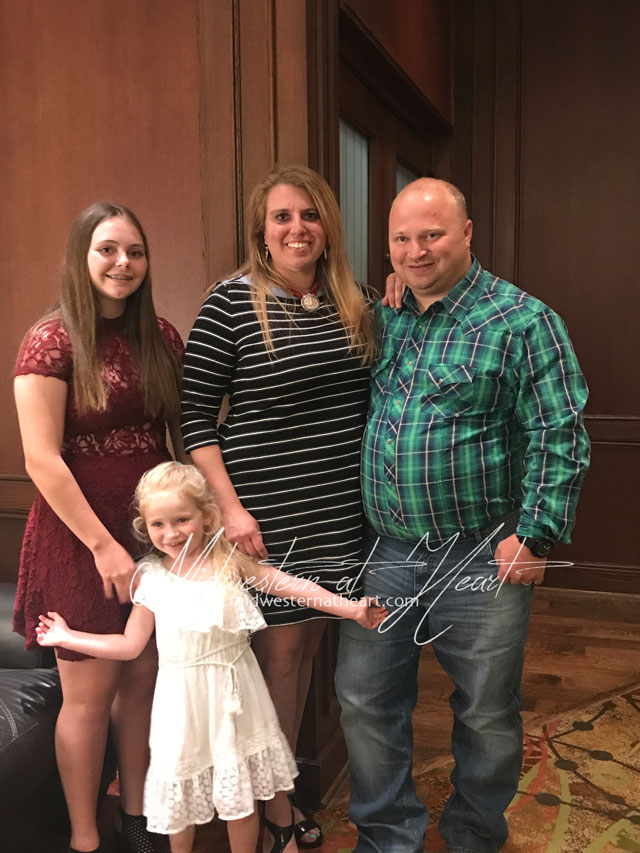 My uncle has done an excellent job and gives us all something to strive for! Congratulations UB! What’s next!?!?