Ok you remember this photo right? From one of my posts... Well if not, this was the first photo that I photoshopped for Doti & Wade. I had a good suggestion of using the cloning tool, however so far, haven’t gotten it totally figured out. I found tutorials that told me how and we’ve googled it a couple times, nothing has worked so far so for now, tree line has to stay like it is…. 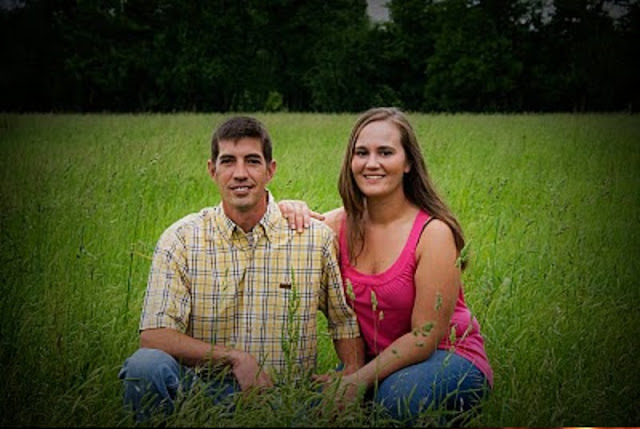 So Then I went and played around with some of the photos again, attempt 2. My goal was to make the inside of the heart show up, the outside Black… well again I found a tutorial, followed the directions and instead of turning it black, I got black and white and inside the heart color. I actually like how it turned out better to be honest than my original thought. Now if i could figure out the dang cloning tool I could get rid of the window in the right corner!! 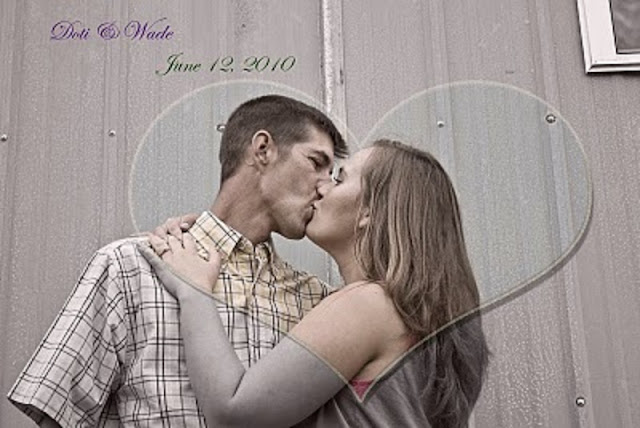 I think I see a pattern here, I need the cloning tool to get rid of the barbed wire fence but whatever, I like the photo other than that! And that might just be getting to picky on my part, I’m not sure. You only see the one strand…. 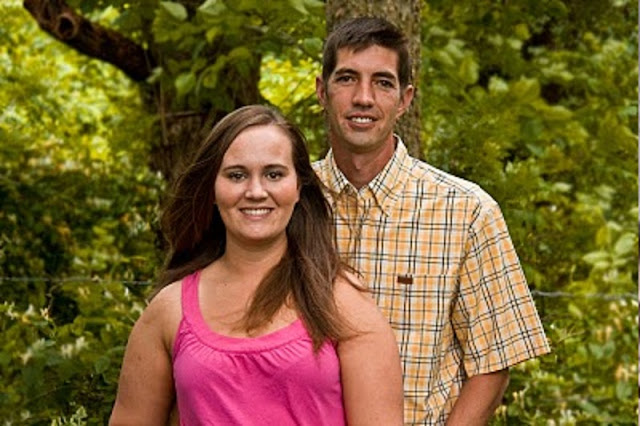 Here I used some of the Pioneer Woman’s actions on the photo. I think I used 70’s and sharpen. I forget, I did this a couple days ago. I might have even run a couple of them twice. 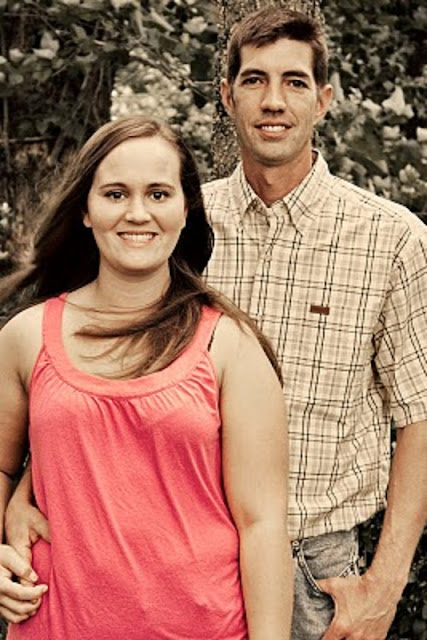 PC and I really liked this photo just because it’s like they don’t even know anyone is around them. Just a nice walk through the woods. It was a great set up! And it was at their house. Wade made a couple funny faces from time to time and Doti asked why and he said he wasn’t real used to being in front of a camera. I think it helped to do the shots at their house. 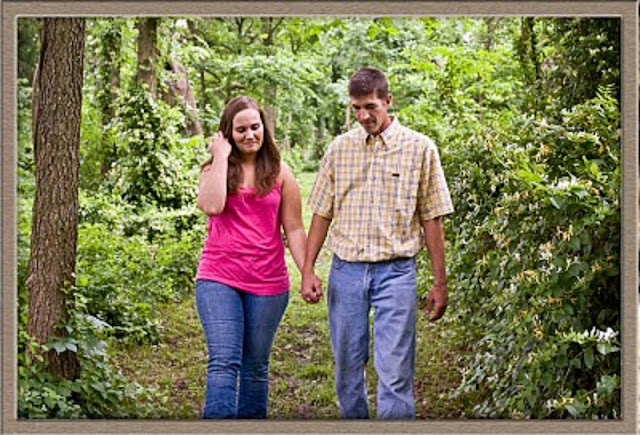 I tried to do some engagement paper style photos so that when they put the announcement in the paper they’d have something to choose from. I’m still trying to figure out this cropping thing though! 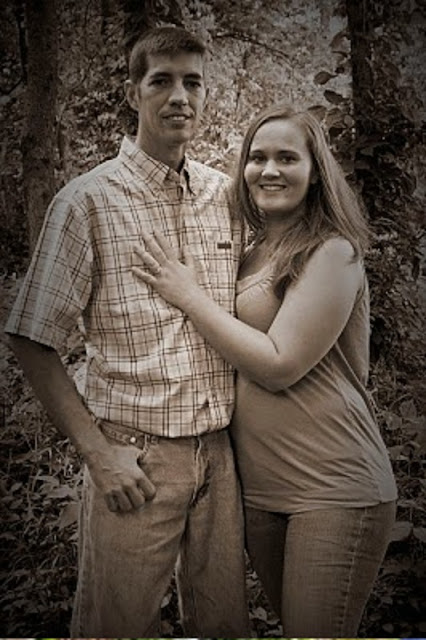 Here again, the cloning tool could have been handy to get rid of the clearing, make it look like they were really far in the woods… maybe I’ll figure that darn thing out! 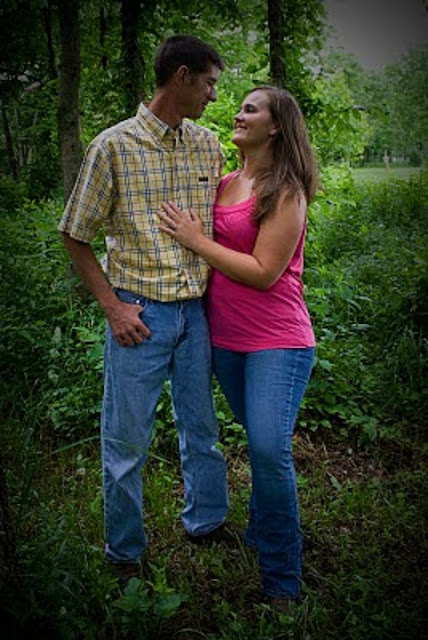 This is actually their house that we used as the background. I really like the color/texture that it gave to it. And they just look so happy there!!! 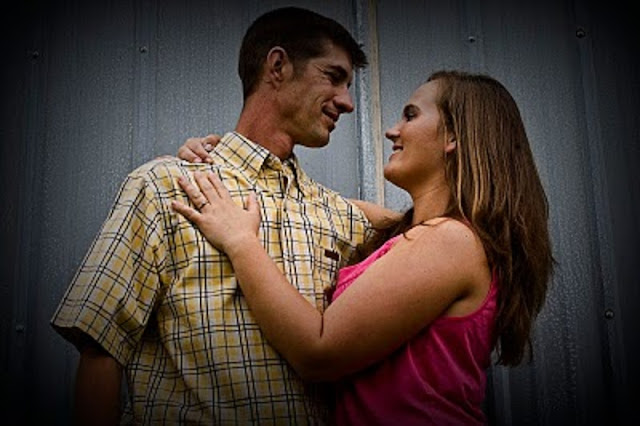 Maybe one of these days with trial and error I’ll figure it all out. Sunday night I was working on the heart thing and it was late and nothing was working, I was getting so frustrated and tired, I told PC I better to go bed or else I would throw the computer… LOL. Hope you enjoy :)Peace, Love, and Photoshop (I think)