I have grown up showing cutting horses. My mom showed Arabs when I was born, but at age 5, she sold her Arab and we bought Quarter Horses. We got in to showing cutting horses and while those first years I mainly sat on the fence and learned what you weren’t supposed to do, I got a lot of experience with the horses. I showed my first one when I was 10. I told a guy named Randy Butler “Can I go home now please?” as I was riding in the herd to cut out my first cow. I mention this because he quoted me and called me by name when he quoted me that year when he showed at the Futurity… and he’s a trainer. I always got a kick out of that.

So every year the NCHA has what they call NCHA Day. There are 25 areas in the country and one association in each area is designated to host NCHA Day. It is the first Saturday of June. This year was Ozark Mountain Cutting Horse Association‘s Year (OMCHA). My dad is on the board and they were looking for a photographer to come in and snap some pictures. Dad volunteered me. So hubby and I loaded up that morning and headed over to the show to take pictures.

Do you remember last year when a Vegan Activist group went after Walmart for putting out a toy cattle hauler? They said it was a slaughter truck. I can show you right here that it isn’t a “slaughter” hauler. These cows came in off of acres and acres of grass for the show and then they went right back home. Just saying. This is called a cattle hauler. 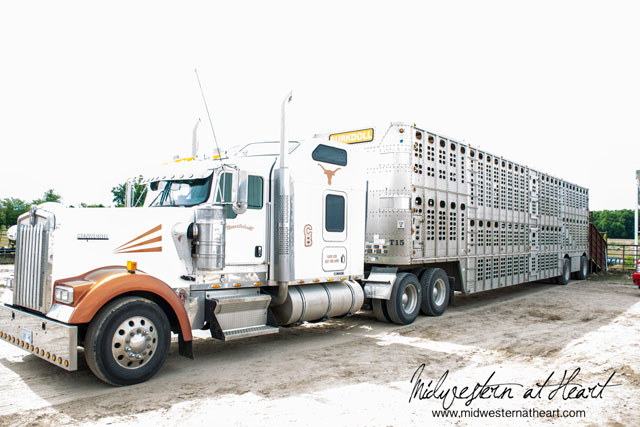 The cows are kept in pens out back until they come in for the show. Hubby wore his Muck Boots so that he could step out back and snap a few pictures of the cows. 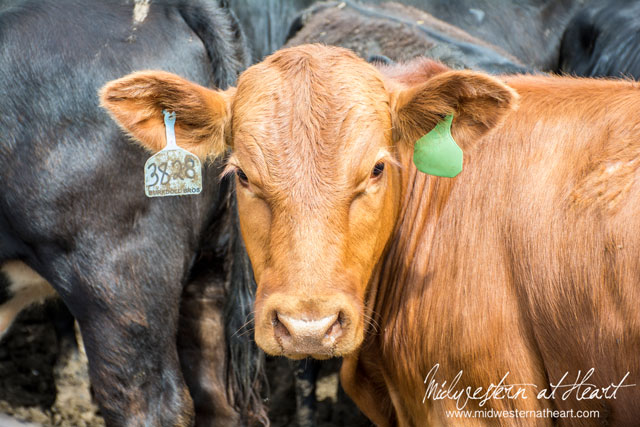 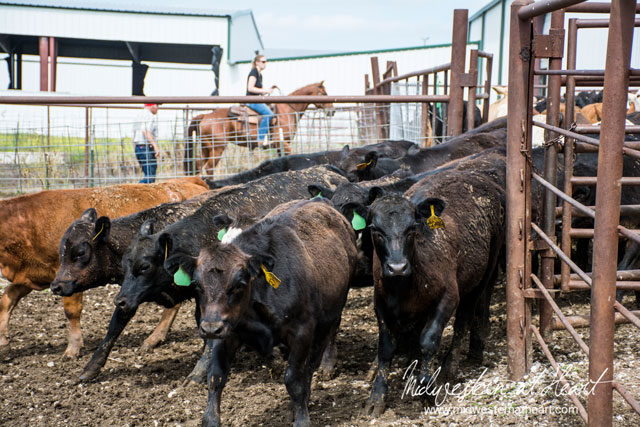 This is horse trainer Cara Brewer. Her son actually showed at NCHA Day. I say that, because he’s the one on the horse next to hers. He’ll be 4 this August… That is awesome! Kenli Marvin also showed and I’m pretty sure she started out that young back in the day… 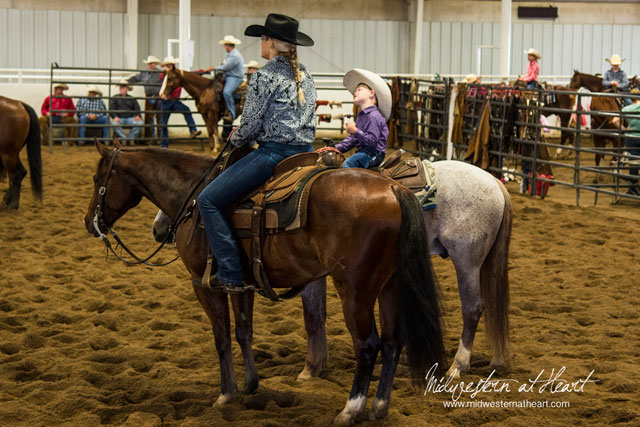 Don’t worry, we’re starting mine out the right way too! Grandpa has a couple years to get her a horse to be able to show :). 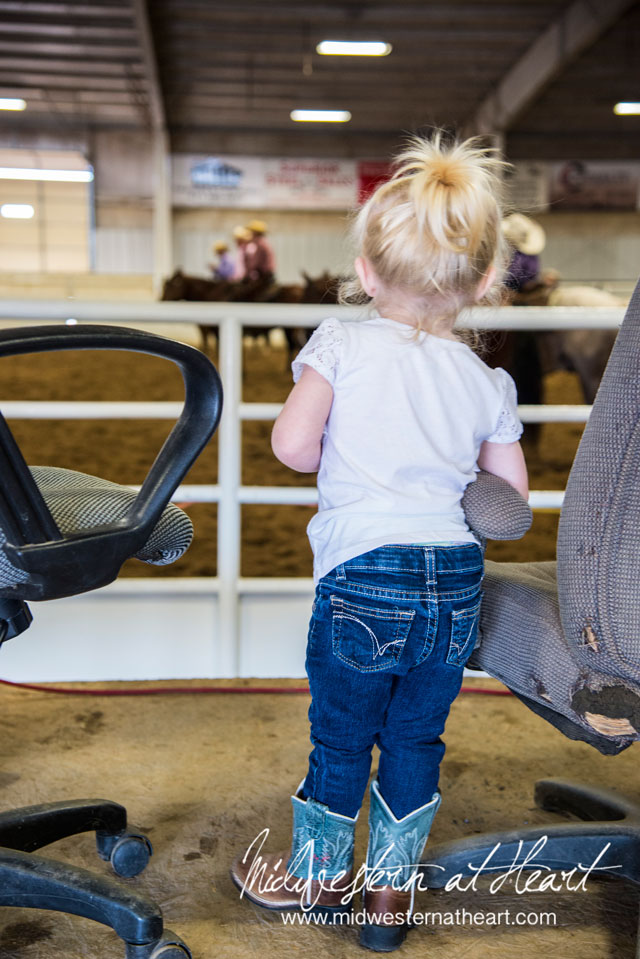 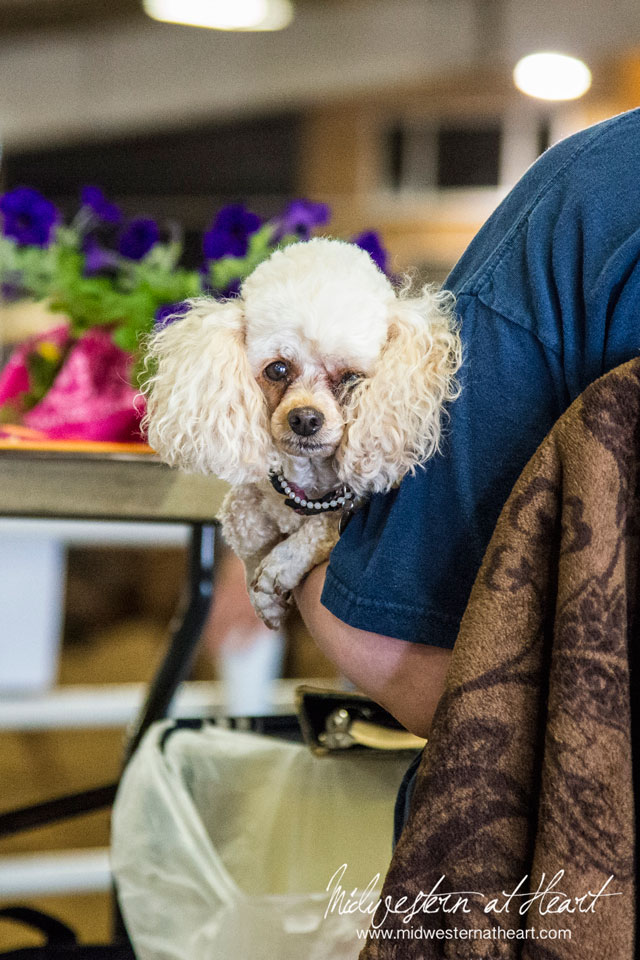 So what are “Lopers” you might be asking? So a lot of trainers and even some non-professionals will hire people to come in and get their horses warned up for them. A trainer usually has to many to warm up themselves plus they are busy helping their customers and friends show. So this had food and bottles of water for the Lopers. 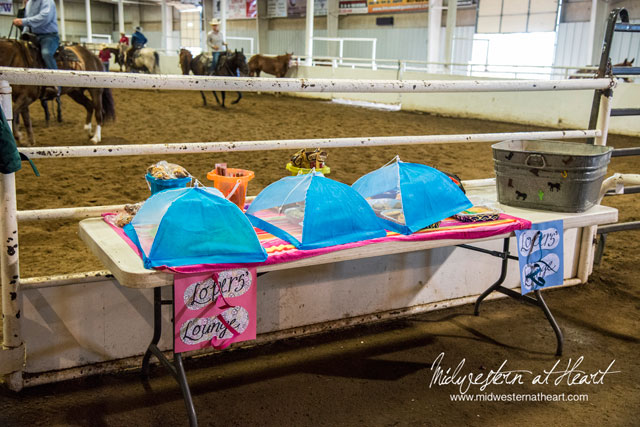 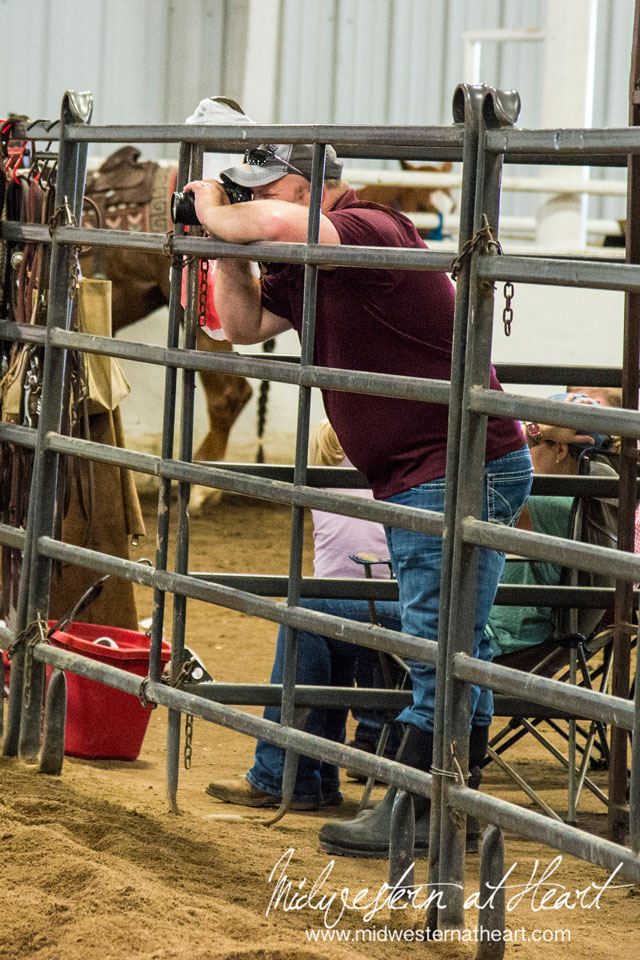 Chris Benedict was the judge this year. I caught him as he was climbing up into the Judges stand. I spoke with him for a few minutes as well. 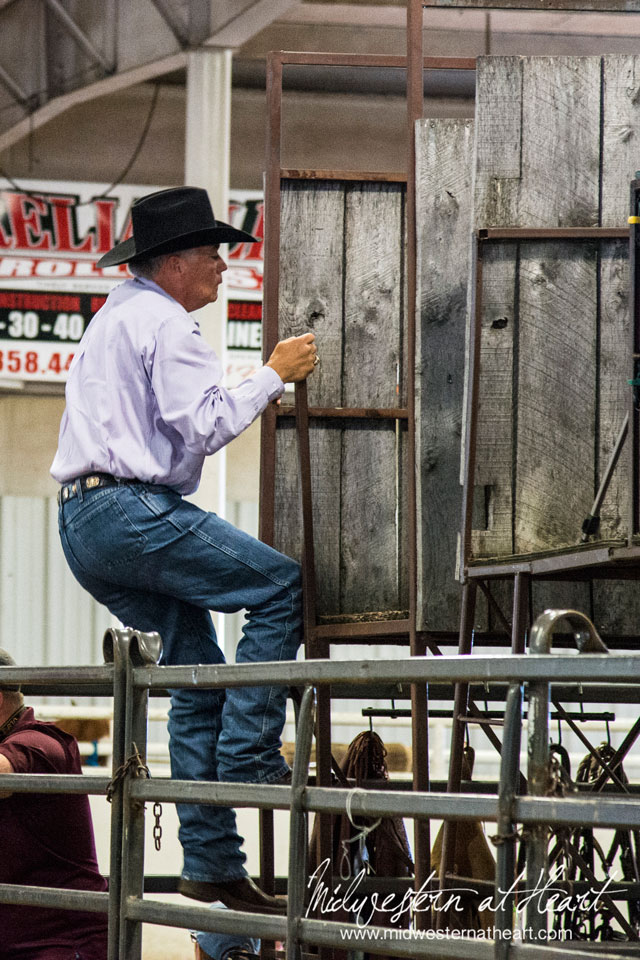 And an action shot. This is Cara again. 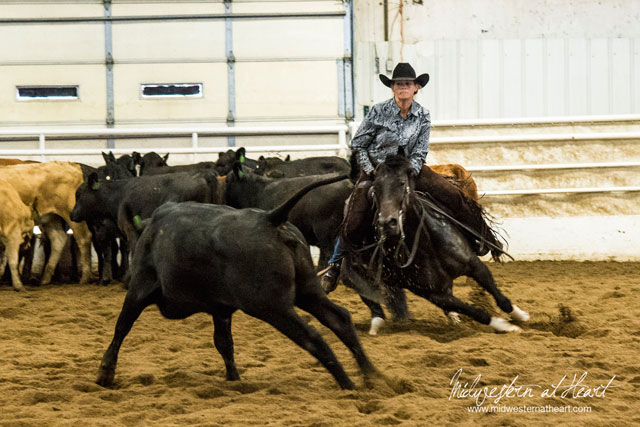 Like I always say, if there’s food, they will come :). No, since it was NCHA day, the association bought lunch for everyone. It was catered by Lucky J Steakhouse, which is nice because that’s where the shows are held, Lucky J Arena… 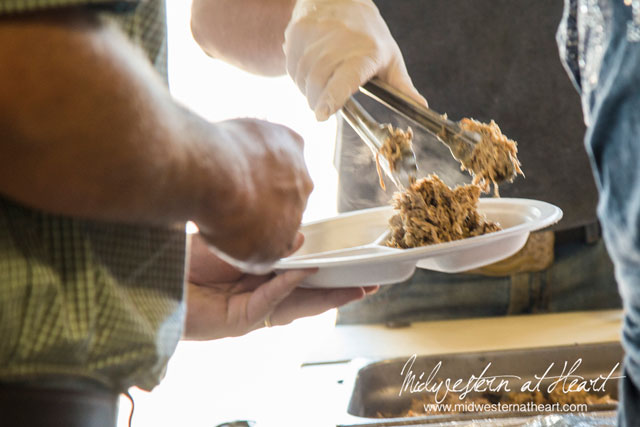 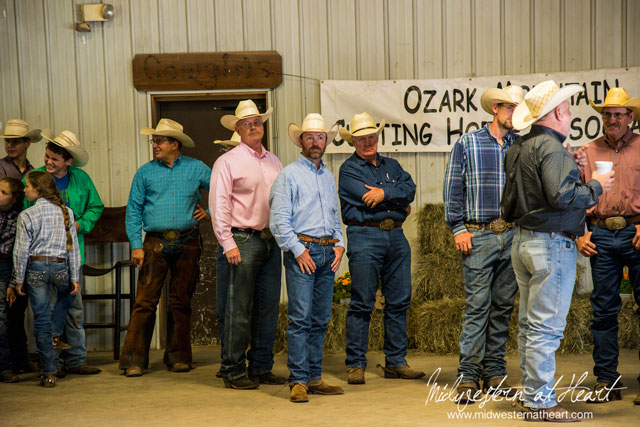 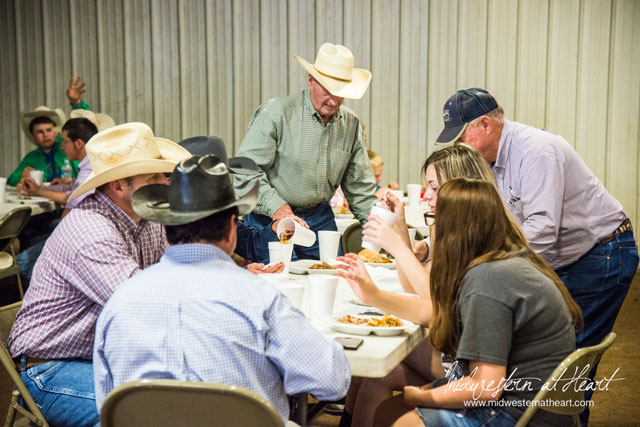 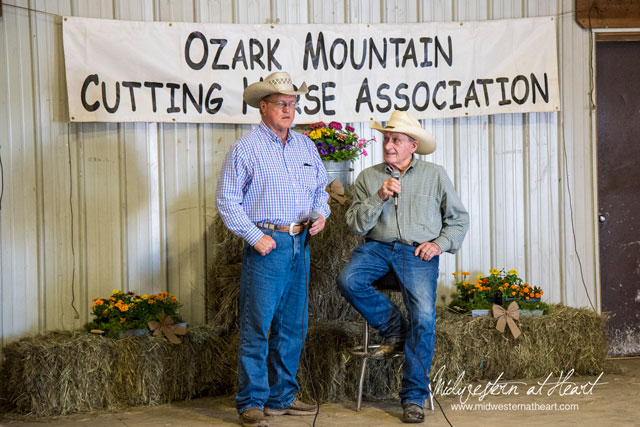 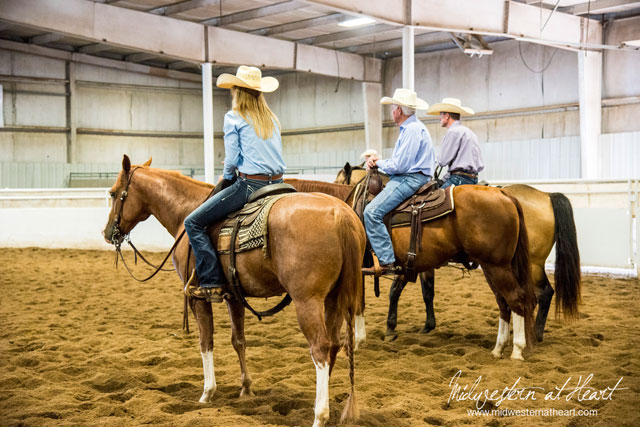 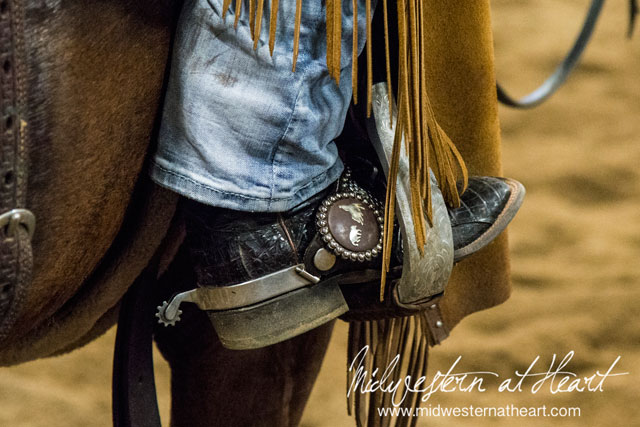 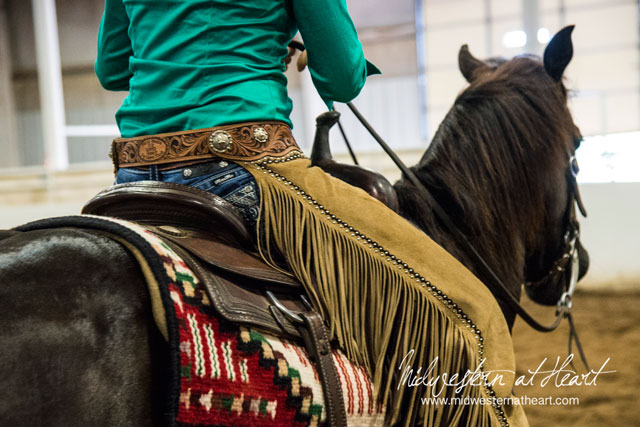 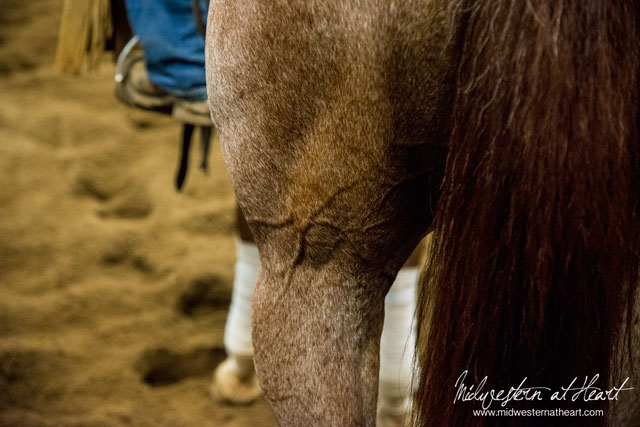 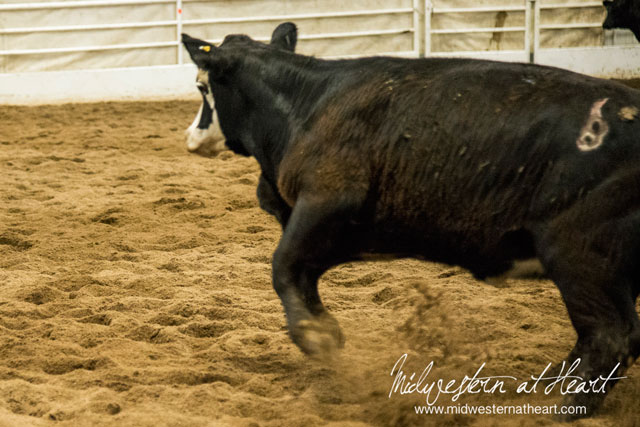 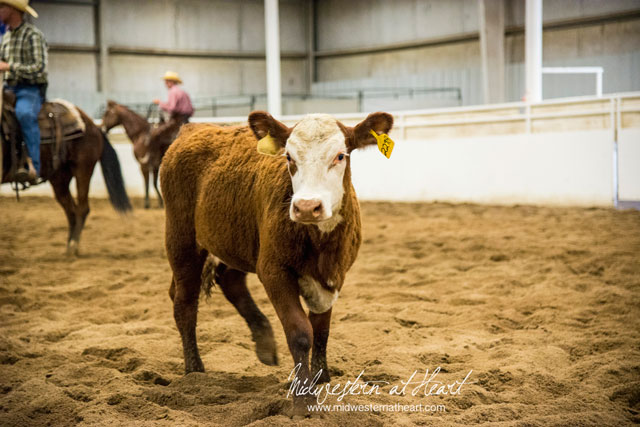