I have been fighting some kind of crap since Father’s Day Weekend which was also the Safari Hunt at the lake with our scuba diving which was also a weekend I was supposed to get night/limited visibility diving certified. That last thing didn’t happen, I couldn’t dive.

Tuesday I went to Urgent Care to find out what was wrong. 4 weeks plus I lost hearing in my left ear. So I finally gave in and went. I have bronchitis, an ear infection and a sinus infection. I guess if you’re going to go, you should go all out!

Anyway a couple weeks ago my uncle was baling hay. Dad was going to help but wound up needing to go pick up square bales in a close by field so I volunteered to go help Jackie (no that’s not my uncle’s name, it’s Jack but I have called him Jackie for so long he’s Jackie).

When I got to my grandma’s I couldn’t get dad’s tractor started. Dang it. A few minutes prior I had go into my parents house to steal a long sleeved, light weight shirt out of dad’s closet because I had a sunburn I didn’t want to burn more and they were pulling back in the driveway. So I called dad and asked him what the trick was. He came down and the tractor immediately started. Isn’t that the way it goes? 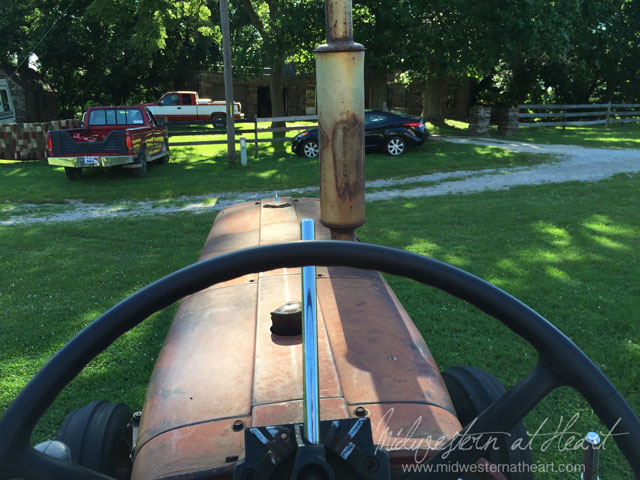 I took off for the field. Apparently in the process I dropped the stand for the rake. Jackie stopped to pick it up and later gave me fits. 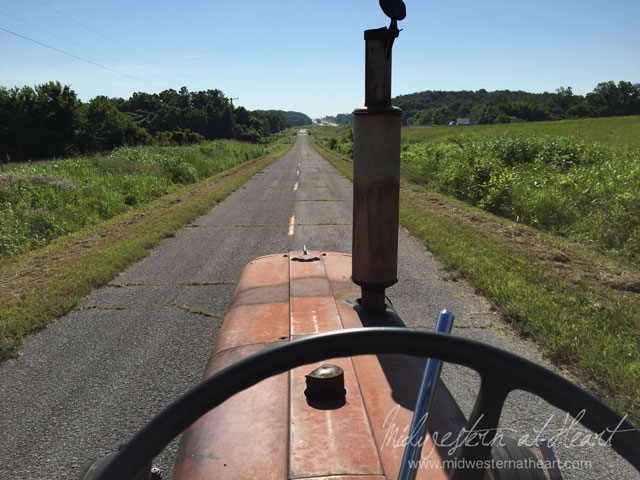 Then I was raking along and noticed that I had a huge mess so I stopped, climbed off and went to see what was up. One of the teeth had come lose and was tangled up with another wheel and causing all kinds of problems. By the time it was all said and done I took 7 teeth off, and was able to find 6 of the 7 of them to put back on. 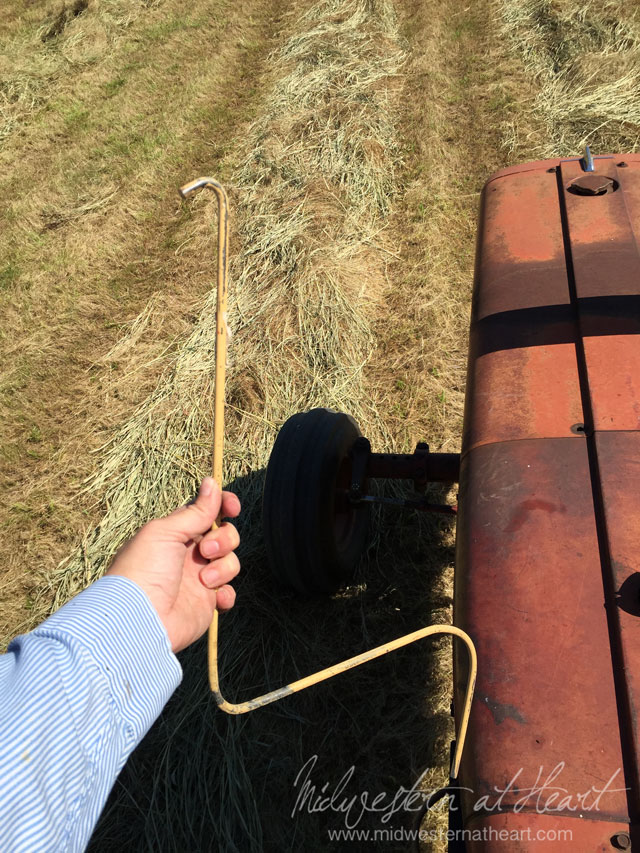 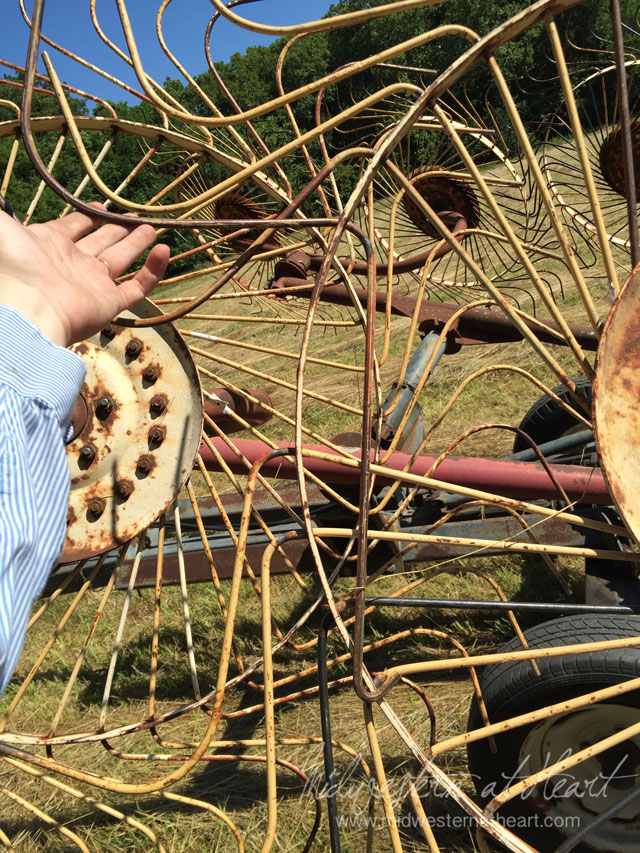 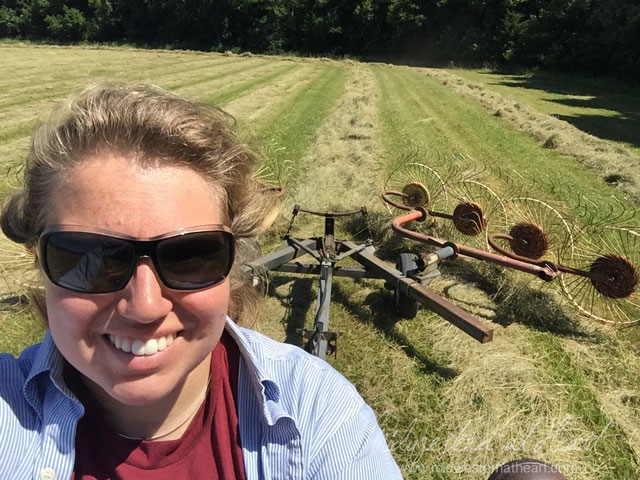 Jackie was baling while I was raking for him. Mom and dad came and brought me lemonade. Boy did it taste good. Then grandma brought down watermelon. Music to my ears, mouth, teeth, whatever! Dad offered to take over but I told him I had it under control. I only had about an hour left anyway so it was all good. 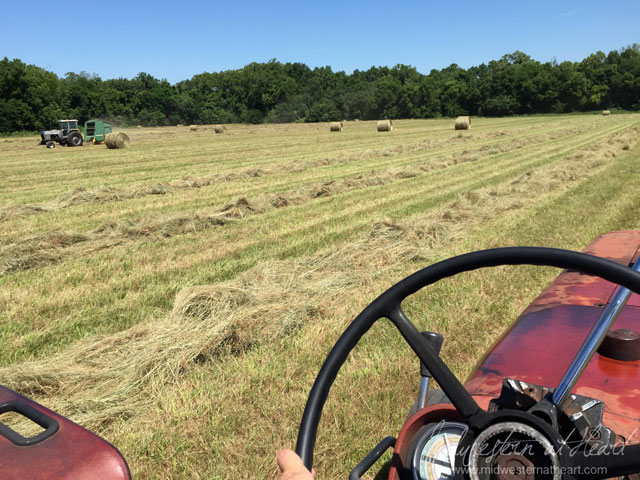 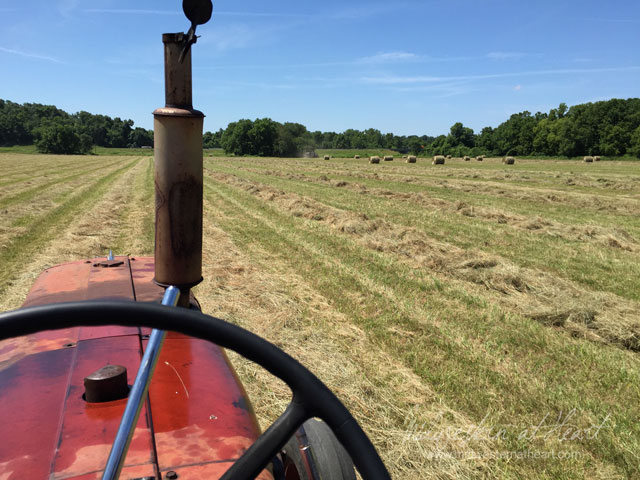 Then I went back to mom and dad’s, took a nap and eventually saw dad go out to unload the flatbed trailer. By this time hubby was off work and at mom and dad’s too. He was as sick as I had been so mom made him sleep on the couch and watch the baby and she came out. The three of us put the bales up in the barn. 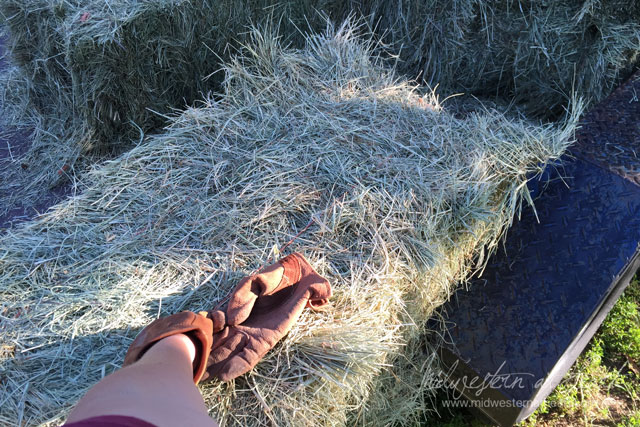 And that was the day I spent working on hay all day… minus my name that is :).

Not going to lie, I prefer to put the bales on the elevator because I’m outside and up in the hay loft is dusty and HOT! I spent most of that session in the loft too.