Saturday night I heard weird noises outside so I let the dogs come sleep in the house.  Sunday morning when I woke up I got up to go let the pups out and the cat was wandering around the living room.  I don’t really know how the cat will react to the dogs or the dogs will react to the cat so I went to pick the cat up and carry her into the bedroom to hang out with hubby while I put the pups out and the cat didn’t like me picking her up.  Now she’s front declawed, but she still has those mean ol’ back claws and look at what she did to my poor hand.  To say it hurts would be a bit of an understatement. 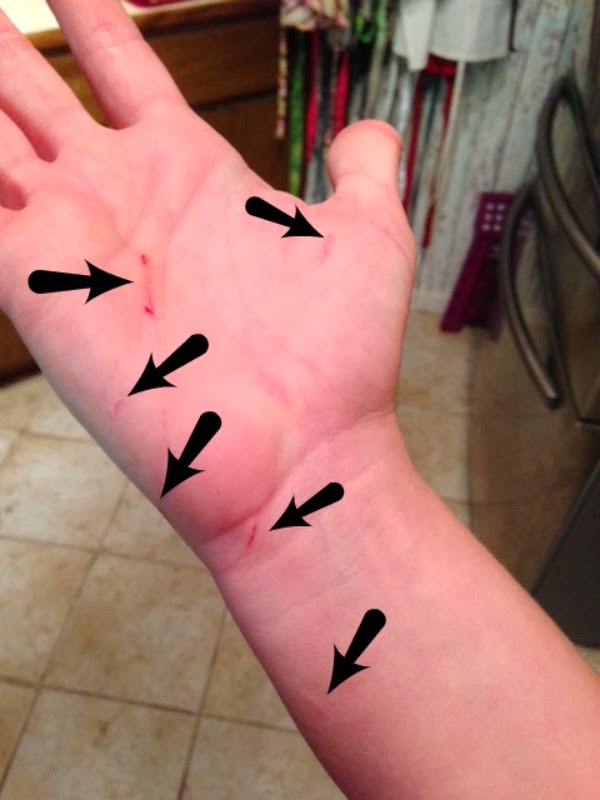 Let’s just say the cat went down the hallway and I had a few explicit choice words.  I’m not even sure what I said but I know it did include OUCH!

So I chased the cat the rest of the way down the hall by stomping my feet at her and then put the dogs out.  Audrey thought that she maybe smelled something she should check out but I told her to go to the door and luckily she listened.  Again I’m not sure how the dogs and the cat will react around each other….

Awe, the poor cat.  We were having fun picking on her.

Then I had to go lock myself in my office so I could work on re-writing a paper for school.  After a while hubby came in to check on me when it was time for a shower and bed.  When I got out of the shower, I went into the office to grab my stuff and look who I found sleeping on my chair.  Hubby said she was apologizing for my hand earlier this morning. 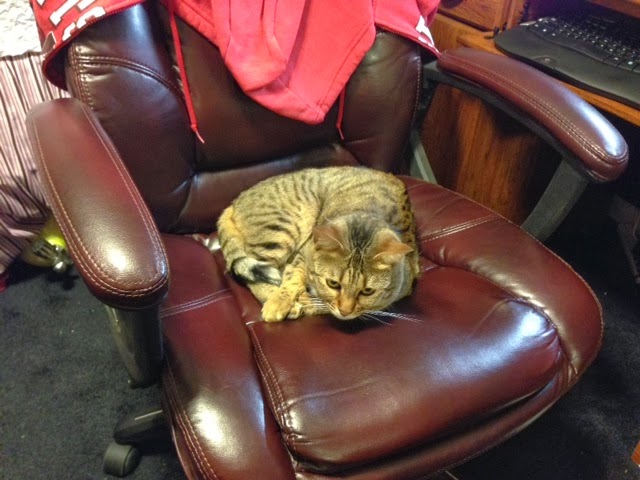 It’s soooooo hard to stay mad at her but I’ll admit, my hand still really hurts.

6 thoughts on “The Cat Made My Hand Hurt”