In a way, I feel like Miller is part of an old stomping ground for me.  I spent Friday’s of one semester and an entire semester 5-6 days per week in Miller back when I was in college.  Why you may ask?  Well, my degree is to be a High School Agriculture and Miller has a very nice Agriculture department, and that just so happens to be where I was placed to do my student teaching.

A couple of months ago, hubby and I were out driving around and wound up in Miller and I was telling him what I knew about the school and the town.  Now, Miller is not big at all – Population roughly 700.  But I would bet that half of the school was involved in the Agriculture program at some point or another in their high school careers.

We wound up driving down one of the main streets that takes you past the Post office when we saw this pizza place.  The funny thing was later that weekend at Sunday Night Dinner, Earl & Pokey were mentioning this pizza place in Miller that we all needed to go eat at.

Finally, Friday night worked out that we were able to eat here and Pokey & Early were able to join us.  Let me introduce you to a horrible iPhone picture taken at 8:30 at night of the yummy Pizza Place – Marshiano’s Olde Time Pizzeria. 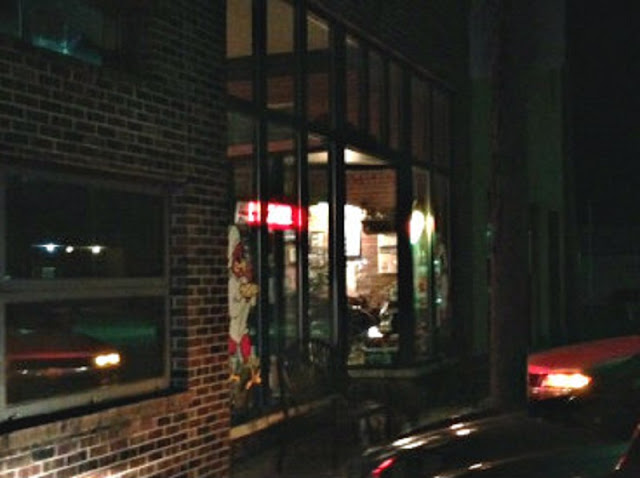 I really wanted to try the Chicken Alfredo Pizza but we decided on trying the Jumpin Jack Pizza instead. 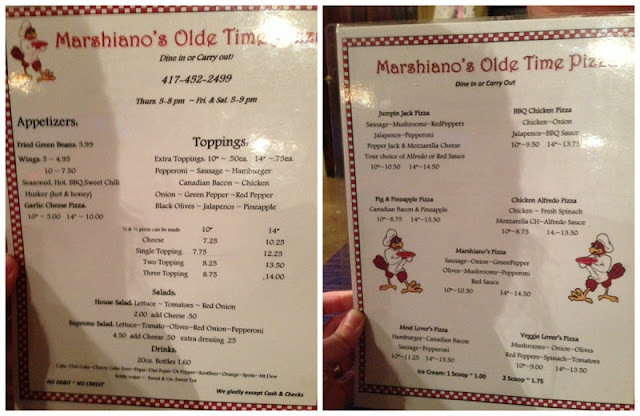 I’m so jealous of the brick wall.  I love buildings with old brick walls and I really liked the simple table decor! 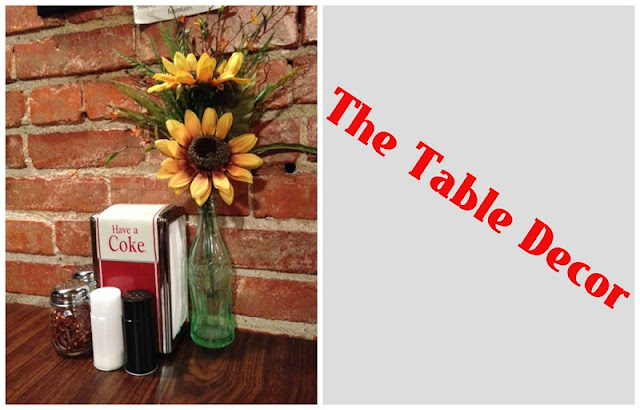 We ordered sweet tea and when it came out in a “red solo cup” I just cracked up laughing.  I couldn’t help myself. 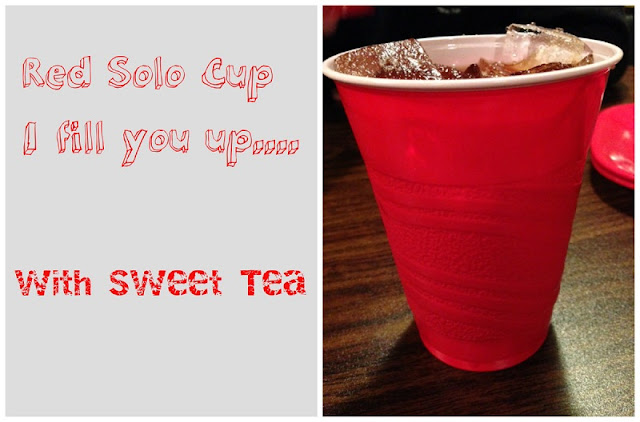 Originally hubby and I chose to come here for dinner, then once we were here Early started asking what our plans were for dinner.  We told them to hurry up and get their butts up here, we’d order for them and their food would be here waiting for them.

In the meantime, we ordered Fried Green Beans.  Oh my goodness were these fabulous!  The breading was thick but not toooo thick and it tasted so good.  I want their secret!  The Ranch dressing was good too and trust me, I know ranch dressings! 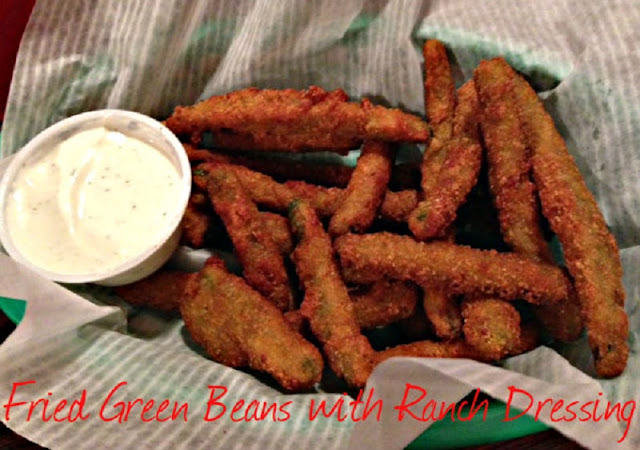 While we were waiting on Pokey & Earl to get here I decided to take a photo of us, however, I wasn’t cooperating.  Isn’t that strange?  But isn’t my husband just the cutest!  Such a pretty smile next to some weirdo! 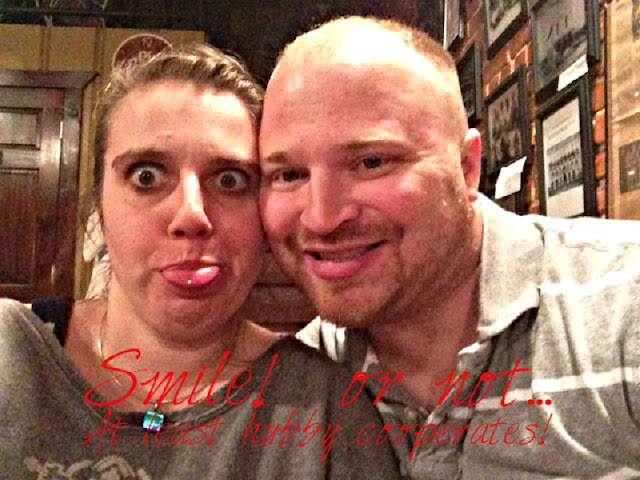 As I mentioned earlier, we ordered the Jumpin Jack Pizza but substituted hamburger for sausage and chose the Alfredo sauce for the base.  The Jalapeno’s had just a little bite to them which was a fantastic kick to an awesome pizza.  Lots of toppings are definitely what makes a good pizza! 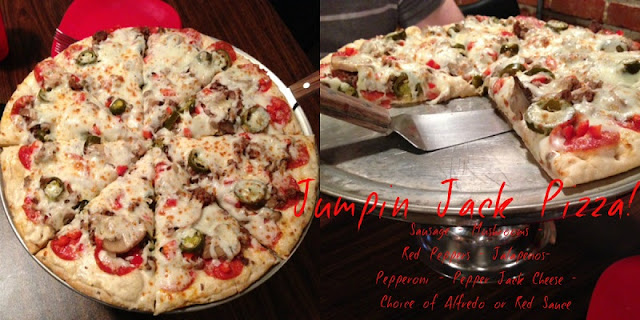 Pokey wanted the BBQ Chicken Pizza.  I myself am not such a fan of BBQ Chicken Pizza, however, I should have tried it just to say I did!  Pokey likes it so much that when they told us what to order, he knew he wanted this, minus the jalapenos.  Hubby tried it and he agreed with Pokey on the taste. 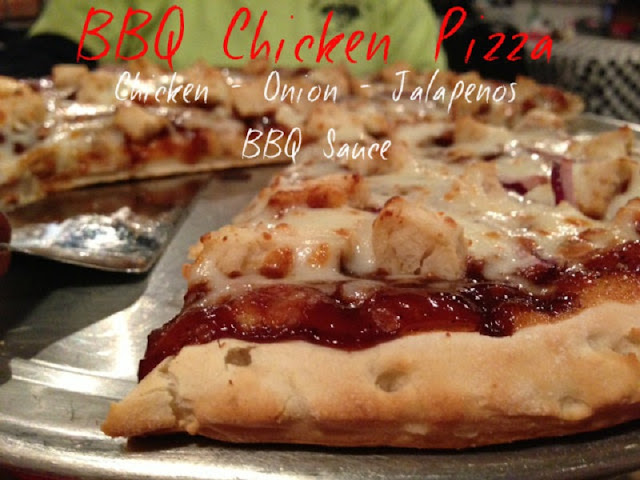 Earl came to my rescue and ordered the Chicken Alfredo Pizza so obviously since that’s what I really wanted I snagged a piece.  The spinach added an extra flavor to an already excellent pizza.  I have a soft spot for Chicken Alfredo so on a pizza, you can’t go wrong!  Thanks for sharing Early!!!! 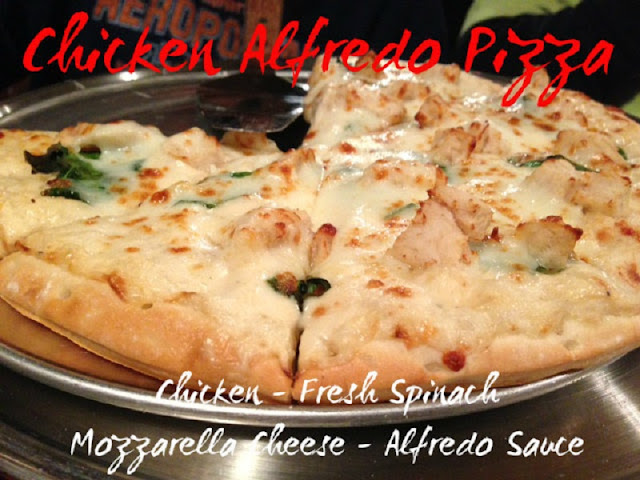 We all left, stuffed, with pizza to spare.  Look how cute these to-go boxes are.  Yup, I loved them!  Beats your normal just plain pizza box. 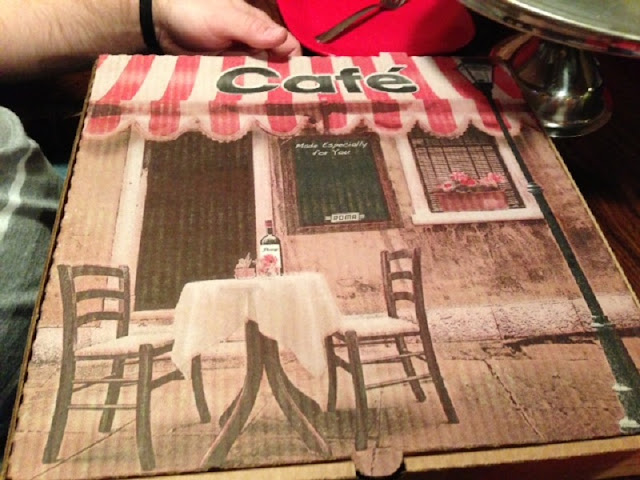