Last Wednesday was my Mother-in-laws birthday.  Since we only have my {step}daughter every other weekend, the Saturday before seemed like a great time to celebrates so Tbug could be included in Memaw’s (my MIL’s nickname via Tbug) Birthday celebration.

When hubby asked her what she’d like, she said a steak sounded really good so we started listing all kinds of steak places, when my dad brought up the point that Jim Bob’s was re-opened.  (It blew away in the Tornado.)

My MIL, hubby, Tbug, my parents and I decided to meet at Jim Bob’s for dinner.  If you read my lifestyle blog, you’ll remember that was the same day that Tbug attended her first show, you may also recall it rained the whole day.  I’m not complaining, especially when that evening we got the sight of a double rainbow.  The second one was too faint and I couldn’t capture it. 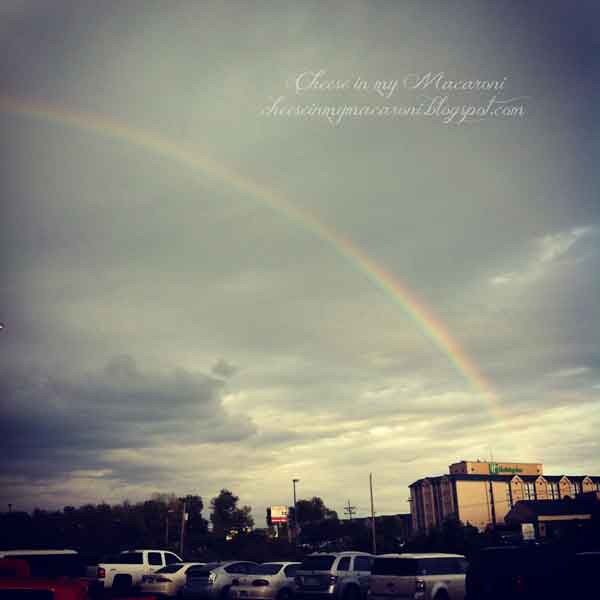 Now you’ll notice this photo looks later at night, and that’s because, it was.  I took it as we were exiting the building. 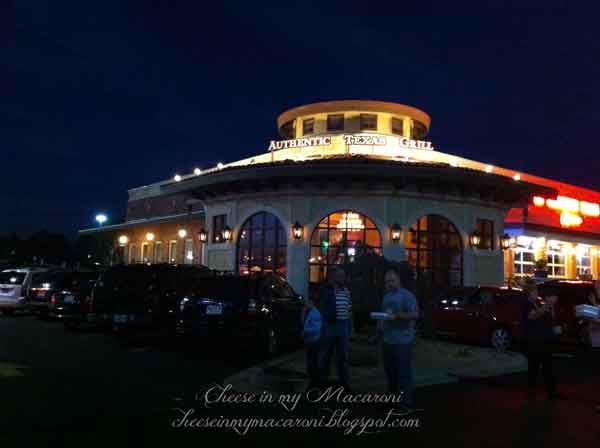 my iPhone didn’t want to capture the sign very well, but you get the idea, right?  Hint: It says Jim Bob’s. 🙂 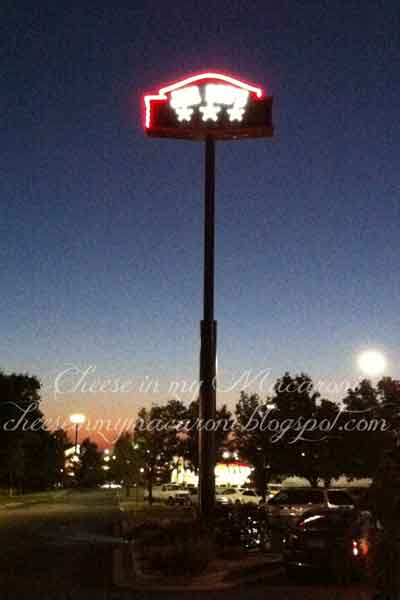 I sometimes get teased about going to a steakhouse and not ordering steak, and to be honest I wasn’t extremely hungry… 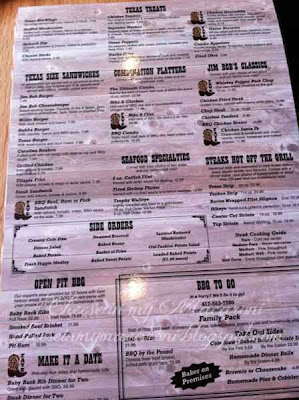 They gave Tbug a menu but no crayons so I gave her an ink pen I had in my purse.  I should have taken a picture of her finished product. 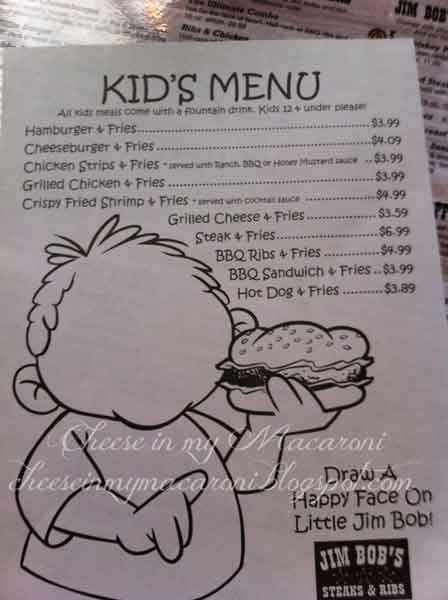 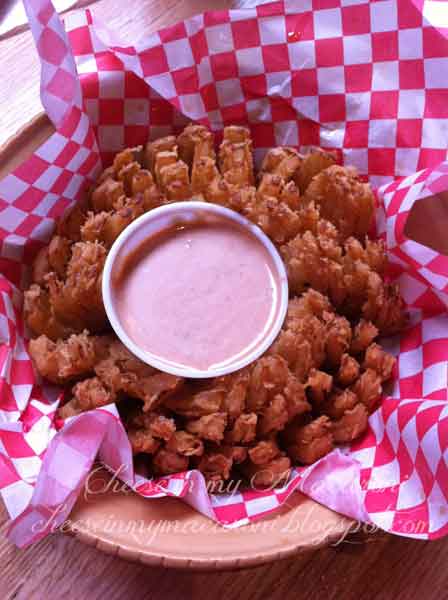 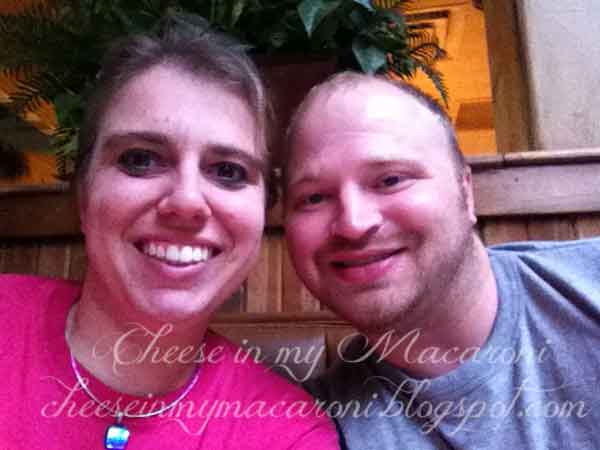 The waiter told us as soon as rolls were out of the oven, he’d bring us some.  He came by a few minutes later and said, well it’ll be a few more minutes, they forgot the rolls were in the oven and burned them.  That’s ok, we still got piping hot rolls 🙂 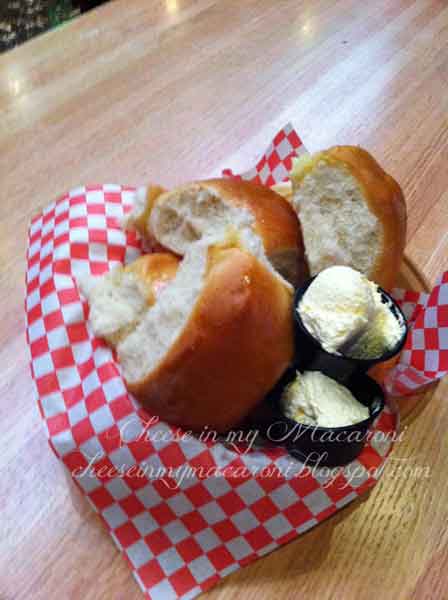 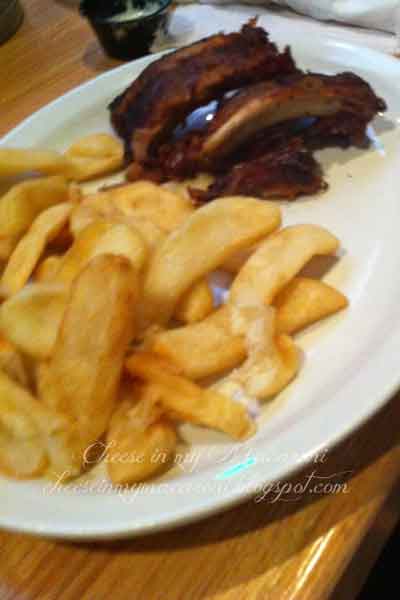 My Mother-in-law got a steak and baked potato plus a salad. 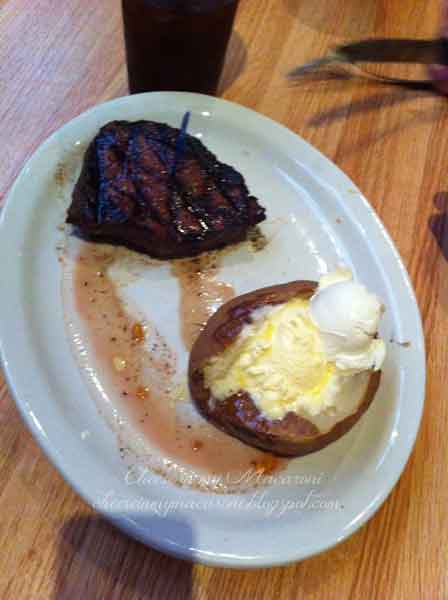 Hubby and I did the meal for two, splitting the ribs.  I got a Loaded Baked potato as a side.  He got beans… yuck in my opinion, but I don’t like beans, he does, and he said they were good.  Plus we both had a salad.

Baby Back Rib Dinner for Two 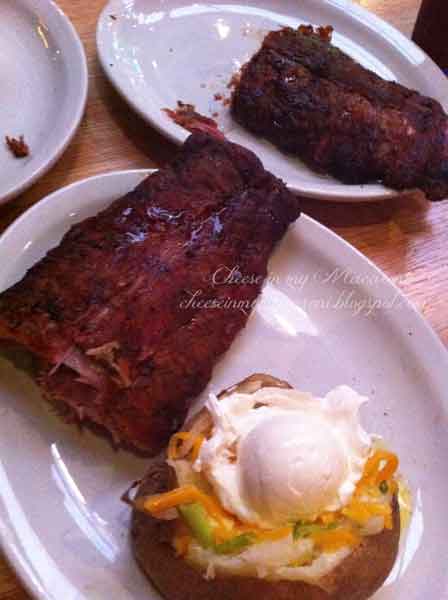 Mom & dad also got steaks with baked potatoes and salads. 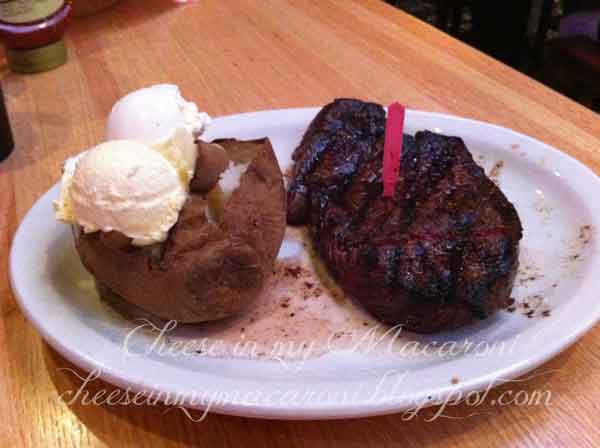 Our waiter was great, and if you’re ever in Joplin, you should go to a MSSU Football game and catch him in the band :).  I have no idea what he plays or even what his name was but tell him we sent you. ha!