I swear all animals on our farm have their own personality. It also seems like if they come and don’t have one, they develop one extremely quick!
Squirty is the Dun mare on the left, Blondie is the Palomino on the right. 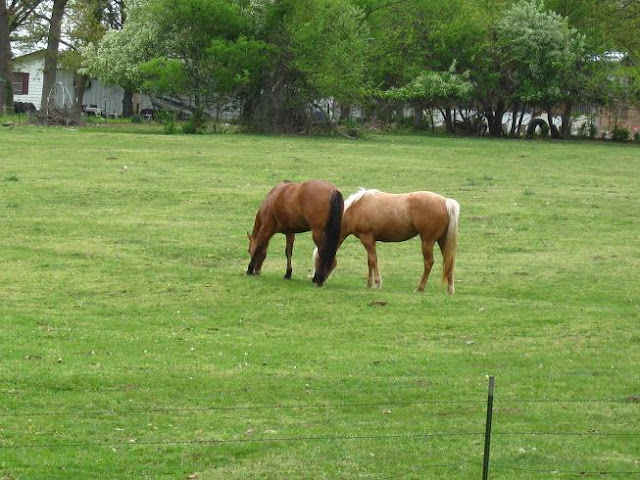 Squirty was raised on our place. Her momma is Cricket and her daddy is Munchkin. Munchkin was raised on our place also. He is our stud. Cricket was given to us by some friends who really wanted to see a colt out of the 2. They tried once and Cricket had a miscarriage and then they gave her to us. At first we thought about Squirty’s registered name as Munchin Crickets but decided had she been a stud colt maybe not not for a filly.

My mom and I went together to buy Blondie last summer. She was just a 2 year old at the time (now 3). She was bought by some lady out in Kansas from a horse sale in Shawnee, Oklahoma, but the lady didn’t have time to mess with her and break her so she traded her to a guy here in Missouri for a gelding that he had that was already broke and didn’t require as much attention. He placed the add on Craig’s List for her and we bought her.

When we got her, you could hardly put a halter on her. She was and still kind of is very fidgety of her head but we’ve been working on her. We still have yet to break her to ride. We started working last fall hard on it about the time weather turned off bad. Dad said that the minute we get on her back and start riding, we have to do it every day for 12 days (I think is what he said). When bad weather hit, we weren’t guaranteed to have the number of days so we had to lay off a bit but she still is a lot easier to handle.

Anyway the girls were turned out in the pasture along with my big show gelding KG and my dad’s mare Aloha who is due to have a colt within the next couple of months, but Blondie & Squirty were hilarious. If one would run, the other would run, if one would graze, the other would graze. But what cracked me up the most… they wanted to graze in the same spot… go figure! Apparently in the 35 acres my parents have for them to run on, that’s the BEST. 🙂 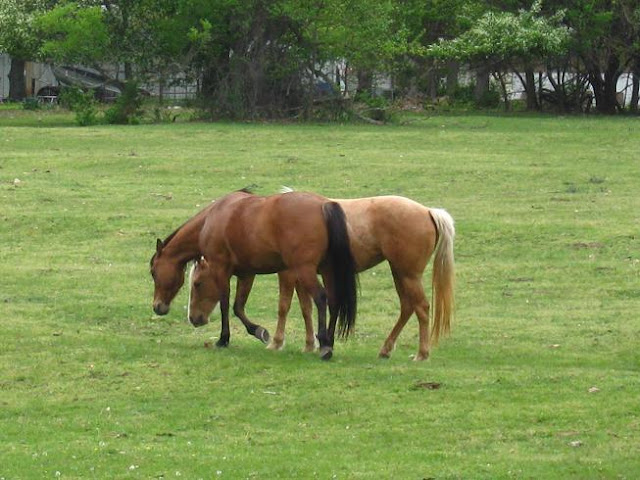 Finally they broke away from each other, but not for long. Then started the running again :(…. sigh! 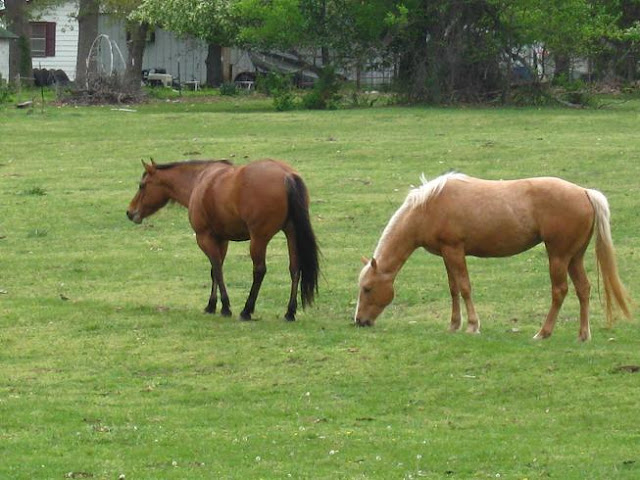 In fact, last summer when my parents went to Hawaii and I was left on horse duty, these were the 2 girls who gave me the worst trouble out of all of our horses. They wanted to “play” with the horses on the other side of the fence and not come in at the end of the day. I showed them! My friends Kalem & Evelyn came out to help catch them and we had them in the barn in about 10 minutes. I showed them 🙂