This post is not for the faint of heart.

Saturday night hubby and I were cleaning the house and my phone rang. I answered and it was my mom asking where I was. I told her standing in my kitchen, why? She kind of had this panic in her voice. She said that Colonel had been hurt and could hubby or I one come help her? I said well of course. Hubby put his bibs on and grabbed his coat and he was outta here. He told me that he’s pretty sure 2 of his wheels didn’t hit the road going up my parents driveway (there is a curve in the driveway).

I asked him how bad it was when he got home and he said it wasn’t great. The one vet has been out of commission since June/July when he had surgery and his daughter (also a vet) wasn’t able to come so they told us what to do and that they’d be there first thing Sunday morning since my dad assessed the situation and they all decided he’d be okay over night.

Sunday we went over to help and I finally got to see what happened. Colonel has a huge hole in his chest that goes straight up and Dr could put her fist in it. Yikes! 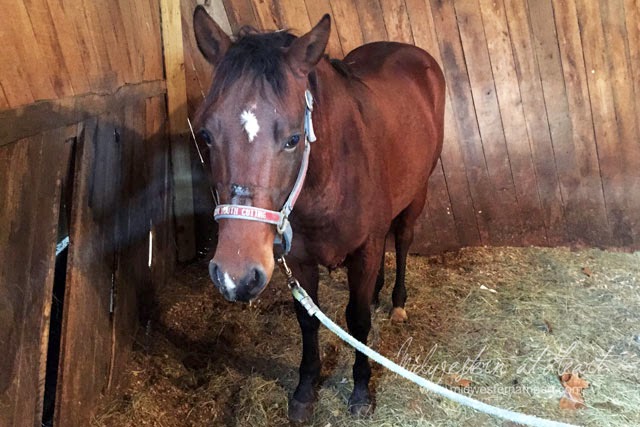 We weren’t able to sew up the hole, and it would have needed a drain anyway. Vet said the best thing was to cut off the hanging skin (not much and it wasn’t salvageable) and he should heal up just fine. Especially since it has the perfect drain since it’s straight down.

Then hubby and I went on search of what poked the hole. And here’s the culprit. We think that one of the mares was teasing him (he is a stud after all) and he went to mount her and met the T-post instead. 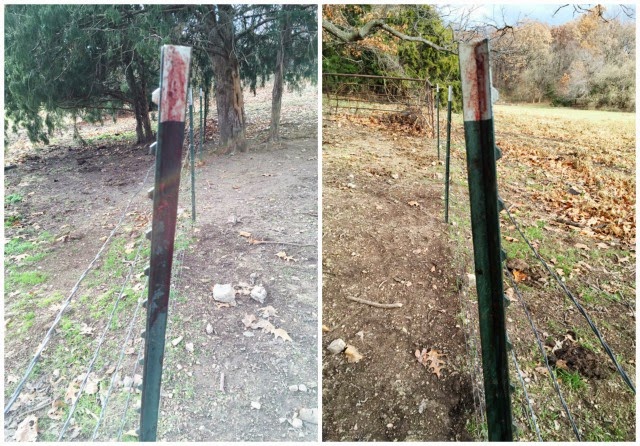