One of my absolute favorite things to do is go to Texas. I’ve been going to Texas since I was a little kid. I have an aunt that lives in Arlington and there are lots of horse shows in McKinney, Ft. Worth, and suburbs that I’ve been to. In fact, as a little kid, we spent almost every weekend in Texas at a horse show here or there so I always claimed I was part Texan. I know crazy right? Sounded good to me!! Well, there is this town called Sanger on your way to Dallas/Ft. Worth and it has this beautiful house. My parents can remember it being there since 1989 and I remember it since the mid-’90s (which of course theirs is older than mine but shhhh I’m telling this story:)… haha) 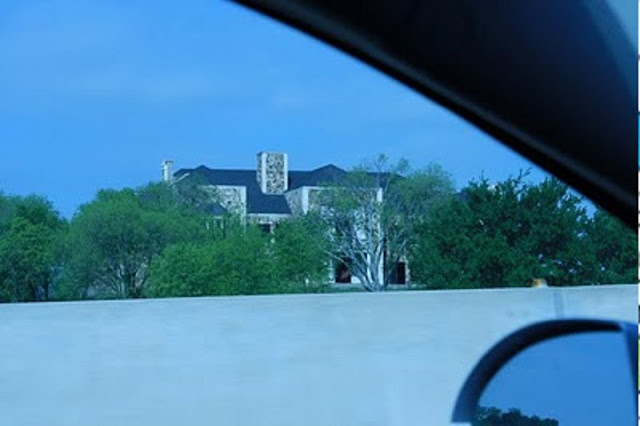 The trees were saplings back then and you could see the house exceptionally well. 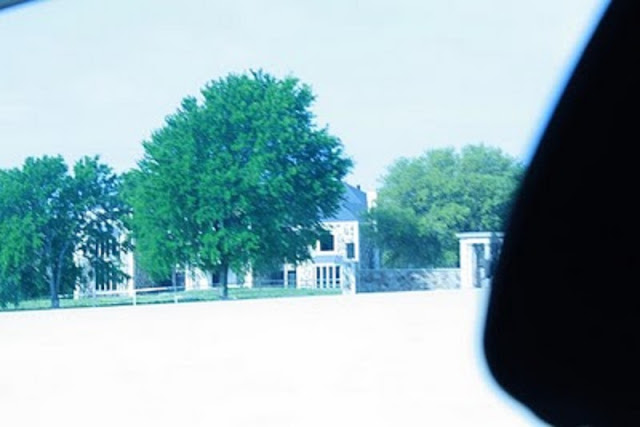 It is a 3 story house. It has a free form spiral staircase in the middle takes you to different floors 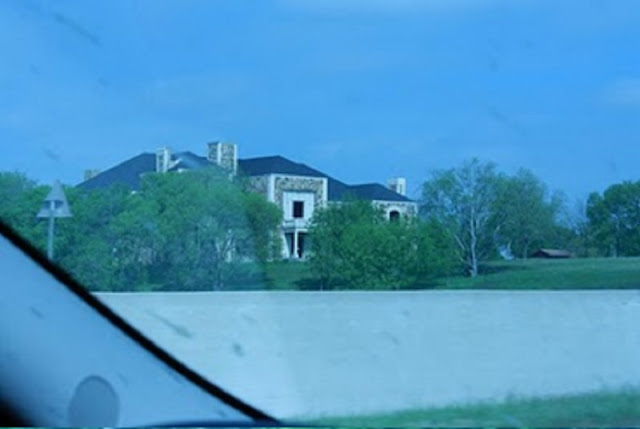 It just sits there vacant though… 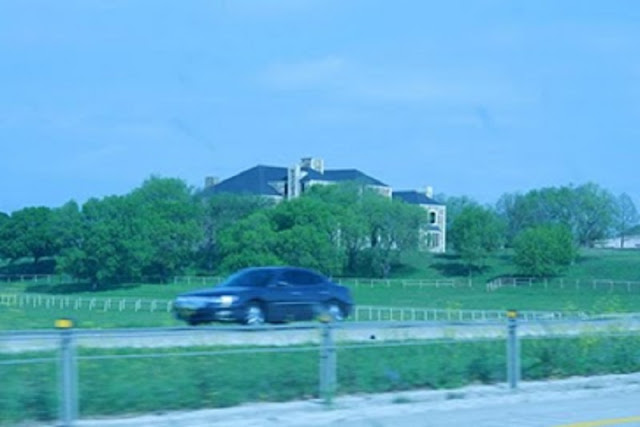 I would love to know the story behind it!!! 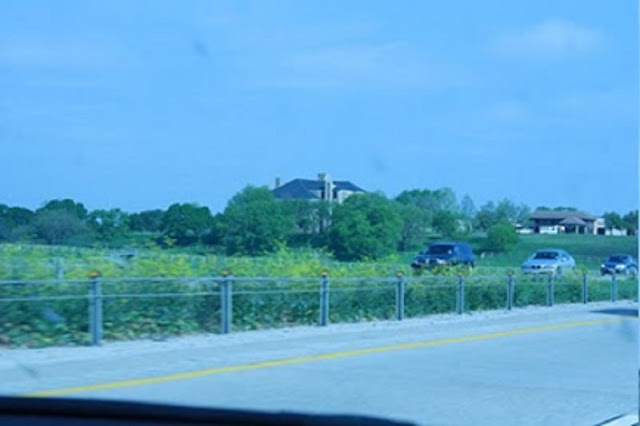 One story we heard was a guy was building it for his wife and she passed away so he stopped working on it. Another story was that a guy was building it for his wife and she cheated on him so he quit working on it… We don’t know the real story. For a long time, it sat there with no windows, no doors, no shingles even. A few years ago we were headed to Ft. Worth and noticed those 3 new additions and thought, hot dang, someone is going to finish it. It has set this way since about 2005 or so… just sits there. It’s sad! I hope someday to find out the story about this awesome house! Until then, I’ll just admire it from I-35 driving by.