Dad, Prince Charming & I went to Horsefest in Springfield Sunday, March 14th. (It was a 3-day event March 12-14th) There was a lot of good information that was given out. We watched Kerry Kuhn from Kansas give a demonstration on this 3-year-old. The owner said she’d been ridden 1-time last fall and that was it.

He said the first thing you need to do is build the horse’s trust. Get curious as to what you are doing and let them see you won’t hurt them. 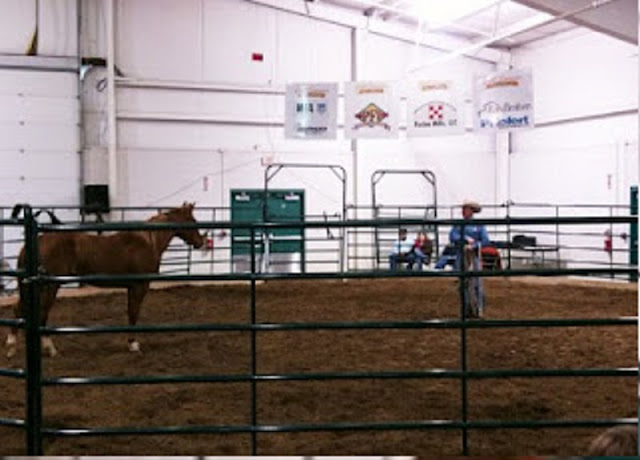 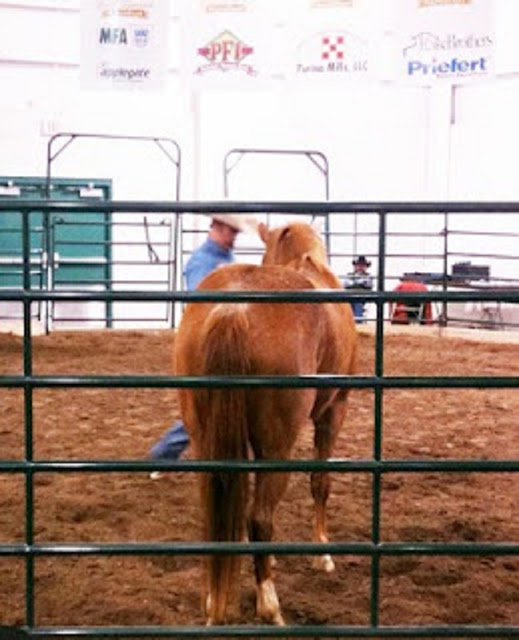 He’s finally gotten the horse to follow him and allow him to get closer. 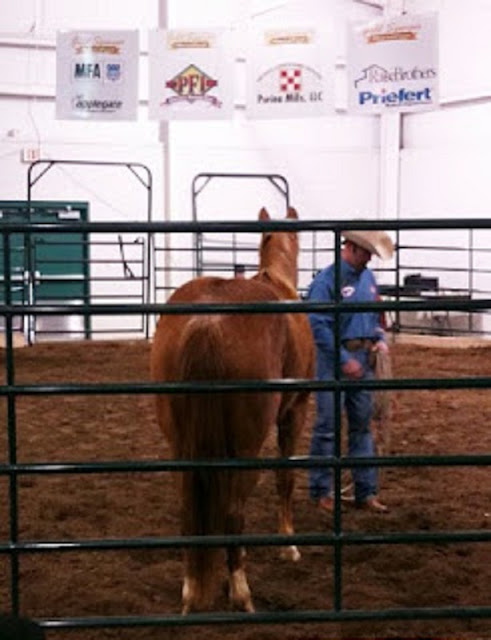 It’s about time to put the halter on 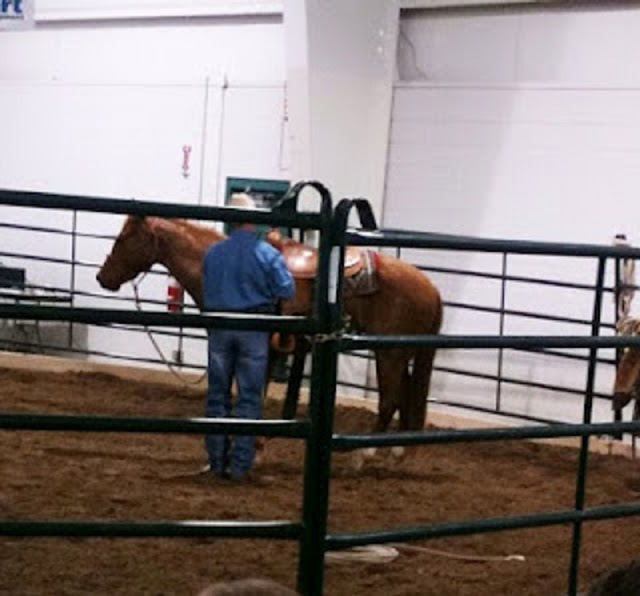 By now the horse has calmed down and he’s able to saddle her….but….. 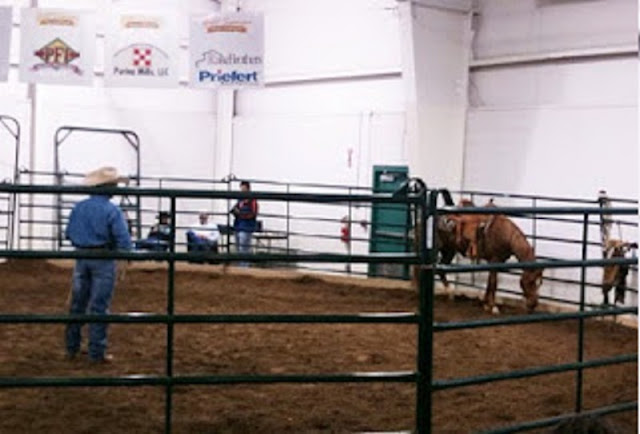 That didn’t last long and she took off bucking!

They had this arena set up in the Exposition center on concrete. There were probably 4-6 inches of dirt/sand to give it cushion from the concrete. Then they had these panels in there with boards at the bottom to keep the sand in. They had the boards on the fence with zip ties. Yeah, those boards kept breaking lose and sand was going everywhere. Not the brightest way to attach boards!! 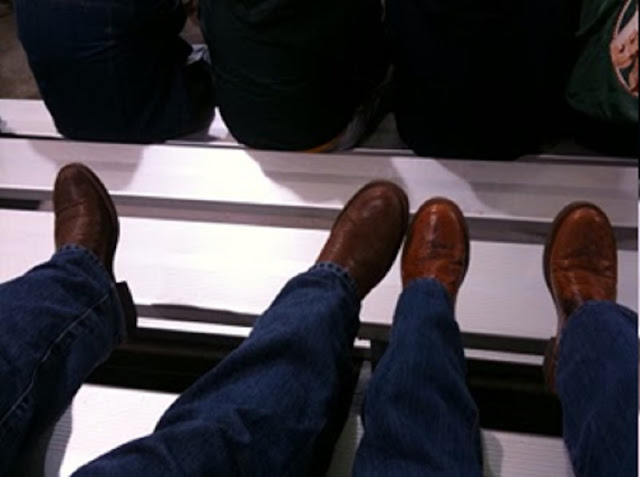 Hehe, I got sidetracked… I liked this shot!! 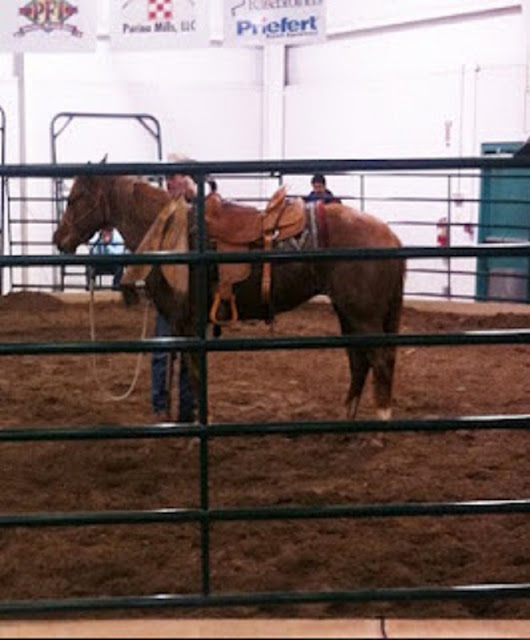 back to the horse. He finally got her calmed down enough that he started messing with her again. Now he’s throwing his Chinks over her to try to desensitize her from things flopping on her, such as a human 🙂 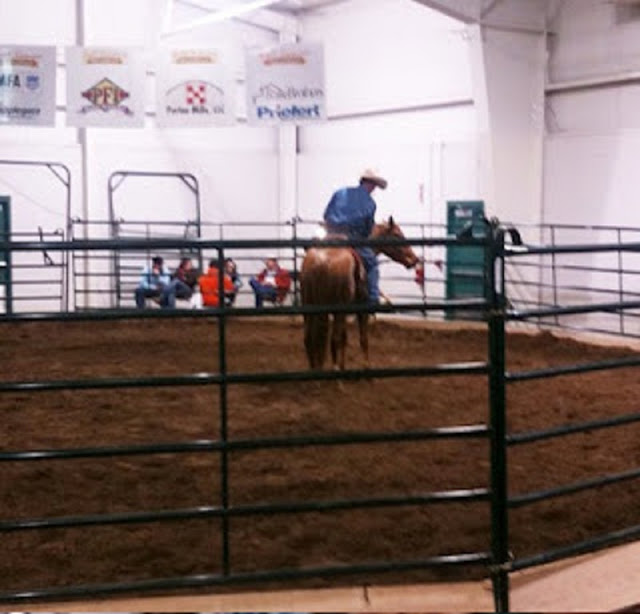 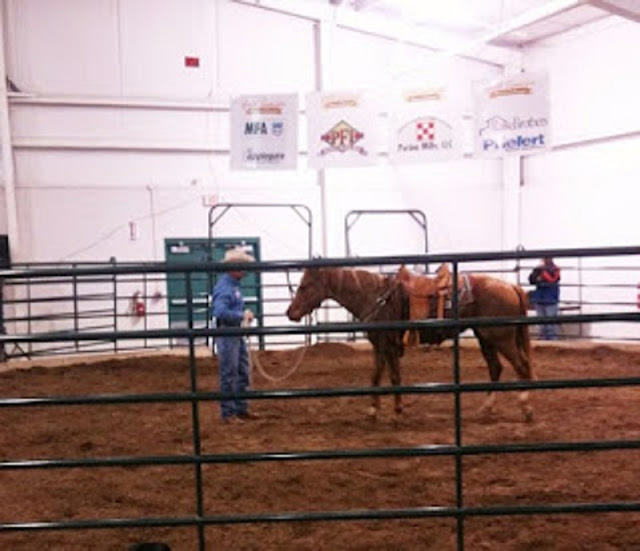 He said if they breathe real hard through their nostrils, that actually has them paying more attention to you and they think better. 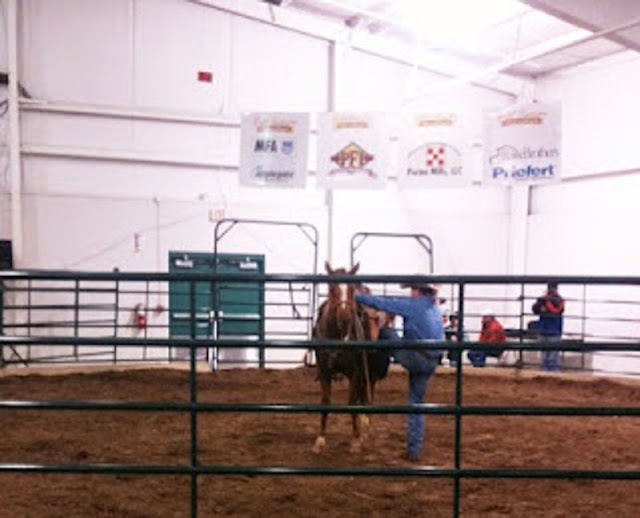 continuing to climb on and off. 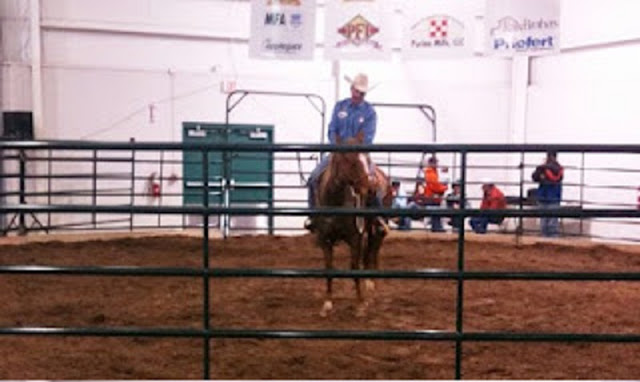 He’s now just sitting on her. 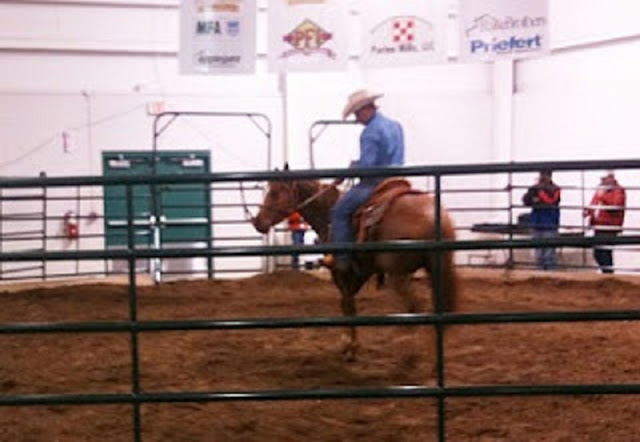 But that didn’t last for long……… 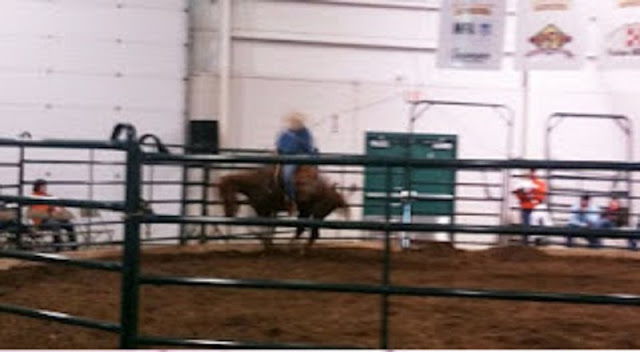 He got to go for one heck of a bronc ride.

By the end of the hour, he actually had her calmed down where he could sit on her. He said later in the day they’d work on other things but still work on this also. We didn’t attend the session later, we went to watch Stacy Westfall.