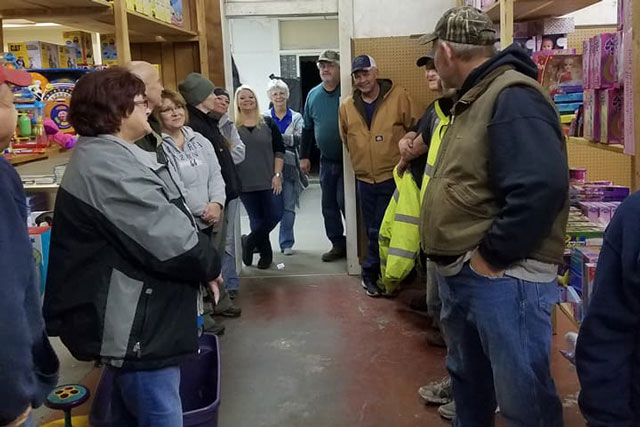 Earlier this fall… yes, it’s still fall… you know tomorrow starts the Winter Solstice, that’s the shortest day of the whole year. From there we’re going to be gaining light!! Anyway… back to the fall… We had our annual Chili cookoff to raise money for deserving Children whose families have fallen on hard times for whatever reason.

I always refer to those who help with this project as Santa’s Helpers because who couldn’t use a helper? So, Santa’s helpers have been busy at work, getting applications, reviewing them, and trying their darndest to make sure kids have a fabulous Christmas no matter what the circumstances their family faces are. But here’s the thing…

They needed a place to store the presents bought, wrap the presents, and have a pickup point for parents. But the other day someone broke into that warehouse and stole at least $300 worth of gifts. WHAT? Sad, but true.

I have no words. I really hope the person who did this needed the gifts for their child more than someone else is all I can say. There really are no words. And just because those gifts are gone, doesn’t mean that the program is over for the year. In fact, it means just the opposite. It means that they were going to have to find more money and go shopping again.

With just 4 days until Santa visits, the community banned together and went on a “RAISE MONEY” now campaign. Two local businesses banded together and said, we’ll raise the money. The only place I saw word spread was on Facebook, and maybe that’s all that was needed.

The community banded together and they raised over $2100. Yes, you read that correctly.

It’s so sad this happened, but they came out of this one better than ever. This is what it is all about. The children and a community banding together to make this the best Christmas for those deserving boys and girls.

One thought on “This is What It’s All About”