Can you believe we’re at Thanksgiving week? Didn’t we just ring in the New Year? This year has flown by. In the last couple days I have been putting together a document on Christmases and as we’re approaching my favorite time of the year, between Thanksgiving and New Years, I’ve been a scrooge the last 3 or 4 years at Christmas time. How the heck does that happen? I wish I had an answer but I don’t. Maybe this year will be better? Here’s to hoping!

My mom laughs at hubby and me because we write our Thanksgiving game plan out with courses, how long they cook, at what temperature they cook and even when we need to start working on them to get them in the oven at the correct time.

One of the recipes we’re making this year is a Tennessee Whiskey Cake with Candied Pecans. Hubby was going to buy some candied pecans, but I told him I would find a recipe and make my own so that’s just what I did yesterday… made my own candied pecans. Can I tell you how easy they were because wow, they were! The hardest part was I accidentally dropped my egg yolk into the egg white I was separating out and broke it while I was at it. Bummer! 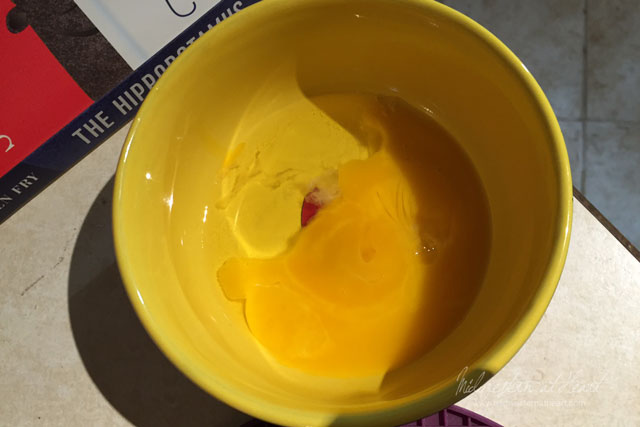 That just meant I had to start over. Seriously, separating the egg white from the egg yolk is the hardest part of this recipe.

You drop the white into a mixer (or do it by hand, I was being lazy), bring to a frothy white, add brown sugar, fold in the Pecans, spread on cookie sheet lined with parchment paper and bake in a 175˚ oven for an hour and a half. And…. then you have Candied Pecans. 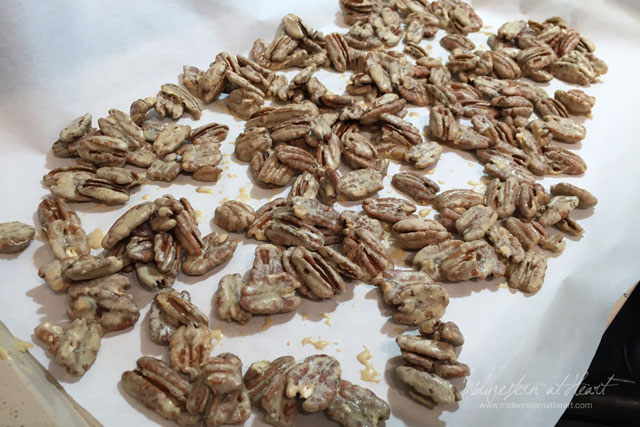 And bam, you have candied Pecans. Here we come Thanksgiving!