Every so often I wind up looking up National holidays. Not the big ones that we all know like Halloween, Christmas, Thanksgiving, etc… I’m talking the little ones… Like the one that hapepned on Sunday. What was Sunday? I’m so glad you asked. August 6th is National Root Beer Float Day. Nothing big, but still kind of fun to acknowledge.

Last week I wound up on a blog while doing some research and saw a recipe for Root Beer Float Cupcakes. I got it stuck in my head I needed to make those on National Root Beer Float Day. It combined 2 things in to 1. Root Beer Floats and cupcakes. And since I’ve been trying to teach myself how to make cupcakes, what better thing than to put my new fangled knowledge to work, right? 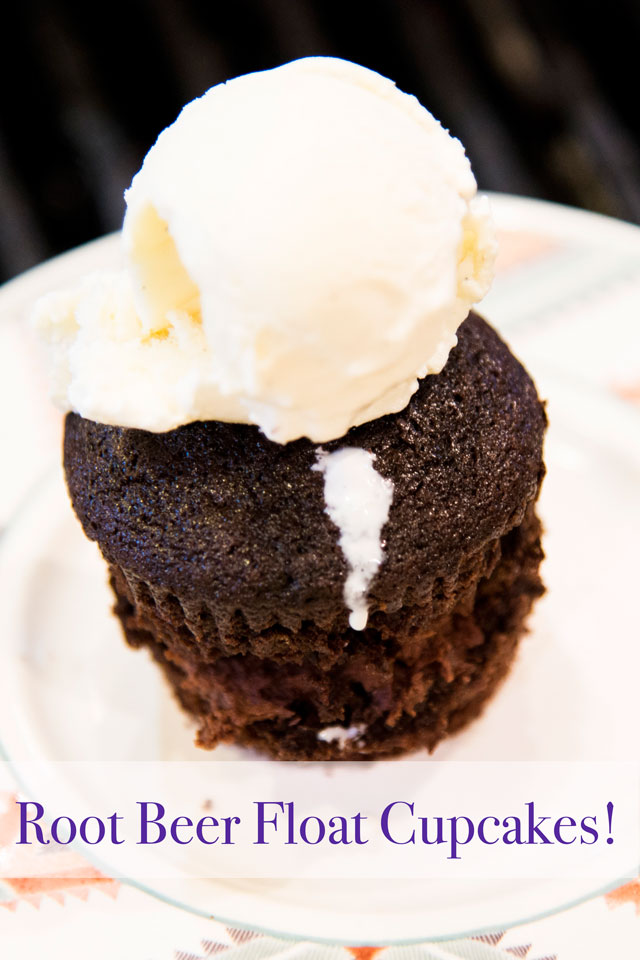 So nothing unusual about the beginning of these cupcakes… mix the dry ingredients in a bowl and set aside. Easy peasy… But then comes an interesting part… Place the liquid ingredients in a sauce pan over medium heat and melt together. Oh, and some of the liquid… none other than Root Beer because hellow, these are Root Beer Float Cupcakes, right? All of this was done in a bowl with a whisk… as in no electric mixer required for this step. This step=the making of the cupcakes. 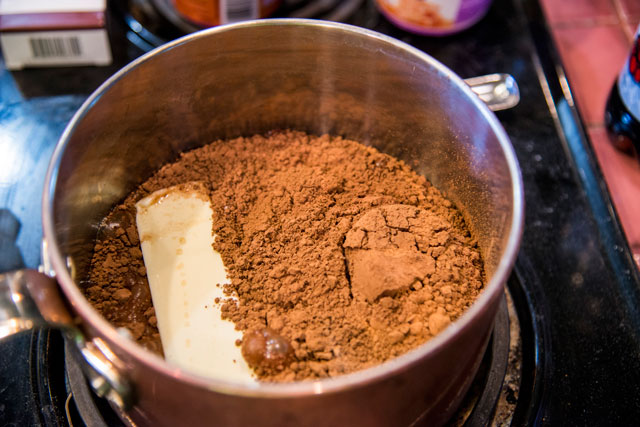 The cupcake only used cocoa powder while the icing used melted chocolate. Luckily I had some semi-sweet chocolate stashed away in the freezer, otherwise I wouldn’t have been too happy. Truthfully, I’m not sure what I would have done. It’s not like I live a million miles away from town, but at the same time, it seems pointless to drive to the store just for chocolate. Luckily I was in luck. Don’t you like that sentence… 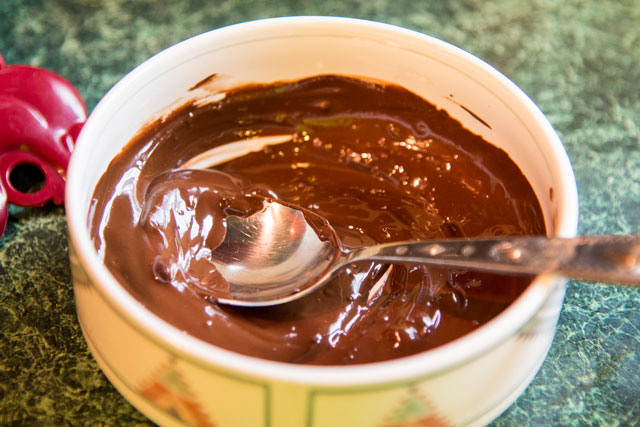 I guess I’ve gotten use to the Food Network recipes I’ve been making this year because it is usually enough for 12 cupcakes (as long as I divy it up correctly). This recipe made 24 cupcakes. I really didn’t need, nor did I really want 24 cupcakes, but I must admit that they came out looking very uniform. Maybe I’m learning from this other challenge how to actually divy up cupcake batter. Watch, this month’s Food Network Magazine cupcakes won’t turn out looking this pretty. 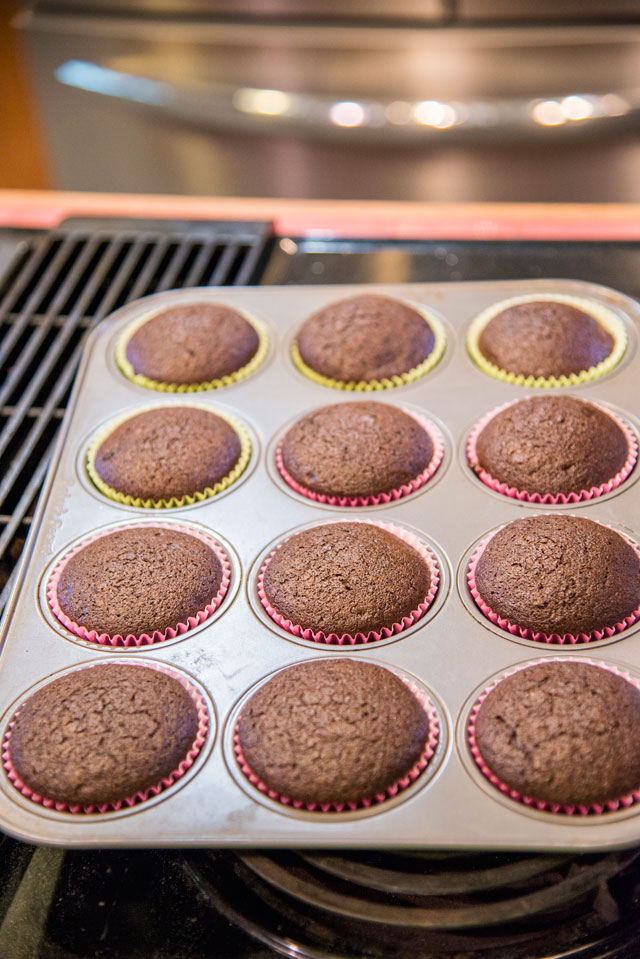 So one last thing to note… You need Root Beer for these cupcakes. While I was at the store, I thought I’d just grab one of the 20oz bottles at the check out. I didn’t need the whole 2Liter and I didn’t want a whole bunch fo cans either. So I went through like 5 or 6 lines trying to find a Root Beer at the check out and Notta. I was starting to get worried. Finally hubby found a Barqs so I quickly snatched it up. If you remember Barq’s has bite. I really do like the taste of Barq’s, not everyone does. The recipe said they used A&W, I used Barq’s. I can’t help but wonder if there is a difference in the taste of theirs versus mine… But there was a nice little hint of Root Beer in the Root Beer Float Cupcakes.

So this was a cupcake, split in half. There was a layer of icing between the two layers and a scoop of ice cream on top. After we had ours on Sunday, I put the rest of the icing on the cupcakes on top. I can verify that they taste good with the icing on top too. The cupcake was good. There was a hint of Root Beer but it wasn’t over powering. I felt like the cupcakes were a little dense and maybe a little drier than other cupcakes I’ve had, but Yum! 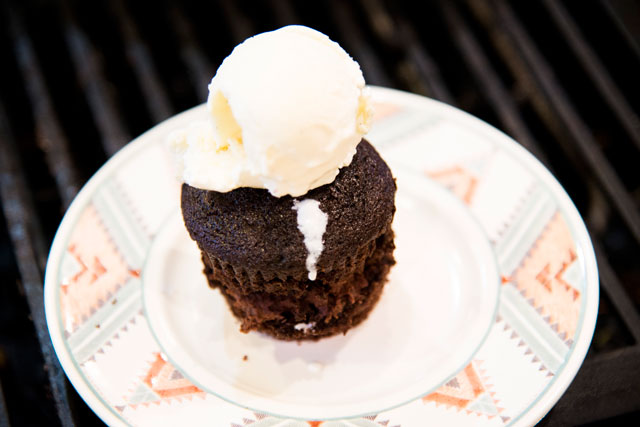 Recipe by Lauren Kapeluck via The Cake Blog

Out Take with a Story
One Year Ago... XIV
How to: Clean a Mildewed Saddle
10 Things to Smile about November