Here it is Monday after Easter and I think I’m still in a food-induced coma. I sure hope you ate well, I know I did! By now I’m sure you’re aware I challenged myself to bake all 12 cupcakes in the Food Network Magazine January/February 2017 edition. The editor says there doesn’t need to be a reason to have a cupcake, therefore one for every month. This month happens to be the Carrot-Walnut Cupcakes. Those would be perfect for Easter, right? We didn’t eat them on Easter though… nope, but the week of, you bet! 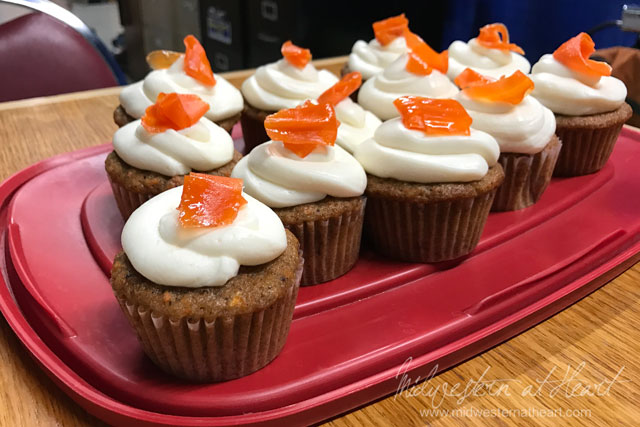 I should immediately point out, I didn’t put in the walnuts, that’s why the title says minus the walnuts. Mark doesn’t handle nuts real well (we’ll leave it at that.. haha) and I’m not crazy about Walnuts. If I had used any nuts, they would have been Pecans. I prefer the milder taste of a pecan over a walnut any day. 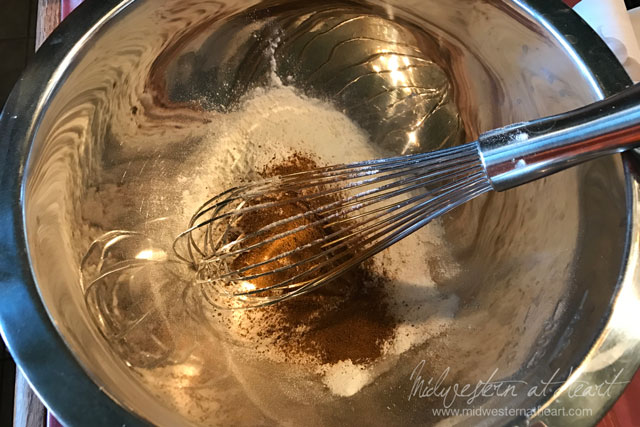 I wasn’t sure about these cupcakes when I initially started mixing up the batter. The smell of the cinnamon and nutmeg seemed to overpower the small amount of flour. Truthfully, how they know how to mix up to get exactly 12 cupcakes is amazing. Now If I could just learn to measure out exactly 12 cupcakes. I tried the ice cream scoop method and came up shy. If nothing else, I hope to learn how to make perfect cupcakes by this challenge! 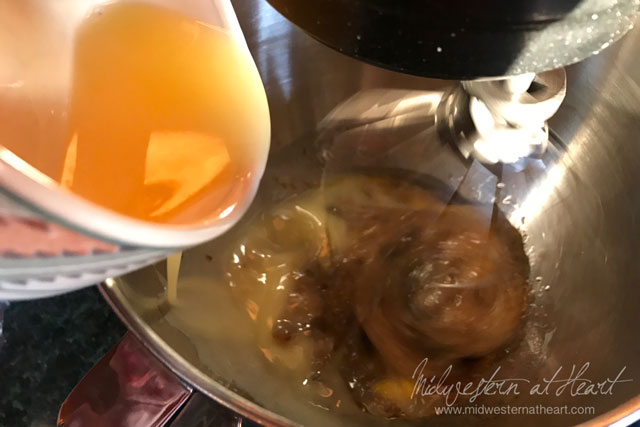 In the recipe, there was the option for walnut oil or vegetable oil. I used Canola Oil because it is interchangeable with Vegetable oil and that’s what I had on hand. I wouldn’t have used the walnut oil anyway for reasons listed above. Also, while we’re at it, instead of using my grater to grate up the carrots, I pulled out the small Ninja bowl and lightly blasted those things. It was a lot quicker in my opinion. 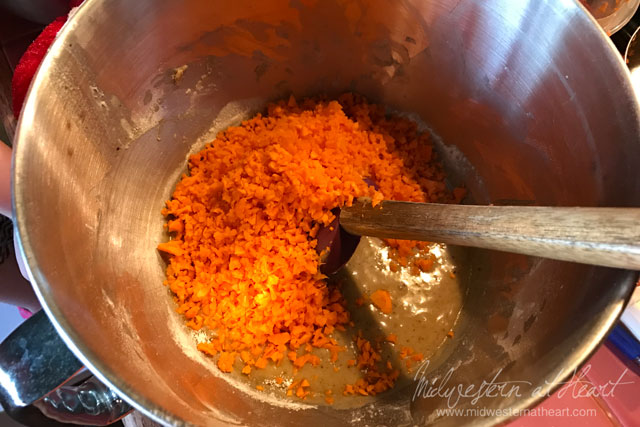 As I said, I got close to measuring out the 12 cupcakes perfectly. I just had to pull a bit from some to make them all about the same fullness. I was surprised when they baked, I was fairly close! 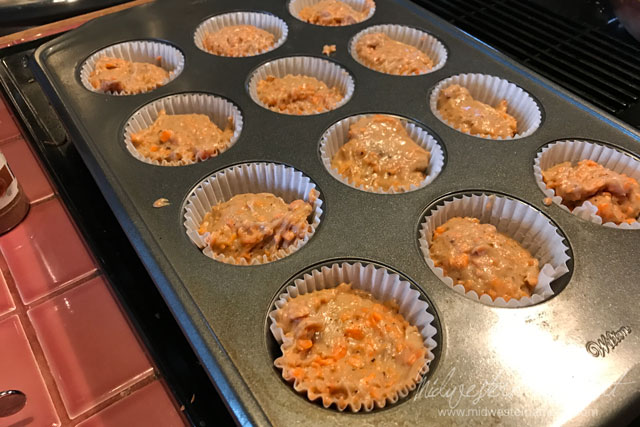 While they were baking I started slicing my carrot slices for the candied carrots. After I had 14 in case I messed up a couple, I had a little snack. See, these cupcakes can’t be that bad for you… they have carrots, a nice orange vegetable in them. 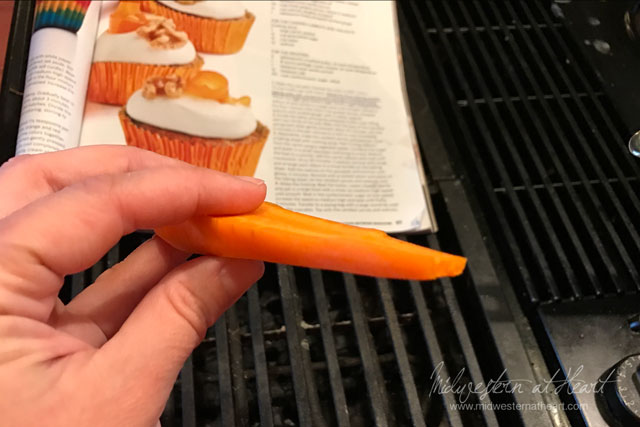 Because I wasn’t candying walnuts also I halved my water and sugar. I kept them at a 1:1 ratio like the recipe called for. I’m not so sure I shouldn’t have just used the whole amounts. By the way, I’m not a fan of these candied carrots. They were kind of flavorless and had the consistency of a fruit roll-up in my opinion. I should probably try them again just to be sure, maybe next time I’ll follow the amounts and try it… 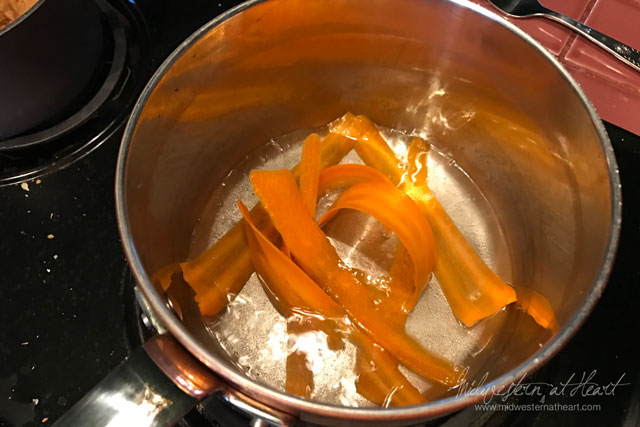 Now for my icing. Here is where I’d like to point out I HATE recipes that require me to use 6 tbsp of butter. That leaves 2 leftovers and what am I going to do with 2 tbsp of butter? #firstworldproblems. My cream cheese wasn’t full fat stuff. Nope, I had some fat free (like 2 oz) and the Greek Yogurt version. That’s what I had in the fridge, that’s what I used. 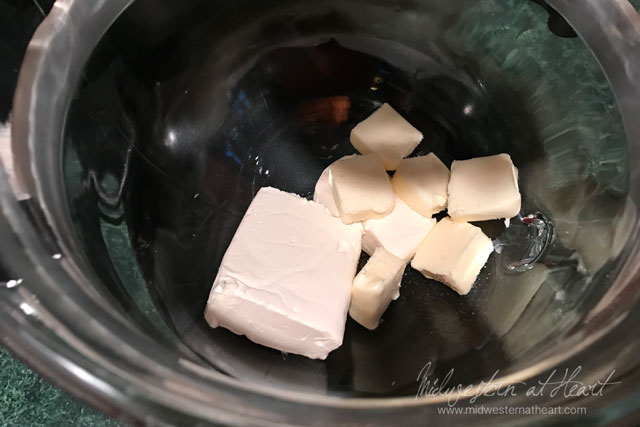 I made the icing up the night I made the cupcakes but placed in a ziplock baggie and put it in the fridge. I allowed the cupcakes to cool overnight and then pulled the icing out of the fridge about 30 minutes to an hour before I used it so it would be easier to pipe on. I also just snipped the corner off my ziplock baggie. The icing was good. Hubby likes a thinner layer of icing, but either way, the icing was yummy. 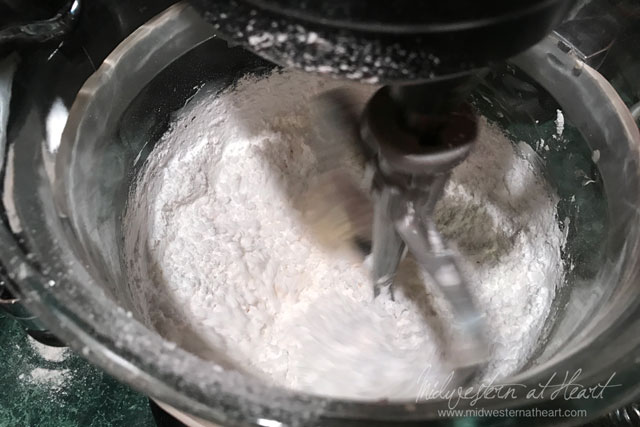 I pulled my carrots out of the simple syrup compound and once they cooled a bit, I put them in a ziplock baggie also. They couldn’t go on until the cupcakes had been iced. 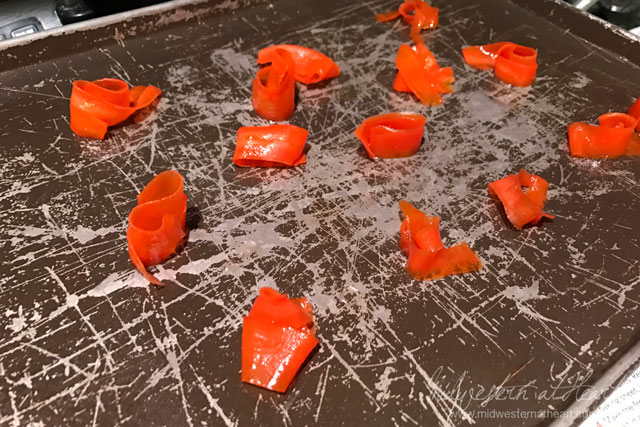 And then the finished product. I like a little less icing too but this wasn’t bad icing at all. The cupcakes, OH Wow! I couldn’t stay out of them. Sad but true. Don’t worry though, I didn’t eat all 12. Nope, I had help! 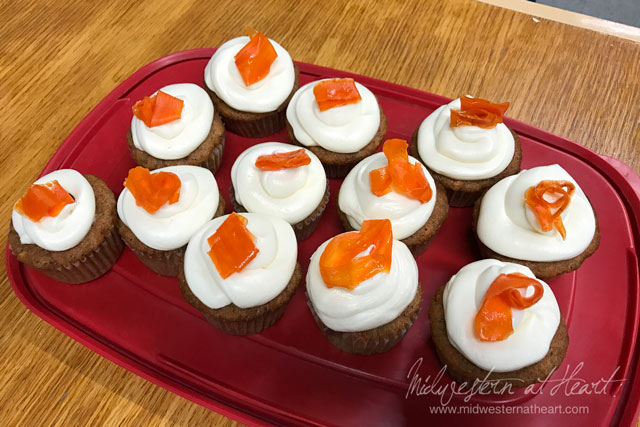 For the candied carrots and walnuts:

Make the cupcakes: Preheat the oven to 350 degrees F. Line a 12-cup muffin pan with liners. Whisk the flour, baking powder, baking soda, salt, cinnamon, and nutmeg in a medium bowl. Whisk the eggs, granulated sugar, brown sugar, melted butter, walnut oil, and vanilla in a large bowl until smooth. Whisk in the flour mixture, then fold in the grated carrots, chopped walnuts and candied ginger with a rubber spatula.
Divide the batter among the prepared muffin cups, filling each two-thirds of the way. Bake until the tops of the cupcakes spring back when gently pressed, about 20 minutes. Let cool 5 minutes in the pan; remove to a rack to cool completely.
Meanwhile, make the candied carrots and walnuts: Coat a baking sheet with cooking spray. Peel 12 long ribbons from the carrot using a vegetable peeler. Combine the sugar and water in a small saucepan and bring to a boil. Reduce the heat to a simmer, add the carrot ribbons and cook until translucent, 25 to 30 minutes. Carefully remove with tongs and arrange each ribbon in a small bundle on the baking sheet. Add the walnuts to the saucepan and simmer until glossy, 5 minutes. Remove with a slotted spoon and place on the baking sheet; let the candied carrots and walnuts cool.
Make the frosting: Beat the butter, cream cheese, vanilla, and salt in a large bowl with a mixer on medium-high speed until smooth. Beat in the confectioners¿ sugar on low speed; increase the speed to medium-high and beat until fluffy, 3 minutes. Transfer to a piping bag with a large round tip; pipe onto the cupcakes. Top with the candied carrots and walnuts.