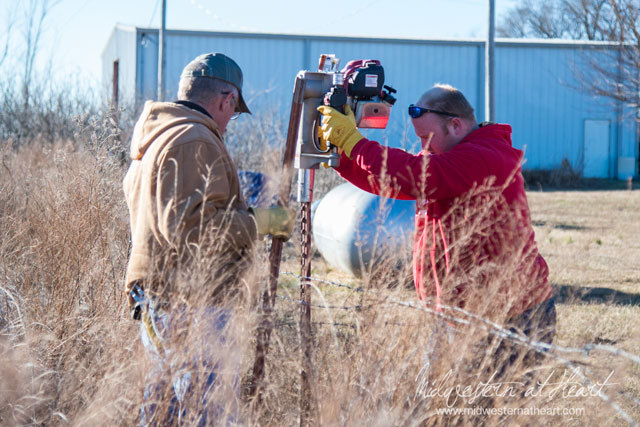 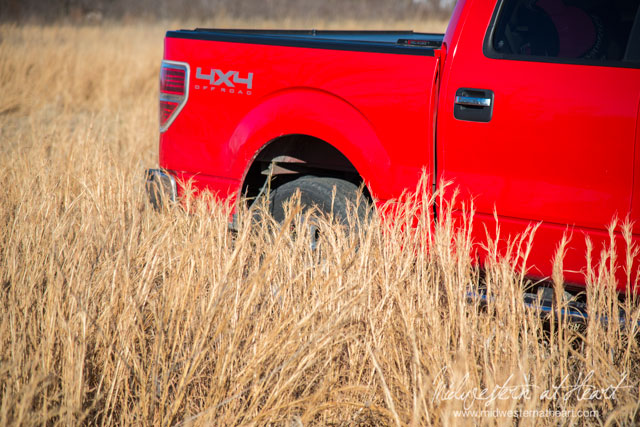 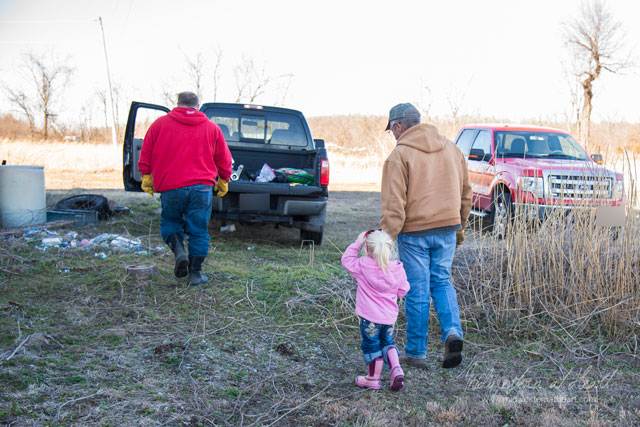 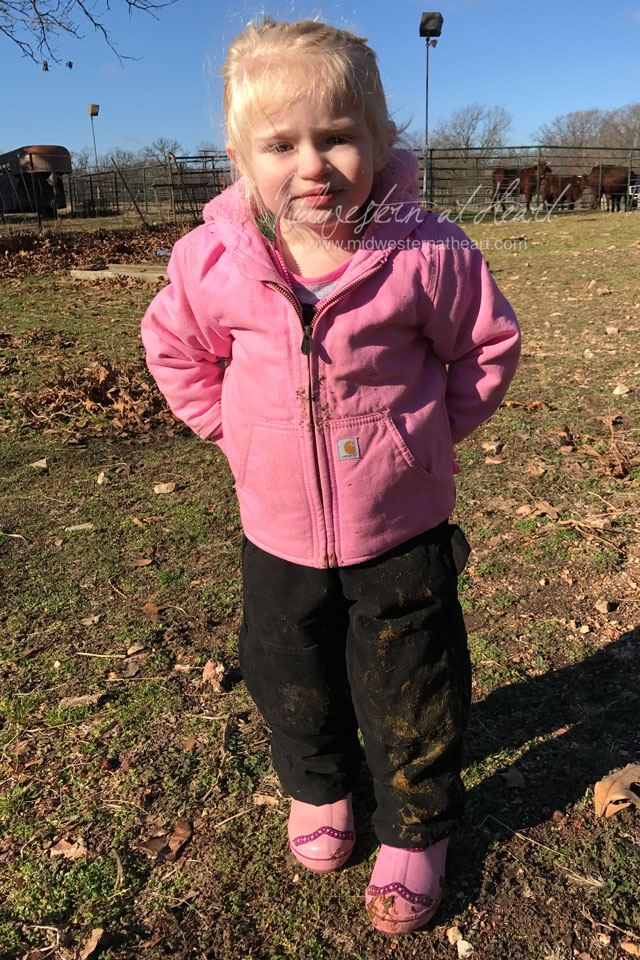 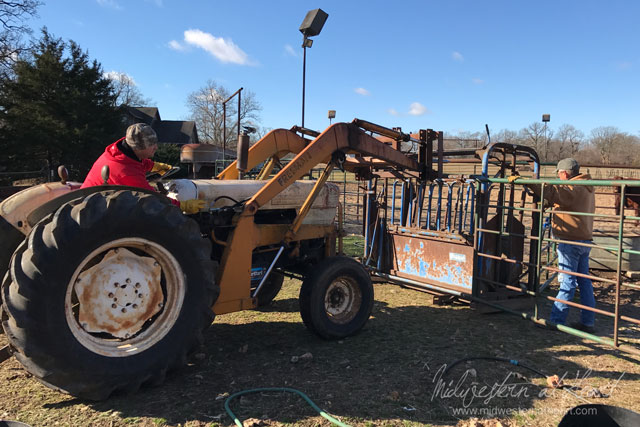 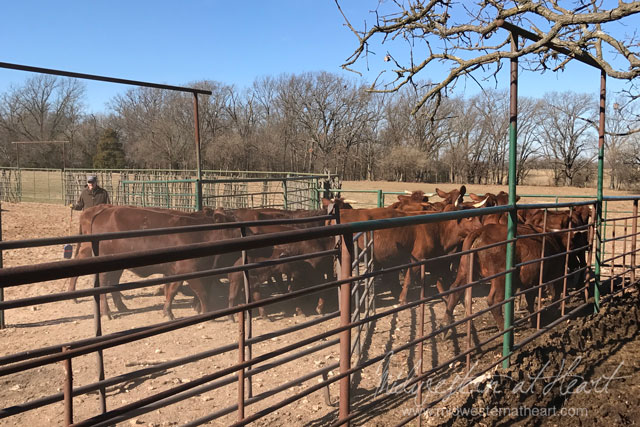 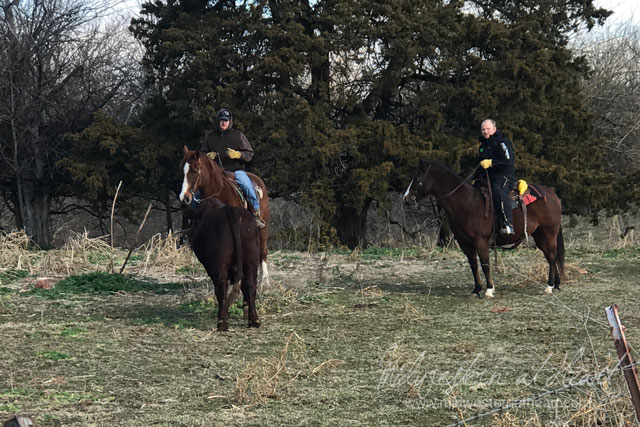 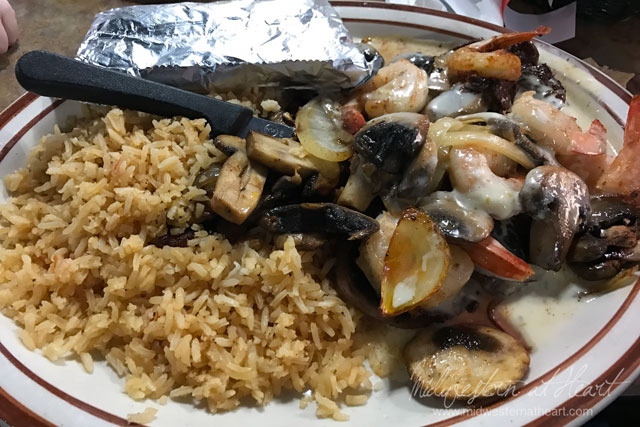 Last fall we didn’t re-mow my MIL’s property. I’m not sure why except I think we were just all tired of hay by the end of the season… but that left a bunch of hay that sprouted up during the fall.

Last weekend we moved all the haybales off my MIL’s place to ours, but decided that she had so much grass that we could move the cows for a couple months, let them eat it down instead of letting it go to waste, and allowing our ground to take a breather. It also was helpful because we had heifers to wean off their momma’s so this was the perfect time.

We went over to my MIL’s to check fences and fix a couple places that needed fixing, came home and worked cows (you know, dewormed them and ear tagged them), and then proceeded to load them into the trailer and head to my MIL’s to allow them free range grass!

Okay so that wasn’t nearly as easy as it sounds. The fence building wasn’t difficult, it was just time consuming.

Working cows actually went better than we planned although poor Abug came into the pen the cows had just been in… if you know anything about cows, they poop like crazy…. EVERYWHERE. So poor Abug walked in, tripped and went face down into a pile of poop. Luckily it wasn’t face first really, it was waist down… but still… close enough she wasn’t impressed. Poor baby!

The next day we actually loaded the cows up and hauled them over. We just ran out of time on Saturday. So that Sunday we called cows up and all came up except the dumb bull. grrrr….. so we all took off on foot and walked who knows how many acres looking for the bull… nowhere to be found. Of course. We got back to the house and the boys decided to saddle up horses while I jumped in the truck with Abug and we headed down to my grandma’s to see if he jumped the fence in with her cattle.

When I pulled in, I immediately found him… he was on the other side of the fence from her cows which is weird because we all walked that way. <sigh> Anyway I called hubby and told them to hurry up. What seemed like 30 minutes later, probably not that long, dad, hubby, and Jared came riding through the timber and there was the bull.

Eventually they got him back to the house (it was quite the ordeal… which involved the bull following Jared on our horse KG and hubby and Jared rip tearing across the pasture to get to a gate they left open). About the time we got him back up to the barns, Grady and Deb showed up, perfect timing. It took maybe an hour or so to get all the cows and the bull loaded up and we hauled them off to my MIL’s.

Let’s just say it was an interesting few days. Now I’m wondering how it will be when we bring them back to the house because Memaw doesn’t quite have the round pens we have here…. I guess we’ll see. I’ll keep you posted.