Hey, with any good road trip there is road food. I named this part 2 because I’ve already had a post this month called Road Food… when we went to Houston for the 1st Playoffs game.

But this road food goes with our trip to Oklahoma City. Jared got off work just before we headed out Saturday morning for OKC and he said he was hungry. We debated stopping in Tulsa for lunch but it was 10:30am and we were making great time so he decided that he could wait until we got to OKC. We debated a few restaurants and eventually wound up with Toby Keith’s I Love This Bar and Grill. The last time hubby and I ate there was in March 2011 (wow!) but we remembered the food being really good so that’s what we decided on. 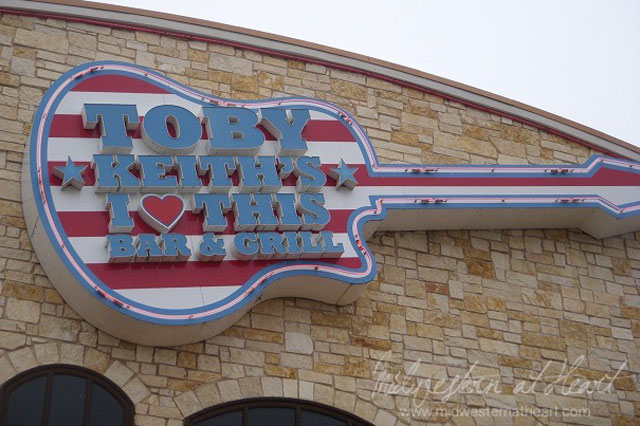 If you’ve never been there, the decor is pretty friggin awesome. There is a disco “ball” saddle. A motorcycle that looks like it is driving down a road (that is painted on the wall) and a painting of Toby Keith along with a bus driving through the wall (just the front) and tailgates made into seats, and and and and. 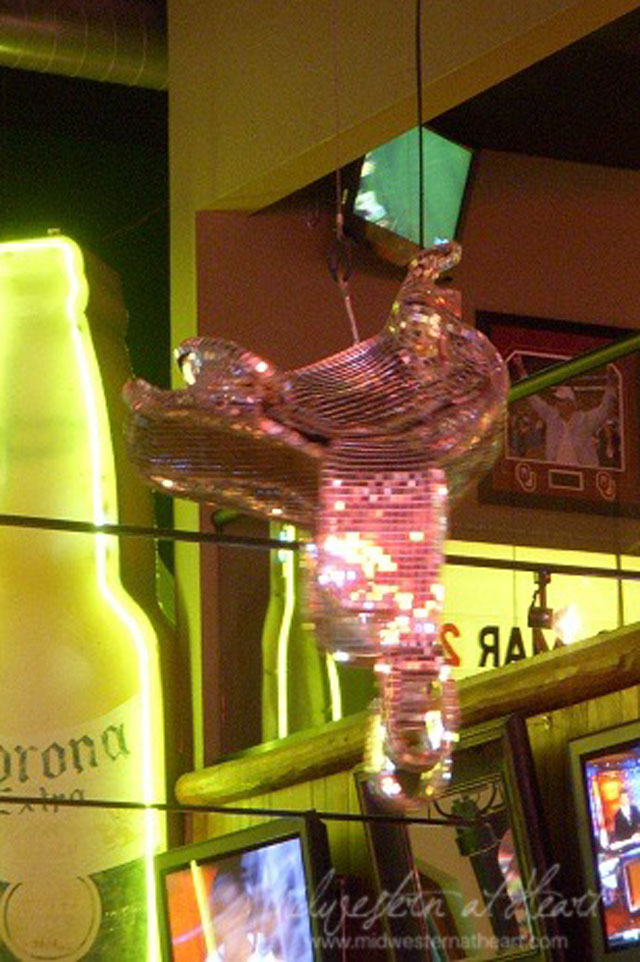 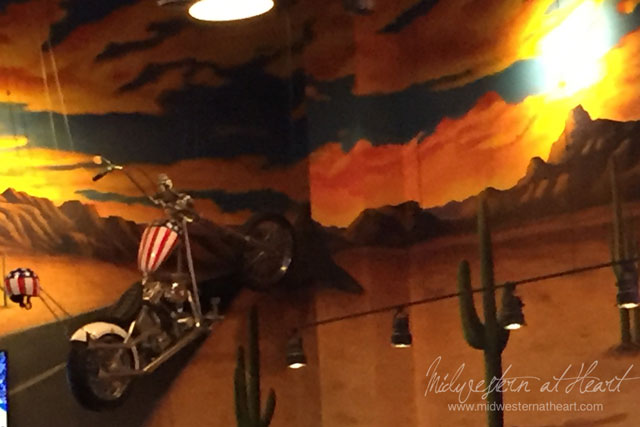 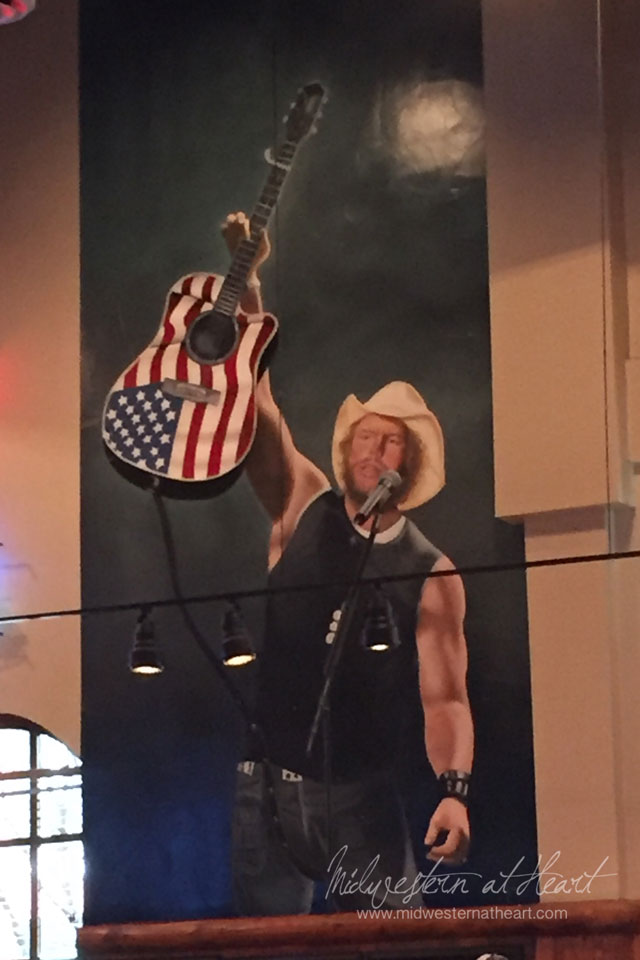 If you don’t know much about Toby Keith, he is a huge supporter of our American troops. So I love that this is an option on the menu. 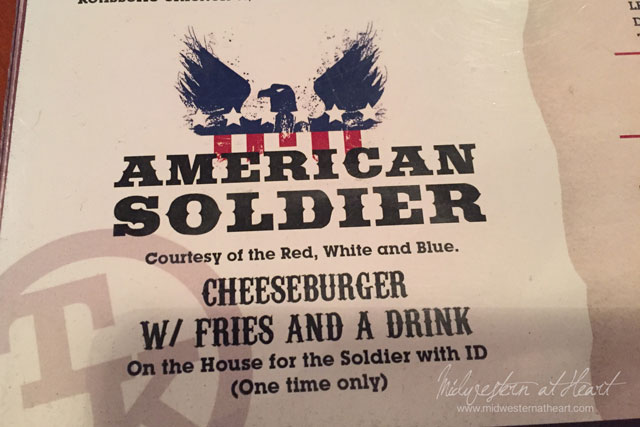 Tbug didn’t get to go, she’s been in cheer competitions all this month so she’d have been super jealous because they had calf fries on the menu and the girl loves calf fries. (If you don’t know what calf fries are, they are (pardon my language) calf nuts. You actually castrate calves to make them steers and those are the nuts that are battered, fried, and eaten. I personally think they kind of taste like chicken livers or gizzards but that’s just my opinion.) All the guys ordered this with different versions of sides. This is hubby’s particular plate. Those Fried Okra were AMAZING! 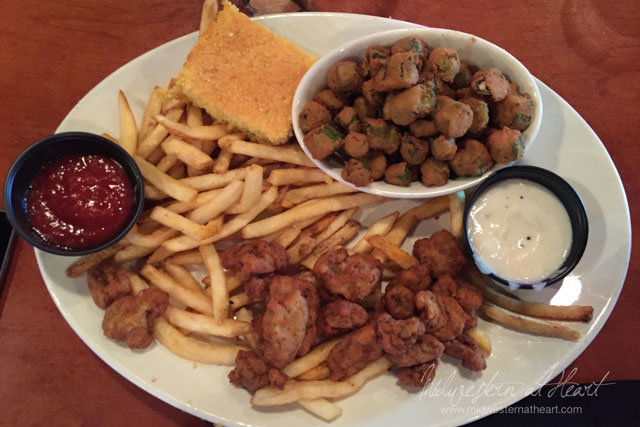 Then there’s this… a smothered chicken breast. It had ham and bacon and bbq sauce and cheese. Need I say more? Then a loaded baked potato and southwest corn. 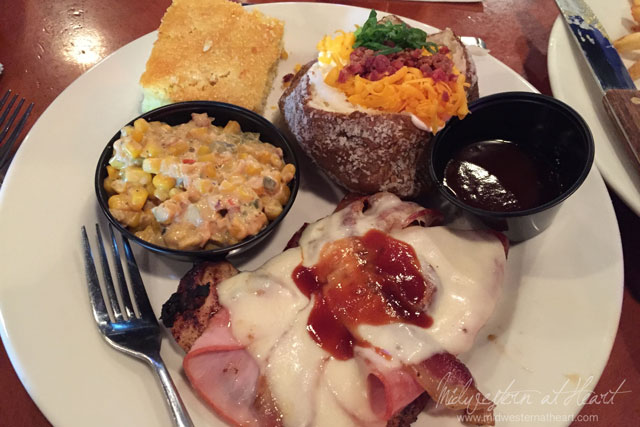 Abug got the Mac and Cheese and fries. Their mac and cheese was good and definitely not like the kraft stuff that some restaurants make/serve. It was good. The only picture I didn’t get of different food was Karens burger. I wasn’t thinking. 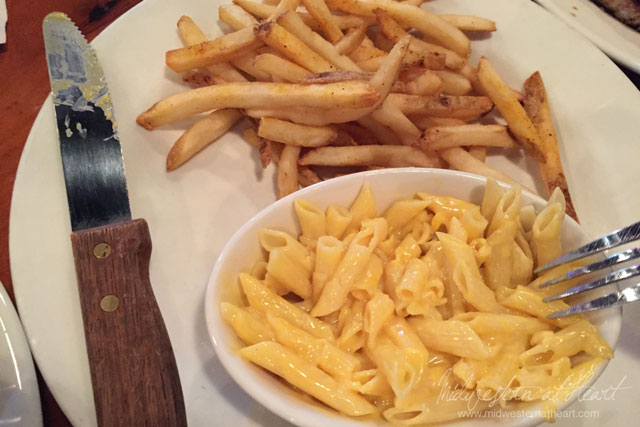 Of course then we went to the museum. After that the second of the Chiefs playoff games started so we decided to try and find a restaurant that we could watch the game on tvs. There was a Buffalo Wild Wings that was close to the fairgrounds for the evenings events so we headed there.

In the same parking lot was an Academy so a few of us ran over there to wander around for a bit. Meanwhile hubby and Grady went to get seats at the BWW. He went into the bar area not realizing it and they carded him for a Pepsi. He was like are you serious? She was like this is the bar area, to be in here you have to be 21. Then he realized there was a restaurant part out of the doors. Well when I went to go in, I didn’t realize I entered through the bar and I got yelled at, all I was doing was walking through looking for hubby, but I had Abug in my arms. That’s why I got yelled at. whew. Eventually I found them in the restaurant. None of the servers in there yelled at us!

So we started by getting a sampler platter. It had Mozzarella sticks, Wings, Onion Rings and Nachos. Then they ordered some fried pickles. SW found some Cheesecake bites on the menu she wanted to try so we ordered a couple orders of them too. By the end of that little stop we were all stuffed. 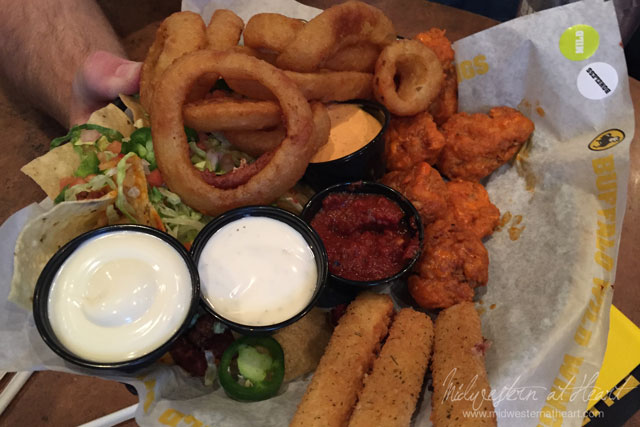 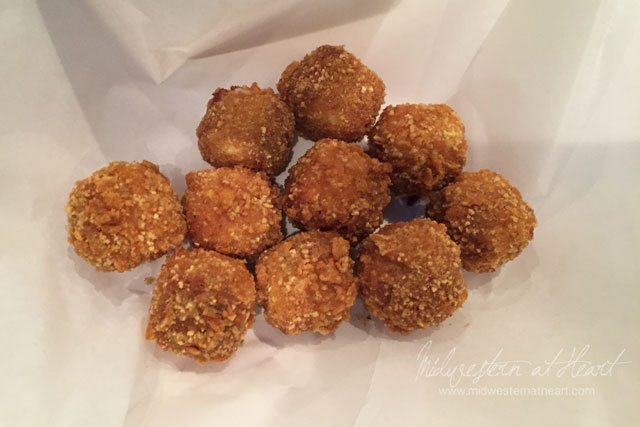 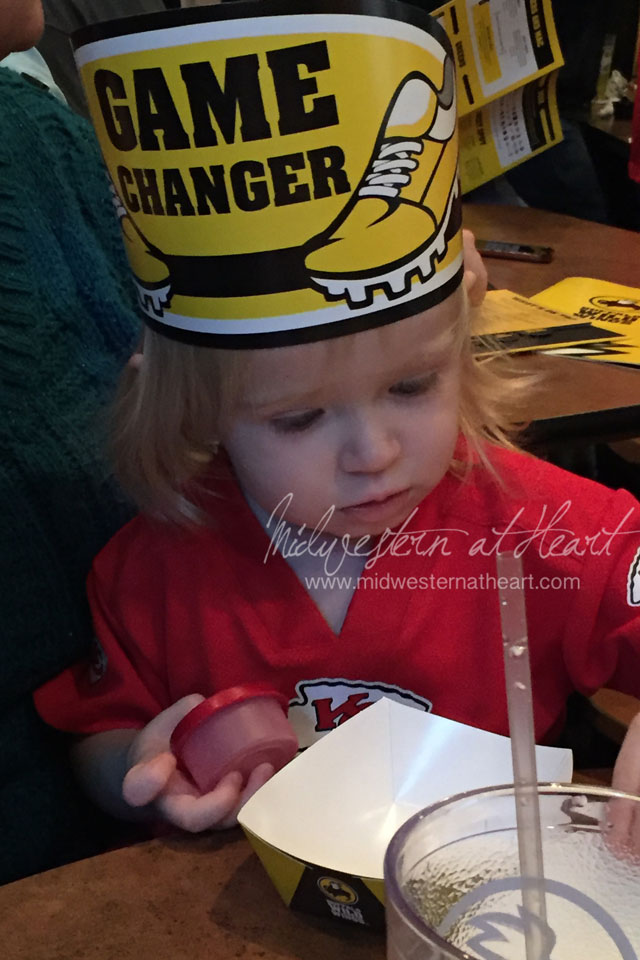 And that was our road food.