So this year we weren’t able to make it down to Southern Oklahoma where my aunt and uncle lives to celebrate Thanksgiving with them. I think we were all sad, but sometimes life gets in the way for everyone and you have to do with what you can. So hubby and I decided to do dinner at our house Thursday night with my parents and his parents, that way we could go to his dad’s that day to see his family.

A couple years ago you may remember that we did the Bacon Wrapped Turkey… YUM!

We discussed how to cook the turkey this year. One thing that was proposed by hubby was just to buy a Turkey Breast and do that, but then my mom said that they had a turkey already and suggested smoking it.

Not going to lie, I kind of had my heart set on the Bacon Wrapped Turkey again, so I asked/suggested doing a Bacon Wrapped Smoked Turkey. Hubby said we could probably handle that. Now a few years ago we did a dry brine on the turkey but this year he decided to do a wet brine.

Our brine consisted of:
Dissolving 1 cup Kosher Salt in 3 cups of water.
Then we used a quart bottle of Cabela’s Marinade (that is no longer made but hubby bought a whole bunch of….), about 15-20 cloves of Garlic, 1 serving Mandarin Oranges and juices, 1 serving peaches and juices, about 2 tbsp Rosemary, about 2 tbsp Black Pepper Corns and 1 cup of Sugar. 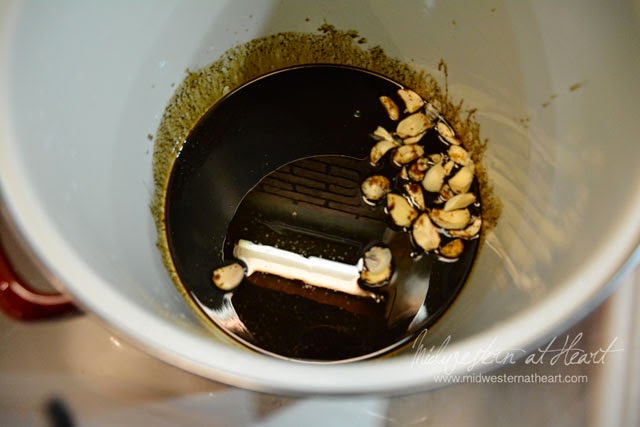 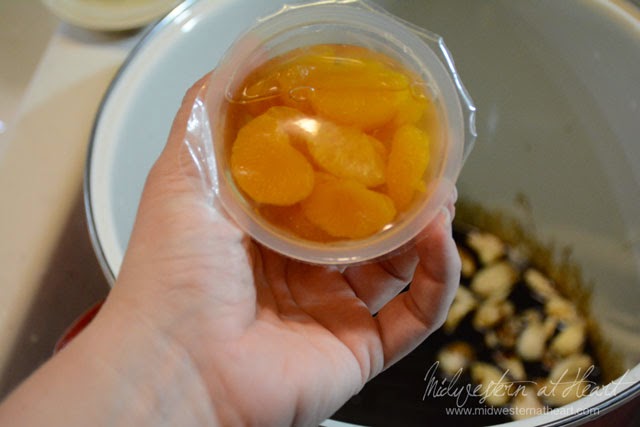 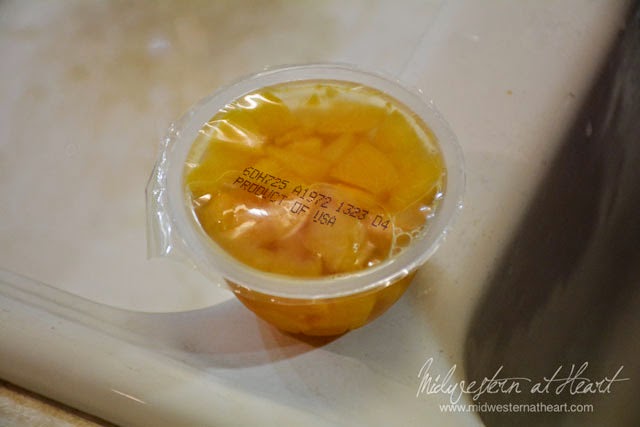 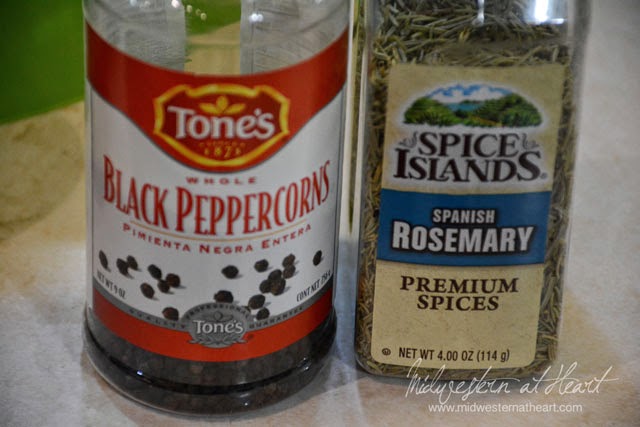 Place it all in a large stock pot and add about 1 quart of water at this point and stir. Then place the turkey in the pot. Fill the rest of the way up with water (this avoids overflow!) and cover with cling wrap and place in the fridge over night for up to about 24 hours. 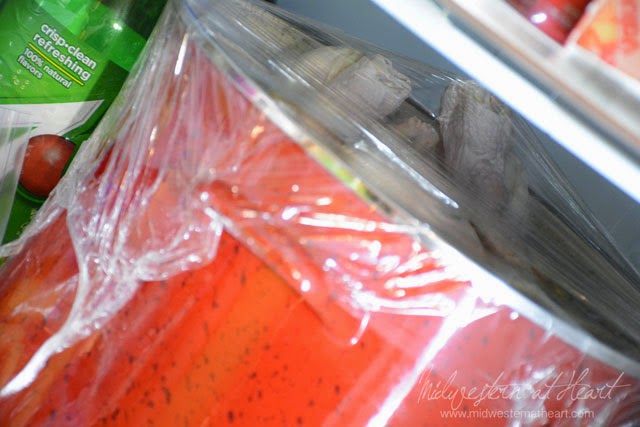 And we only had a few cloves of Garlic commit suicide. The Kitchenaid mixer tried too but that’s another story for another day! 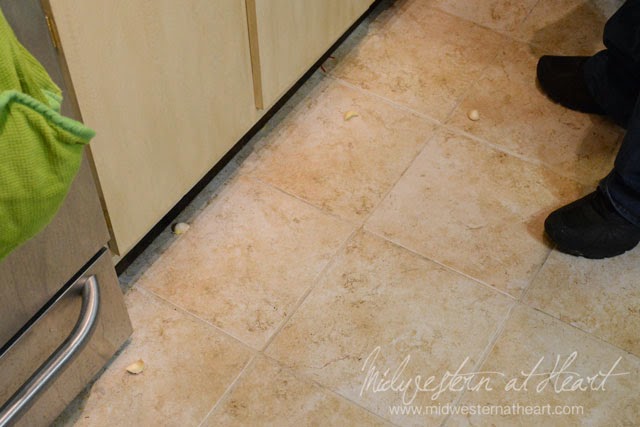 The next morning we got the butter ready that we were going to slather the turkey in. You want a half pound of butter (2 sticks or 1 cup) with herbs added to it. I used the food processor to add the herbs. We used Oregano, Marjoram, Rosemary, Thyme, Parsley and Sage. 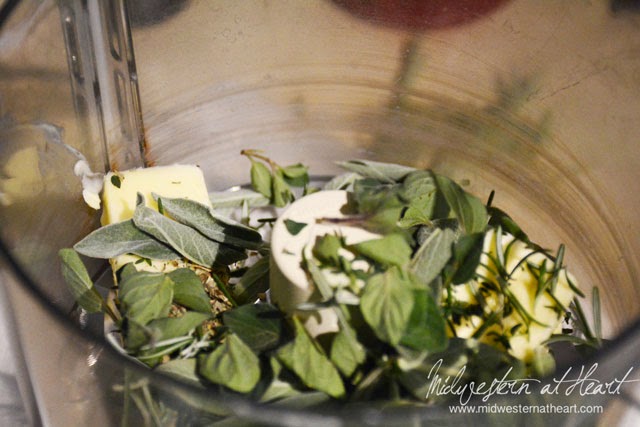 Thanksgiving didn’t get off to any better of a move… we had butter commit suicide. Oy! Such a sad day! 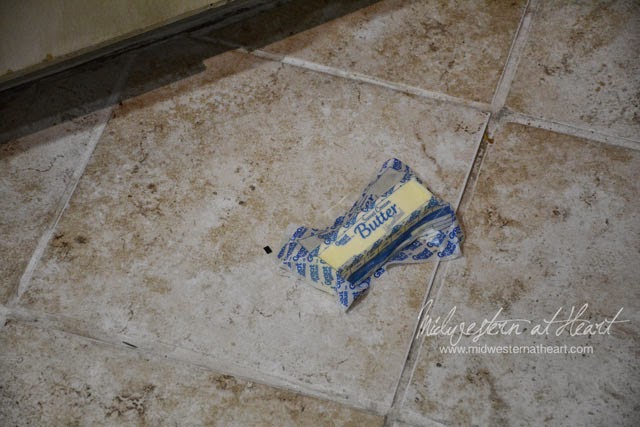 We cut up a pineapple to put up inside the bird to add even more flavor. All evening hubby kept asking Who wants Pineapple, it’s only been up a birds butt! lol. 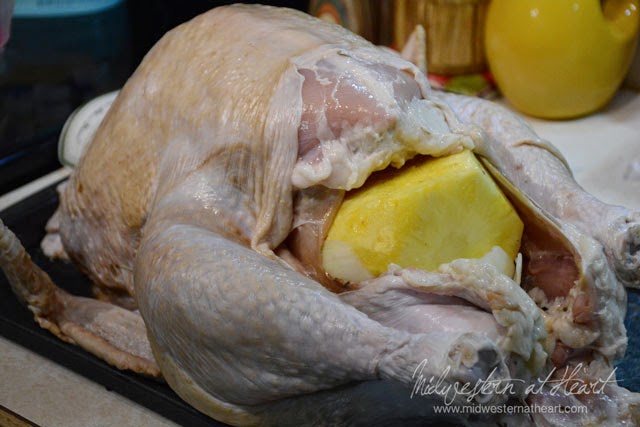 Thanksgiving is the only day of the year where slathering in butter is A-OK :). haha! 🙂 The seasoning on the bird is some mixture that hubby made up and he told me he couldn’t even begin to tell me what was in it… lol. Guess we can’t replicate that huh? 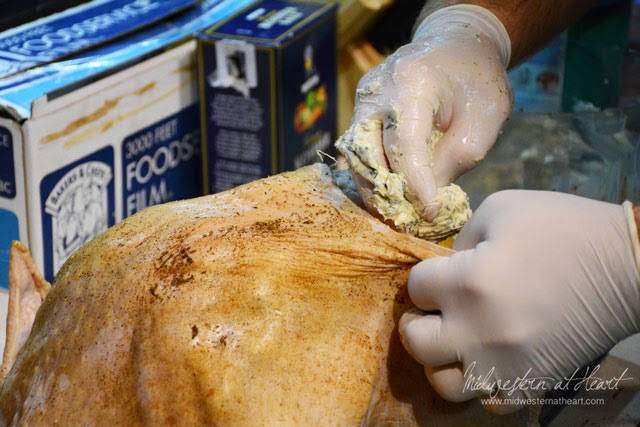 So we had plans of adding the bacon to the turkey and we kind of forgot… woops! So the last hour or so while the turkey smoked hubby added bacon but it really didn’t add or delete from the flavor I don’t think and the bacon didn’t really cook.

Now had we roasted the bird in the oven, we would have placed vegetables and fruits all up and around the turkey, but we were smoking it instead so we went ahead and cut the Onions, Celery and apples up to place in the smoker with the bird to help with the flavor, plus those veggies are really good after they’ve roasted with the bird so we were attempting that part. Sadly, they weren’t very good… oh well, lesson learned. 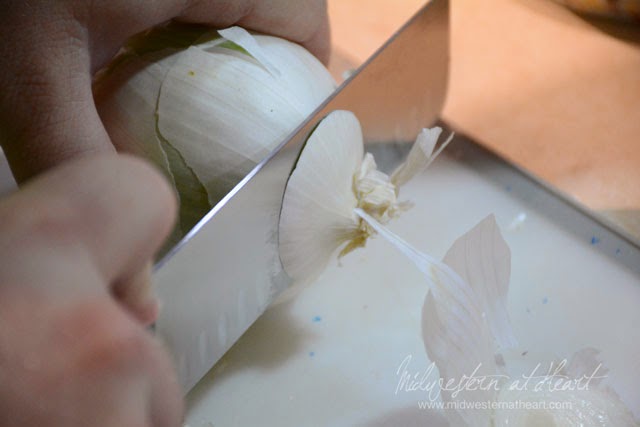 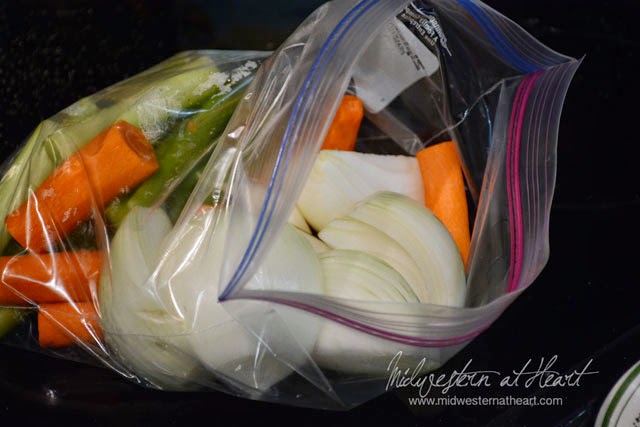 So then…… we used Jack Daniels wood chips in the smoker. Hubby now has an electric smoker which is more consistent than his propane smoker used to be. The wood chips you soak in water to help with the smoking process so we placed them in a ziplock baggie with water so they could soak. Boy they smelled good coming out of the wood chip bag! 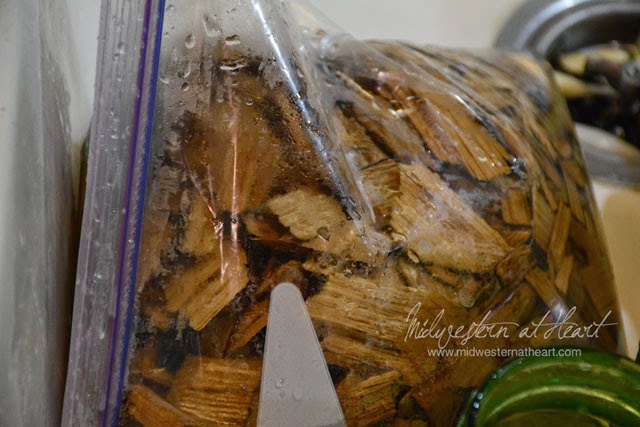 Finally in prep work for the smoker, hubby wanted fruit juice of some sort to add so that it would add that flavor into the smoker. We forgot to buy some but had frozen orange juice concentrate in the freezer so he defrosted it a bit in hot water and we added that juice to the smoker for additional flavor. 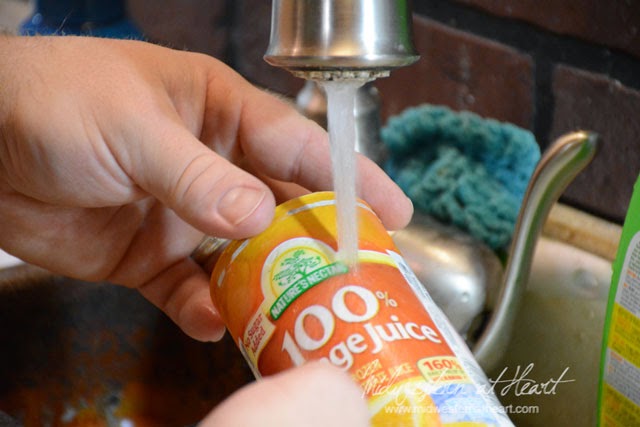 And here was the Turkey! All I can say is it was a pretty good combination. It was extremely juicy which a lot of times turkey isn’t. It smoked all day and it was great. Now here’s a funny word on me… the night before I was so tired (I even left the hot glue gun plugged in and glued it to the table) I got my words jumbled around and asked if the “cookie needed to turk all day” instead of the turkey needed to cook all day. 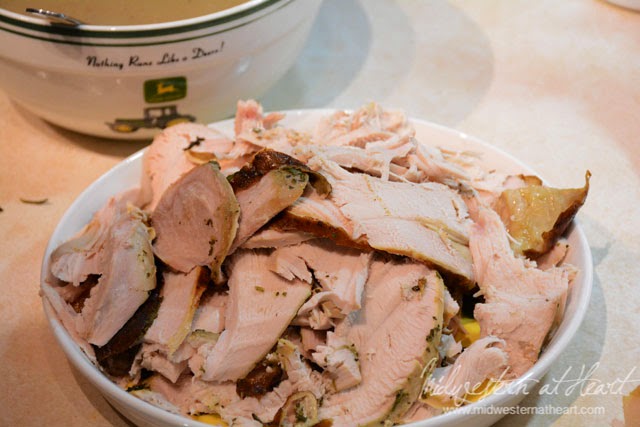 My one complaint was there were NO drippings to make good gravy. My gravy sucked this year… oh well. 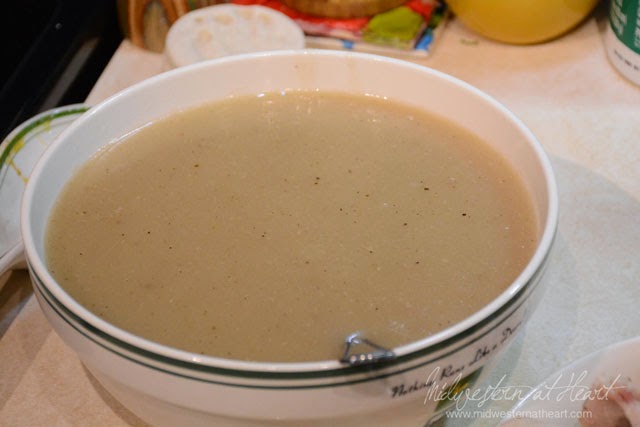 And that my friends was our turkey. So much detail so in years to come when I’m asked what we did, I can answer that question 🙂

I Baked an Angel Food Cake (The Kitchen)
Wake Up and Smell the Coffee!
A Wedding Cake
How to Flatten a Whole Chicken