Anyway back to regularly scheduled broadcasting!  On Sunday of this last weekend, hubby and I were invited to attend a Kansas City Chief’s football game at Arrowhead Stadium with some friends.  The day before we saw Wicked and had plans to stay the night in Kansas City anyway, my parents took us over by Arrowhead stadium where we met up with the scuba gang.  Gates opened at 10am so we stood around and chatted a bit before they allowed entry into the stadium parking area for tailgating.  D the Man heard that they were going to open gates a half hour early so we all piled in the vehicles and were sitting, waiting for gates to open right at 9:30.

Then it was a race to our parking spots to get all set up.  Once we were set up, D the Man took hubby and me around showing us the different areas of the stadium.  I had been to a Chiefs game one time back in 2004 but this was a new stadium so D the Man told me (I can’t remember) and hubby had never had the chance to go before.

We saw all the hot tailgating areas and saw a lot of interesting vehicles decked out for tailgating.  The hearse even had a casket in it with a bar-b-q grill.  How friggin awesome!  Totally impressed.  Soooooo should have gotten a photo, but didn’t sadly. 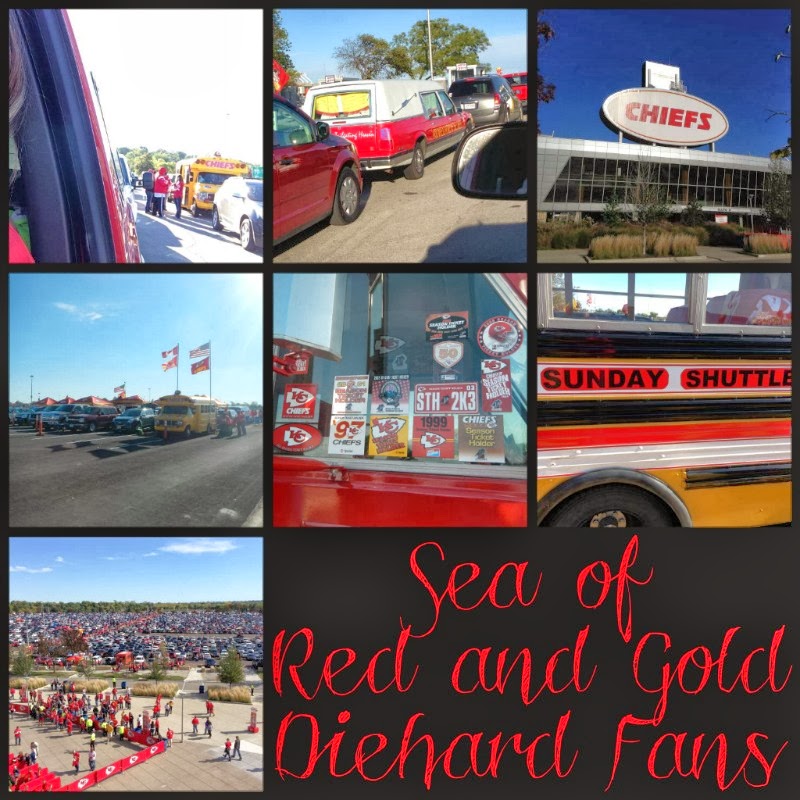 This is War Pony.  The gal and War Pony ride out onto the field when the game first starts and then any touch down the Chief’s make, War Pony gallops across the stadium field. 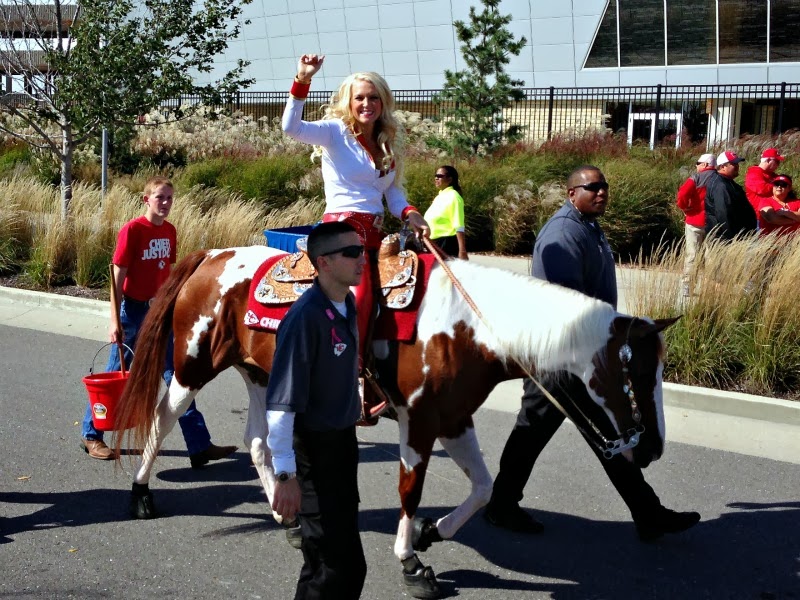 While we were walking around some of the different radio and TV stations in KC were set up with fun little games.  We got to do bean bag football where hubby won a coozie.  Then we got to play plinko where hubby and I both won coozies. 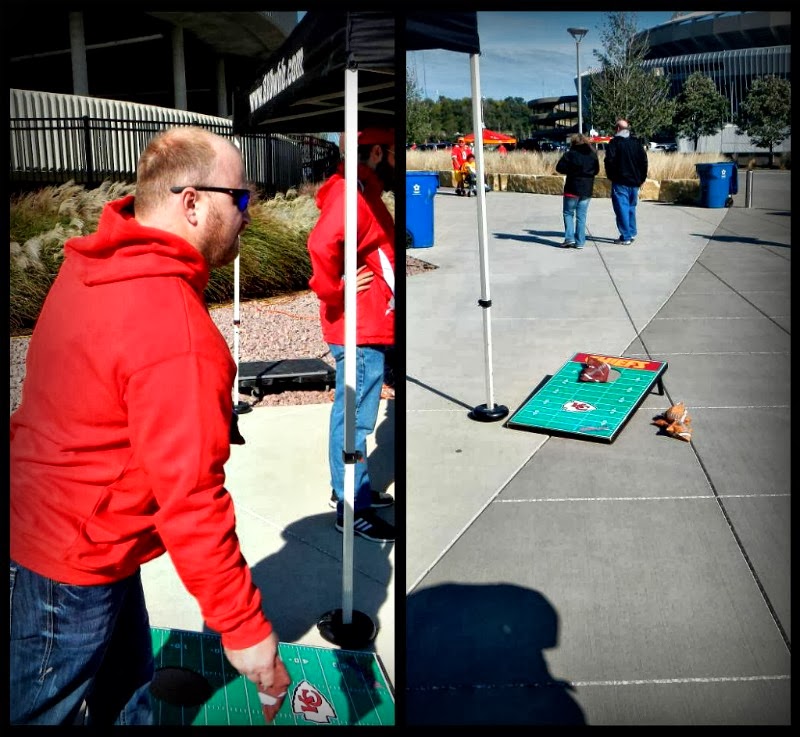 There was a boot set up where we could choose between 4 backgrounds and have our photos taken.  D the Man wanted his photo here because he’s actually standing in that background photo holding one of the flags.  He’s a Read Coater.  I’ve been told the KC Chiefs are the only ones who have a group like this.

You might be asking what a Red Coater is, well get ready to be wowed. The Kansas City Chief Red Coaters is a community-service based organization that for 50 years has served the city, surrounding communities, the region and of course the KC Chiefs.  They also get to be on the field to express their support on game day by holding flags as the Chief players enter the field at Arrowhead Stadium. 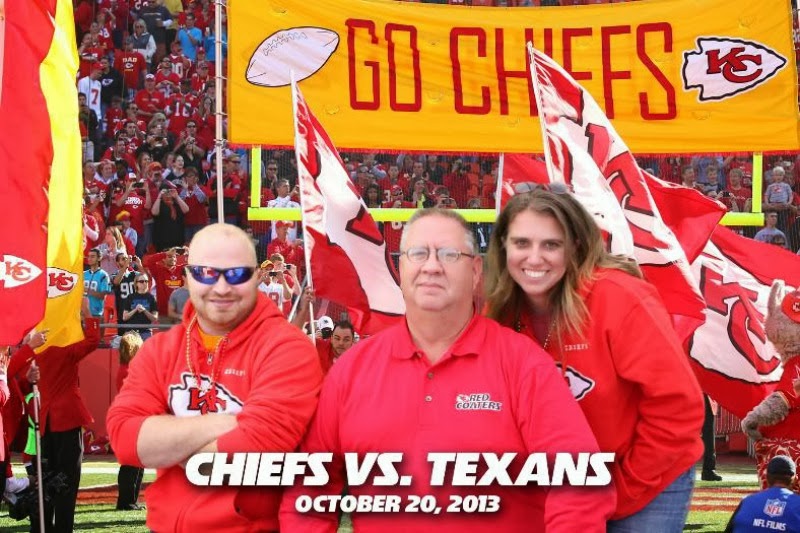 Hubby and I also chose to have a photo with KC Wolf.  Don’t worry, it’s super imposed as well, sadly! 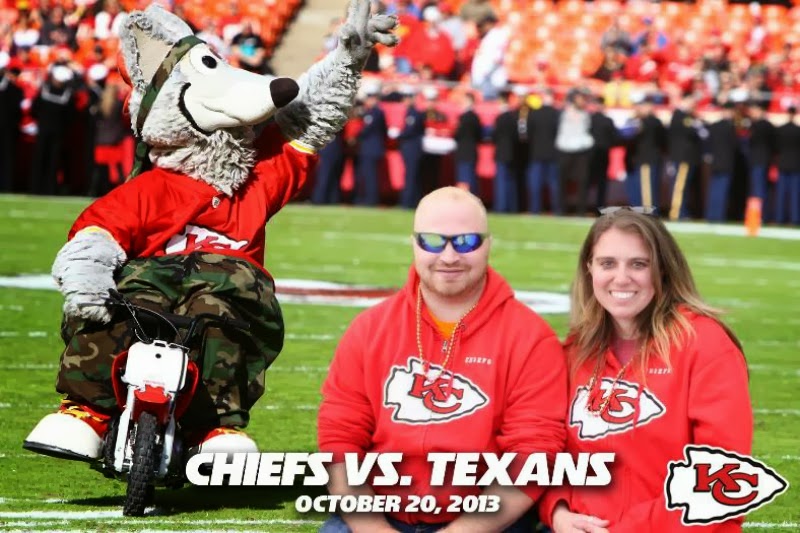 We chose to make Chicken Salad for our tailgating meal.  YUM!  oh and we had grapes too.  Have I ever told you, the baby grapes are my favorite! 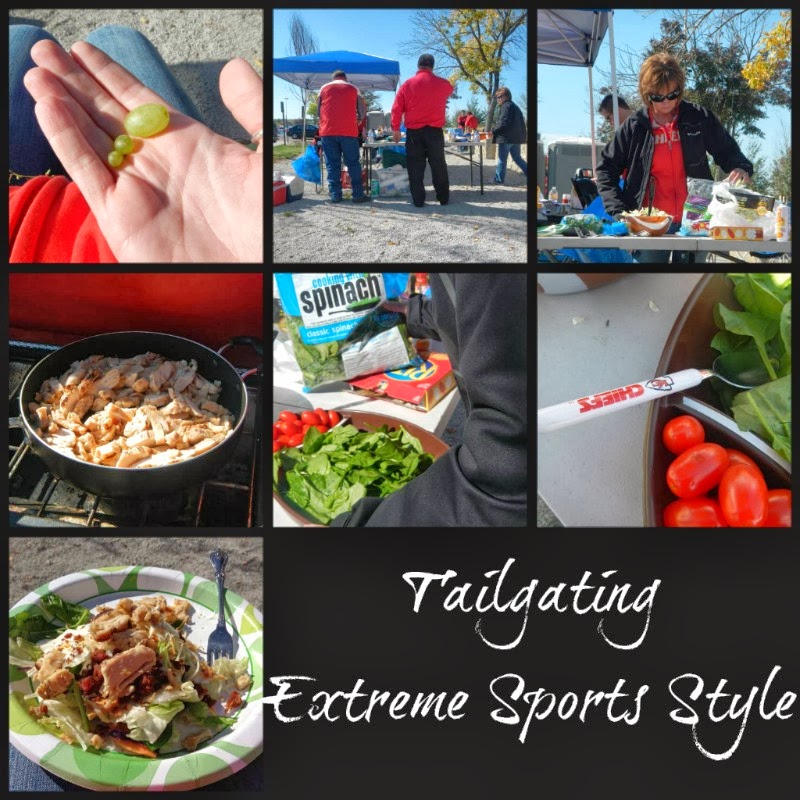 Once we were finished eating, we cleaned everything up, loaded it all back in the vehicles and of course got a shot of hubby and me with Arrowhead stadium in the background and then it was time to head in for the game.  So one really funny thing, as we were heading into the stadium, one of the workers admitted to us that she didn’t know that the Chiefs were NFL, she thought they were a college team.  Not making fun, just remembering!

October is National Breast Cancer Awareness month and if you around football, you’ll actually see players sporting pink shoes in honor.  The Chiefs have a hall of fame area set up and I noticed this display case right in the middle of it.  Super cool! 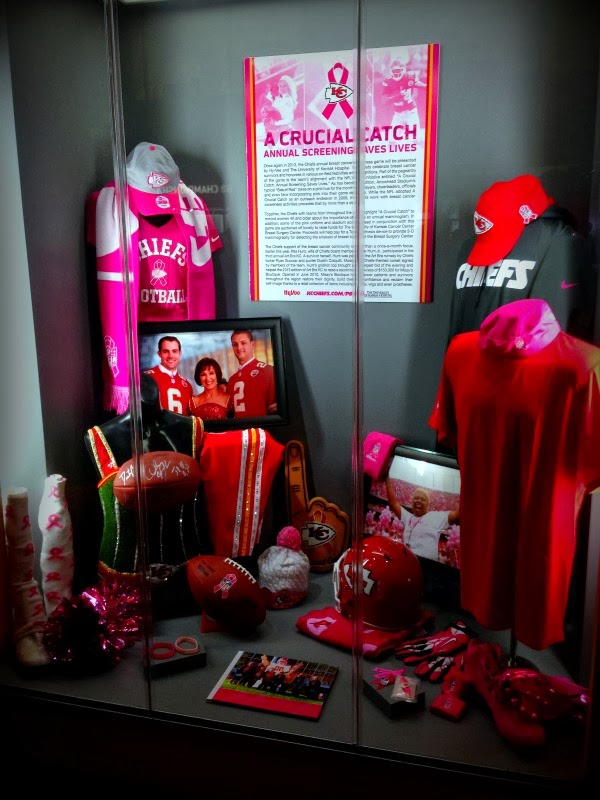 As they were getting ready to start introducing the starting line-up, the Red Coaters headed down to the field.  They hold flags that the football players run past as they are being announced. 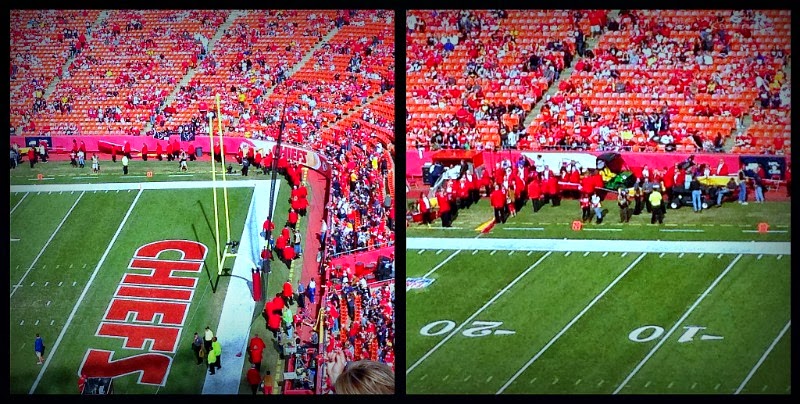 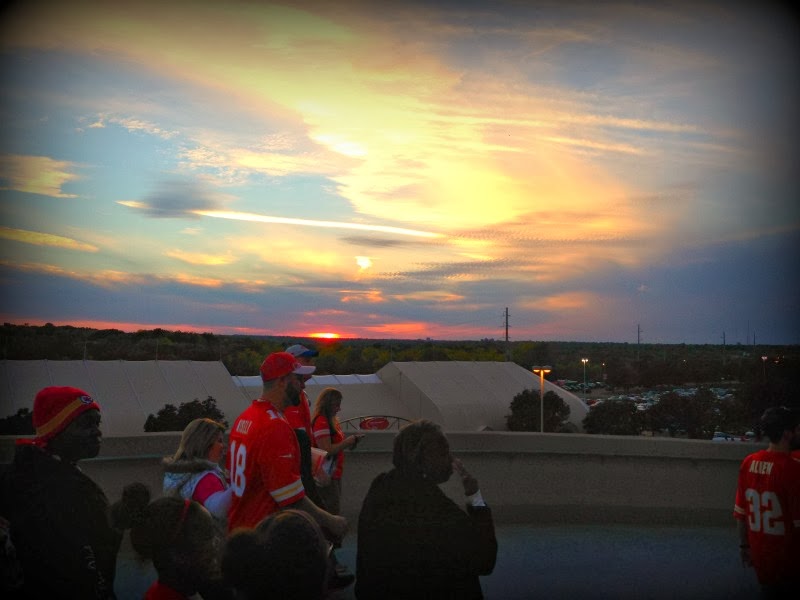 And just for your viewing pleasure, I took video too :).  It’s less than 5 minutes 🙂
[youtube https://www.youtube.com/watch?v=291yCUbuhaw]

7 thoughts on “The Red Coaters Are Coming!”