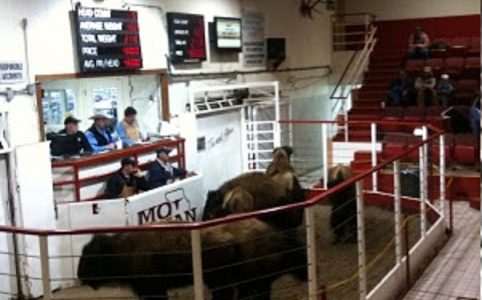 Saturday morning we woke up and headed to the MoKan salebarn. They had the 3rd annual (4th one… think about it, the 1st is just the first, the second is the first annual….) Buffalo Show & Sale. Yes we are the proud owners of a few head of Buffalo. They are cool however Buffalo are still considered wild animals, haven’t been domesticated. You have to watch them b/c if they want, they’ll clean your clock! A cow if you throw your arms at them will usually stop and run the other direction… oh heck not a buffalo. The first year Dad & I went we bought 3 males (they have all since gotten sick and died and we aren’t sure what from…). Well we had a cow out one day and I went running through the field to get around her as she was running up the driveway and I had one of the male buffalo hot on my heels. I hoped the metal fence and he plowed right into it. One thing about them, you keep your eyes on them and you make sure not to do any sudden movements. They don’t like that! Anyway the second year we went, we bought 3 females. No we didn’t do it with intentions of breeding them, it is just how it happened both times. This year we bought 2 more females (remember all males have died now, but you can breed a beef animal to a buffalo, that’s how they get the breed, Beefalo’s.) 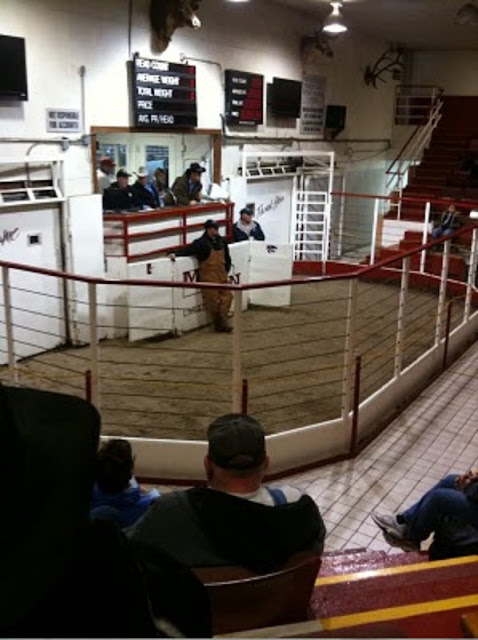 Anyway this was the beginning of the sale. They were actually doing an auction to raise money for the Missouri Bison Association. (MBA) 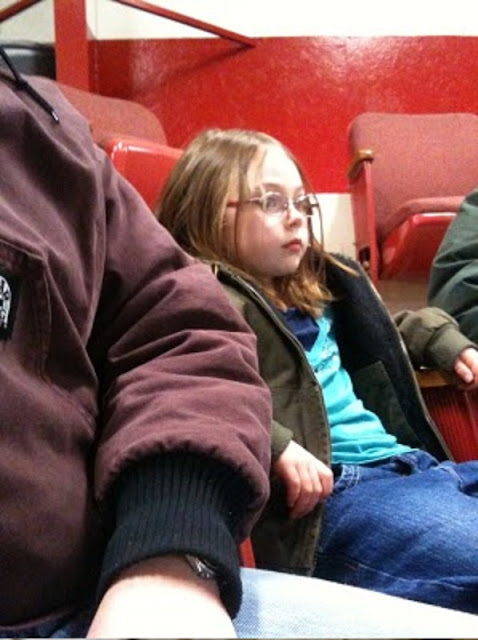 Tbug got to attend her first Buffalo Sale 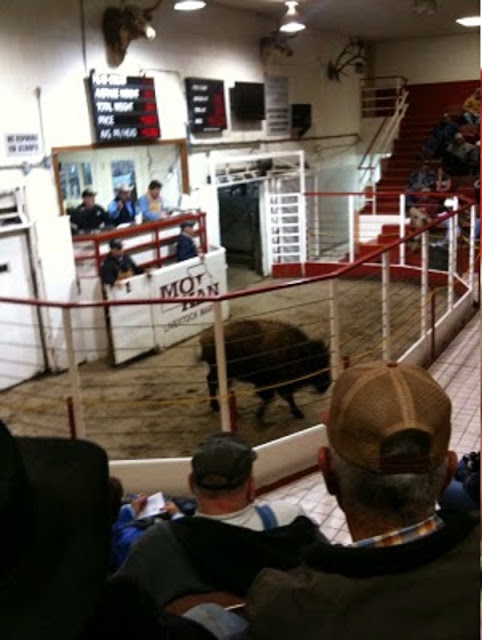 This was when they were selling the females. For a while they sold them 1 at a time. 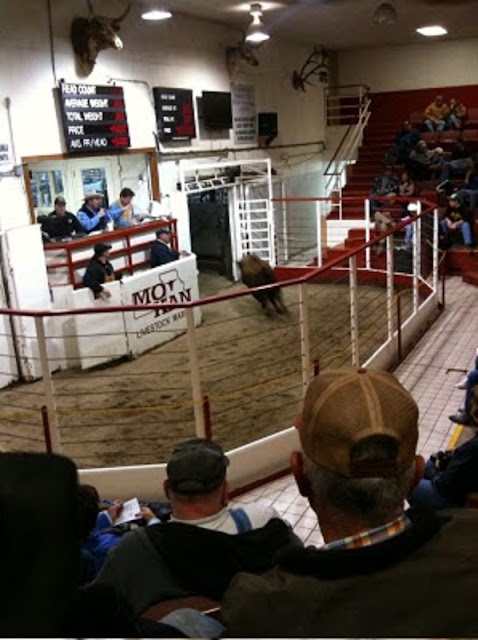 The minute they open that gate, they all charge out of the sale arena. 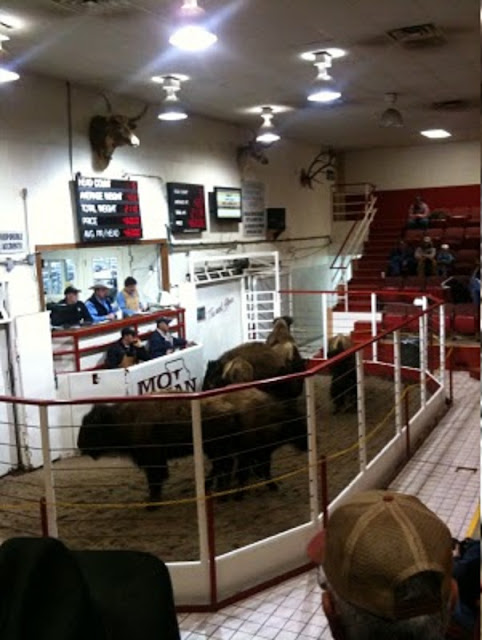 Toward the middle they started selling them in groups. Still broke out the 1st, 2nd, & 3rd place winners but all others from a particular seller went at the same time. 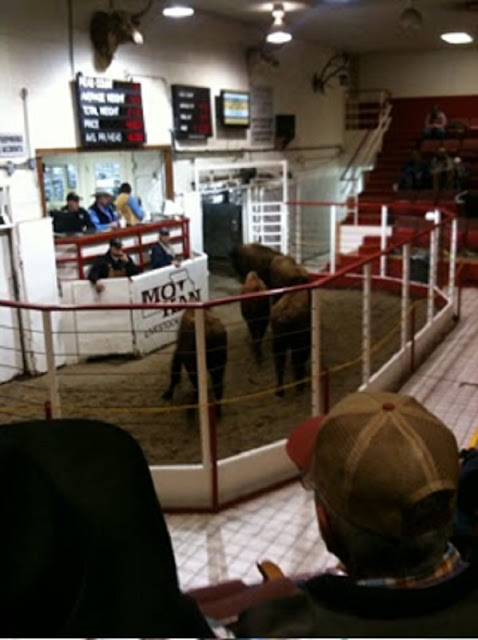 Again like the individual, once that gate door was open they charged out. Some even came in all bloody b/c they don’t quite get the confinements. Most are hauled in from large buffalo operations. 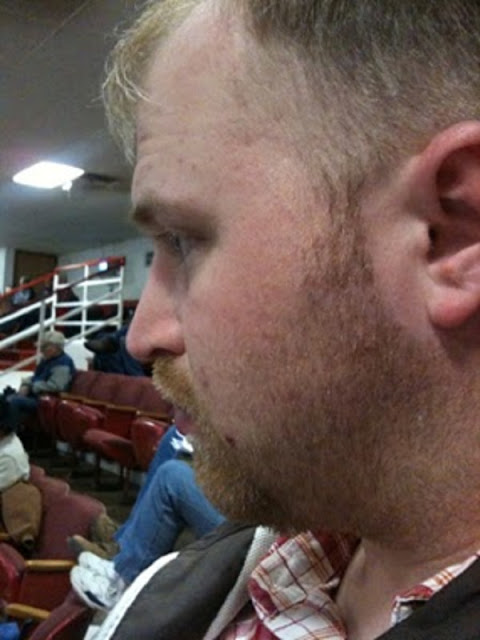 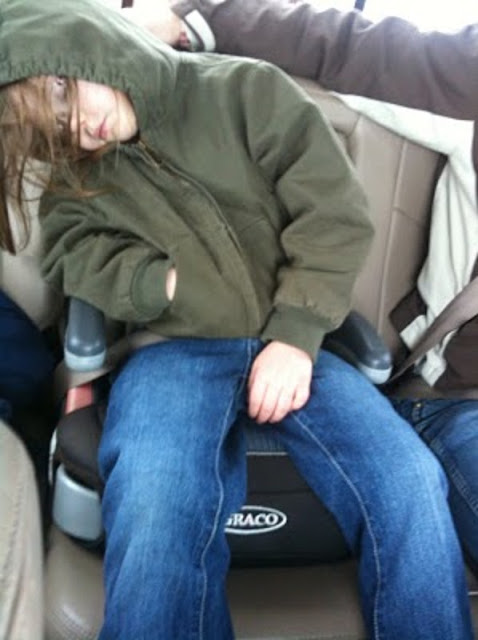 Tbug was tuckered out from the sale. 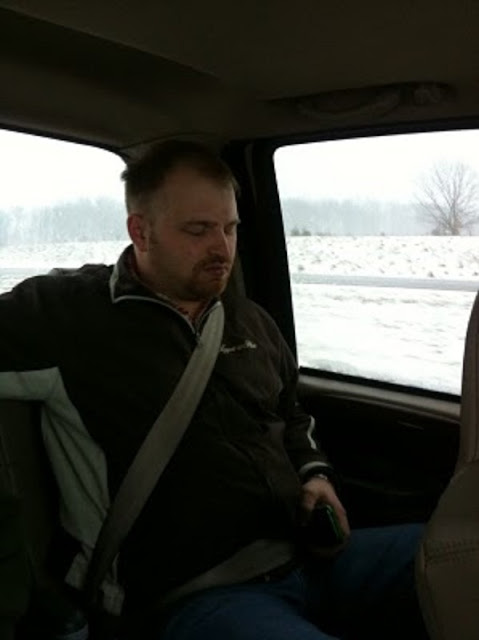 Prince Charming was too but his might have been from the early morning wake-up call. Another story for another time!!