So Saturday August 3rd, hubby and I took off for St. Louis for vacation.  It was a much needed vacation for the both of us.  We got in late Saturday night so we checked into the hotel and then jumped on the Around Me app to see what restaurants were within walking distance.

One of the first ones that popped up and one we saw when we were checking in happened to be TIGÍN Irish Pub & Restaurant that was in our hotel.  We’d never eaten at an Irish food restaurant so we thought we’d give it a go. 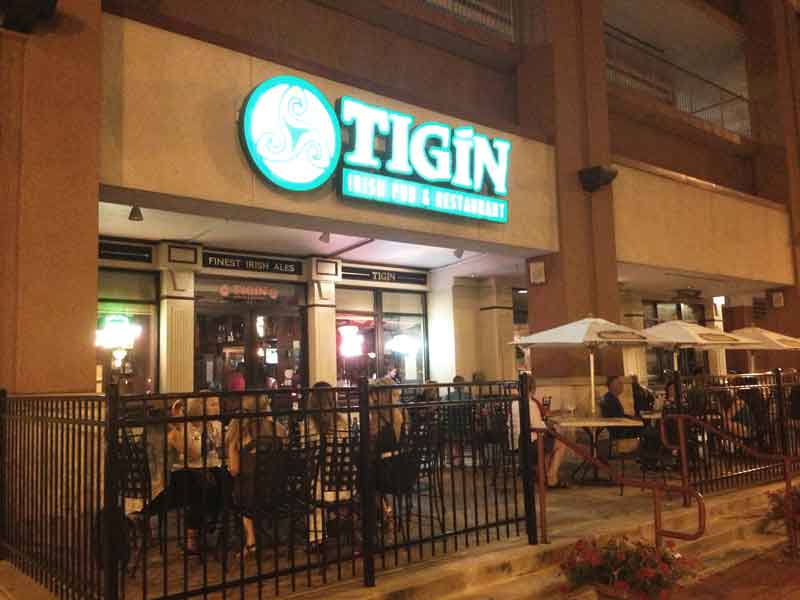 You could enter through the outside, or through the hotel.  When we entered through the hotel side, we wound up walking through someone’s party I guess because they had someone on a microphone that announced us and the other 2 groups of people who walked in.  It was a bit embarrassing in my opinion…. 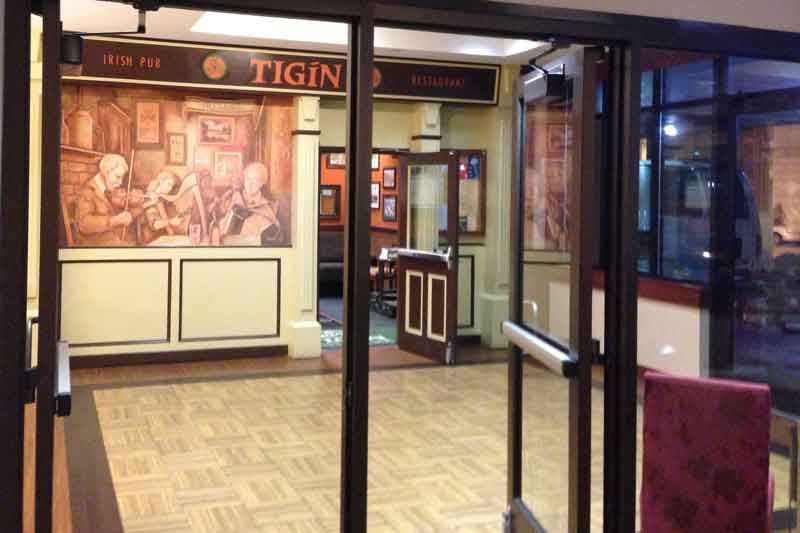 I wasn’t sure what to expect being an Irish Pub, but I was pleasantly surprised! 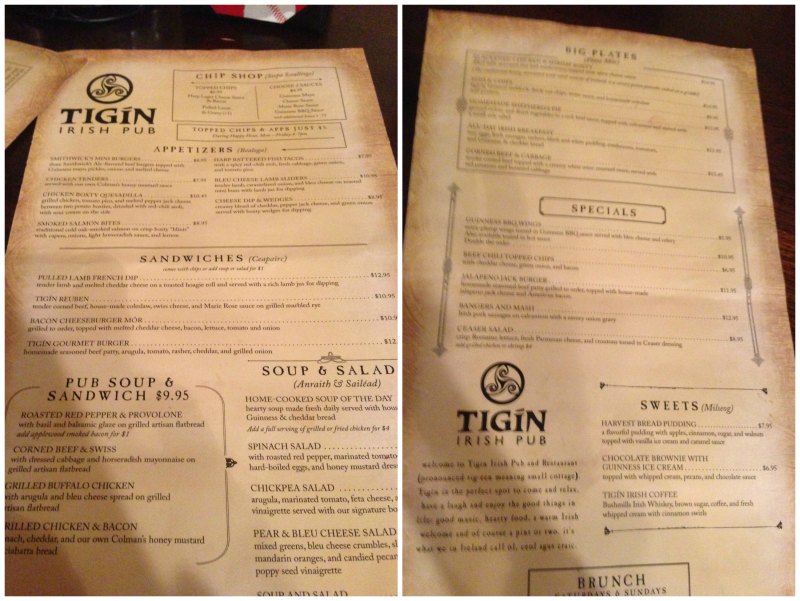 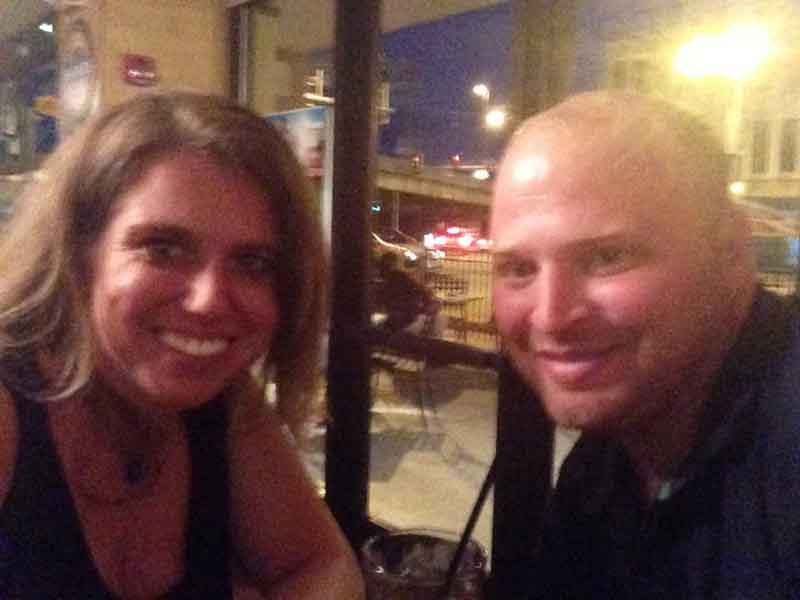 One bad thing, they don’t know what Sweet Tea is.  Oy, so hubby and I drank coke.  I know, we were at a pub, most people drink beer at pub’s but neither of us like beer so coke it was. 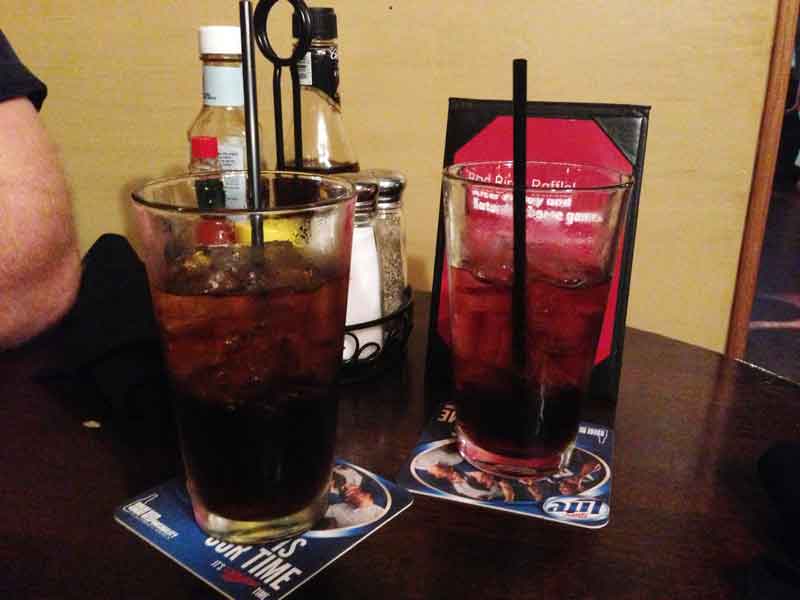 The bar area was very pretty. They had tv’s up all over and all kinds of different sports games going, although mainly the TV’s were focused on the St. Louis Cards game. 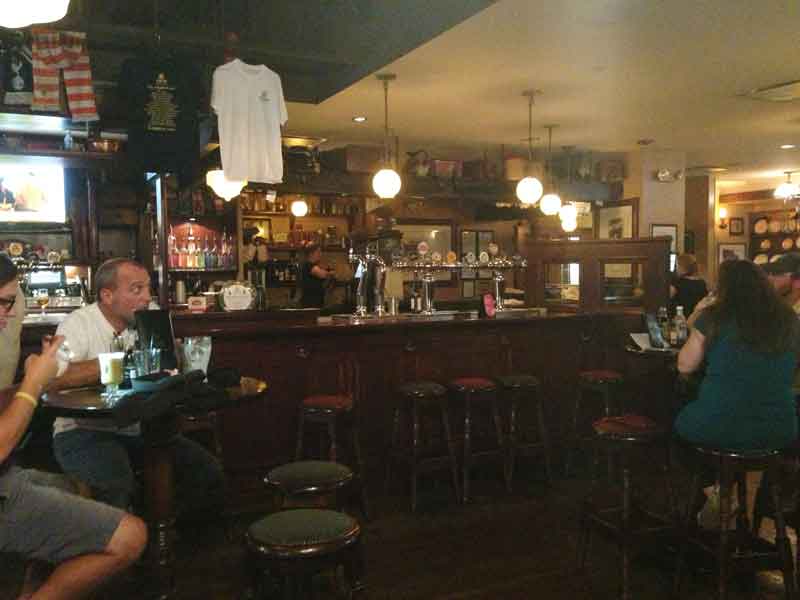 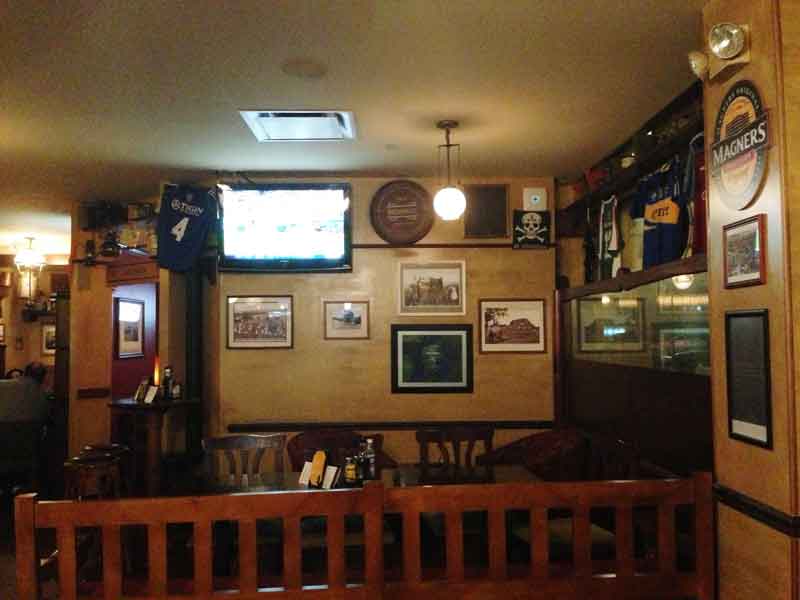 Hubby decided we’d start with an appetizer from the Chip Shop {Siopa Sceallóige} with Harp Lager Cheese Sauce and bacon.  The fries were excellent and the cheese was phenomenal, however I wish there would have been more cheese so the underneath chips could have gotten some cheese and I never saw bacon, maybe it was in the cheese?  Otherwise, they were excellent. 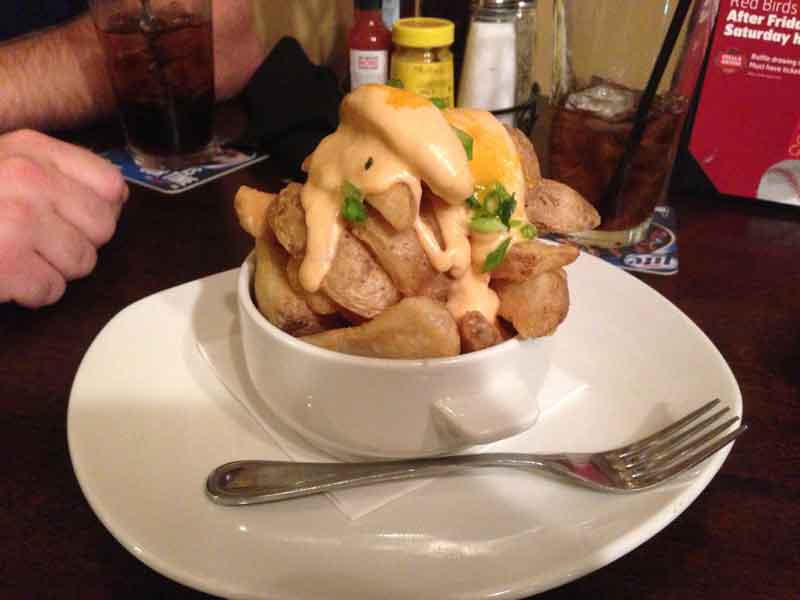 I went with the Bacon Cheeseburger mÓr.  It was a burger grilled to order {medium and it was perfect} topped with melted cheddar, bacon, lettuce, tomato and onion.  Oh goodness was it yummy.  The fries were very good too. 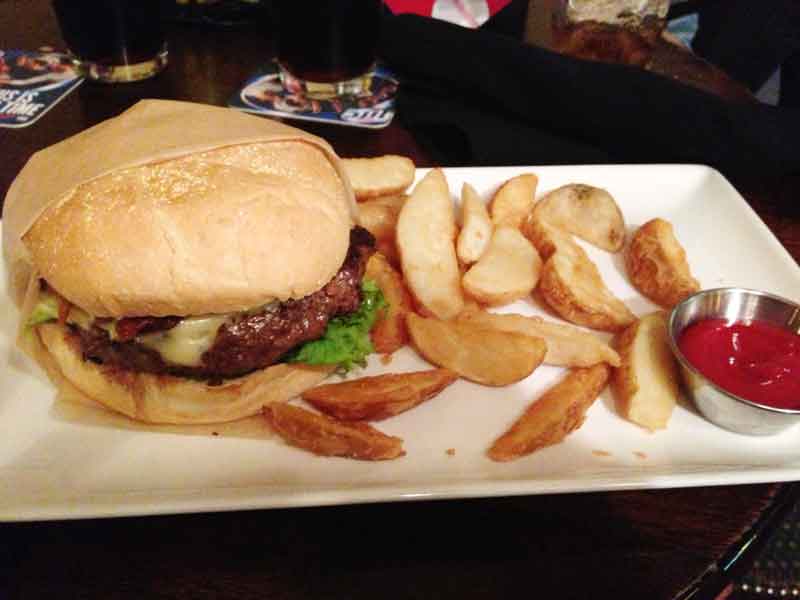 Hubby went with the Fish and Chips which was lightly battered Haddock.  He really enjoyed it.  I tried the fish and in my opinion it had a bit of a fishy taste but it wasn’t bad enough that I didn’t snag a couple extra bites.  Maybe I might just be coming around on this whole fish thing.  It also came with Thick-cut fries and homemade coleslaw.  He wasn’t impressed with the coleslaw, I didn’t try it.  He said there was a lot of bell pepper in it. 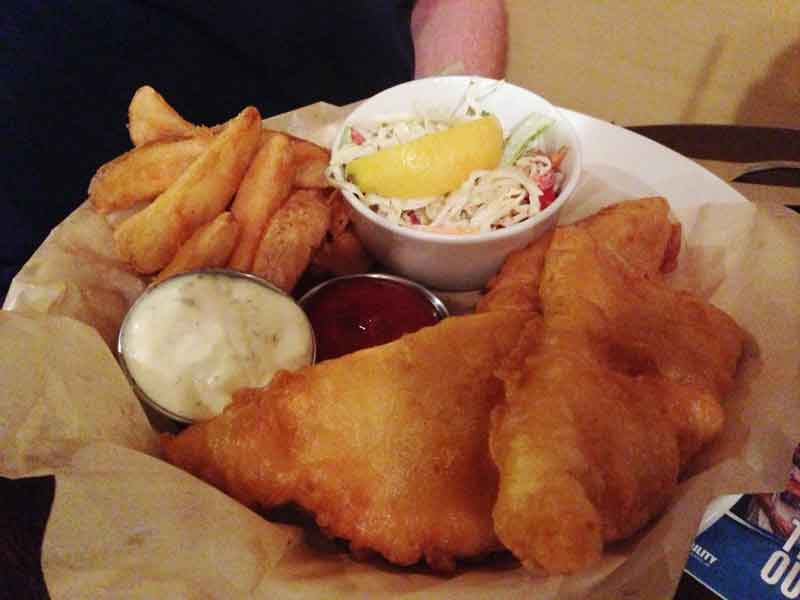 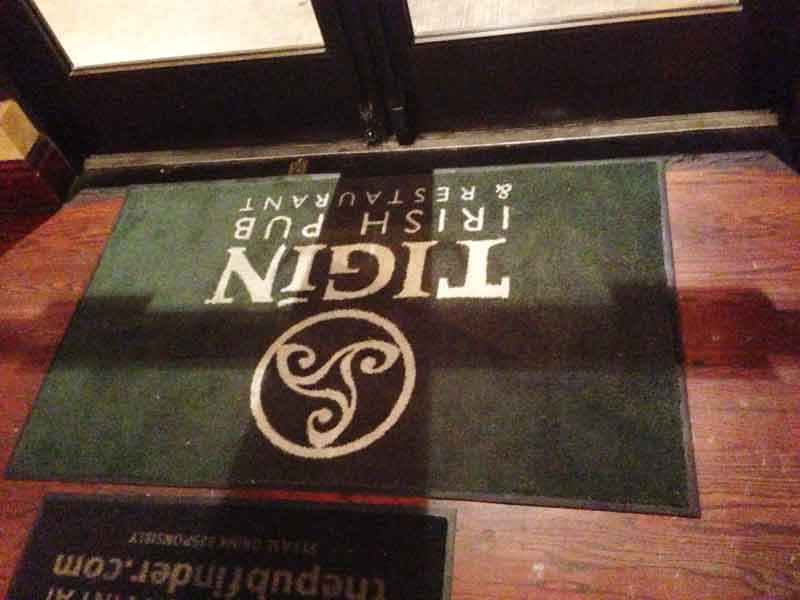 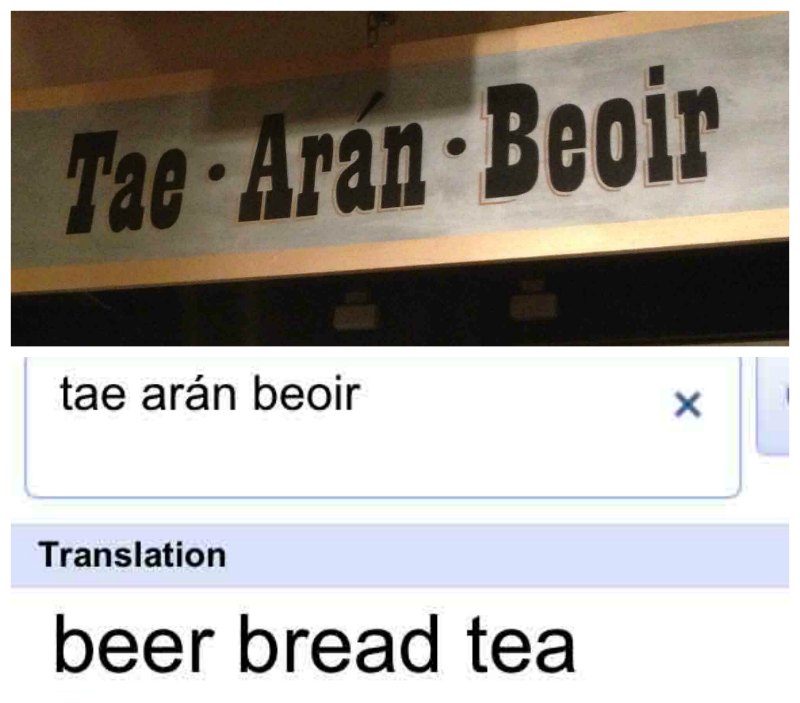 I thought this was pretty cool as well.  Definitely a way to bring people in after the game. 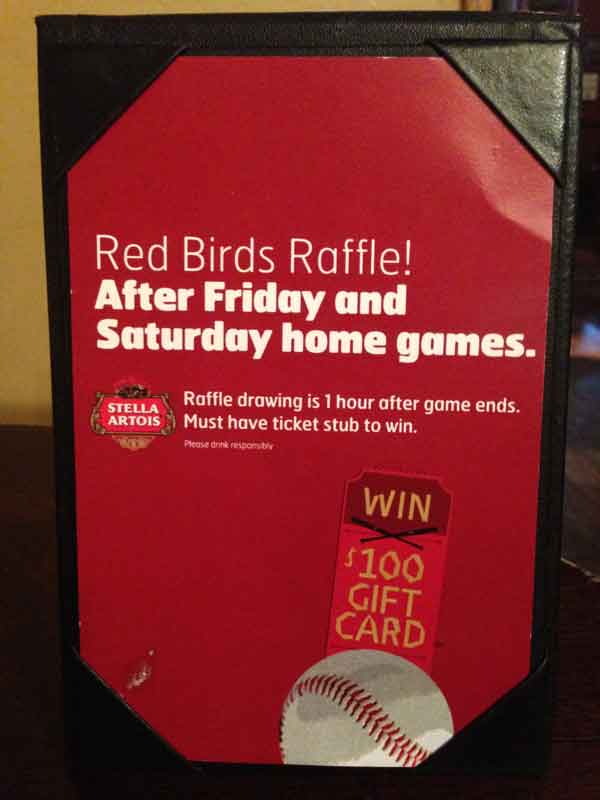 In my opinion, this is definitely a place you should check out and it’s only a couple blocks away from Busch Stadium so you could easily go there after a St. Louis Cardinal’s game.

Lambert's - Home of the Throwed Rolls!
Time to Burn it... Coronavirus Day 25
Pop the Eyes
Whew What a 4th!!!