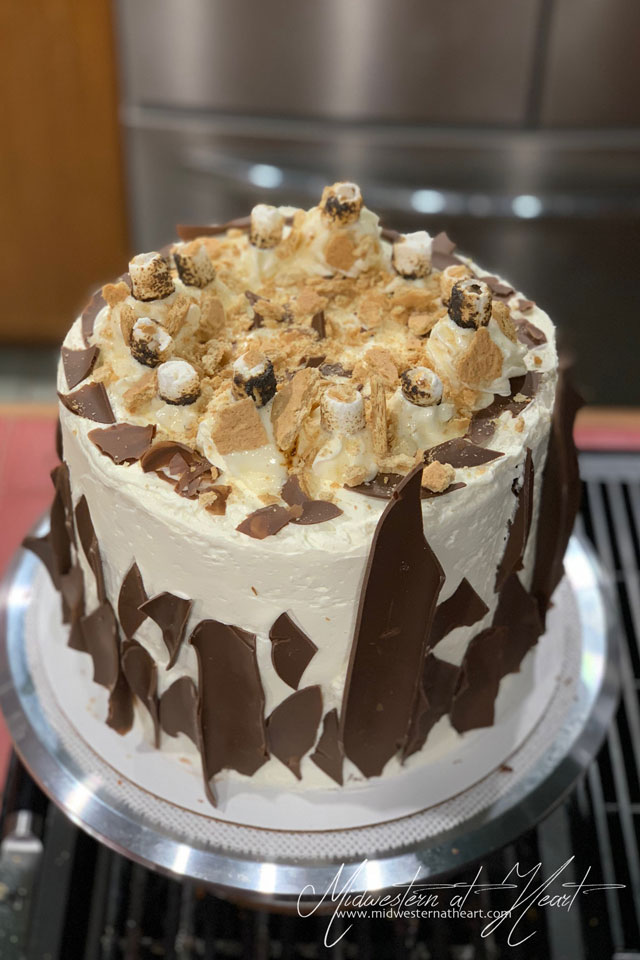 Okay, so I picked and prodded and used pieces I wanted. It was easy that way. So this particular cake used the recipe that Gemma created. She used whole wheat flour to help convey that graham cracker taste and feeling of a s’mores. I must admit now that I’ve never heard of using whole wheat flour in a cake. It was good. They baked up so nice and flat which sucked. No top for me to cut off and try… so I trimmed one anyway. I had to make sure it tasted good. Guys, I could have eaten a whole cake layer by myself with a fork and no icing. It was that good.

Now, if you read her recipe, she made this batter into 3 6″ layers. I wanted 8″ layers so I just made one batch, baked it in 8″ tins. While that was baking, I made a second batch and baked it. That gave me 4 8″ layers. I wanted a tall cake after all. 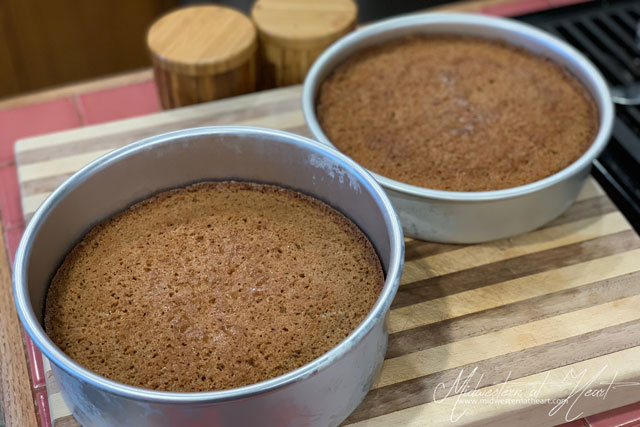 Okay, so I don’t really know what to call it… So just go with it! In all my searching for “the perfect cake,” I came across a way to make chocolate chards. Now, if you remember the contents of a s’more, it uses graham cracker, in the cake, check. Chocolate is another key component. I decided to accomplish this in 2 ways. One of which being on the outside. It is kind of like a sneak peek at what they might find on the inside. So with cakes, typically the thing to do is to do a ganache that you let dip down the side. I wanted something a little different. Enter in the chocolate chards. 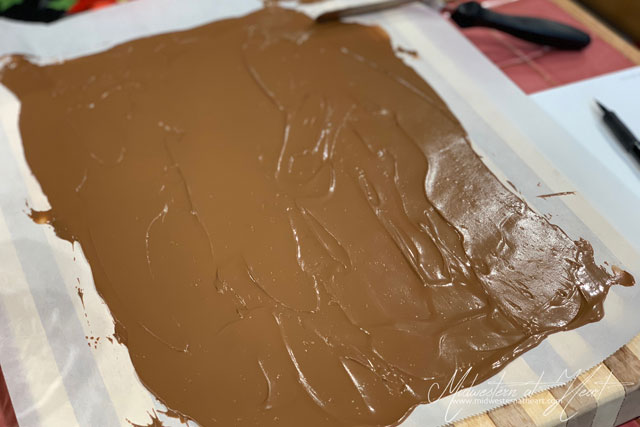 So basically you make a chocolate ganache, a thick one. Then you spread it on parchment paper. Place it in the refrigerator for at least 30 minutes to an hour plus. Then you unroll it. As it unrolls it breaks into chards. And Bam, you have chocolate chards. Easy peasy lemon squeezy. Just don’t handle them too much because the heat of your hand makes them want to melt quickly. 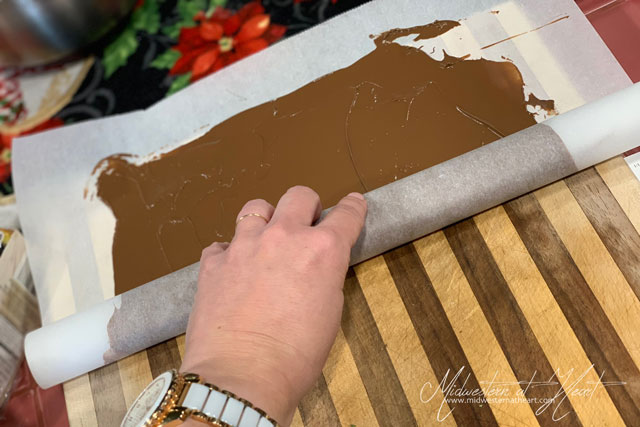 The second way I decided to incorporate that chocolate into this s’mores cake is by adding a chocolate buttercream between the layers. This goes back to Gemma’s recipe/method. In her cake, she used 3 6″ layers. I turned mine into 8″ layers so I made a full batch of the chocolate buttercream. 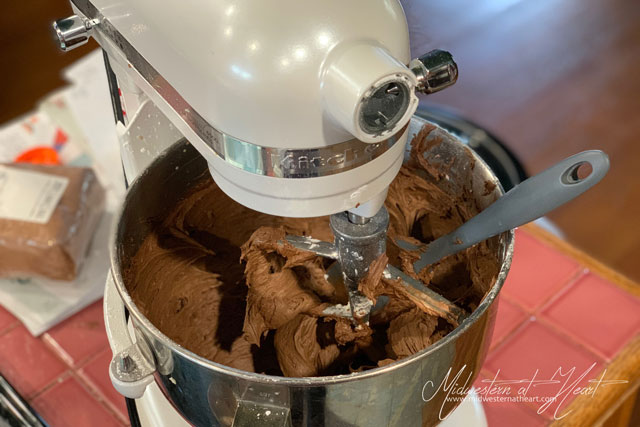 When I realized I had some chocolate buttercream leftover, I went ahead and used it for my crumb coat. My thought was, amp up the chocolate flavor. Plus why waste perfectly good buttercream? Then it was time to put the cake into the refrigerator to chill for 20-30 minutes. Perfect amount of time to make my Swiss Meringue Buttercream! 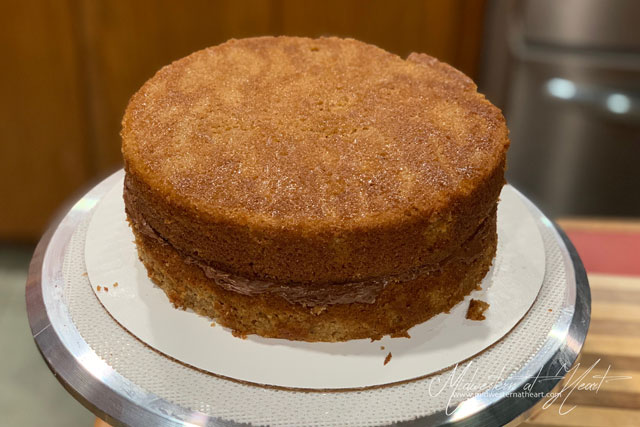 Swiss Meringue Buttercream is different than American Buttercream in that it uses eggs. You cook the eggs so there is no rawness to it. Basically, you make a meringue and then add butter. That meringue stood in for the marshmallows. 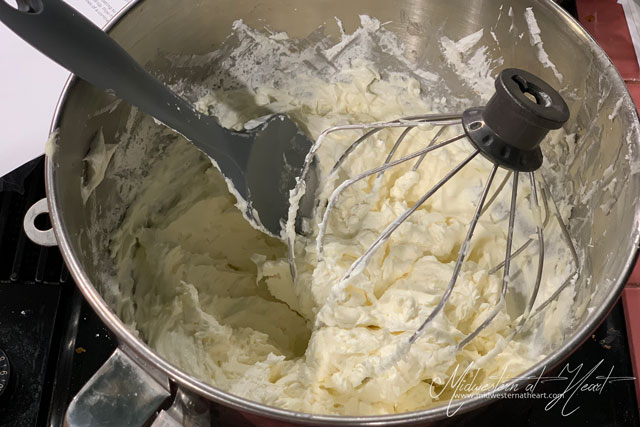 I covered the whole cake in the Swiss Meringue Buttercream. If you have never tried it before, it’s not nearly as sweet as American Buttercream. It uses granulated sugar versus powdered sugar for the sweetness. Now, I wasn’t too terribly worried about getting it smooth as all get out because I was putting the chocolate chards on the outside. 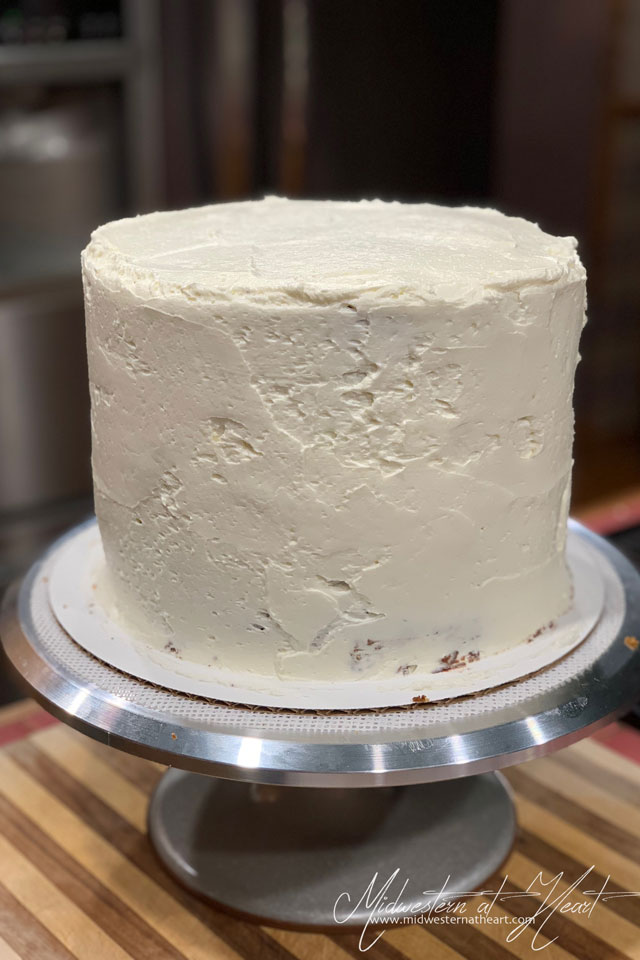 While the chocolate chards didn’t totally cover up all my imperfections on the Swiss Meringue Buttercream, it did a good enough job for what I really wanted to accomplish.  I was totally pleased. I had a few small pieces of the chards leftover after decorating the side so I broke them up and placed them sporadically around the top of the cake for a little added extra chocolate. 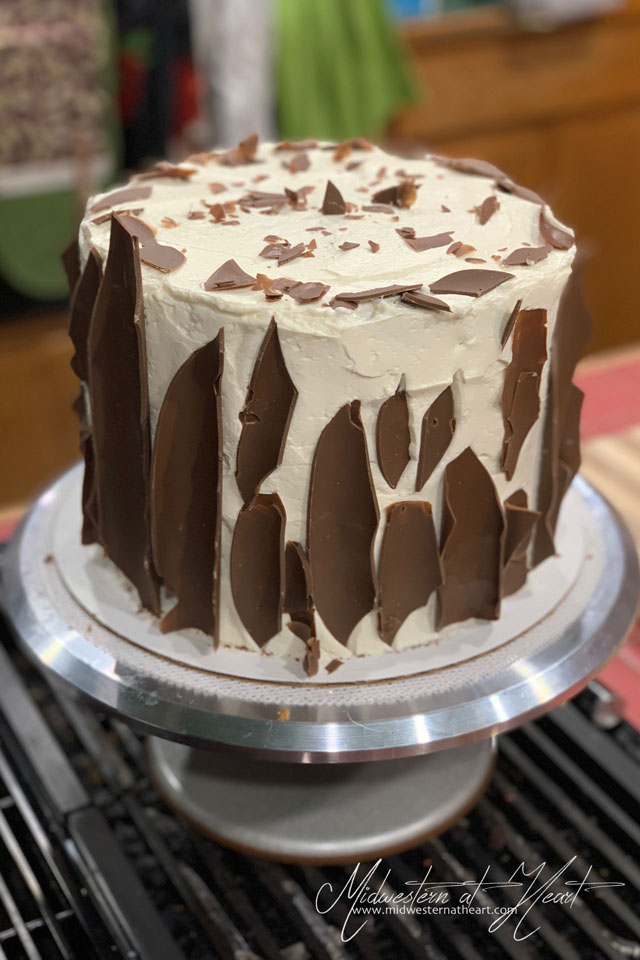 Now, this is where it almost fell apart on me. My goal then was to put mounds of the remaining icing on top of the cake. I was going to use my kitchen torch and give it that toasted marshmallow flavor. But hello, I had butter in that Swiss Meringue Buttercream. The butter melted. Whoops. Big Whoops. This is when you step back and try again. So I grabbed the marshmallows out of the cabinet (even if they were the mini marshmallows). I used my kitchen torch to toast them. Placed them on top of my mounds of Swiss Meringue Buttercream. And finished it off with broken up pieces of graham cracker. This totally let them know it was a s’mores cake. 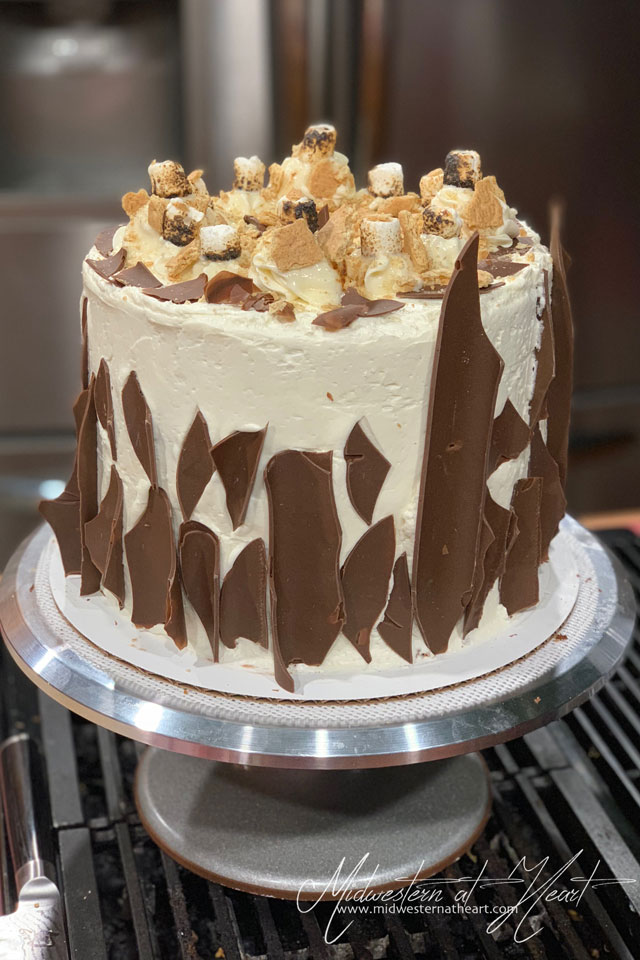 So what happened? Turns out it was a ticket auction. People bought tickets and put them in the different auction items. Sherri told me that this was the 2nd highest bid on auction item. And guess what? Sherri won it. How funny is that? And truthfully, I think I’m going to have to make this for myself, minus the marshmallows on top just so I know what it tasted like. 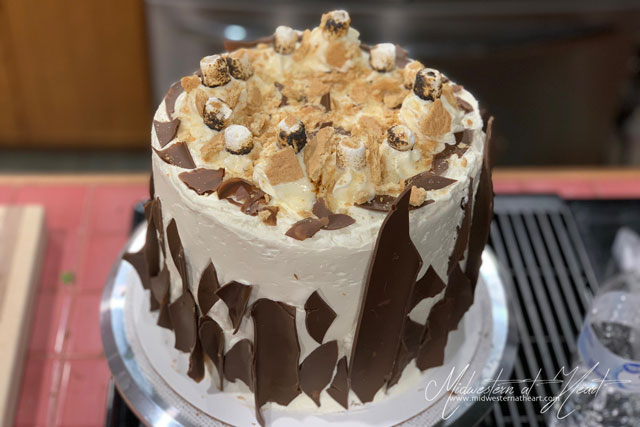 S’mores Cake
It’s like a s’mores but better and in cake form!!
Ingredients
Instructions
3.5.3251