Abug and I got an opportunity to head to Monroe/West Monroe, Louisiana last Monday, and we took the opportunity. This is driving down I-49 through Arkansas just south of Fayetteville. 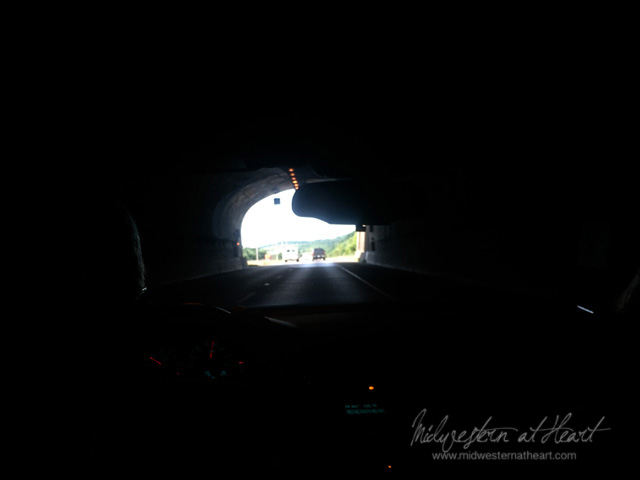 She is the best traveler. She just naps. When she’s not napping, she’s usually happy as a lark. I think out of the 14+ hours in a car (total both ways) we had one melt down. 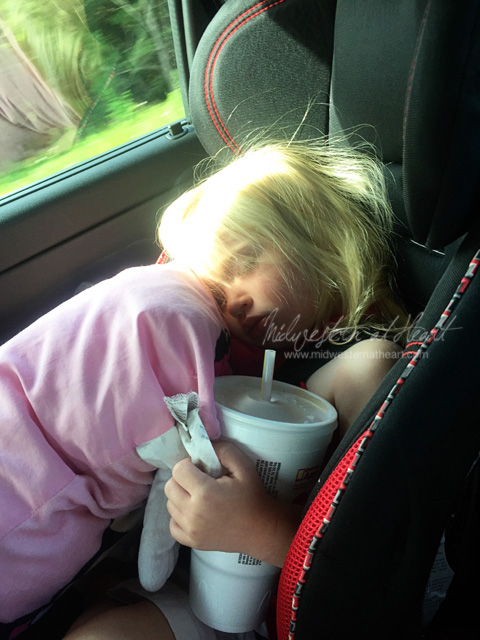 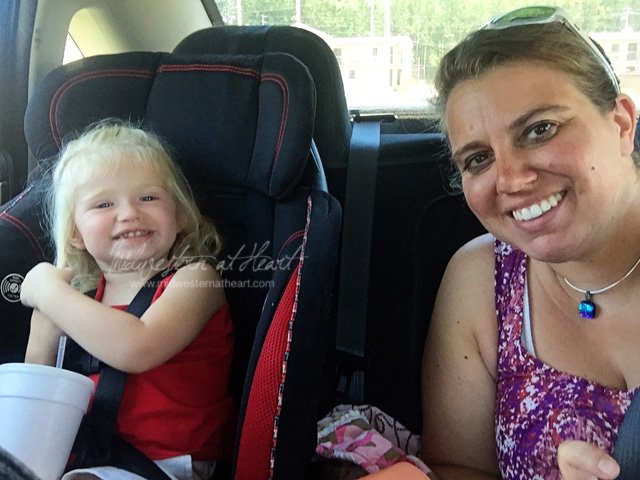 Driving through Southern Arkansas, this reminded me of the drive from Clarksville, Kentucky, to Nashville, Tennessee. Can you imagine the wind that some of these trees endure during tornado season. They must have great root systems! 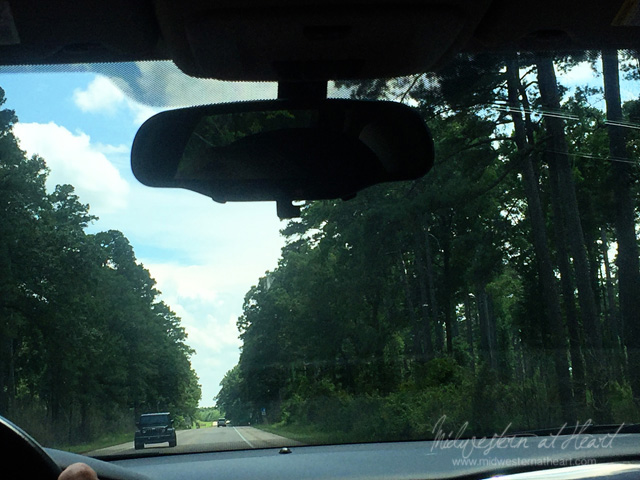 I didn’t realize how north that Monroe/West Monroe really was in Louisiana. We dropped down out of Arkansas into Bastrop, Louisiana, and then bam, we were in Monroe. Almost but not quite that fast. 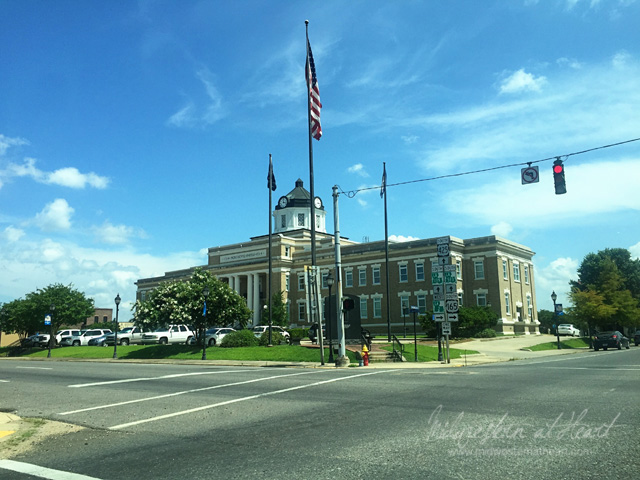 Pulling in to this portion of Monroe, I was asked if I recognized this area. I said no. Apparently this is the strip that is featured a lot on Duck Dynasty. I have to admit, I haven’t watched much of Duck Dynasty, just a little. 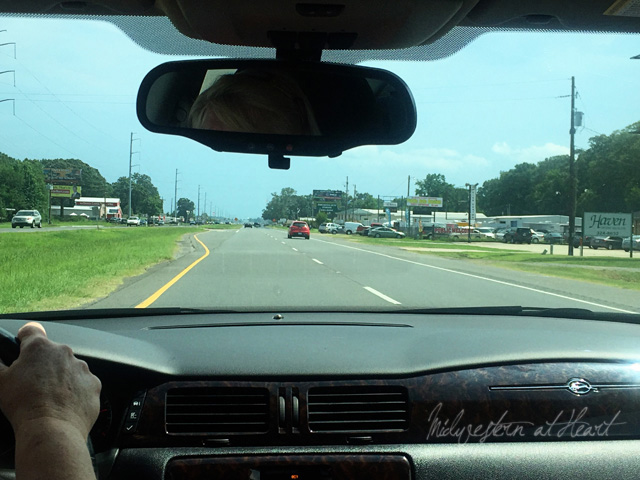 Our hotel was the TownePlace Suites by Marriott in Monroe out by the airport. So the story of Monroe/West Monroe is it is two towns that are side by side separated by the Oauchita River. Monroe is about 48K people while West Monroe is like 3K people. And West Monroe is where Duck Commander (therefore Duck Dynasty) is located. 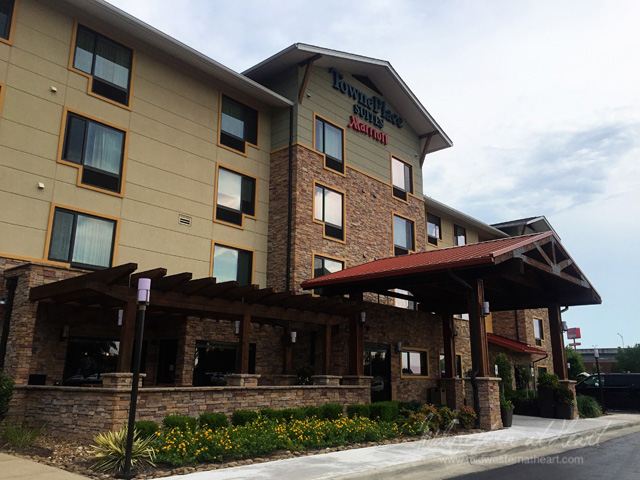 This was our hotel room. I have to admit, the beds were comfortable, the pillows were okay (I’m a picky pillow person), and the air conditioner worked GREAT! 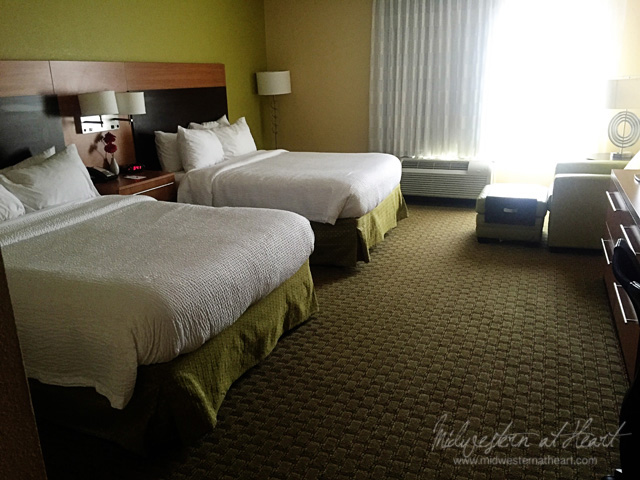 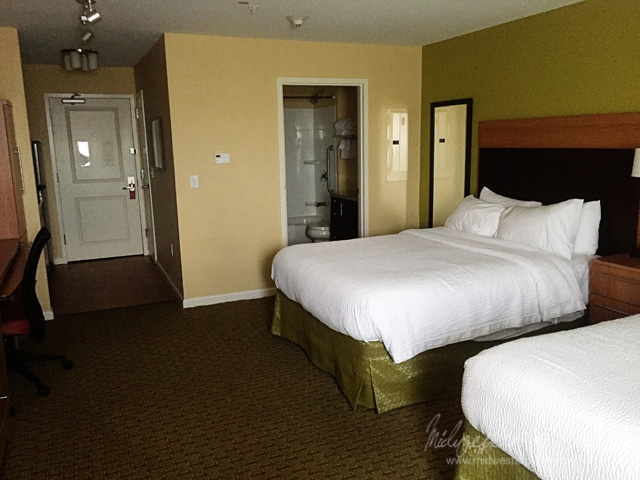 This hotel is located close to the airport so I’m sure it sees a lot of business people coming through so this hotel is set up with a work station as well as a small kitchen area/full sized refrigerator. And just so you know, there is a Target just around the corner and Walmart isn’t far off :). 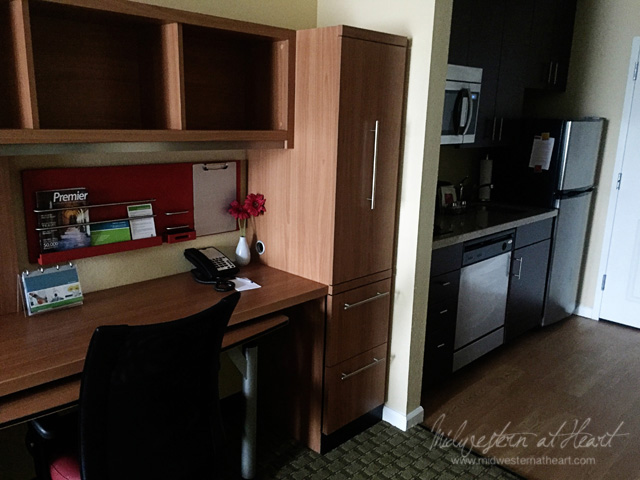 The bathroom was a nice size but the best part is there is a closet just as you walk into the door as well as a closet in the bathroom. 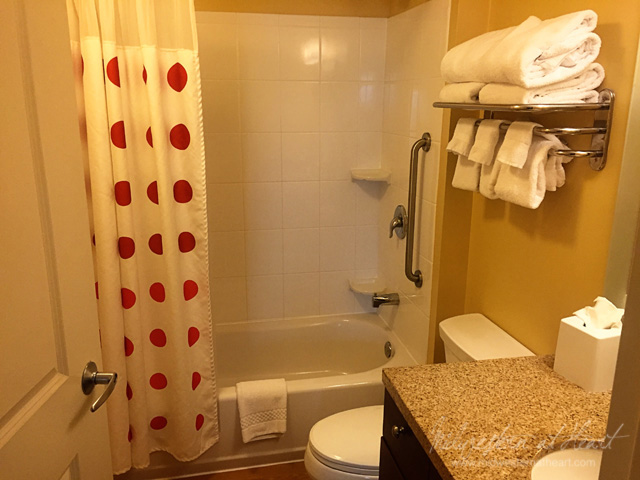 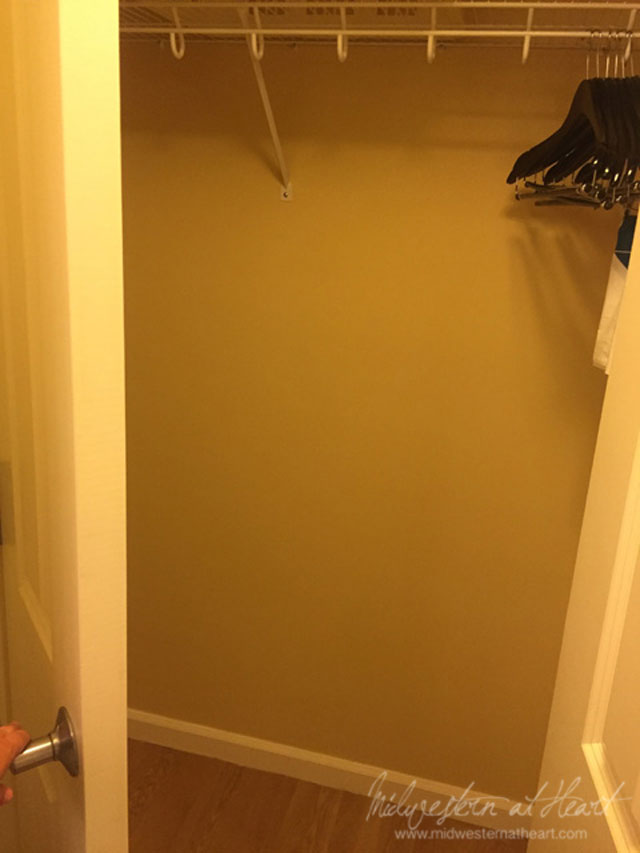 This hotel also has a nice pool. I believe it is a salt water pool. The deepest it gets is 5 feet, the shallow end was 3 feet. 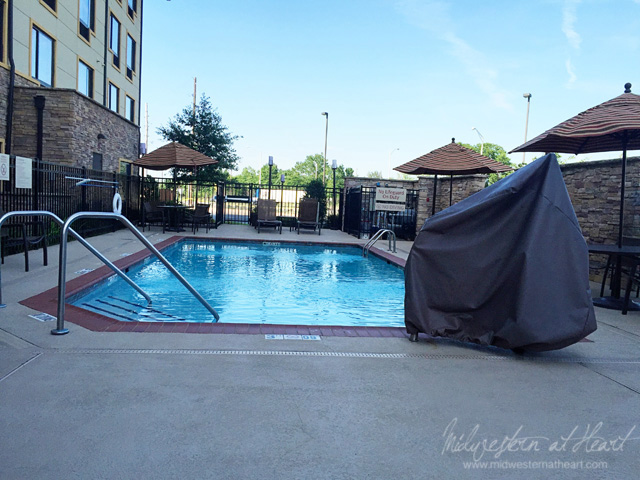 That first night we got checked into our hotel and then headed to go find Duck Commander and see what else was in the area. It was funny because we could see the rain ahead of us and then we hit it. 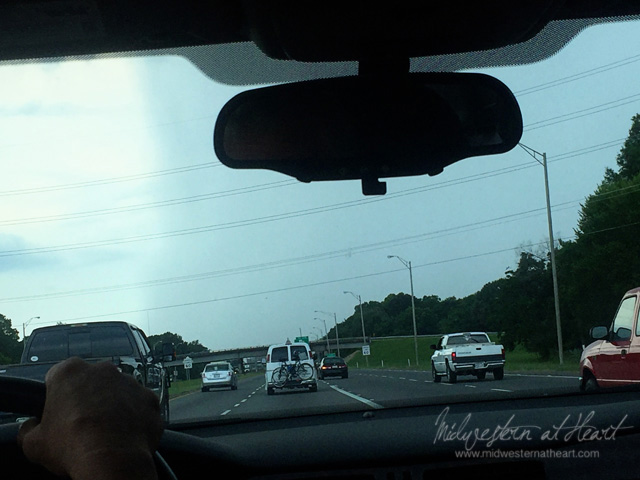 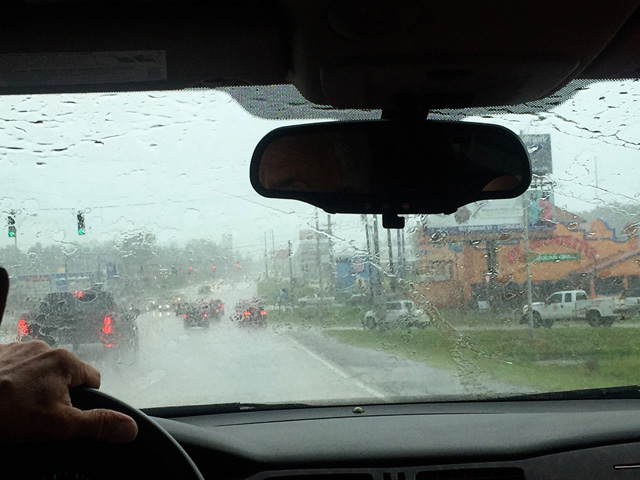