Who doesn’t love a good, juicy, greasy hamburger? Well I guess there are some out there, but that would not be me. Sunday hubby and I slummed around for a while and finally decided to get up and get dressed. We had seen a baby store near by our hotel and we decided that we’d go check it out. On our way to Buy Buy Baby we passed a Five Guys burger. We’d been debating what to have for lunch and decided heck yeah, let’s do it. 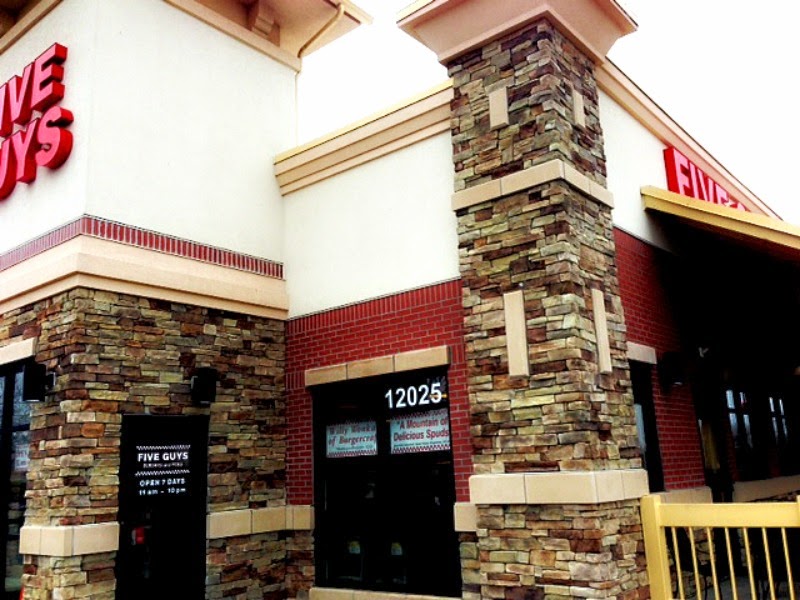 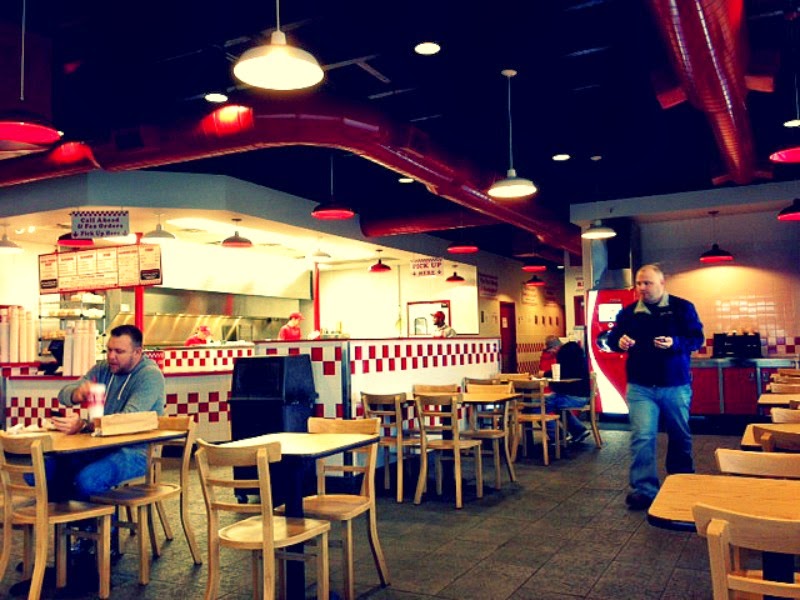 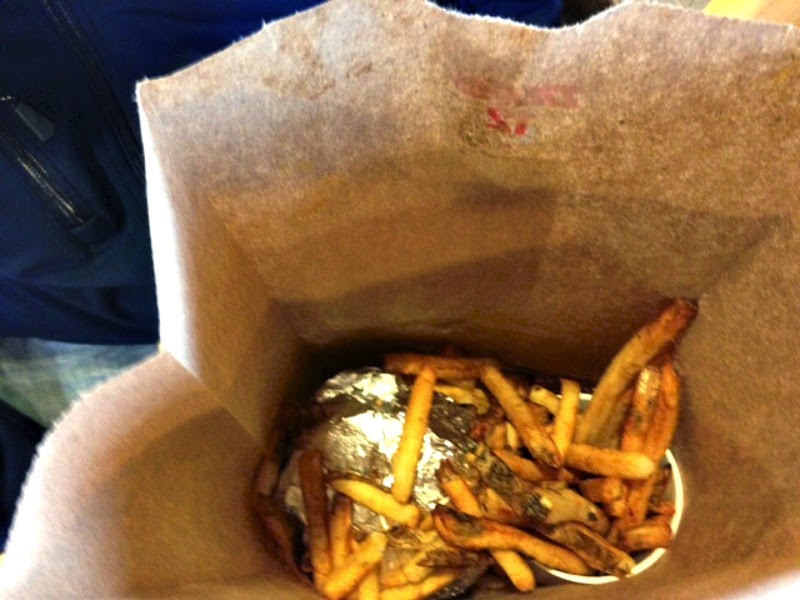 There’s one thing about Five Guys, you should never leave hungry. We got the fry to share between us and hubby and I couldn’t even finish them. Hello YUMMY goodness! 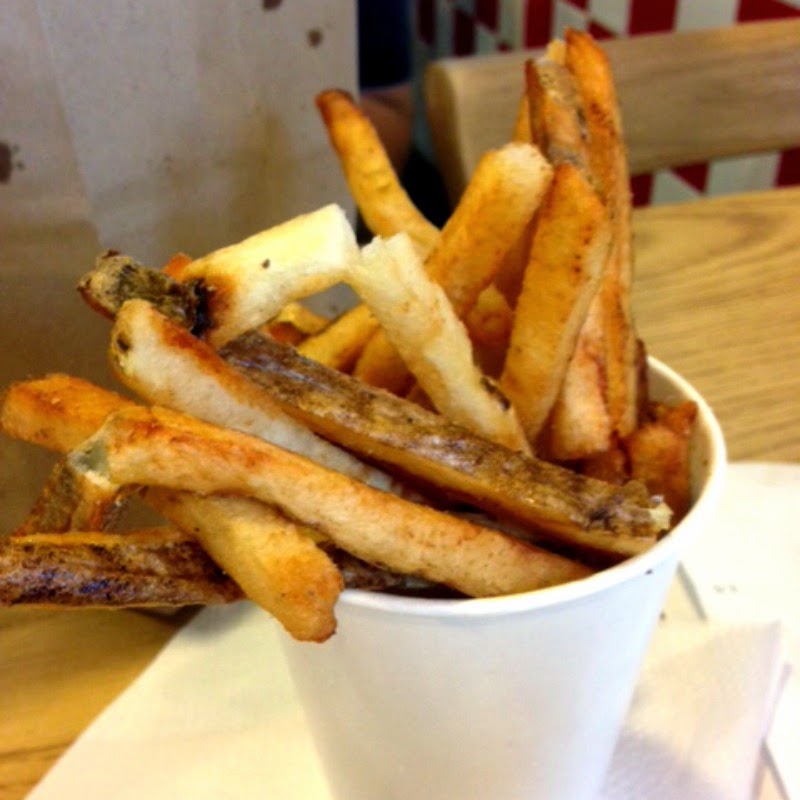 I went with the Little Bacon Cheeseburger with mayo, tomato and grilled mushrooms. YUM! I can say, you need a napkin though, it might have been messy but it was fabulous! I ate every last bite of it. Hey, don’t judge, blame it on Peanut :). 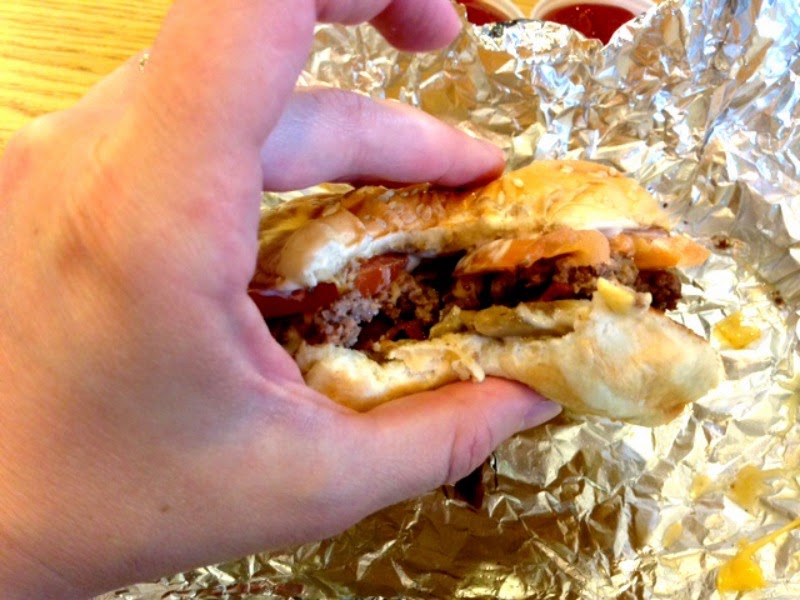 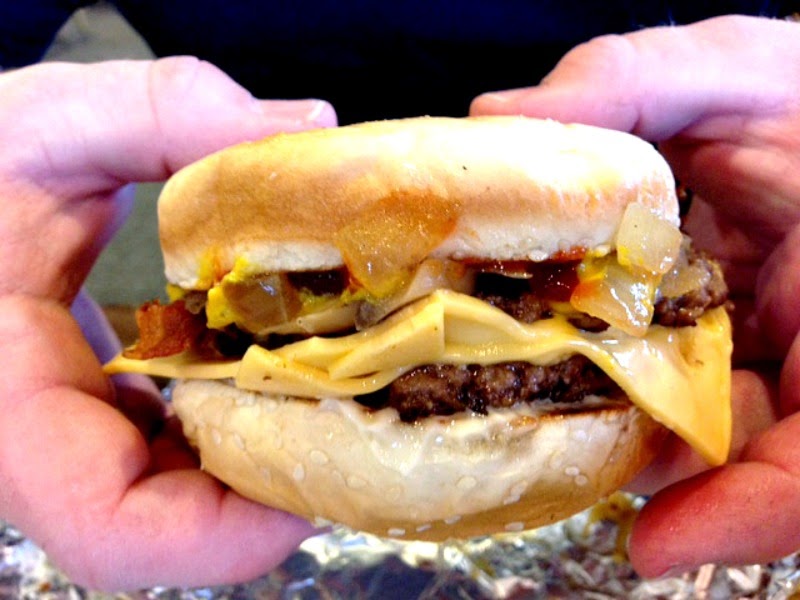 Snake and the Car Update
Christmas in August (at least for Karen and me!)
Let's Dish
Pensacola Beach: The Trip Home, Starbucks, Funny Stories & Cantina Laredo