Tuesday August 28th would have been my grandpa’s 84th birthday.  Would have been is in the past tense.  My grandpa passed away in 2010.  It’s hard to believe that it has been two years.

My Grandpa J and I had a special connection.  I went to his house every day after school from 2nd grade through 8th grade.  I also spent a lot of summers at his house too during the day while my parents were at work.

Now my grandpa liked food, you might almost say loved but I can’t speak for him, and he always said you couldn’t get good for unless you drove 45 miles or more.  I think part of that had to do with the fact that by the time you drove that distance you were so hungry it always made it taste better, but I’m not sure.

Back in 2009 I started the tradition of going out to dinner on my Grandma S. birthday.  She had passed away 2 years prior.  So when my Grandpa J passed away, my dad thought it was a good tradition to start.  It started with taking my Grandma J to dinner on what would have been their anniversary so she wasn’t home alone.  Now it has carried to dinners.

Tuesday night my parents, grandma, hubby and I loaded up in dad’s truck and drove to Nevada, MO to eat dinner at a restaurant called Iguana Azul.  Two reasons we chose this restaurant.

The first reason, Stating the obvious, it was more than 45 miles from home.
Second reason, dad, hubby, Tbug and I ate here back in March and we’ve been talking about it ever since.  So it seemed like a perfect fit.

Iguana Azul is located on the south Side of the Nevada Square across from the court house.  I believe they also have an entrance from they Hwy 54 side of that building with a parking lot behind the building/accessible from Hwy 54. 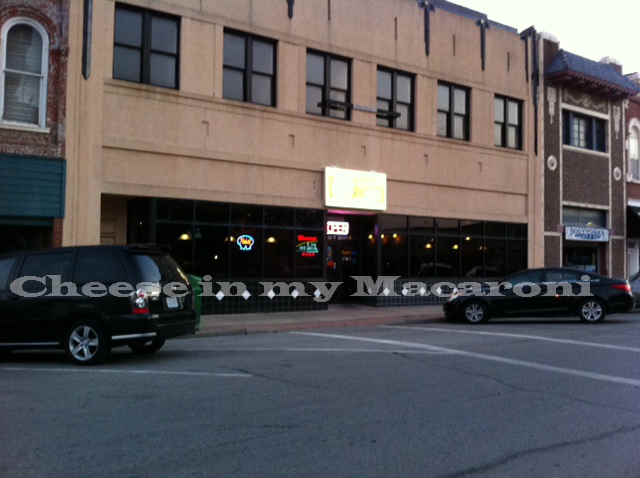 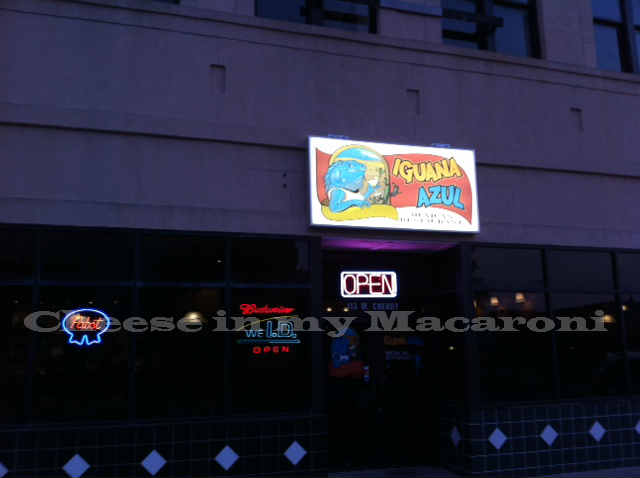 The funny from when we ate here in March was Tbug walking out saying, “Boy grandpa, that was good, but I’m sure glad we didn’t have to eat any Blue Iguanas.” haha. 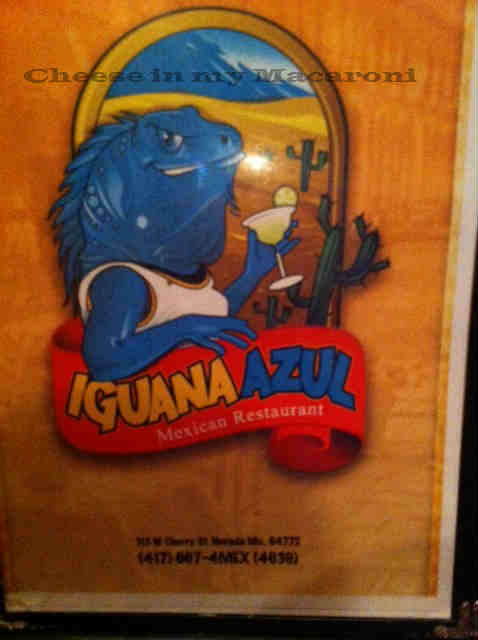 Their chips are second to none.  I swear they were made fresh when we got there, but whether they were or they weren’t, they were absolutely GREAT! 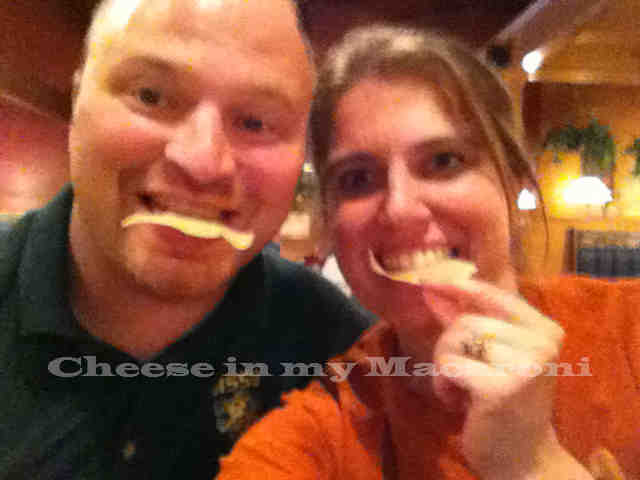 I ordered the Nachos Fajita which was a layer of Chips, Steak (or chicken), Bell Peppers, Tomatoes, Onions under a layer of cheese sauce.  I’m fairly certain there were two types of cheese there two, but the menu didn’t specify that, or if it did, I missed that (All together possible!). 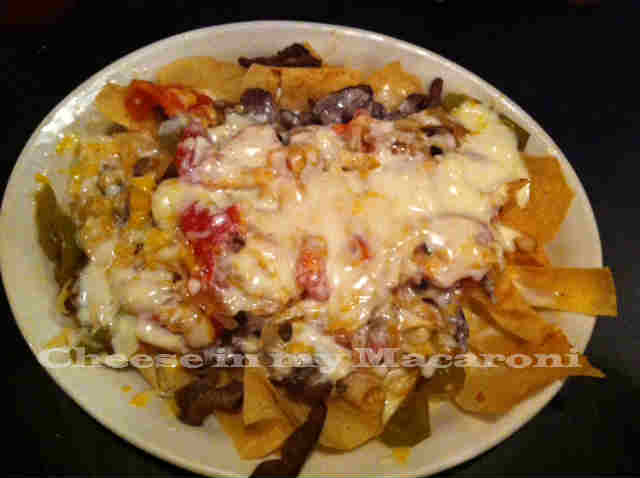 My daddio got Chorizo Chicken Chimichanga with White Cheese sauce, Rice & beans.  Something about those beans caused both my dad and my husband to rave about how good they were.  I’m not a big fan of beans, but they said that the beans weren’t like common beans… I don’t know though. 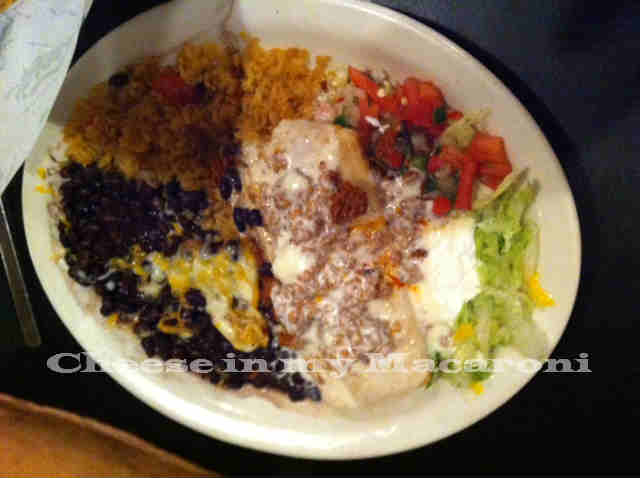 Hubby and my momma got Fiesta Fajitas.  Fajitas served with Chicken, Beef & Shrimp served with Rice, Beans and Guacamole Salad.  Mom and hubby both commented on the good amount of shrimp.  I even tasted a shrimp, remember I don’t like seafood, they were good.  Not seafoody (that’s a word!!) at all. 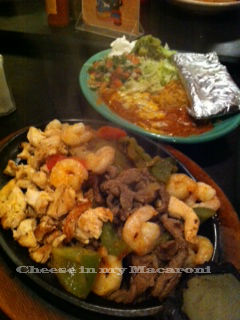 Grandma ordered a Chimichanga, but I wasn’t able to get a photo before she ate it.  She hasn’t learned that I need/want my photos yet… haha.

Quite the Interesting Weekend....
Greek Ravioli Skillet
Army Quilt - Finished
Let Her Tell You About Her Mommy