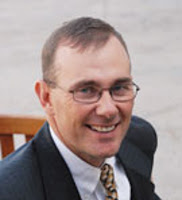 Last year I shared some wisdom from Troy Marshall comparing marriage and your dog.  If you don’t remember it, I would recommend you go read his wisdom.  Today, I’m at it again, imparting more wisdom, but this is based off your relationship with your horse.  Again, it is Troy Marshall’s words, not mine, so don’t yell at me :).  I just like what it said and thought I would share.  If you don’t agree, that’s all together fine too 🙂

Everything I ever needed to know I learned from the back of a horse.To start, I should say knowing something and actually applying it, aren’t exactly the same thing. Secondly, I believe – as do probably most parents – that I’ve been blessed with some pretty good kids.

It was 10o F. the other night, the wind was blowing 40 mph and we were arriving home fairly late after a school activity. We pulled in the yard and all three kids went inside, put on their chore clothes and headed outside – without me having to mention it and without a complaint. I loved showing cattle and horses when I was a kid, but my appreciation for youth livestock programs has truly increased by watching their effect on my kids. That was the inspiration for this article.

When I was in college, I did an internship with a reining horse trainer who taught me quite a bit about horses but more about life. I’ll always remember the day we were all riding in the indoor arena when the trainer dismounted and just stood there with his back against the wall holding his horse.

I figured there was something wrong and rode up to question him if something had happened. The trainer just shook his head and said he was growing frustrated and decided to stop and get his emotions under control before he “ruined six months of training in 60 seconds.” I’ve never forgotten that lesson – you can’t control a horse unless you’ve first learned to control yourself.

The motivational speaker Zig Ziglar tells a story about a boss acting inappropriately to an employee who then takes it out on one of his employees; the chain continues until eventually a young kid kicks his cat. Ziglar made the point that it would have been much simpler if the original boss would have just drove to that kid’s house and kicked the cat.

While the story is kind of humorous, it illustrates just how destructive anger and frustrated outbursts can be. Unjustified punishment or out-of-proportion discipline – even if just in the form of words – creates frustration; a lack of understanding that usually starts a negative spiral of events. That’s the great thing about horses; you must have your emotions – especially your negative emotions – under control. Horses are among the most perceptive animals and they pick up on our moods and attitudes in an amazing way. Self control is foundational for clear thoughts and positive actions.

Another lesson I’ve learned from horses is that shortcuts don’t usually work. Often in life, we want a desired outcome but are unwilling or unable to put in the groundwork to make it happen. There would be a whole lot more horsemen if one could create a finished horse in 20-30 rides, but a good horse is created through a couple of years of good fundamentals applied on a daily and consistent basis.

A beautiful flying lead change, for example, is a lot of fun, but the hours of loping circles, building true collection, and doing leg yielding exercises can be boring and downright monotonous. It’s those who do the little things on a consistent basis who put themselves in a position to compete for the big prizes.

There’s no substitute for elbow grease and wet saddle blankets. One thing my kids learned early on is that showmanship classes aren’t won the week before the fair but in March and April. Long flowing manes, hair coats that pop, and those winning runs are created through hard work and practice. While talent certainly plays a role, the difference between a blue and red ribbon more often than not is decided by commitment and hard work.

You can’t put a square peg in a round hole. Suitability to purpose and passion matter, of course; if you don’t love it, you probably should let someone else do it. To be good at something, one has to love it or they won’t be willing to pay the price that success demands.

At the same time, with enough work and patience, you can make a racehorse lope slow, or a draft horse spin, but they’ll never be great at it. I don’t believe in destiny, but I know God has created all of us with a purpose and we need to discover what it is. To truly succeed, you must follow your life’s calling. High Brow Cat may be one of the greatest cutting horse sires of all time, but if you tried to turn his progeny into jumping horses, it would be an entirely different story.

Details matter. Horsemen know that a performance is only as good as the preparation. Everything from the horse shoes to the horse’s diet must be done right if a performance is to be maximized. In all life’s relationships, you must take care of the small things.

I could write a book about the many lessons you can learn from your horse. But perhaps none is more important than knowing that if you build trust, if you’re totally committed, and you have a positive outlook, not only can you rely on someone else but the partnership can create something far superior to anything you could achieve alone. A cowboy without a horse, or a horse without a rider, is simply incomplete.

Investing in a relationship takes effort and time, but is well worth it. And, yes, there is that rare time where you simply don’t click and it’s in both the horse and rider’s best interests to go separate ways. Most of the time, one didn’t perform their due diligence in the purchase and got caught up in the color, size or pedigree of the horse. In those cases where things started smooth and turned out sour, it usually isn’t the horse’s fault; rather it’s a rider who lacked the knowledge, experience or patience to solve the problem.
— Troy Marshall