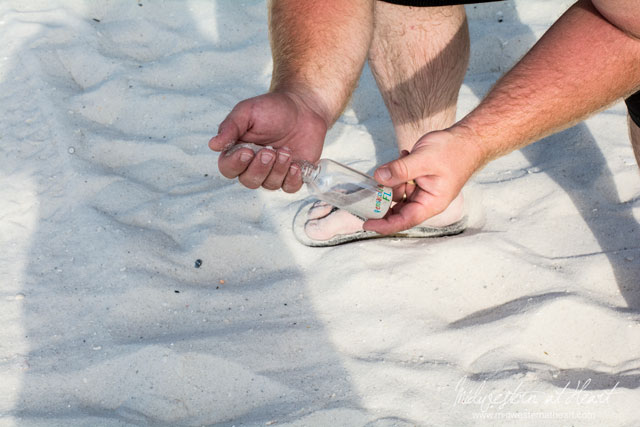 After we walked to the Pier, we went back to our room, changed out of our PJ’s (because don’t you walk to the pier in your pj’s?) and waited until we needed to load up in the vehicle and head for the airport. 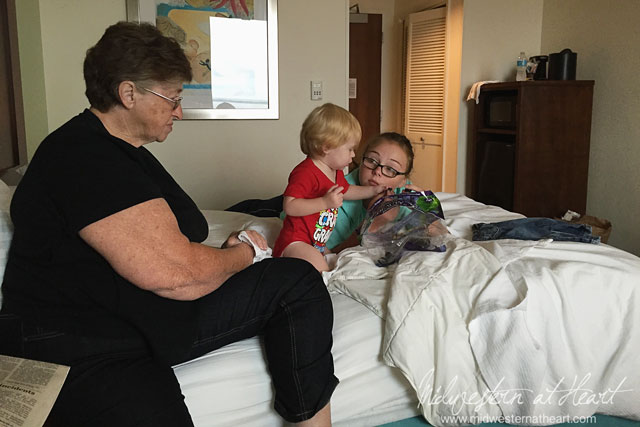 On the way we had to go put fuel in the suburban. Across the road was a Starbucks and Tbug “just had to have Starbucks” so I snagged her out of the vehicle and she and I ran across the road to get “her” Starbucks. And I can’t find the story where Tbug gets blamed for Starbucks… The day after my birthday when we went shopping for my Keens, as we were walking through the mall, there is a Starbucks. She and I were commenting on how awesome it smelled. As we walked back by I told Grandma that “Tbug wanted Starbucks” and so it’s come to be any time we pass one and want one, it’s Tbug, even if she isn’t with us. 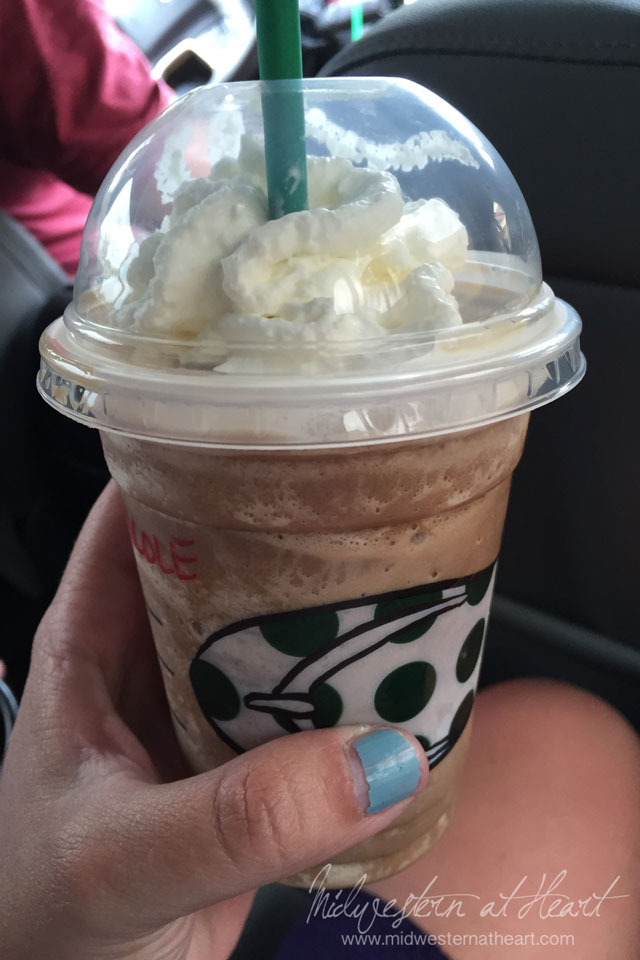 On the way to the airport the baby fell asleep. Poor girl. We wore her out. She didn’t get much of a nap though. 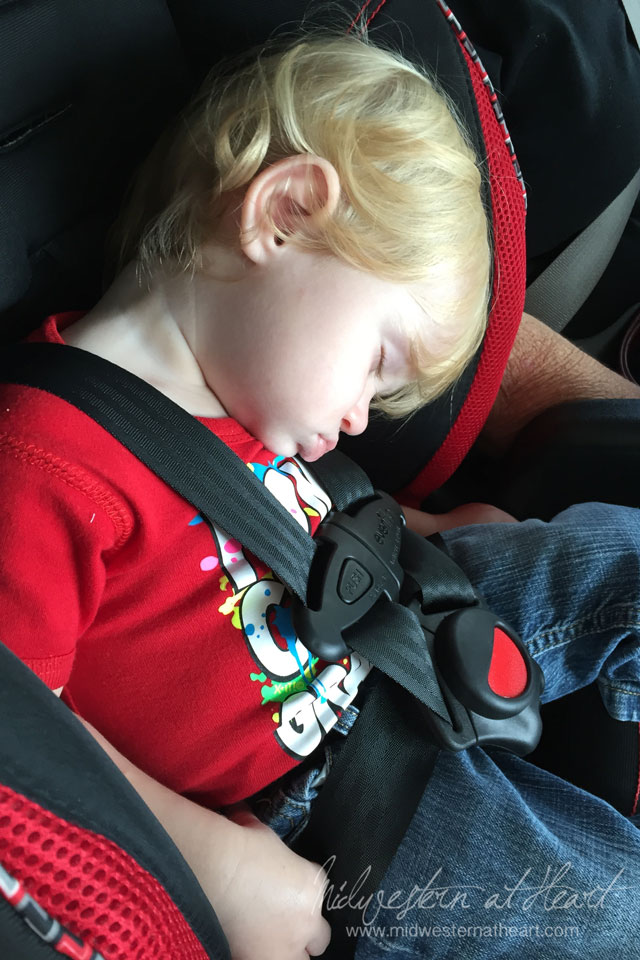 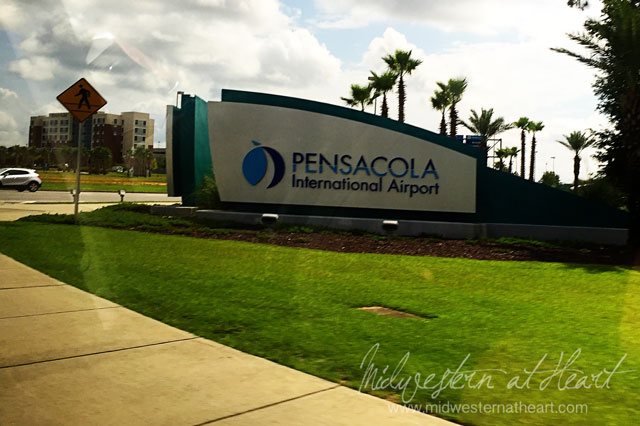 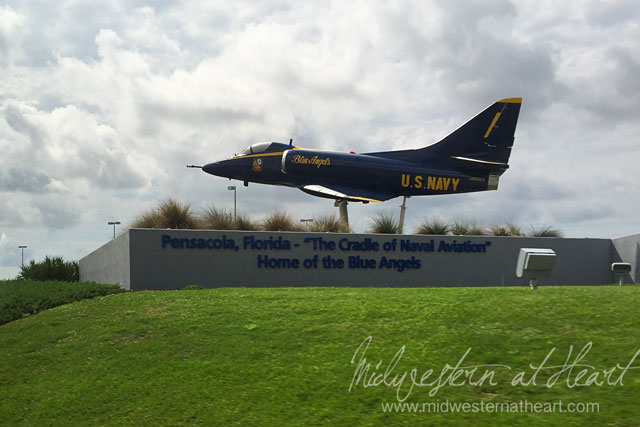 We boarded at Pensacola heading to DFW and Abug was entertaining herself through the window until she fell asleep. When we landed at DFW, daddy carried her off the plane and I grabbed her stroller. We put her in the stroller and wheeled her to the restaurant. She was asleep in her stroller until she smelled food. 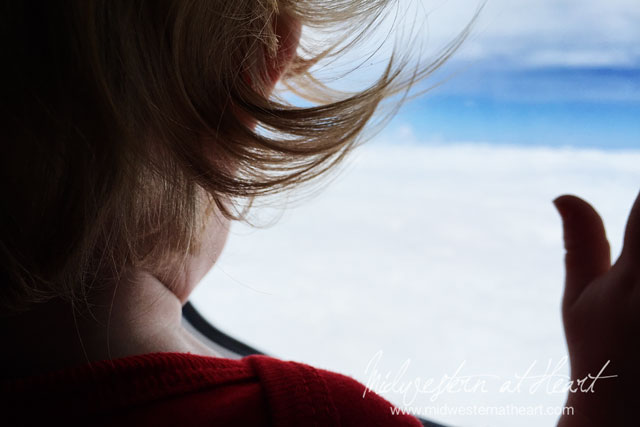 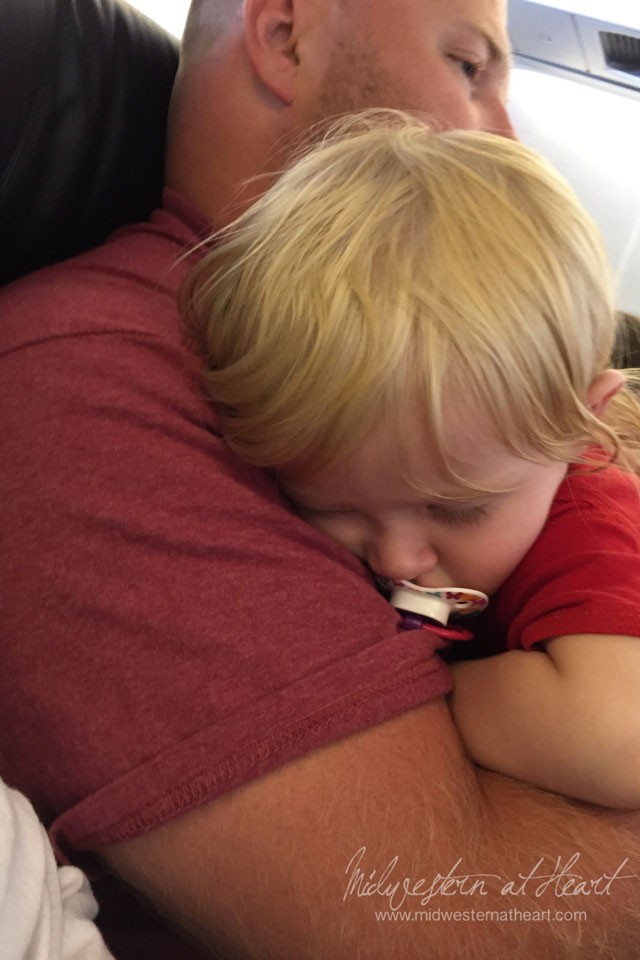 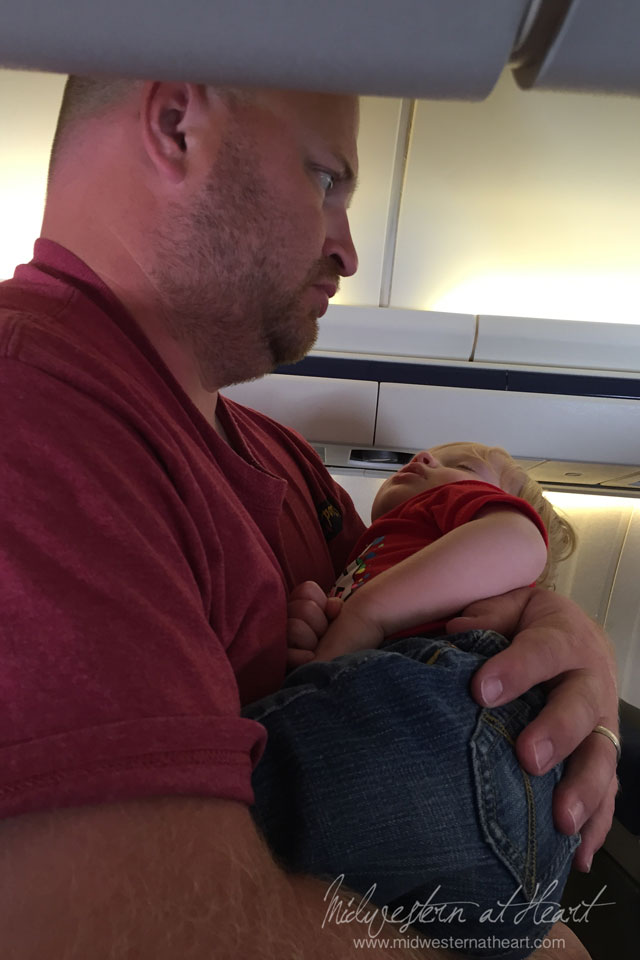 We decided to give Cantina Laredo a try. Being in the airport there wasn’t much option and it was fairly close to the terminal we were kicked out at. kicked out as in where our plane landed… not to be confused with that time we were thrown out of a hotel…. 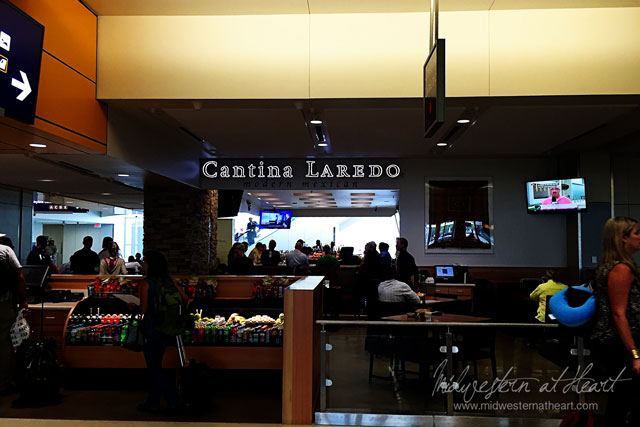 Originally I ordered a vegetarian dish, not realizing it was vegetarian other than all the ingredients sounded good. Initially I ordered Enchiladas de Espinaca which was sautéed spinach, Monterey Jack cheese, and mushroom enchiladas topped with sour cream poblano sauce. The waiter came back and said they were out of the spinach though, could I do Enchiladas Veracruz which was Chicken, spinach, Monterey Jack enchiladas with tomatillo sauce, marinated vegetables and queso fresco. I was like well yeah… I didn’t realize there was almost the exact thing with chicken in it. It wasn’t bad either. 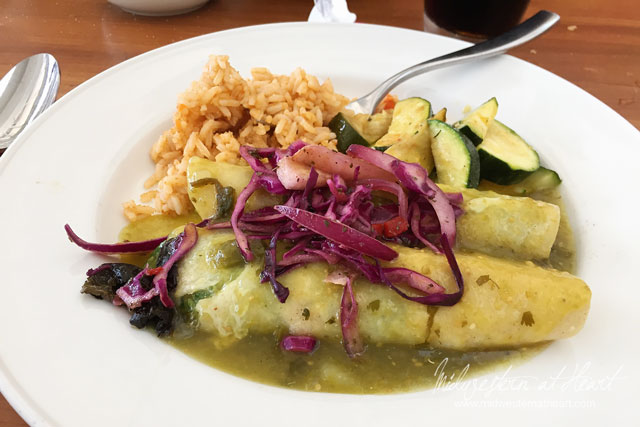 My aunt’s flight left Pensacola after ours did and they were rerouted to Austin due to weather in Dallas. My mom asked if it was raining there and I shot her this picture of clear blue skies and the sun was out. Who knows what the deal was but they had to go to Austin because they were running low on fuel and couldn’t circle Dallas waiting. 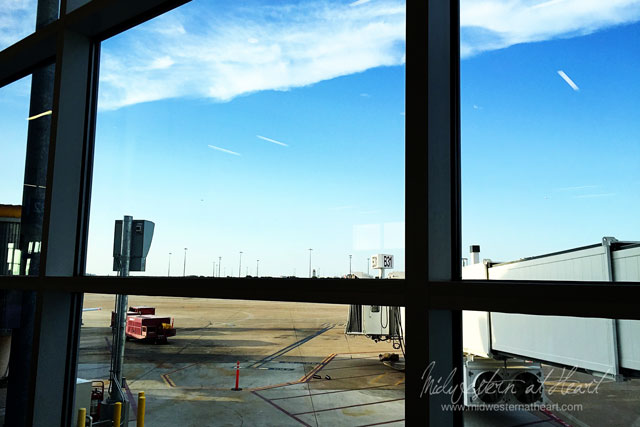 So then… another good story. When we came in to DFW we came in at gate B36. Our departing flight left out of B3 so we slowly sauntered to the gate, that includes stopping for lunch. We had 5 hours to kill… So about an hour and a half before boarding our flight home, Abug started getting tired and antsy so I put her in the stroller and I knew there was an Auntie Ann’s pretzel place back the direction we came so hubby and I went to get some food.

We really weren’t hungry but getting home at 9:45 didn’t really sound like fun eating that late. Turns out the pretzel place was back where you turn for gates B30. When we walked back with the pretzels, we got 2 regular with cheese to dip in, a pepperoni pretzel and cinnamon pretzel bites, hey there were 6 of us to feed, we just sat down to eat and they announced a gate change. Instead of leaving out of B3 we were to leave out of B31. Hubby and I looked at each other like, seriously?!?!

So hubby went up and asked them to get a tram ride for my grandma and his mom. Then the rest of us packed up our stuff and started walking back to gate B31. Well we thought since we had enough time we’d take the tram around and it’d dump us off back closer to our gate. We got on the wrong escalator and wound up on the skywalk (moving sidewalks) taking us to terminal A. We just laughed and laughed and laughed. 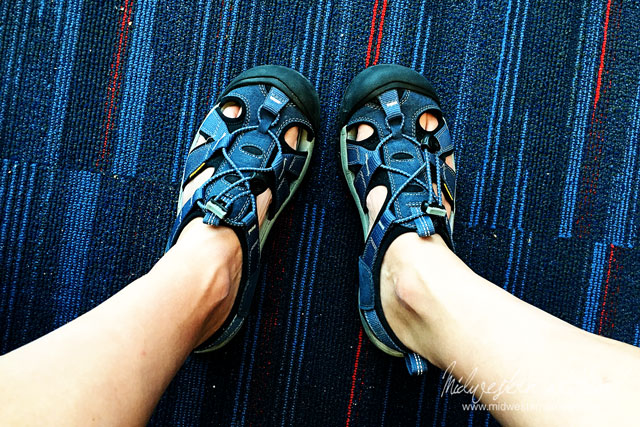 Baby girl learned how to lower down the tray tables and when she couldn’t do it, she decided to employ daddy’s finger. 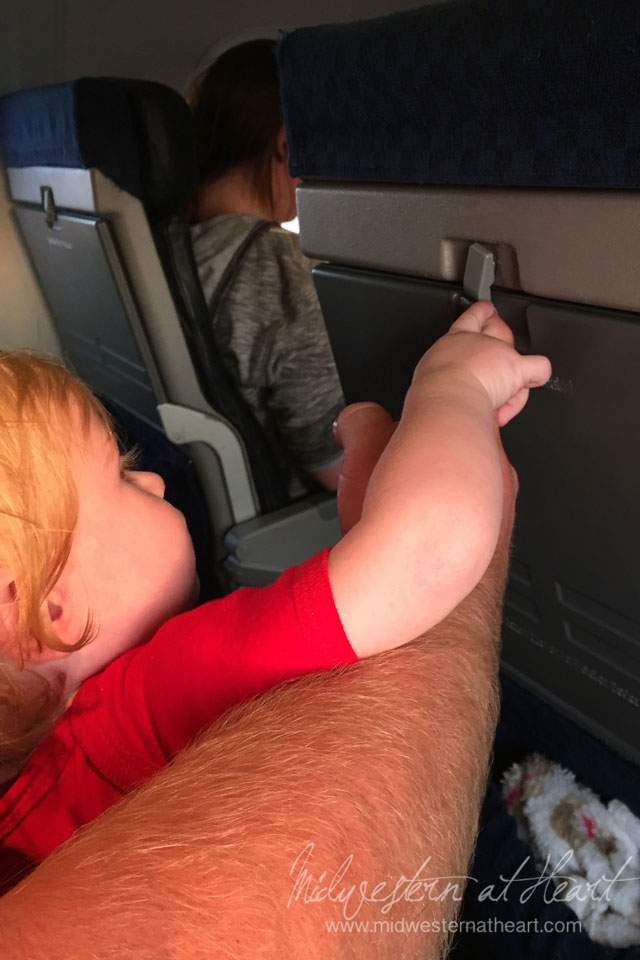 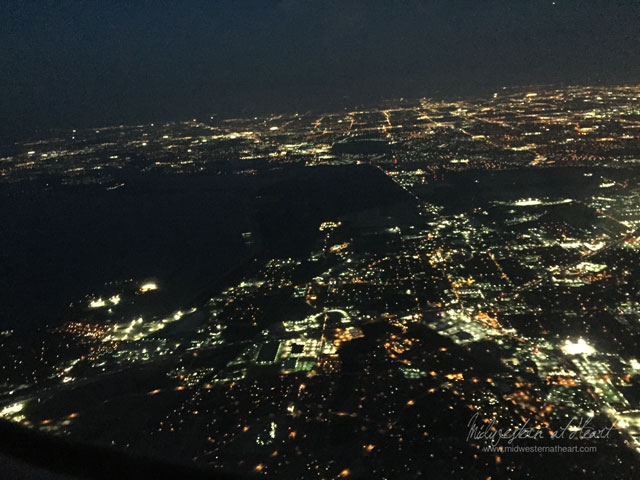 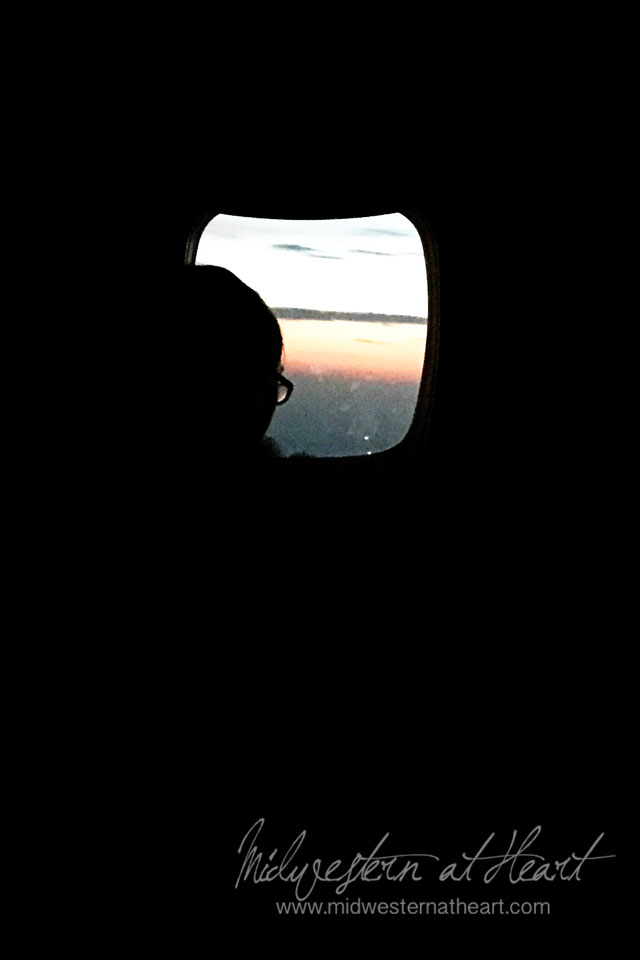 Don’t judge my steps too much… because… for the most part my phone stayed in the room while we were in Florida. But look at the debacle of going on the skywalk… I hit 14,975 steps. ha! I giggled about doing that even more. What can you do..  no reason to be upset! 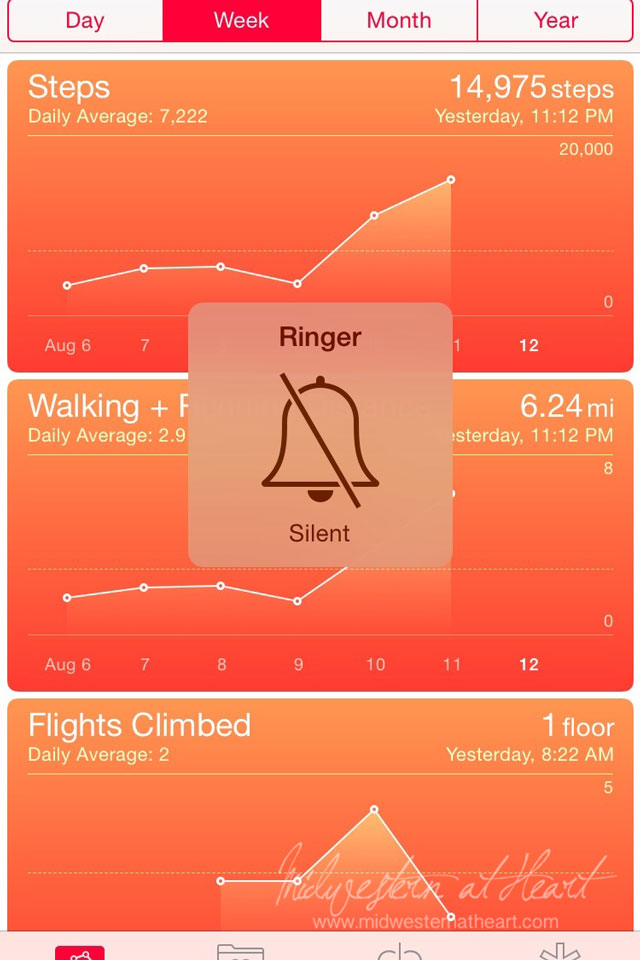 And that was our trip to Pensacola Beach. Thanks for sticking out these posts. I had to document it somehow!

S'mores Cake
A Cheesy, Corny Side Dish (AKA Cheesy Corn on the Cob)
Looking Back
Dinner and a show....