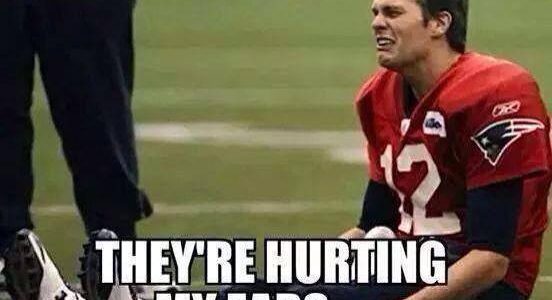 One of our Chiefs Players decided to sit through the National Anthem tonight. It was on Facebook. I decided to go read one of the 1.4 million comments that were posted at the time. I was saddened by the hate between people. I’ve always prided myself on trying to get along with everyone. I understand we don’t all have the same opinion. We don’t all think the same way. We don’t all have the same experiences. Imagine a world where we all did. Pretty boring, right? Those differences help us grow. But in the last few years, people have gotten downright rude if you don’t believe in their standpoint.

Those differences help us grow. But in the last few years, people have gotten downright rude (cruel if you will) if you don’t believe in their standpoint. I’ll concede… it is hard to listen to someone put down my beliefs and my viewpoints. I’m pretty passionate about Agriculture and I’m an Agvocate. I can sit and talk differences with someone until they start verbally putting me down to my face. If they don’t agree with my standpoint… well I probably don’t agree with theirs, but I can still talk to them. Maybe you’d learn something, but verbally belittling me because of my viewpoints. Well, that’s another story.

I’m not a huge fan of Carrie Underwood and her standpoints against Agriculture. I’d be willing to talk to her if I ever had the chance (which I won’t so whatever), but I don’t see us belittling each other. But you put yourself behind a computer screen and it seems like the rules change.

I’m not trying to start something here. I wear my heart on my sleeve so if you have a comment, be respectful, please. I just want to say, I’m saddened by the hate. I know it will never stop. It hasn’t stopped in how many years…

So let’s leave on a happy note…

One thought on “The State of the Country”