One restaurant that seems to get forgotten in my opinion in Joplin is the Rib Crib. It is on 26th street behind a Braums and a KFC I think. Heck, I don’t even pay enough attention to know what is around them. One day Mark and I were trying to find something for lunch and happened to think, what about Rib Crib, so that’s where we went. OMG, I’m so glad we did. (there’s a reason I’m overweight… LOL).

So I went with the Philly Griller. Mark wished he’d have gotten what I did… YUM! So it’s like Pennsylvania meets Texas. Chopped brisket with mild BBQ sauce, green bell peppers, caramelized onions, and Cheddar, on Grilled Texas toast. I could have eaten two although I was full with one and I really don’t need 2. Then I got a side of Onion Rings. They were the big rings that were nicely battered. Definitely would get this again! 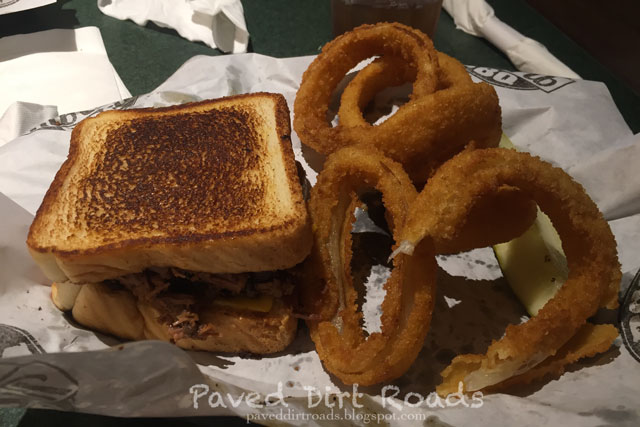 We can’t decide what hubby had. He thinks it was like called a gut buster or something. But there were 3 meats and 2 sides. He had brisket, polish sausage, and pulled pork, and smoked turkey. 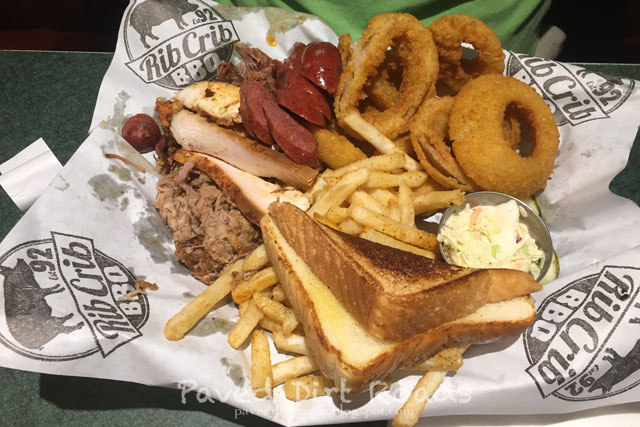 Next time, he might go with what I ordered ;).