If there’s one thing anyone should know, we take excellent care of our horses (and all the other critters too!!). A few years ago KG to majorly hurt. We took him to a vet down in Oklahoma and a few hundred dollar later he was on the road to recovery. Now, KG is 19 years old so he’s starting to push it in horse years, but that still doesn’t mean we can’t/shouldn’t take care of him!

This week dad made an appointment to take him to a Horse Chiropractor/Acupuncturist to see if maybe that was what was making the old man ache so terribly. Friday night was our appointment so we loaded him up in the trailer and headed to the Vet.

When we got there, dad and hubby unloaded KG. Tbug and I walked off just to the side to stay out of the way and this huge fat cat came to greet us. At one point the cat bit me which made me jump and laugh, apparently we weren’t paying enough attention to him… lol. 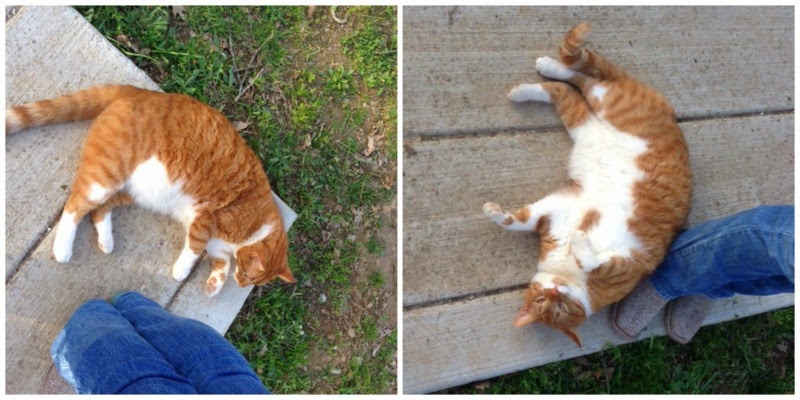 If you see the lines on KG right around his ribs, that was the acupuncture point. The vet was drawing all the lines to make sure everything lined up where it belonged. 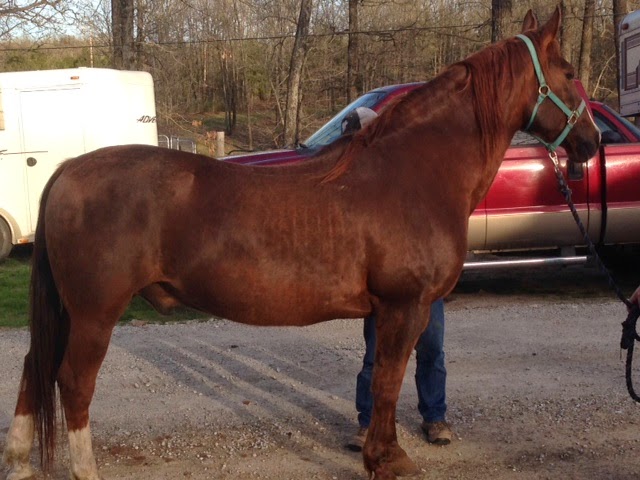 Then it was time to start the chiropractor portion of the session. KG wasn’t tooooooo sure about those bags the vet was standing on. Although I should tell you at times KG is afraid of his own shadow I think… 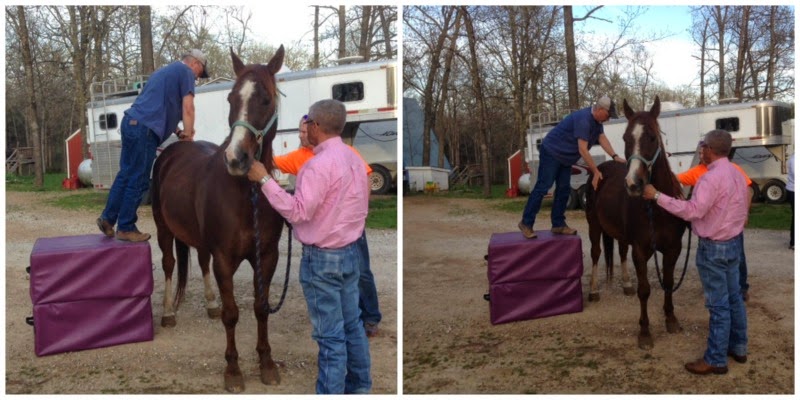 Then he switched to the other side. KG stood still for dad and hubby was holding just to make sure he didn’t move away from the vet. 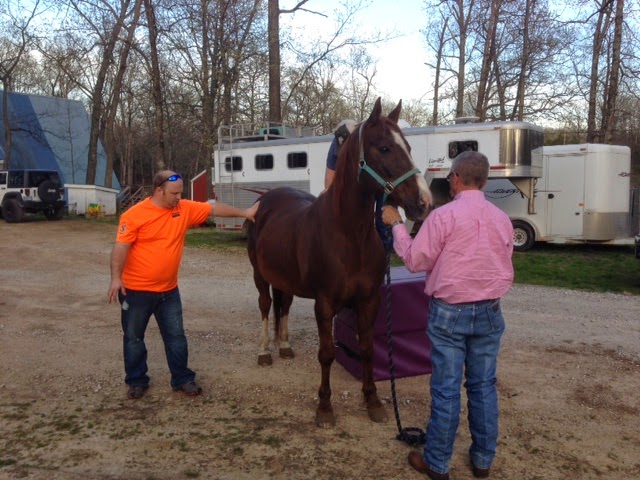 Once they started working on KG’s neck, it took both dad and hubby to hold KG’s hip. They were running around each other trying not to get stepped on and stay out of each others way too. It was quite a spectacle to watch really. 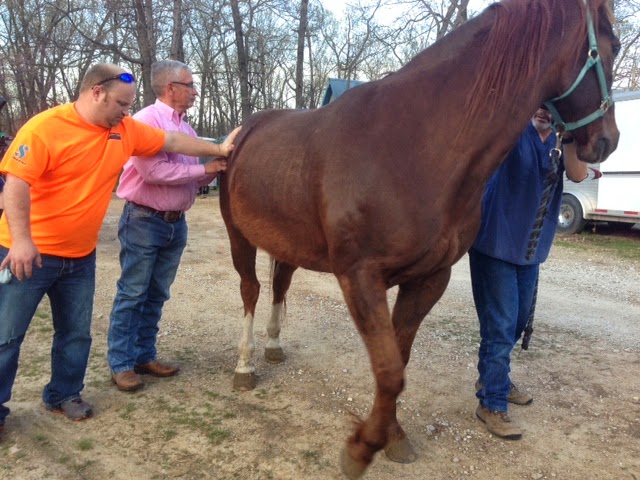 Then the vet worked on alining his neck. 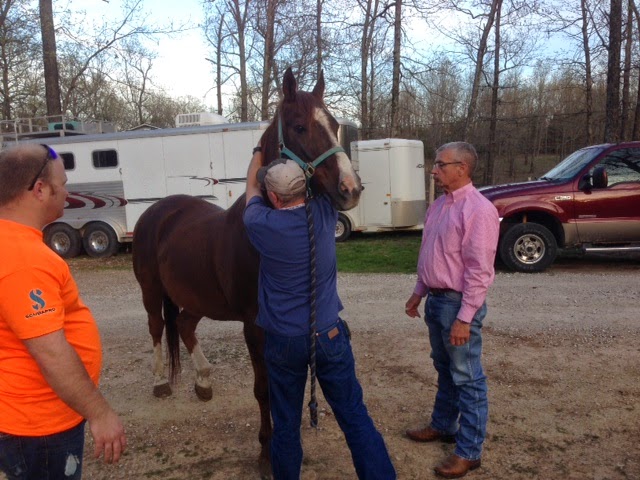 We were told we couldn’t ride him for 24 hours and when hubby walked him to the trailer to load him back up he was walking a little funny. The vet said that they were putting all of his joints back in alinement. I asked dad on Sunday how KG was doing and he said he’s not 100% but he’s way better than he was.

As we were leaving we saw this gorgeous sunset! 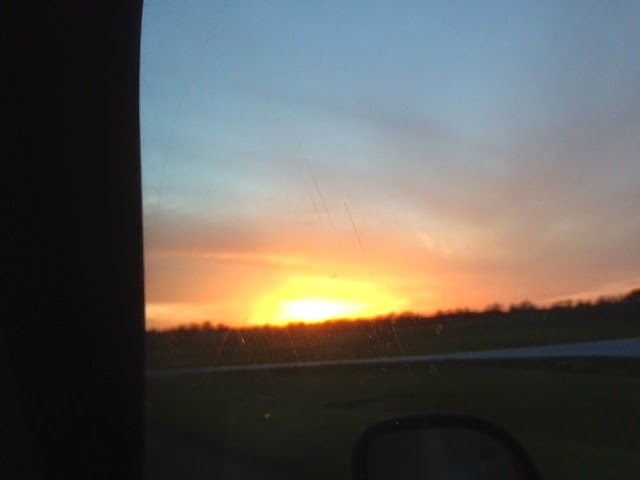 So mom asked where we wanted to eat on our way home. None of us really cared. By that time it was like 8 or so and we were just hungry. We decided upon Texas Roadhouse so we wheeled the truck and trailer in and went to eat.

The start you off with these awesome Yeast rolls with cinnamon honey butter. You could actually just eat the butter with a spoon, but the rolls make it that much better! 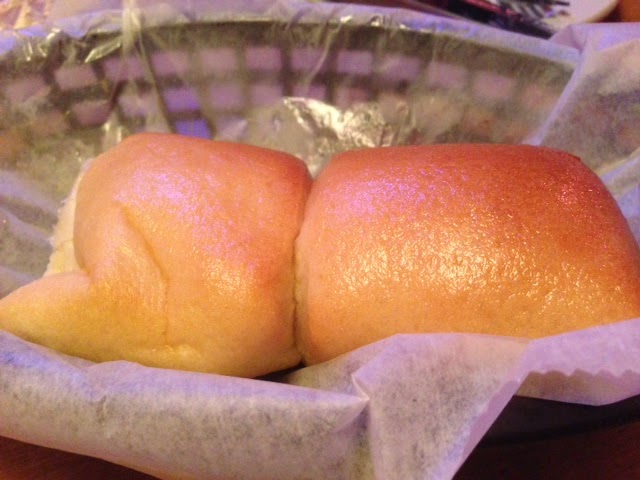 Hubby and my meals both came with 2 sides. He went with one of his sides as Chili and I went with a house salad with Ranch. I’m not a huge fan of egg on salad and I didn’t know their house salad had egg so I ate around the egg. Otherwise it was yummy and the croutons were great. Hubby really liked their chili. 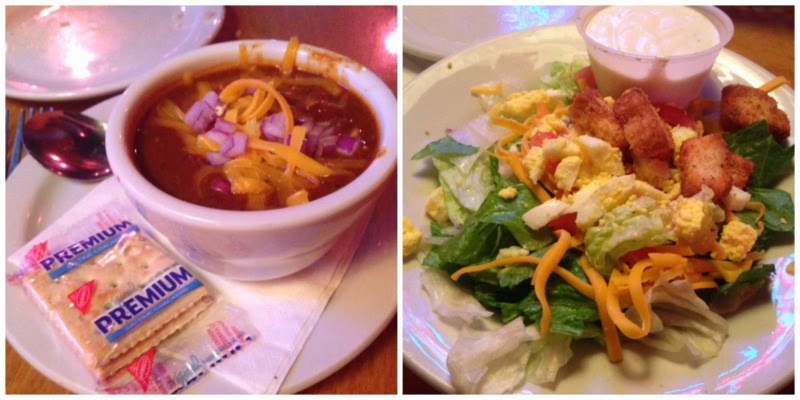 Hubby went with the Double Pork Chop served with a Peppercorn sauce. The sauce was really interesting and really good. The pork chop was great too. Then he got a sweet potato as his 2nd side. 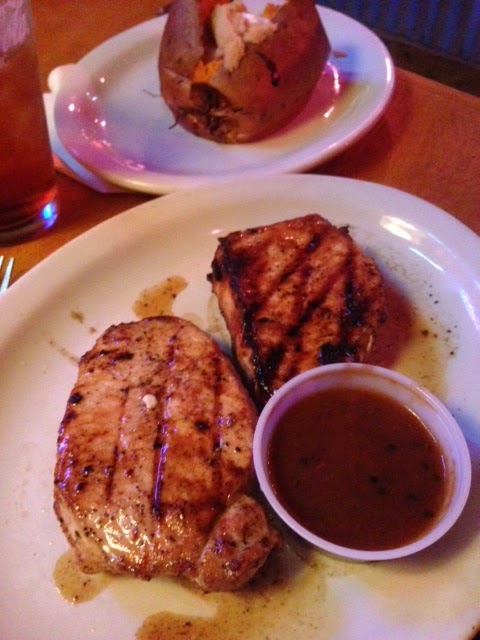 Since Peanut still isn’t digging steaks (which by the way you can pick your own if you don’t want to order off the menu…) I went with the smothered chicken. Grilled chicken breast smothered in onions and mushrooms and topped with Monterrey Jack Cheese. Holy YUM! And my additional side was apple sauce. btw, I always forget how much I like applesauce :). 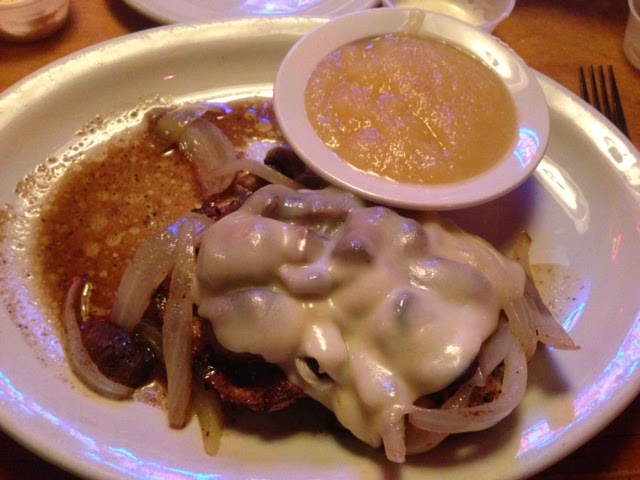 As we were leaving I saw this, which was really cool, especially because it was before the handicapped parking. Sweet! 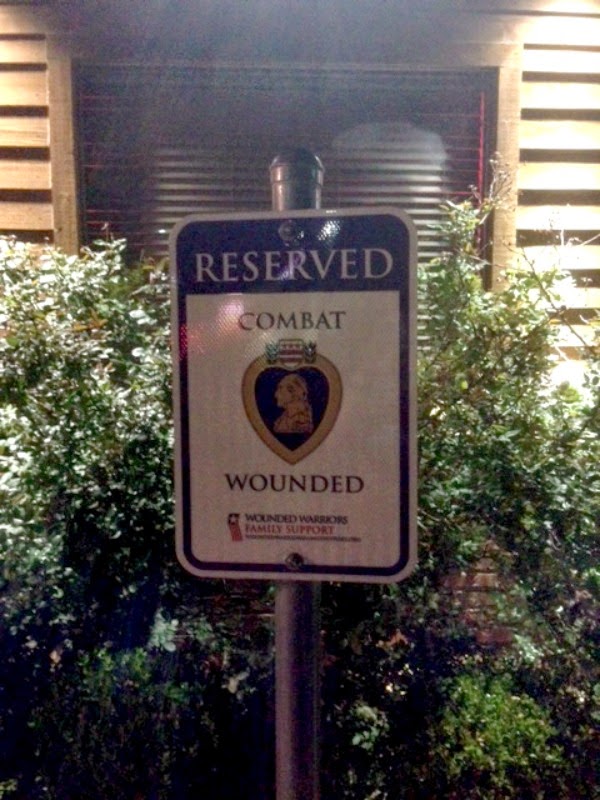 And that was our Friday night and our trip to the Vet Chiropractor for KG!