When I first started coming around my husband and his family, his sister was always referring to hanging out at “The Shack.”  Not gonna lie, I had no clue what on earth she was talking about.  I guess shame on me I never asked either so most people assumed I knew.

Jump forward about 3 years and hubby and I were finally invited to dinner at the Shack.  Finally I asked, “What is The Shack?”  (Yup, took me that long to finally ask…)

My Sister in law’s in-laws have this little cabin on their place that they refer to as The Shack.  I guess it has been there long before my SIL was married and she’s been married almost 10 years.  She told me the other night that one portion of the shack was all that existed before they were married, and soon after they began working on the second part.

Dick & Pat (Liss’s inlaws) I’m fairly certain know no strangers.  I was told once, if the shack is “open” and Dick is there, anyone is welcome :). 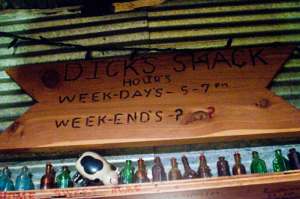 The Shack is also a large eclectic array of memorabilia from all over the country and the world.  You’d truthfully be surprised at some of the things people have sent and or left for the Shack.  There’s truly a bunch of history in all this stuff.  And I’m not going to lie, there is so much, you can’t see it all in your first gander.  I’ve been there twice now and I’m still finding new things, although that may be partially due to the fact new things are constantly being added :). 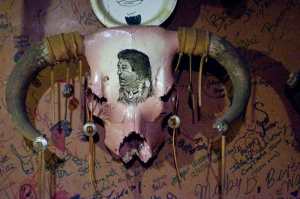 And you’ll notice all the writing on the walls… That is one of the traditions, your first time to the shack, you sign the wall! 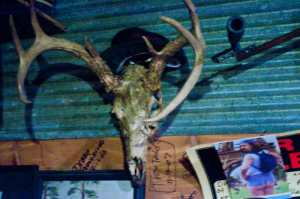 Above the cups you’ll notice some beer bottles.  They are from all over and some seemed pretty old. 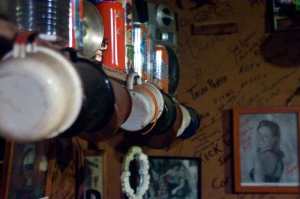 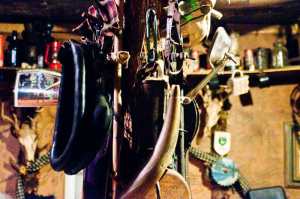 Money from all over that people have left for Dick. 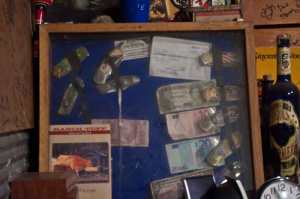 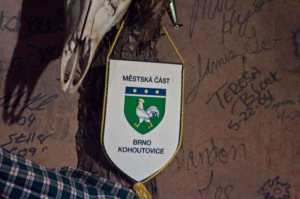 Truthfully, there is so much information here, I wish I could remember everything Dick was telling me.  Sadly I just can’t 🙁  Guess that means I’ll have to go check it out and pick his brain again :). 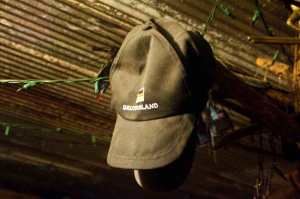 Sometimes being the photographer and blogger that I am, I have to remind people that I was in fact there also :).  My MIL is sitting next to me 🙂 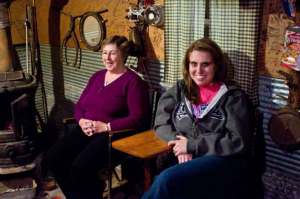 And now you can’t have a good get together without food!  Sorry it just doesn’t happen that way.  And being Thanksgiving week, why not have a Thanksgiving meal among friends!

We had ham, green bean casserole, potato casserole, gravy, deviled eggs, pickled green beans and so much more I can’t even remember it all! 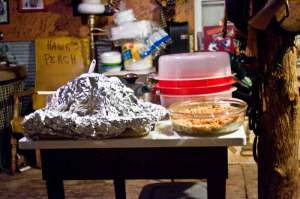 When hubby heard about the deviled eggs he jumped all over it before anyone even ate.  He was afraid he wouldn’t get any otherwise. 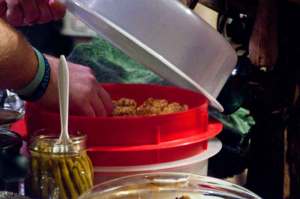 And then finally, it was time to chow down. 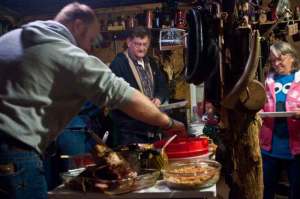 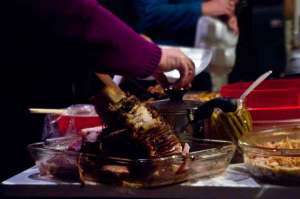 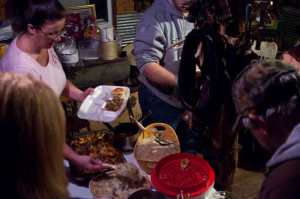 And after taking this photo was about the time I fell off the chair I was standing on.  See what I do for you guys and my photos! 🙂

After dinner was over we were treated to a nice array of desserts.  No pictures of those apparently… I’m not finding any anyway.  My Mother in law made this wonderful pumpkin cake thing with this new stuff called cool whip frosting.  Never had it before but it sure was yummy!

Then Dick convinced hubby to strum a bit on the guitar.  My SIL joined in with singing. 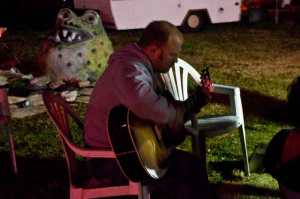 Do you remember Wilson Wilson (for some reason I even want to say his name was Wilson Wilson the III or something like that) from Home Improvement?  This so could have been a way for him to be “seen” :).  My MIL was basking in the warmth of the heat! 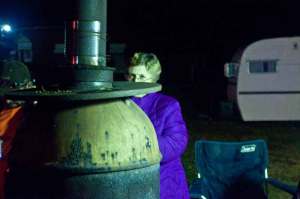 Later everyone migrated inside and Dick had pulled out an old record player and some 45’s and we were getting down to some fabulous music! :).  There might have even been a little bit of dancing by my MIL 🙂 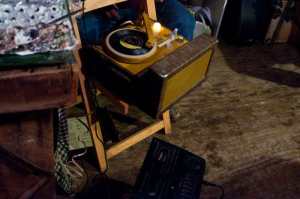 And that ladies and gentlemen is, The Shack! 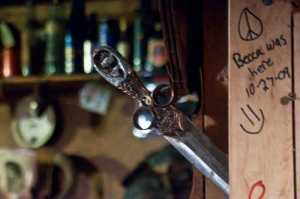 9 thoughts on “Thanksgiving at The Shack”