A few weeks ago we actually had snow… can you believe it? Snow. Last week we had an ice warning and a couple weeks before that we actually had snow. Okay okay so it was a light dusting, but still…. We had snow. I think we had one snow day last winter too. So far this winter, I think I’ve warn my heavy coat twice maybe. Once was in Texas and the other was up in Kansas City. Not even around here, granted we’re only 2 1/2 hours south of Kansas City. And I just got a new heavy coat for Christmas. Anyway, I have it so I’ll be ready! 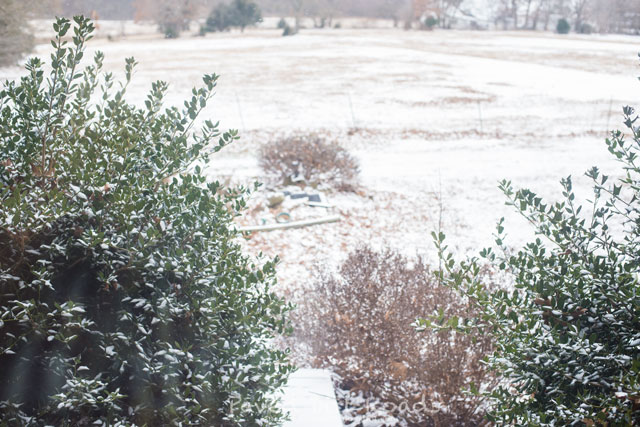 That morning when I woke up, I was in the mood to bake. I had a bunch of bananas that needed to be used for banana bread or cake or muffins or something of the sort. 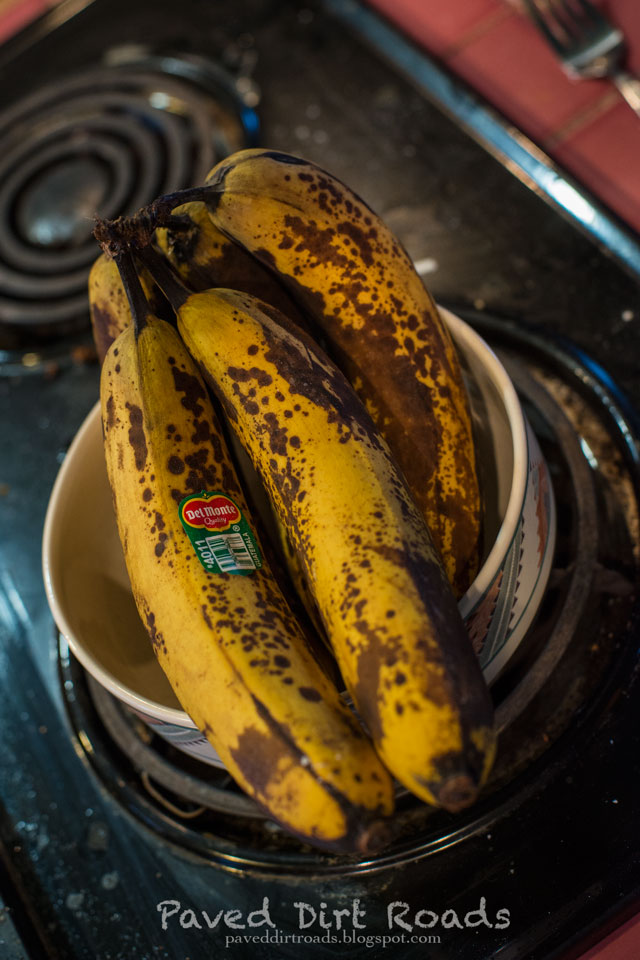 When my parents went to Hawaii they brought back a banana bread mix. Now I never had enough bananas for the mix because usually I had 1-2 and this called for 5 but this day I actually had enough. 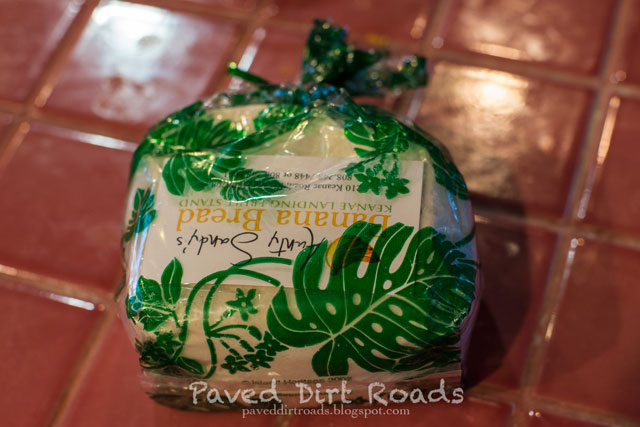 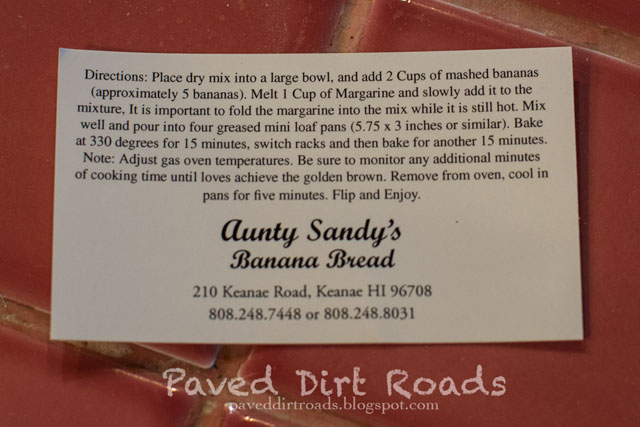 I even followed directions and mashed the bananas before adding to the mix. Usually when I make banana bread and it says to mash them in a separate bowl, I usually just peel and mash in my hand as I’m adding to the banana bread mixture. Yup, that’s me. I follow directions real well sometimes. ha! Hey, they get mashed I just don’t dirty up a bowl that way. All I have to do usually is wash my hands. But this particular day I was feeling real rebellious and mashed them in a bowl. Look at me go. 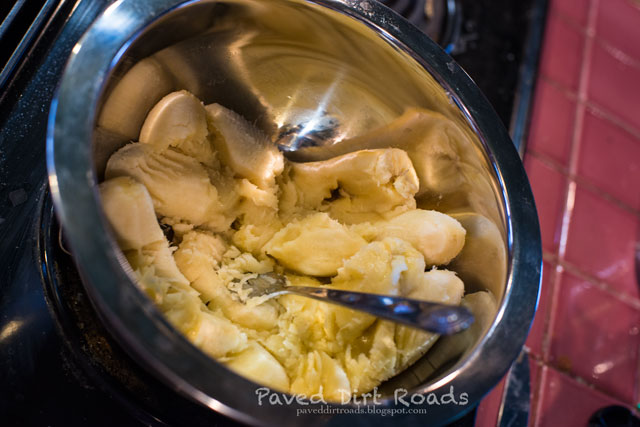 Now it called for 4 mini loaf pans but I don’t think I own mini loaf pans so I made 2 regular sized pans and just separated between the two. I had to bake a little longer but it worked out perfectly! 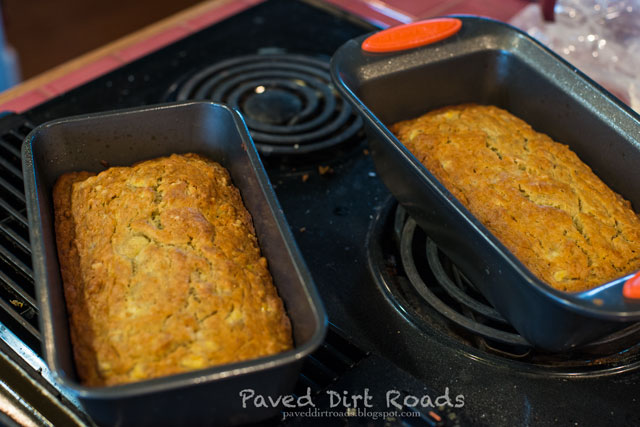 And this stuff was friggin awesome. Now I want to know how they made it. It was strange all I added were the bananas and some melted butter. No eggs… wonder if they used meringue powder in it? Who knows… all I know is YUM! 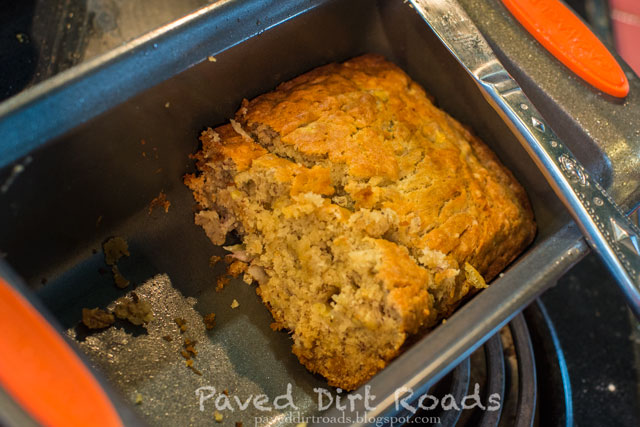