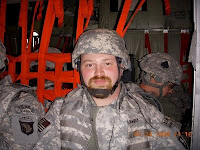 Isn’t it strange how life works? Going along in your own little world and everything just gets turned upside down in a very fast whirl wind. Sometimes you don’t even have time to stop and say huh??? Well that has happened to me this year, but I’m going to tell you… sometimes just hang along for the ride because it is well worth the end result! I was going along dating the same guy for over 5 years. People would ask so what’s the deal with that. I was like well I don’t know but I know eventually something will happen. Boy who knew when I made that comment my life would break loose and something would actually happen! Long story short, people who gossip can actually change a person’s life. At the time I thought it was a bad change but I finally was able to step back and take a closer look at the way things had unfolded and saw that something better was just around the corner. Breaking up with someone after 5 1/2 years is a Shocker to your system. I didn’t sleep very much for an entire month and I LOVE to sleep. What little sleep I actually did get was because I would pass out from exhaustion. This all started right around Father’s Day.

The Thursday after I got the urge to buy a laptop. I had the money and had wanted one for years so I just did it. The following Sunday I was at a friend’s house “stealing” their internet and was messing around on Facebook when I ran across an old high school friends name. I didn’t really think it could be him but I went ahead and hit request friendship button. Within 24 hours he had accepted my friend request and sent me a message. Well we wound up talking through fb for a while until we exchanged phone numbers. He didn’t sleep at night (at the time) and I couldn’t sleep. 4th of July weekend we went to my aunt’s house down in Southern Oklahoma to ride horses and hang out by the pool and really just get me out of this area so I didn’t feel so lousy. One night I called him at midnight (again I couldn’t sleep and he didn’t). The more the month progressed; we’d talk through text, internet and phone. I learned that he’d just gotten back in March from a tour in Afghanistan.He had a little girl that was 6. He’d been married but was divorced. He learned I’d graduated from College, that I’d dated the same guy for 5 1/2 years and we’d just broken up, (etc. from both ends). It was so nice to catch up with someone

like that! In fact we both learned of the crush we each had on the other back in high school. Odd how things like that happen! Toward the end of the month one of my dinners came up, of course same weekend he was coming home and asked if I’d like to go with him somewhere. Turns out we wound up doing my monthly dinner. I was out with him that night until 3am just talking and catching up. The next day I went to his house before he left to go back to Kentucky where he was living/working and spent as much time with him as I could. Then I went home and bawled my eyes out. This was the first date I’d agreed too since I’d broken up with the ex. I didn’t even know why I was crying. I finally got myself under control and am proud to announce that I’ve been dating this great guy now for 3 months. He treats me like a queen; I hope he feels like a King!

Blacksmith Day....
Breaking a Calf to Lead
Letter To Yourself in 10 Years | Blogtober '14
Better Person